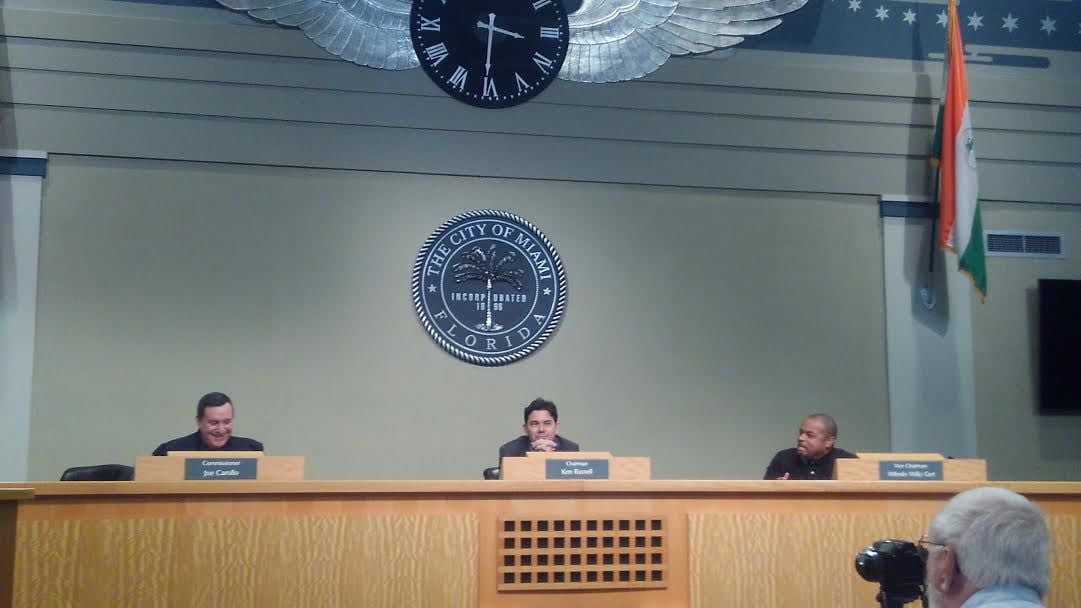 (L to R) City Commissioners Joe Carollo, Ken Russell, and Keon Hardemon at a special meeting to attempt a let’s kiss and make up strategy to bring Ultra back.  Photo Courtesy David Winker 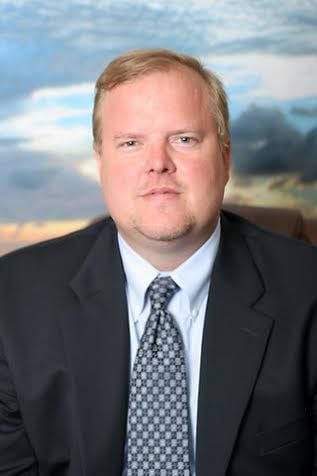 (L to R) City Commissioners Joe Carollo, Ken Russell, and Keon Hardemon at a special meeting to attempt a let’s kiss and make up strategy to bring Ultra back.  Photo Courtesy David Winker

In medicine when a patient unexpectedly dies there is a post-mortem, where the caregivers involved examine what went wrong. May 21, Tuesday’s City of Miami sunshine meeting regarding Ultra Music Festival was a combination post-mortem, post-breakup “what went wrong with us” and a call to action.

It resulted in a motion to put Ultra back on the next city commission meeting agenda, as well as directing city manager Emilio Gonzalez to renew talks with Ultra.

Commissioner Keon Hardemon began the meeting by speaking on the economic impact to the city upon losing Ultra. Commissioner Joe Carollo then focused on the problems the festival caused.

Commissioner Manolo Reyes expressed disappointment and frustration with how Ultra terminated the license agreement without talking with the city and compared it to receiving a "Dear John" break up letter out of the blue.

In an interesting exchange with manager Gonzalez, Reyes asked for an audit of this year’s concert, including amounts charged to Ultra by the city and whether Ultra complied with its obligations. Gonzalez responded that expenses were higher this year “because of the remote location” and it being the first time there. He said “Whatever he can do to get Ultra to reconsider he will do.”

Russell echoed the general frustration about lack of communication. He said he had told Ultra representatives that he was “willing to work with them to address problems,” but Ultra didn't come to speak with him and he said “"I haven't heard from them since.” He also commented on the fact that no Ultra representatives were present. Michelle Nahmias, a lawyer in Ultra’s legal department, was in the chambers following the meeting.

The million dollar question, of course, is where the city of Miami can put Ultra. Back at Virginia Key appears unlikely, given the problems at this year’s event and that every indication is that Ultra never wanted to be there in the first place.

There is also the possibility of a return to downtown, but that would be an uphill battle with downtown residents who just forced Ultra’s move. Russell strongly doubted the viability of such a move, saying he would be “very surprised if they could make downtown work... without a civil war with residents.”

The elected officials and city employees at the meeting acknowledged the urgency of the situation given public overtures to Ultra by Homestead and Miami Beach. In fact, Tuesday’s meeting finished just before the city of Homestead special call meeting to discuss Ultra at 5pm.

The meeting ended with a motion to put Ultra back on the next city commission meeting, as well as directing manager Gonzalez to immediately reach out to Ultra and begin discussions.

Approximately 40 people were in attendance and it was not open for public comment. At closing, Key Biscayne Council Member Luis Lauredo approached the podium to speak, which immediately devolved into him and Commissioner Hardemon speaking over each other, and Hardemon ending the meeting while accusing Lauredo of not “respecting” him.

Editor’s Note: David Winker, Esq., is the attorney suing Ultra on their move to Virginia Key on behalf of Brickell Homeowner Association.