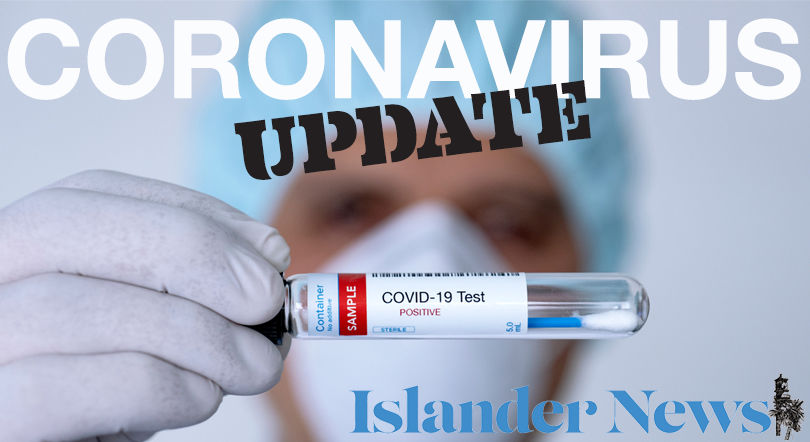 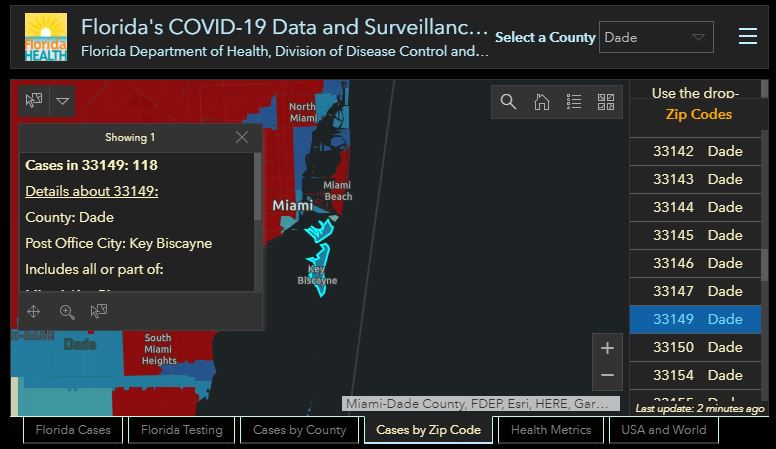 This continued the spike on the number of cases in the month of June. Since June first, when zip code 33149 reported 72 cases, 46 new infections have been recorded on Key Biscayne during June.

This as County and Village government have increased safety measurements and enforcement efforts, like mandatory wearing of facial coverings in public, closing the beaches for the upcoming 4th of July weekend and cancellation of the Fourth of July parade / caravan scheduled for Saturday.

There are now over 1,000 virus-related deaths in Miami-Dade County after 16 new deaths reported overnight.

The rate of positive tests results in Dade was 17.7%, making it the third straight day over 17% and seven out of the last eight days reporting a positivity rate above 14%.

Broward now has 15,624 residents infected with the virus while Palm Beach reports 14,150.

Beaches in all three counties are closed for the Fourth of July weekend, along with beaches in the Florida Keys.