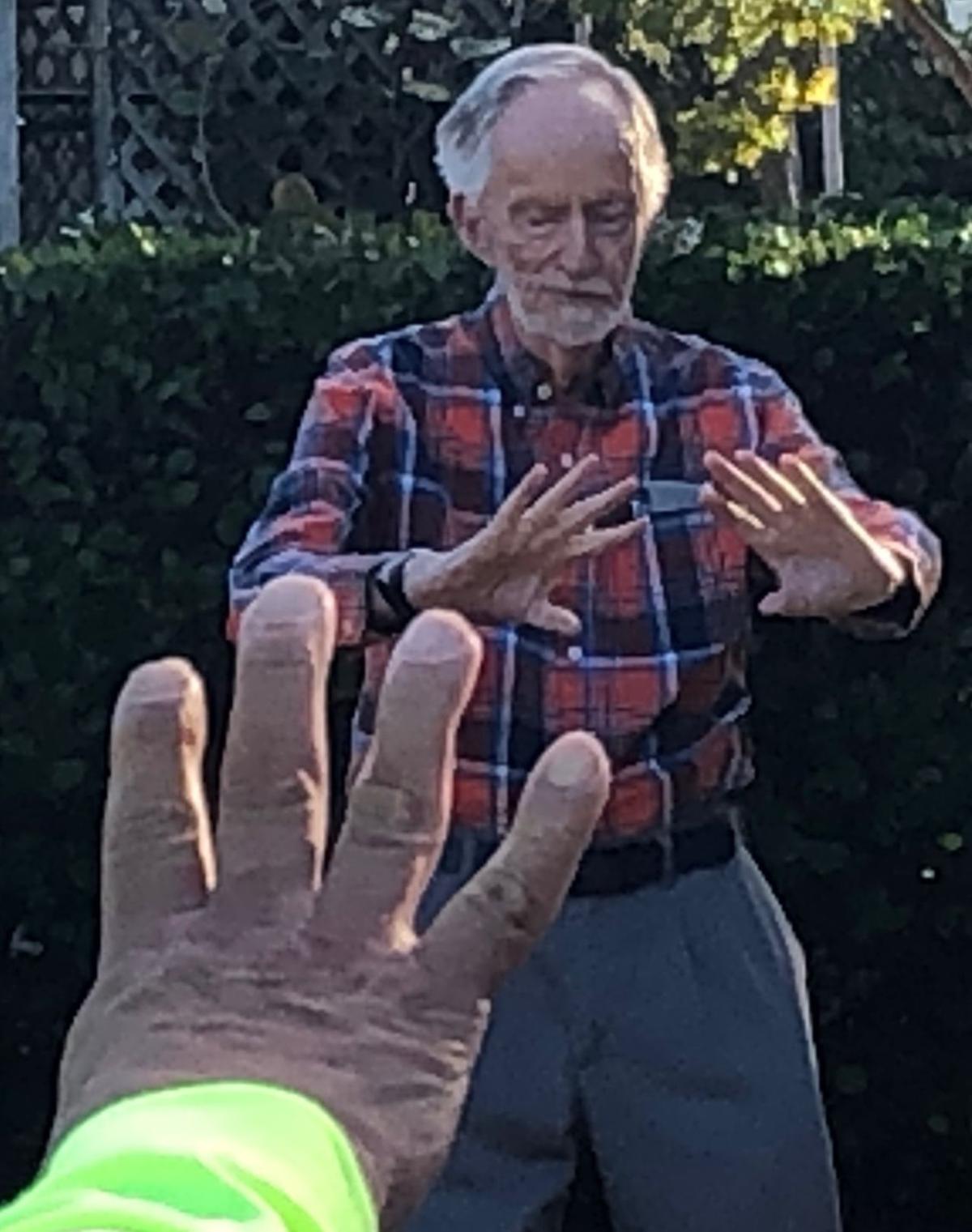 Tai chi on the Village Green 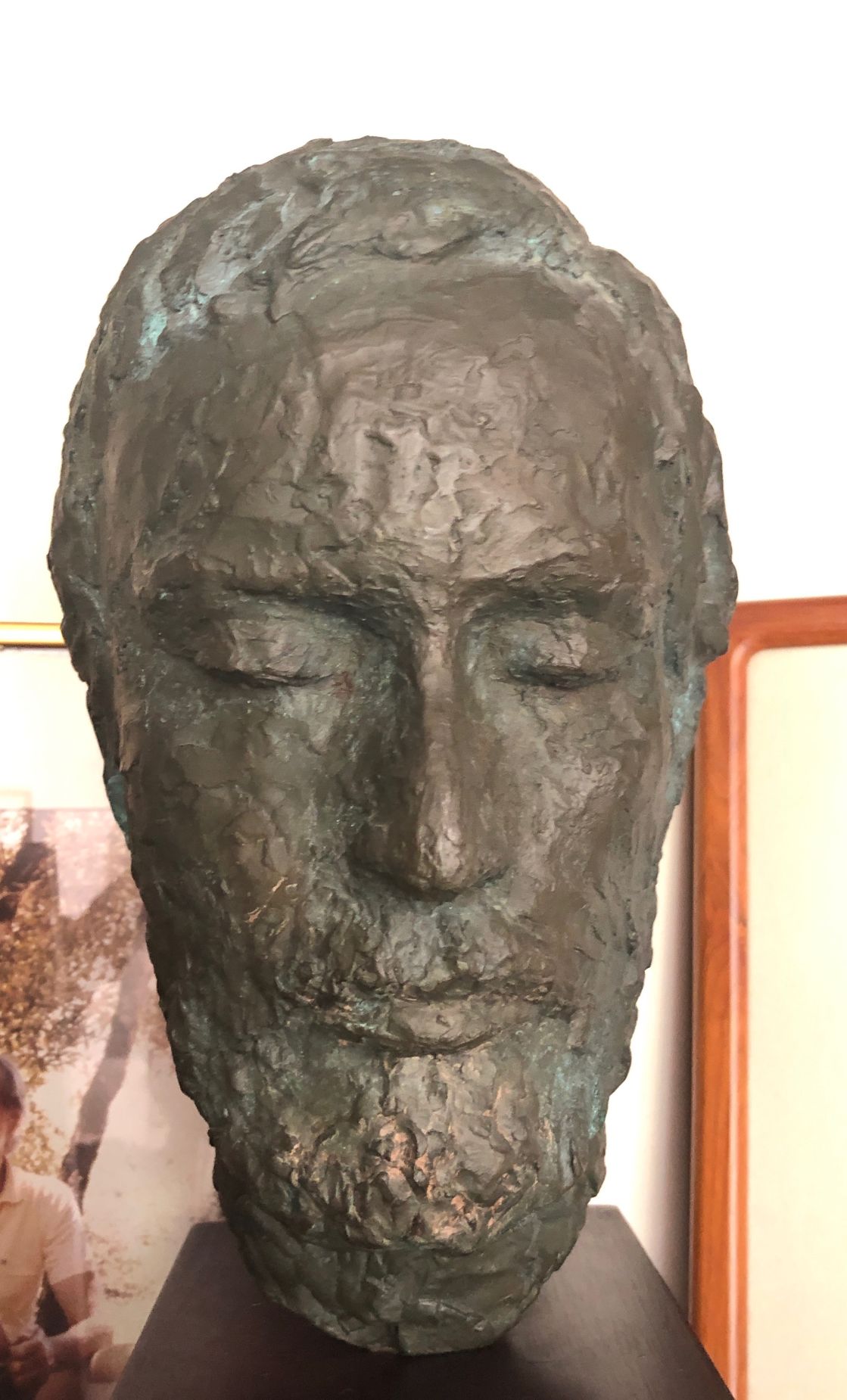 Bust of Marius sculpted by his mother long ago

Tai chi on the Village Green

Bust of Marius sculpted by his mother long ago

The Village Green is full of visitors on Sunday mornings who don’t sleep in. Someone will be kicking a soccer ball, pushing a stroller, stringing up balloons, dog walking, or emptying trashcans as a helicopter buzzes overhead.

Yet nothing disturbs the circle of tranquility where several dozen people of various ages, languages and backgrounds mimic the measured movements of Marius Robinson, who has been teaching tai chi/qi dong on the green for free for 20 years.

Celebrating his 85th birthday on Jan. 25, Robinson is a longtime Key Biscayne resident who has explored yoga, whirling dervishes and karate in his search for wellness and well-being. He saw Tai chi for the first time in California in the 1960s when he was incapacitated from a back injury.

“It was performed by a group of four completely in unison. I was mesmerized,” he said. “I remember thinking ‘I want to know more about that.’”

His trademark curiosity led him not to Tai chi’s intricate martial arts form but to the related qi dong “life energy cultivation” gentle movements designed to improve physical and mental health without breaking a sweat. It is now touted by Harvard Medical School.

Robinson, son of a British radar pioneer and an Austrian sculptress, grew up around Harvard where his dad and maternal uncle were stellar engineers, but he leaned more toward “softer sciences” like bird watching and butterfly collecting. He majored in biology at Stanford although his uncle Arthur, from whom he gets his middle name, thought he could be a doctor or a lawyer or both.

A baseball career was ruled out early for the lean and lanky Robinson (who tops out at six-foot-two) after an incident when he was at bat for the Belmont Hill School with two outs and two strikes.

Just as the ball crossed the plate, a Cooper’s Hawk flew over head and grabbed his attention. Strike three at the most crucial point in the entire game. “After that….” he shrugs, his soft voice trailing off.

His dad thought he was bright enough to do anything he wanted, but he admits he tended to be lazy and slow on the follow through.

“I went through a lot of different interests.”

Out of college, he set up a company to sell office furniture and then ventured into making roofing shakes. “I never took a business course in my life, but I had the arrogant thought that I could do this.”

It was only after he chanced on Adam Smith’s “Super Money” in the 1970s that he discovered he was a natural at picking investments. “This time I stuck to it.”

By the time he and Steve Minor, a local realtor, met in karate class, he had established “Life Enhancement Forum,” a program sponsoring alternative-health speakers. One teacher taught them the Shanghai-based Liangong form.

“After four or five months, we pretty much had it down,” says Minor, who co-led the park sessions until he became too busy.

Robinson continues to support the Life Enhancement Forum through the Key Biscayne Foundation, bringing in speakers on topics like brain health. He also pushes for more ballroom dancing in life.

“My mother sent my brother and me to dancing lessons when I was 14 or 15, and I’ve been more or less dancing ever since.”