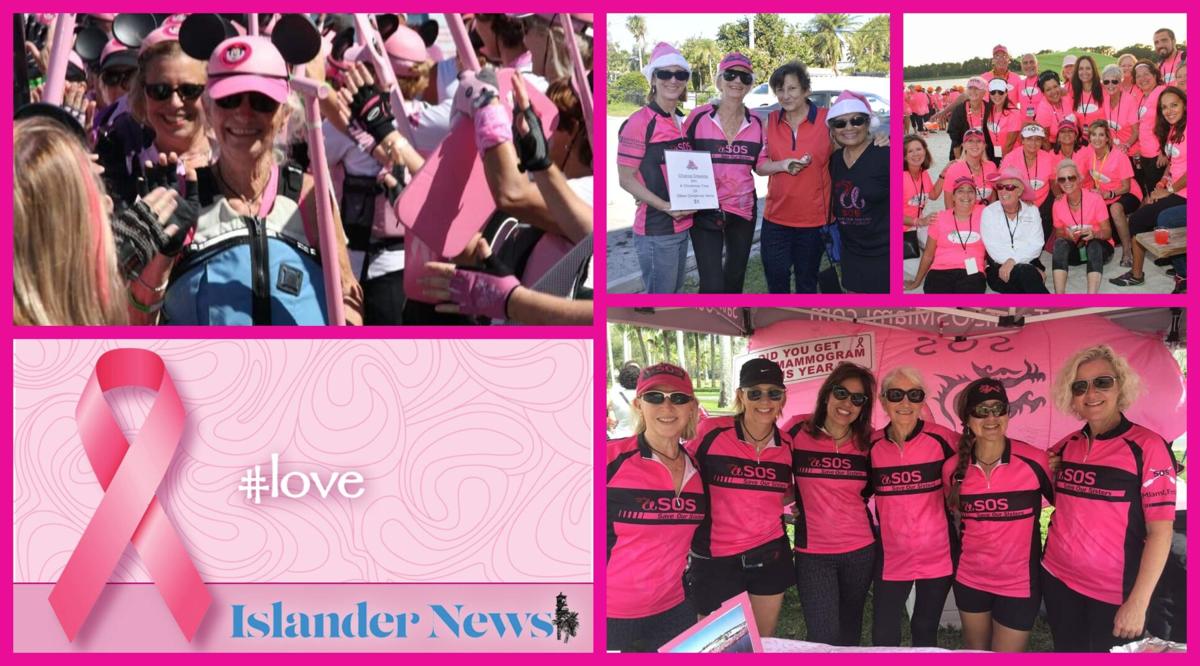 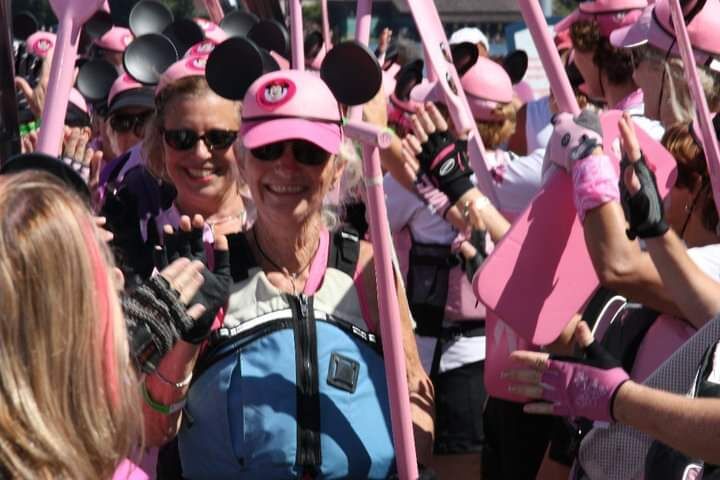 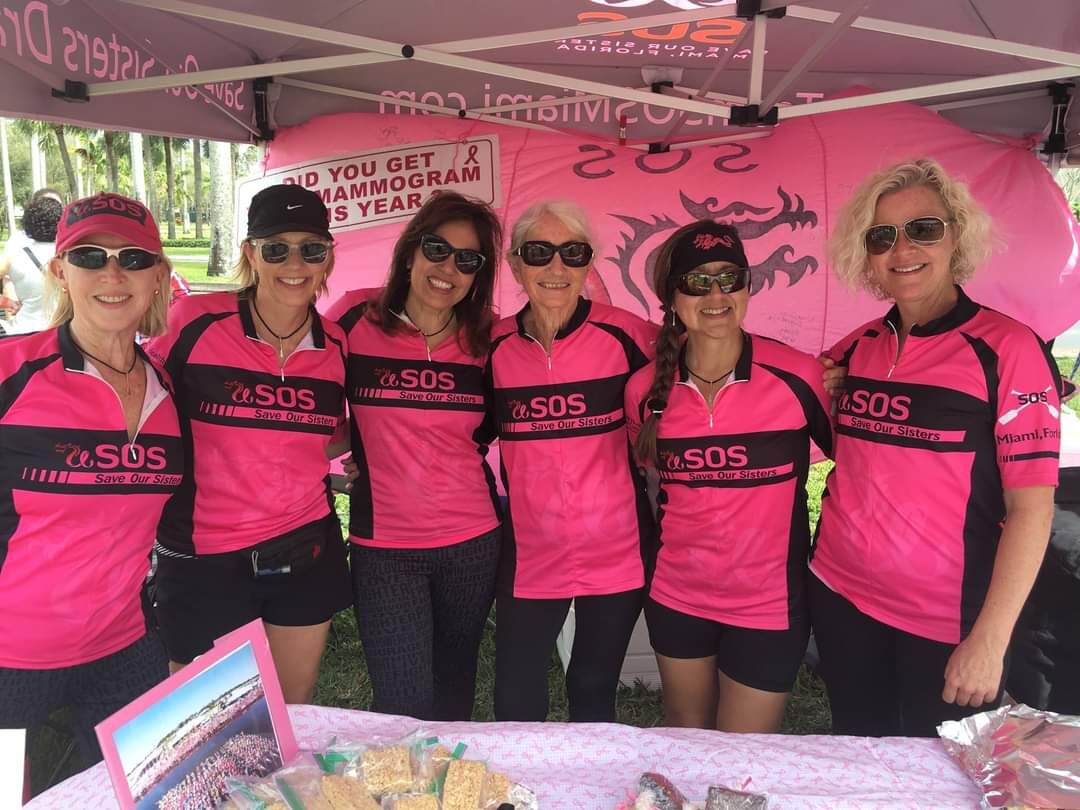 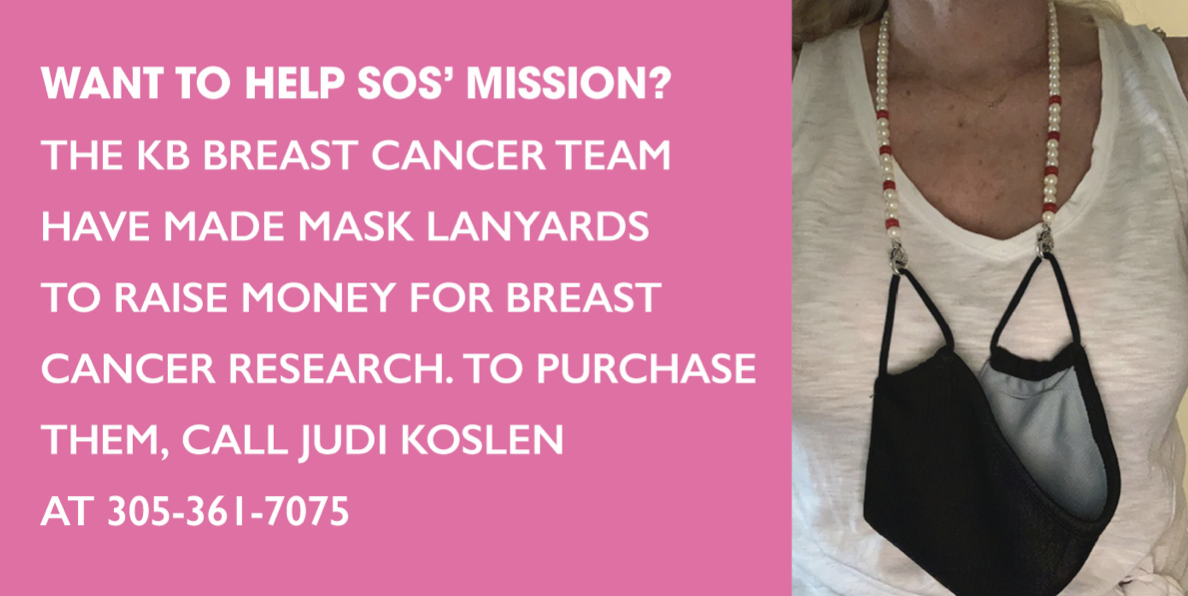 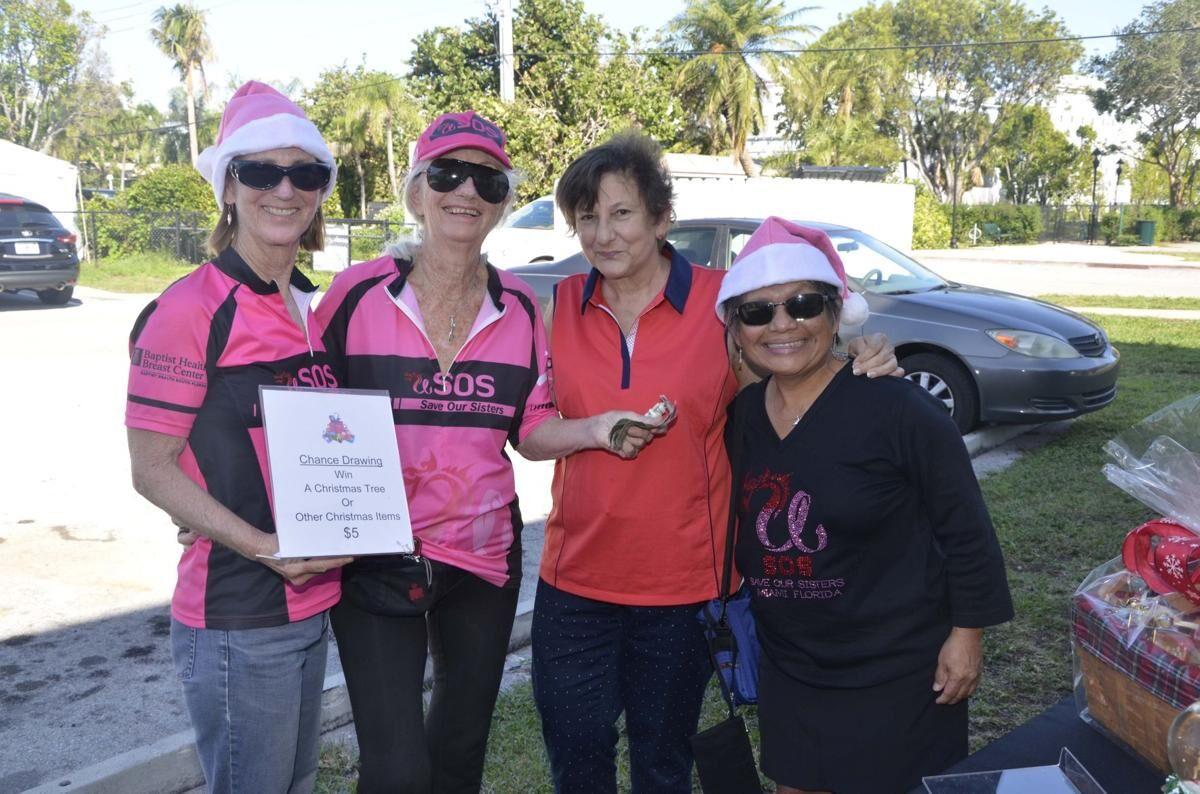 Asked to describe the difference in treatment then and now, Koslen, a long-time Key Biscayne resident, said: “It is almost as if back then they were first grade students and now they are college students.”

Koslen’s second diagnosis came two years ago. She received a lumpectomy and radiation both times.

She said the surgical procedures were very different. For the first, she was hospitalized for two weeks and was not able to leave her house for three months after the surgery. “I did not have the use of my arm for almost a year,” she said. Her procedure was done at the old Cedars of Lebanon medical facility. “They cut so deeply and took out all my lymph nodes, instead of just one to biopsy.”

The second time around “was a piece of cake,” she said. “I was in-and-out in 24 hours; the doctors today are so amazing.” This time around, Koslen received her treatment at Mount Sinai Medical Center. “They are amazing, the place is so clean you could eat off the floor.”

“I now go every six-month for a checkup, and have been doing so for 40 years.”

Koslen moved to Key Biscayne in 1973 from Cleveland, Ohio, having graduated with a degree in Social Work from Cleveland State University. “I went from a degree in social work to be a bead stringer,” she said, referring to her work at the old Sonesta Hotel, where she earned the affectionate nickname Jewelry Judi.

“I got to Key Biscayne almost by accident,” she recalled. “We were moving, as my husband was transferred to Florida. We went to a hotel in Miami Beach and they were oversold. I then wanted to take my son Jim and daughter Carolyn (then ages 11 and 4) to the Seaquarium, and I wanted to know what was at the end of the road, so drove into Key Biscayne.”

Koslen rented a room at the Key Biscayne Hotel for a week, then visited a real estate office and rented a house for $325 a month. “We signed a one-year lease, then went back to Cleveland to pack and return so my kids could start school.”

Carolyn Koslen, Judi’s daughter, said they first settled in a house on Fernwood, eventually moving to a 3-bedroom port-hole Mackle on Ridgewood, where the family lived for 20-plus years.

When first diagnosed with breast cancer and receiving treatment, Koslen was hesitant to tell anybody. Eleven years ago, however, she was invited to create jewelry for a local organization called Save Our Sisters (SOS) which provides support services to breast cancer survivors. “I had not told anybody about my cancer,” recalls Koslen. But she “fell in love” with the group and started an association with SOS that lasts to this day.

Koslen said the group has provided her with a lot of “health and mental support.”

“Victoria (Victoria Jackson) does a great job supporting our sisters,” she said. “We take them to the hospital or doctor appointments and we have even stayed overnight at a hospital with a sister.”

Asked to relay a message to a person who has recently been diagnosed with breast cancer, Koslen said, “make sure you follow through with everything the doctor tells you -- and join Save Our Sisters.”

To raise funds to support the work of the SOS Sisterhood, Koslen has made mask lanyards. To purchase one, call Judi directly at (305) 361-7057