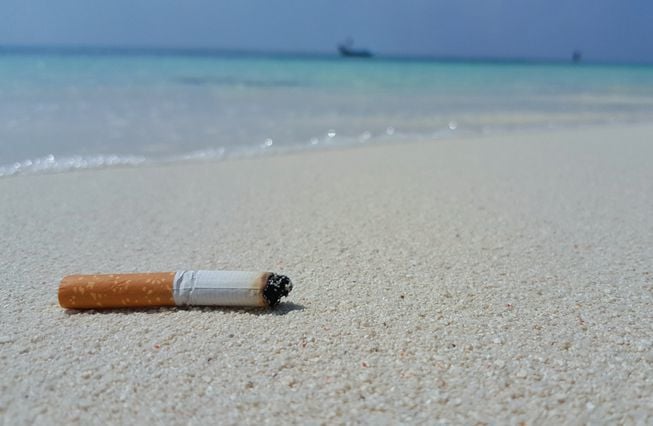 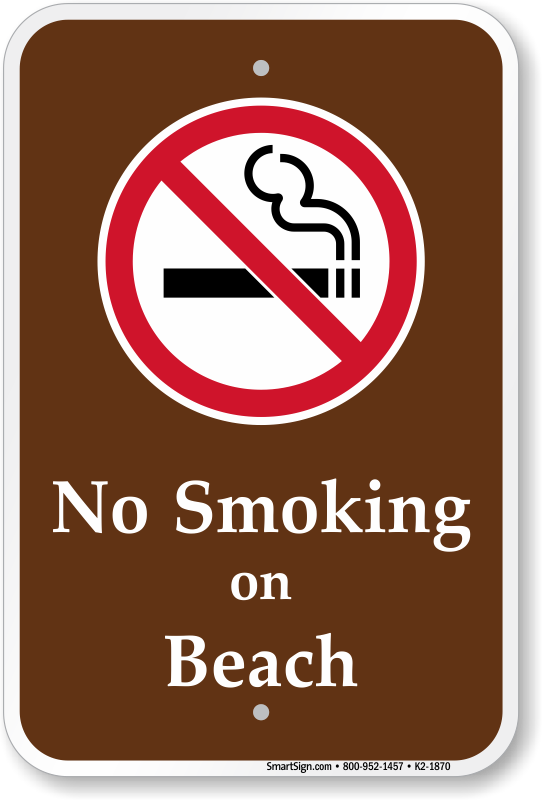 Smoking and vaping could be banned on Key Biscayne public beaches and parks by July 2020 if the Florida Legislature passes a proposed anti-smoking bill.

State Bill 670, introduced by State Sen. Joe Gruters, R-Sarasota, would prohibit smoking in state parks and permit counties and other municipalities to pass smoking bans for their public beaches and parks. Police officers could issue a $25 fine or 10 hours of community service per infraction, under Gruters' proposal. The bill would also mandate a statewide tobacco education and prevention program.

Instead of focusing on the health consequences of second-hand smoke or the risk of wildfires, Gruters' bill focuses on the thousands of cigarette butts that are discarded on beaches and in state parks. Cigarette butts are one of the most commonly littered items on beaches and parks, according to a report by the Ocean Conservancy, a nonprofit environmental organization. Two-thirds of the 5.6 trillion cigarette filters manufactured yearly are tossed on the ground, according to Ocean Conservancy estimates.

There's a common misconception that cigarette filters are made of cottony natural fibers that biodegrade easily, said Blair Witherington, PhD., a marine biologist and world renowned turtle expert with the Inwater Research Group. In fact, filters are made of a plastic polymer called cellulose acetate, which takes between 18 months and 10 years to decompose.

“We need a holistic and widespread effort to reduce the ocean's plastic load,” said Witherington. “Passing local laws like this one would be a small step in that direction,” said Witherington, whose research focuses in part on how ocean trash affects sea turtles and other marine life. He has discovered plastic fibers inside year-old turtles. Though it's hard to identify its source, the fibers could be from cigarette butts, he said.

Marie Batteux, who has lived in Key Biscayne for almost 30 years, supports a beach smoking ban. “Cigarette butts on the beach are unbearable,” she said. “I'm upset when I put my chair on the beach and find butts. Key Biscayne is a family community. It's full of kids and the young families really enjoy the beach. They shouldn't have to encounter butts.”

Gruters, who represents Sarasota County and part of Charlotte County, introduced a bill last year that would have banned smoking at all public beaches in Florida, but it did not make it out of committee.

Between 2007 and 2013, Sarasota County successfully banned smoking on Siesta Key and other county-owned beaches. The American Civil Liberties Union successfully argued that the ban punished homeless people, who patronized Sarasota County's beaches but had no convenient way to dispose of their trash, and the ordinance was overturned.

What do you think? Tell us!

Do you support the proposal to prohibit smoking in state parks and on public beaches and parks? Why or why not?

Email editor@islandernews.com and be sure to include your full name and contact info.

Golf Carts. 849 Registered with the Village

Key Biscayne, a healthy place for seniors to live

Surgical gown shortage delays surgeries across the US

Photos: America's Center Gets Ready for the annual Auto Show