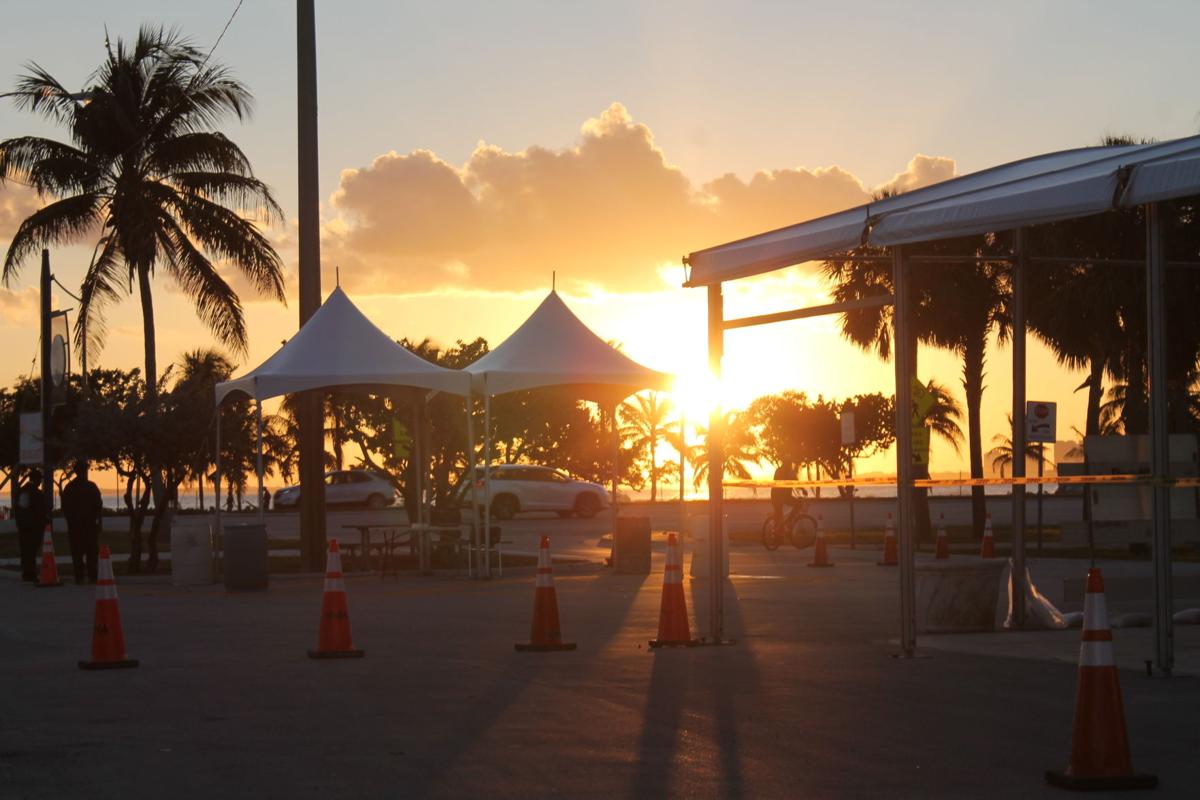 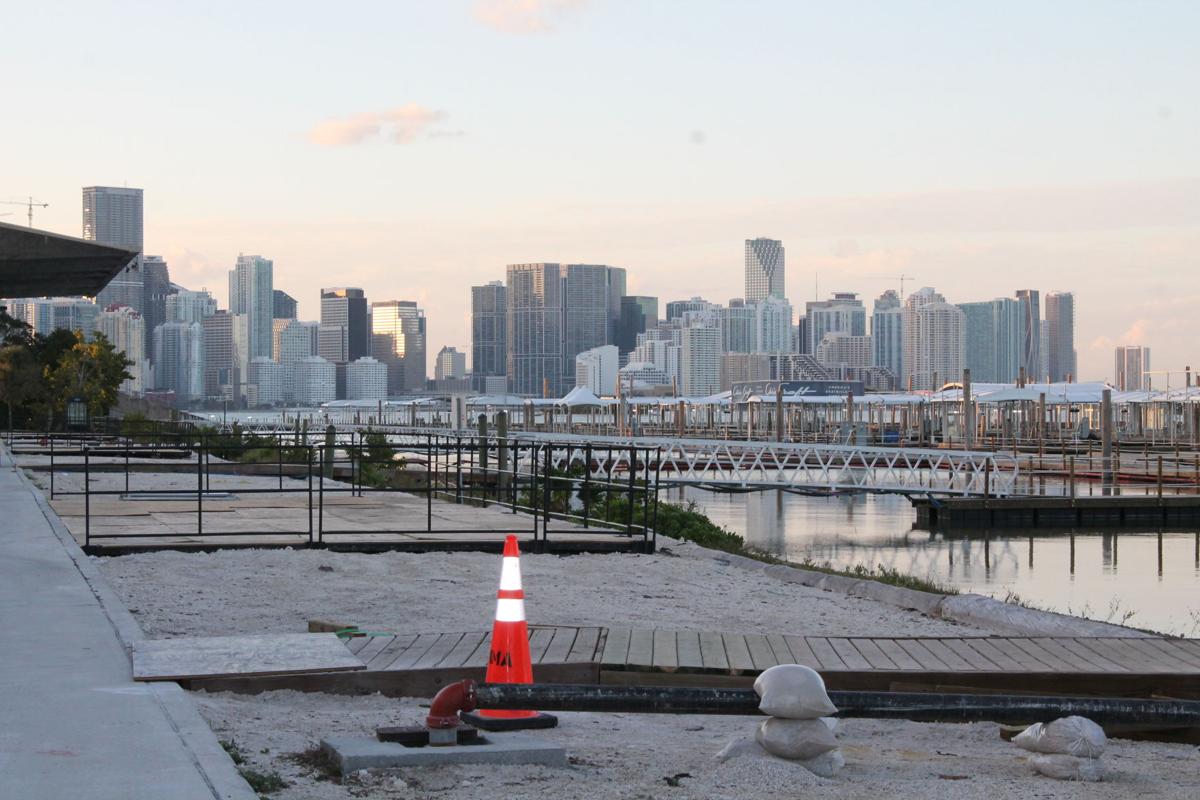 Downtown Miami skyline is the backdrop for the temporary boat docking stations at the 2019 show. 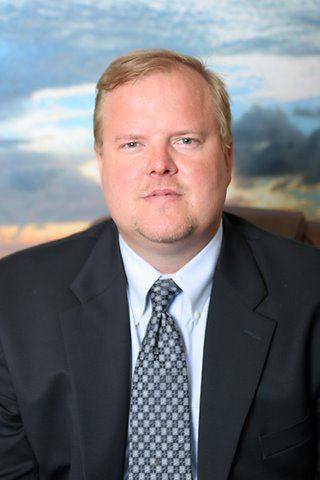 The Virginia Key Advisory Board (VKAB) received its long-awaited boat show update on July 23 from the City of Miami Department of Real Estate and Asset Management (DREAM).

“I want to apologize for missing the last meeting and for no boat show representatives being present tonight,” began Mark Burns, the lease manager at DREAM. In attendance from the city were deputy city manager Joe Napoli, assistant city attorney Xavier Alban, and Daniel Rotenberg, director of DREAM, and Andrew Schimmel, manager at DREAM.

Burns explained that while the boat show is going into its fifth year on Virginia Key, National Marine Manufacturers Association (NMMA), the company that operates the Miami International Boat Show, currently has a year-to-year revocable license agreement with the city.

The boat show moved to Virginia Key in 2016 from the Miami Beach Convention Center, when renovations began on the convention center.

Burns said the boat show statistics for 2019 were:

• Total attendance over the four day event was 91,518, a minor increase from last year. Anticipated attendance will soon hit 100,000.

• 700 vendors, a number not anticipated to substantially grow.

• Water taxis delivered 25,000 attendees this year in an effort to reduce traffic.

Under questioning from board member Lynn Lewis, he was unable to cite any background information on how the 854 million was calculated, nor where the money went.

Board Member Vernon Richter questioned Burns and Rotenberg on whether it was good management to spend $22 million on asphalt, concrete, and infrastructure needs of the boat show.

“Does the debt service on the $22 Million bond incurred used to pave over the park exceed the $1.3 million rent the city receives," asked board member Peter Ehrlich.

Rotenberg responded that the city was basically breaking even on its investment.

Burns indicated that the city was in the process of negotiating a “long term deal” with the boat show.

The board asked Burns to get them further information on the negotiations and on a number of other issues he was not prepared to address including:

• Has the boat show been discussed with Civitas, Inc., the design firm hired by the city to design the flex park space on Virginia Key?

• Why would the city agree to extend the use of the space from 40 days to 120 days during the best part of the year without increasing the rent?

• How does the boat show’s exclusive use of the park space during the best part of the year affect finding a long term operator for the marine stadium?

The boat show’s activities in Cuba and with Cuban officials, an issue first reported in the Islander News, was raised by board member Ehrlich, who asked “What consideration has the city taken regarding the boat show’s business with Cuba?” Burns and Rotenberg both stated they were unaware of any such activities. Burns told board attorney Xavier Albas that “we really need to look into it.”

Two members of the Virginia Key Alliance, Sunny McLean and Leah Kinnaird, spoke during public comment and urged the city to do a better job stewarding the park space.

“The city needs to examine if the boat show is really paying adequate compensation for the boat show’s extensive use of the space” said Sunny McLean. “I really hope that the city can step into the driver’s seat in negotiations with the boat show,” she added. Both McLean and Kinnaird urged compliance with the Virginia Key Master plan.

The master plan was adopted by the city commission in 2010 after four public meetings with stakeholders coming together to develop the best possible plan for the future of Virginia Key.

“The boat show, and its consumption of space from December to March, continues to be the ‘elephant in the room’ whether the conversation is about restoration and finding an operator for the Marine Stadium, plans for the Flex Park, the Virginia Key Master Plan, or return on investment,” Leah Kinnaird told the board.

Former Key Biscayne Mayor Mayra Peña Lindsay, who fought the boat show’s move to Virginia Key as mayor, said in a later interview that she has nothing against the boat show and her concerns focus on the plan and process of programming Virginia Key. “The boat show is inconsistent with the Virginia Key Master Plan because the footprint and extending the pack in/pack out process from 30 days to over 90 days takes the park out of public use and will deter any potential operator of a refurbished marine stadium,” she said.

“The master plan was a comprehensive process that should be respected…the failure of city officials to follow through on agreed upon policies and plans leads to a lack of trust.”

Senior vice president for NMMA Ellen Bradley did not respond to comment requests before publication deadline.

In a previous statement on related issues, director of the Miami International Boat Show Larry Berryman was attributed with the following comment:

“Virginia Key has become a key partner in helping us create a world-class event for the boating and angling community while showcasing Miami’s recreational boating heritage around the globe…We are excited to continue to work with the City of Miami, Key Biscayne, and the entire Miami community on the 2020 show and beyond, bringing another $854 million in economic activity to South Florida.”

David Winker is a local attorney who represented the Brickell Homeowner’s Association on Ultra Music Festival’s move to Virginia Key.