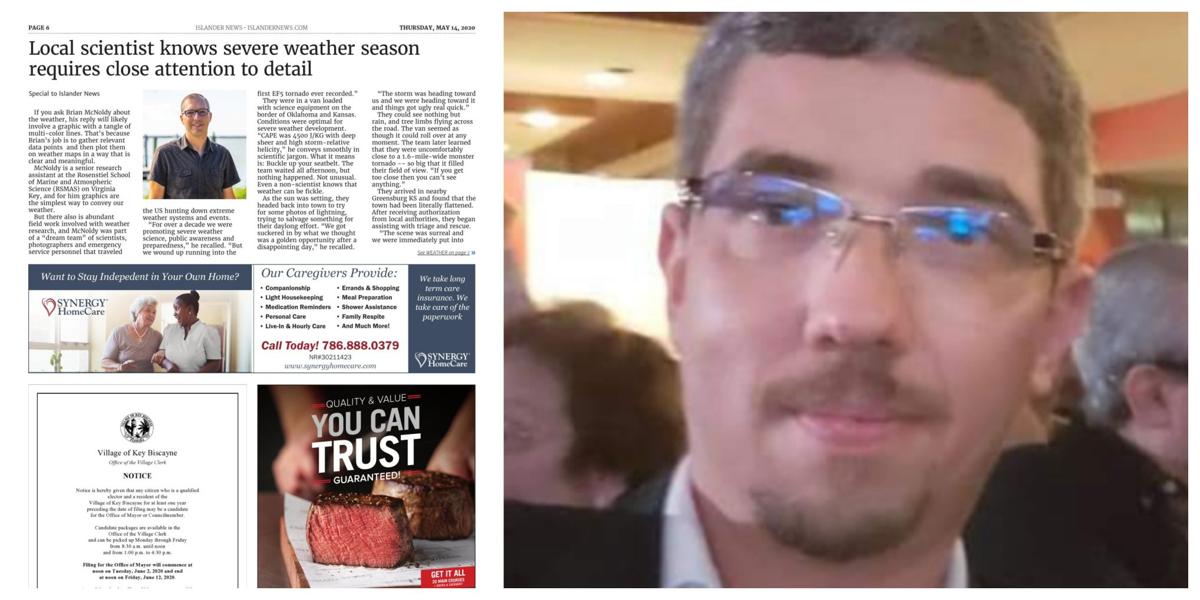 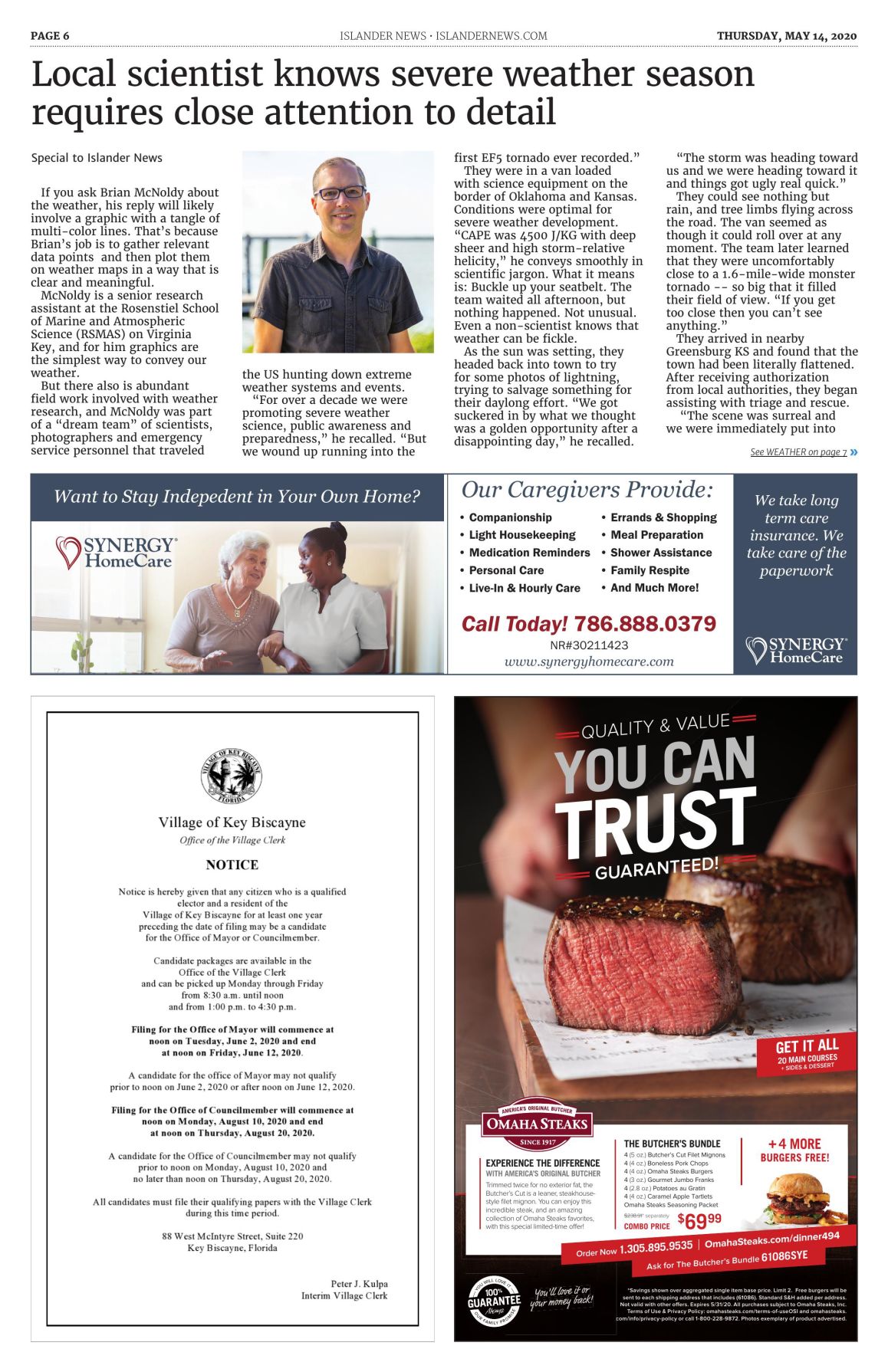 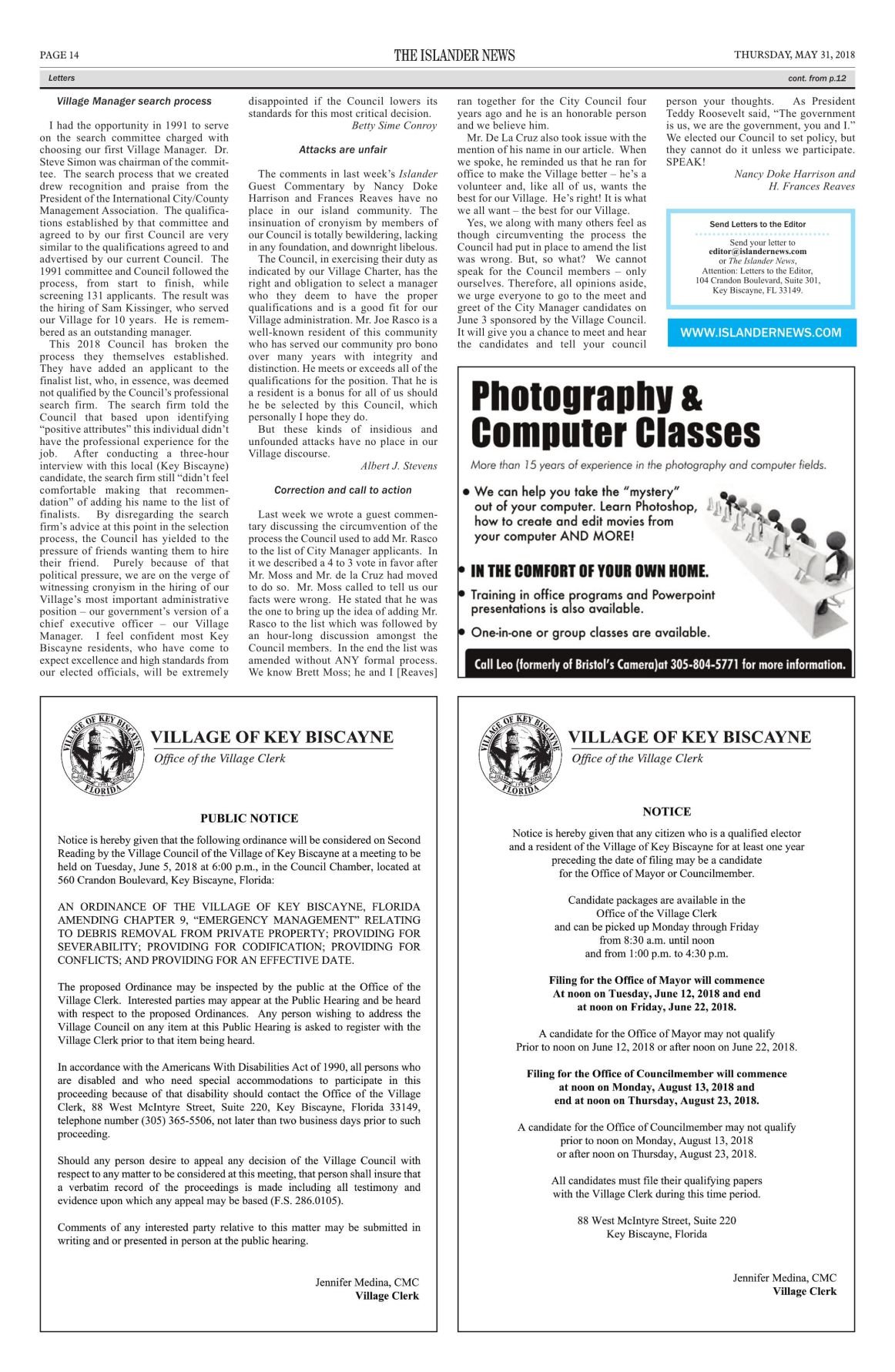 In the June 18 issue, Islander News ran a Letter to the Editor submitted by resident Inbal Horovitz expressing “concern about the lack of public information about the election for mayor of Key Biscayne.” She alleges Mayor Mike Davey was given unfair and preferential treatment in the filing process.

“Mayor Davey did everything by the book. Packages can be picked up before the qualifying period begins, and anybody can pick-up the package and there is no requirement they meet with me,” he said. “We go over and above with our communication efforts in the process. We run ads in the Islander; it is on our website and the Sunshine board in our building.”

An ad in the May 14 issue of Islander News reads, in part, “Candidate packages are available on the Office of the Village Clerk and can be picked up Monday through Friday from 8:30 a.m. until noon and from 1:00 p.m. to 4:30 p.m.”

“This is the same verbiage which has been used in advertisements for the qualifying process as long as I can remember,” Kulpa said.

The wording on the qualifying period is as follows: “Filing for the Office of Mayor will commence at noon on Tuesday, June 2, 2020 and end at noon on Friday, June 12, 2020,” Kulpa said.

Davey picked up the package on May 15 and submitted his paperwork to Kulpa before the deadline.

Kulpa added that a representative of Horovitz picked up a package on June 8.

He said that when a candidate officially files his/her candidacy, he meets with them to make sure all the documents are in order. The requirements, which are listed on the village’s website, include proof of a campaign bank account and the name of a campaign treasurer. The village requires a valid voter’s registration card proving they have been a registered voter on the key for a “minimum of one year,” Kulpa said.There is also a $100 fee and Kulpa administers an Oath of Candidacy.

Kulpa said that Ms. Horovitz called after 2 p.m. on June 12 asking for an extension, saying that she had been unable to open a bank account. Kulpa told her the qualifying period closed at noon, adding: “I do not have the authority to grant an extension, the Miami-Dade Department of Elections controls that.”

Is there a second stimulus check coming?