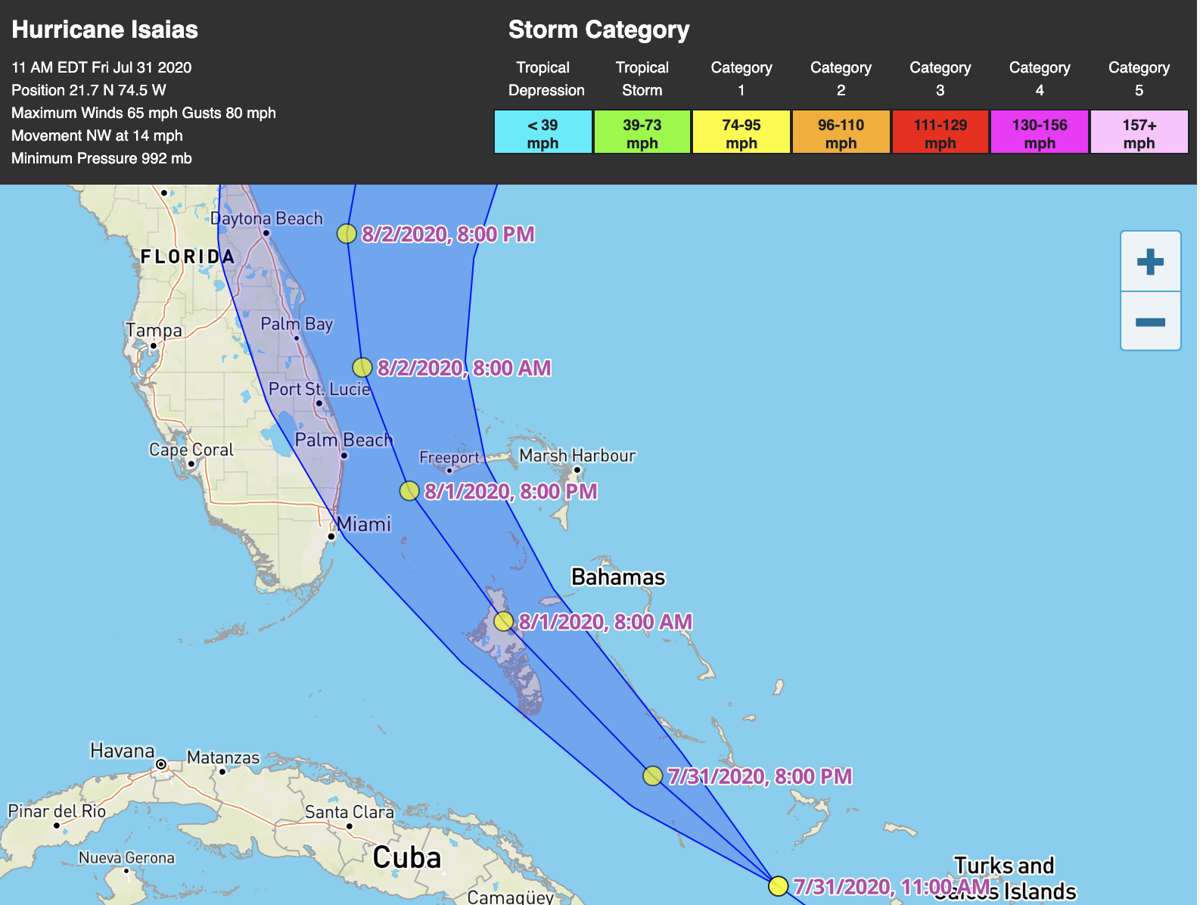 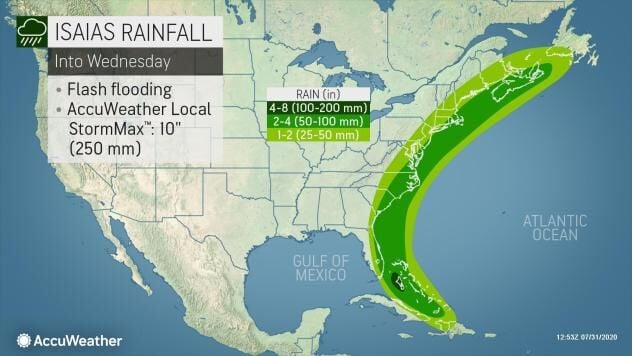 Friday morning, Hurricane Isaias was moving NW at 14 mph, with 75-mph winds. At this speed, Isaias is moving faster than the average speed of a tropical system for this area.

Ii is expected to bring hurricane conditions to the Bahamas in the early part of Saturday. Tropical storm conditions could be felt in Florida over the weekend. According to the website accuweather.com, tropical storm-force winds are projected to reach southeastern Florida, including Miami and Key Biscayne, late Friday night to early Saturday morning.

The Accuweather model has Isaias dropping 2” to 4” inches of rain in parts of South Florida.

According to forecasters, Isaias’ sudden strengthening will bring a path which could keep most of the hurricane-force winds east of the U.S. coastline, with risk of impacts from winds, heavy rainfall, and storm surge from late this weekend along the northeastern Florida coast.

According to the National Weather Service, the strongest winds in Florida will be felt from Pompano Beach to Palm Bay.

Why Bill Gates thinks US testing system is not improving

John King breaks down latest trends in US Covid-19 cases