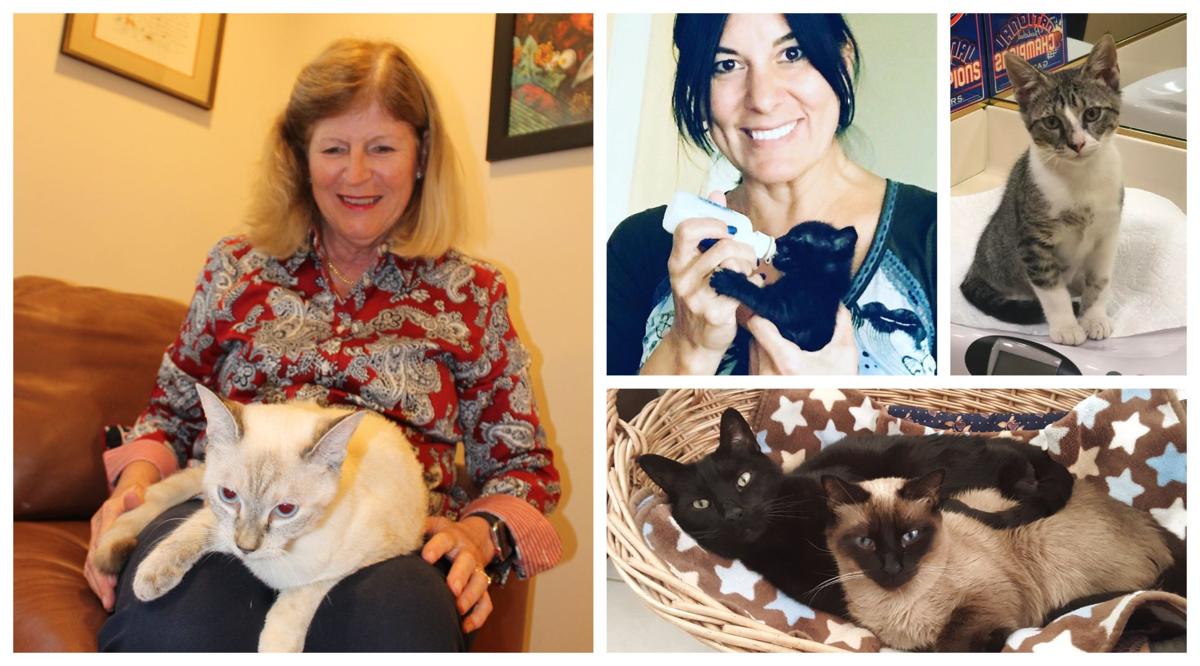 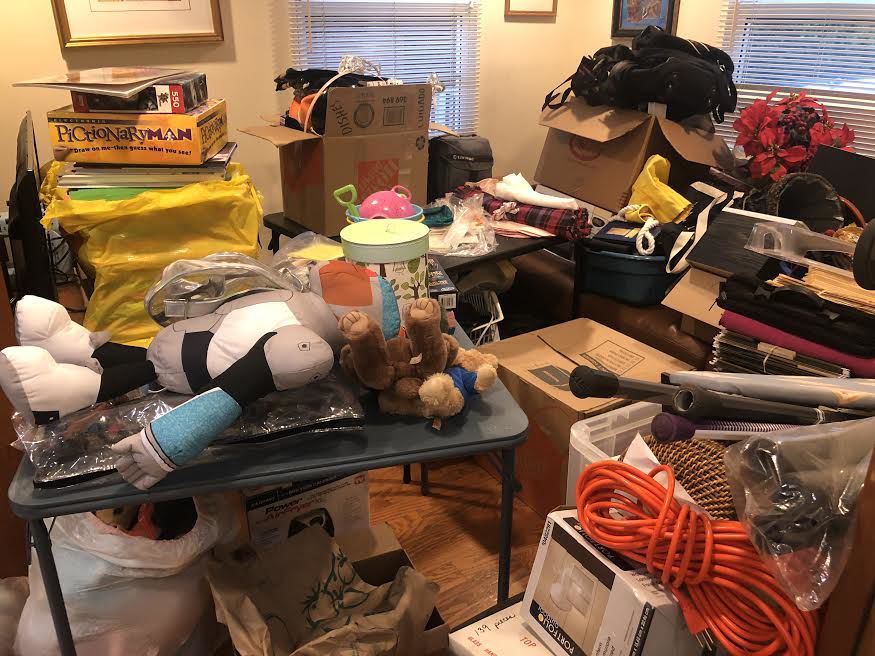 Collections for the fundraiser crowd the house in anticipation of Saturday. Photo Courtesy Susan Sawyer 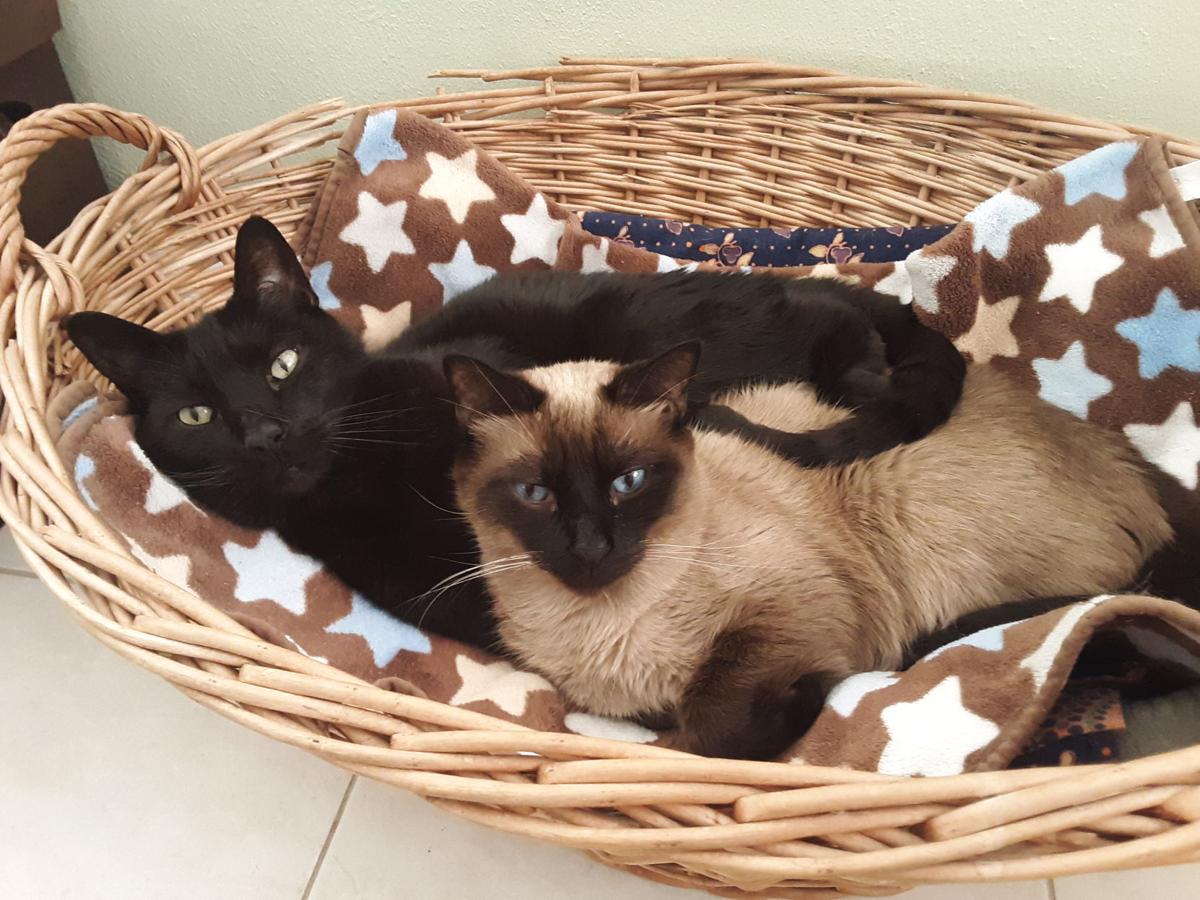 Little Buddy (LB) with his brother Mr. Siamese. LB was adopted by Lisa and Larry after he was left in a cardboard box outside Winn Dixie 16 years ago. Their young neighbor Miguel found him and brought him over. The couple remain grateful to Miguel, who still lives nearby, for entrusting them with LB. Photo Courtesy Lisa Kornes 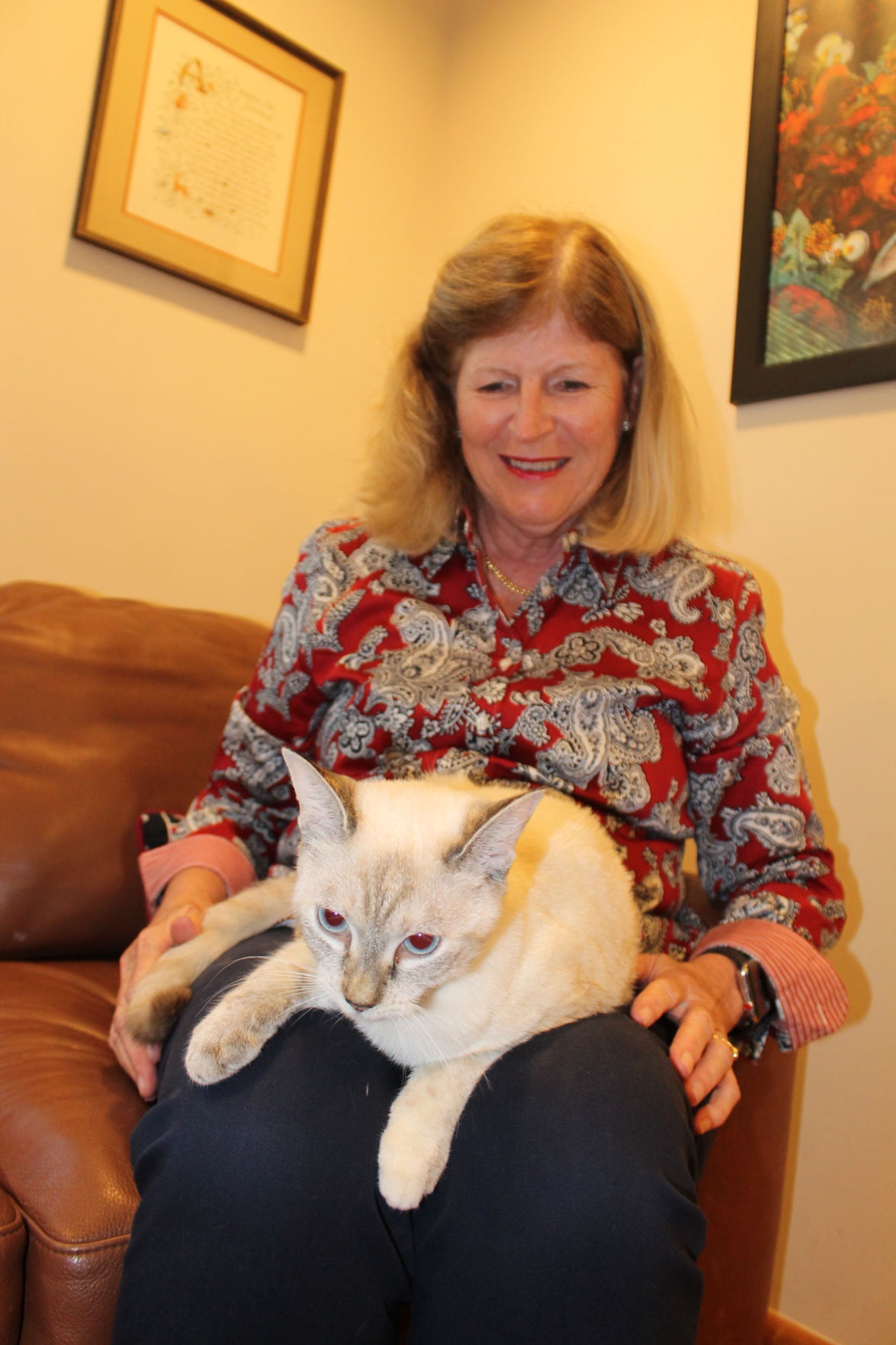 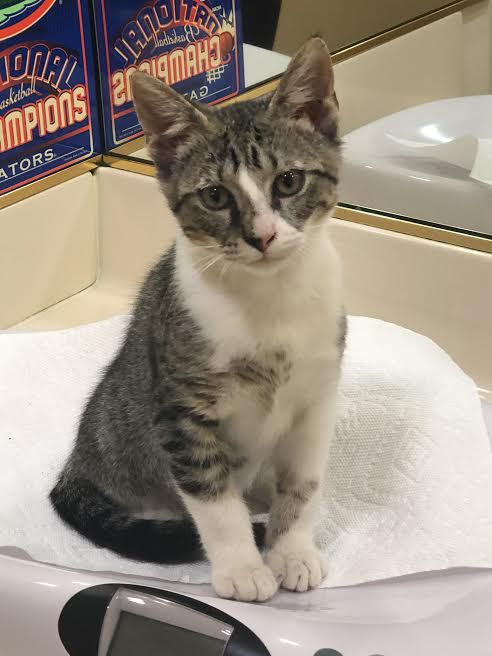 Lion is a four and a half month old mackerel kitten who was recently found on the key. He has passed his wellness exam and been neutered. “He is a real sweetheart who purrs when picked up and needs a loving home,” said Dr. Sawyer.  Photo Courtesy Susan Sawyer 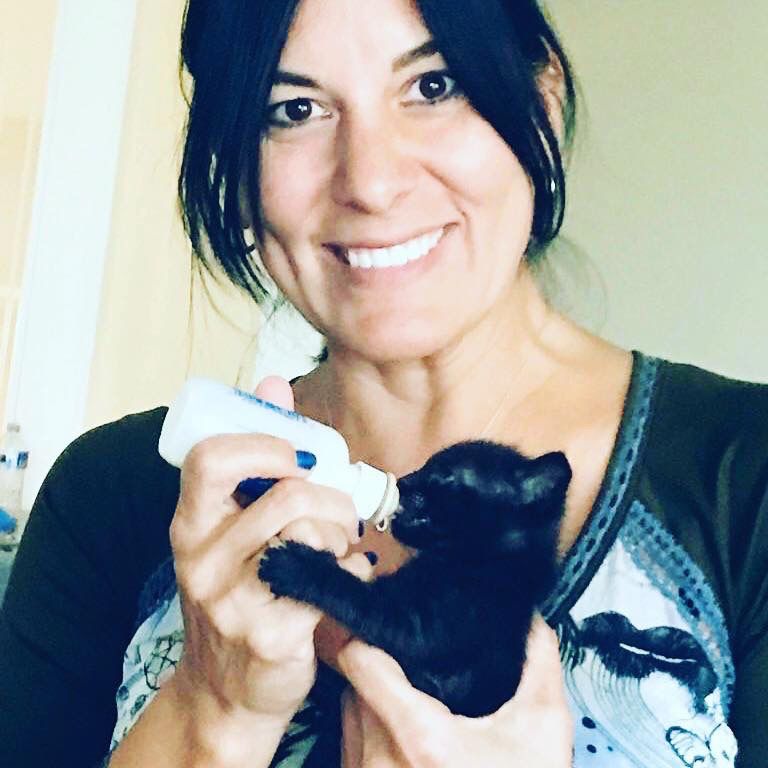 Volunteer and baby kitten expert with KB Community Cats Patricia Alvarez bottle feeding one of the found kittens. Alvarez said orphan kittens rescued before weaning have to be fed every three hours, kept warm, and otherwise nurtured to make sure they survive their first two months of life. Photo Courtesy Patricia Alvarez

Nearly 90 million American households include cats, according to the ASPCA. The fascination with felines goes way beyond funny cat videos on YouTube. Descendants of Ernest Hemingway’s beloved polydactyl cat “Snowball” still charm the tourists who visit his Key West home. Protected stray cats on the Greek island of Santorini are said to dream about the days when they were worshiped by the Egyptians.

From 9 a.m. to 1 p.m. on Saturday Feb. 8, the charity will hold its annual fundraiser yard sale at 301 West McIntyre Street, where guests will find a cornucopia of quality merchandise donated by locals supportive of the program.

“We started over six years ago to help the cats at the Island House and around the public school,” said the now-retired veterinarian, Susan Sawyer, co-founder and lead volunteer. “The Village worked with us and gave a $17,000 donation. Charlene Grall loaned trapping equipment and we trapped about 20 cats the first time, almost the same amount the second time, and the program took off from there.”

The aim is to reduce the ability of cats to breed, help sick or injured cats, and find forever homes for as many as possible. Like the nationally recognized TNR (trap, neuter, and release) program, the cats are humanely trapped, vaccinated, spayed or neutered, returned to the area, or fostered until permanent homes can be found. Cats with their left ear tip cut across are recognizable beneficiaries of the program.

It is a 24/7 commitment for Sawyer. One recent day was typical for her. She trapped a found kitten at a construction site on Buttonwood, dropped off a 12-week-old orange tabby to get neutered, and picked up an abandoned Siamese, who subsequently found a good home.

“I have wonderful people I work with…we have about 15 active volunteers,” she said. “But we need more help.”

Lisa Kornse figures she has helped place over 300 kittens since the program began. She and husband Larry are often on assignment outside the CVS Saturday afternoons, where they show cats that need homes.

“The Village has continued to vote unanimously in support of the program and Mayor Davey recently recognized our efforts (at his state of the village address),” said Kornse.

“The intrigue over cats is indisputable,” she said. “Their exquisitely independent spirits require little attention and give an immense amount of love and joy in return.”

Sawyer has three cats of her own, all of whom are rescues who were returned because they didn’t work out when placed: Nibble, Itty Bitty Spitty, and Jaguar. They are now living the good life with their very own cat condo.

But not all cats make it to a happy forever home. Volunteers say education is critical to save more lives so residents understand sterilization is essential, and pets should never be abandoned when a family moves away.

“We are an island and we should be able to get this under control,” said Sawyer.  They recently had to have euthanized, as the only humane solution, two very sick community cats. One cat had a large tumorous kidney and the other was in severe liver failure.

“Bad things can happen to animals…and people…because of irresponsible or reckless behavior,” said Kornse, a retired nurse from the University of Miami department of neurological surgery. “Social responsibility is the consistent theme.” “We are lobbying and caring for innocent lives in the community by looking for solutions.  This reduces the heartache in caring for an injured animal that has failed to know the joy of living in a loving home.”

Approximately 1,000 cats have found permanent homes as a result of the KB Community Cat Rescue Program. Cats have even gone to loving homes as far away as Germany and Columbia.

The group’s efforts are supported by Island Veterinary Clinic, Pinecrest Veterinary Hospital, Animal Immunization and Sterilization Services, and the Miami Meow Mobile. “We thank them for their compassion and medical expertise,” said Sawyer.

Key Biscayne Community Cats Annual Fundraiser is this Saturday (Sunday if rained out) from 9am to 1pm at 301 West McIntyre. Volunteer support is needed and donations are welcome. For more information email slfsdvm@icloud.com or call 305.505.8276.