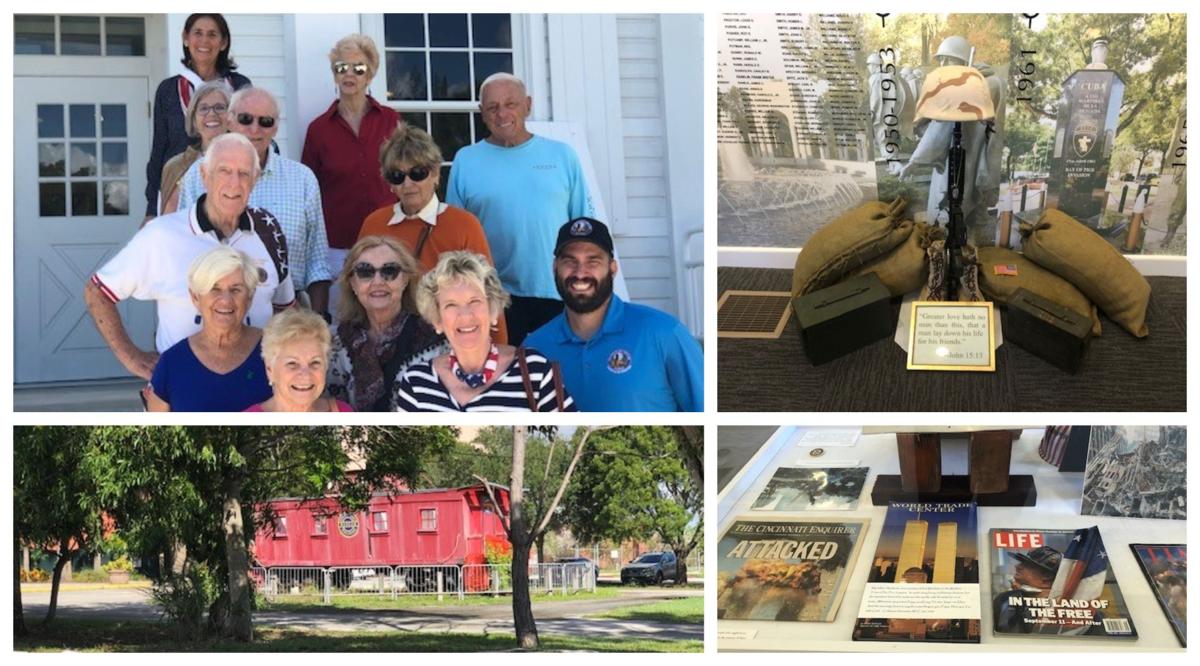 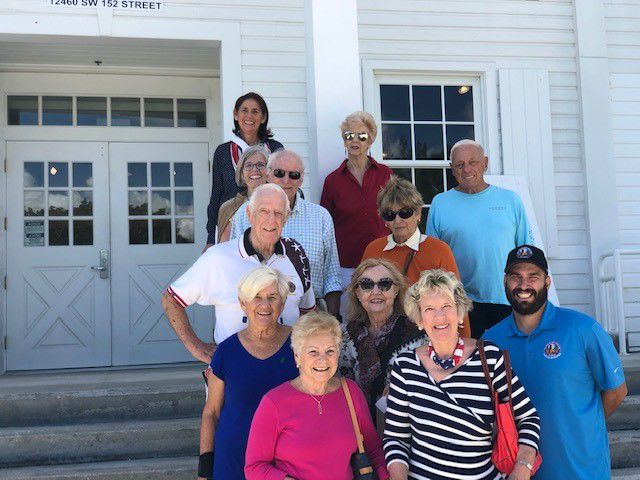 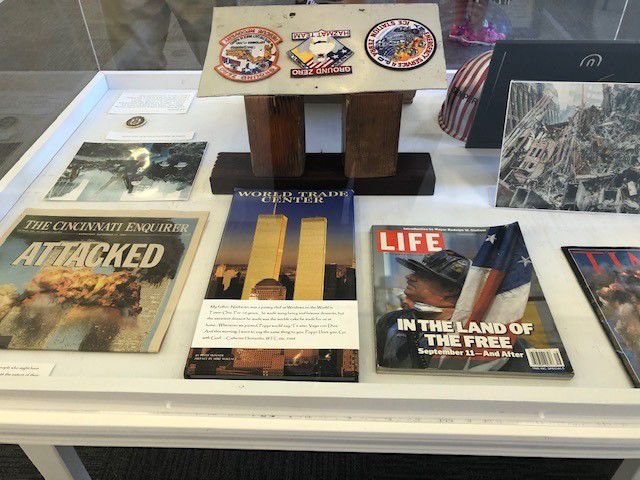 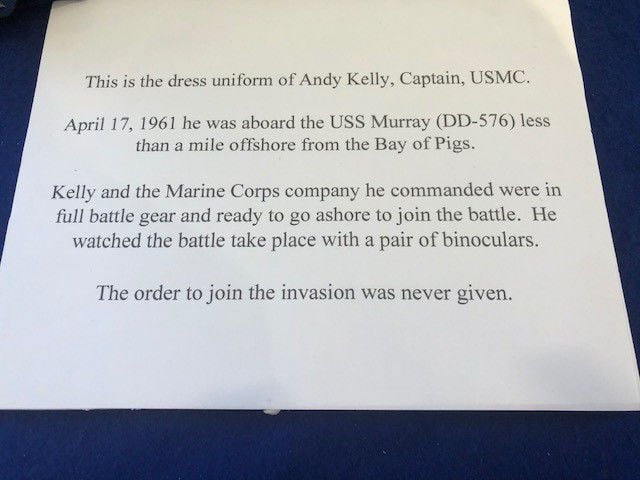 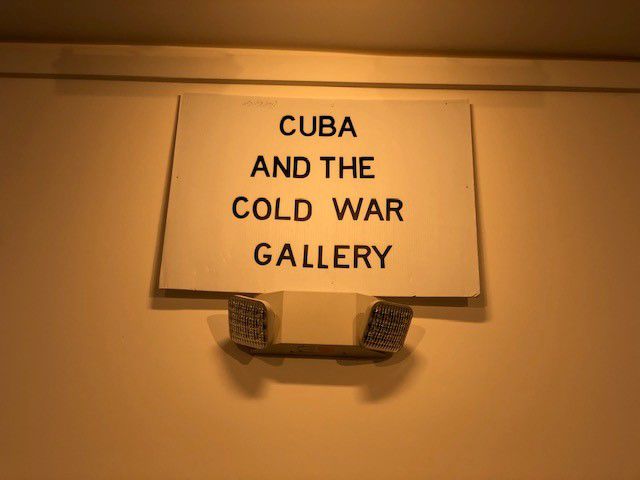 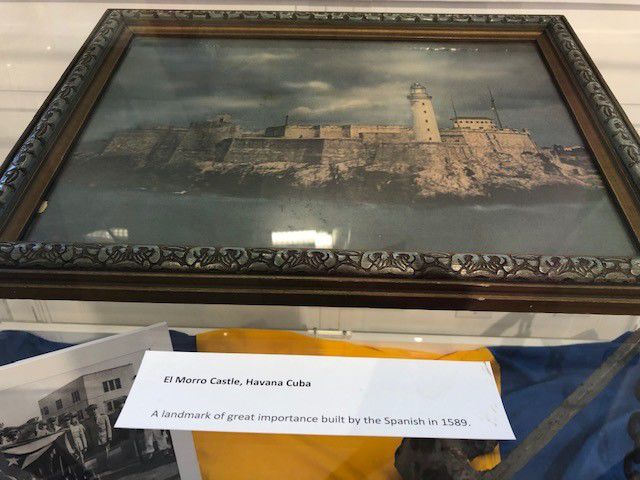 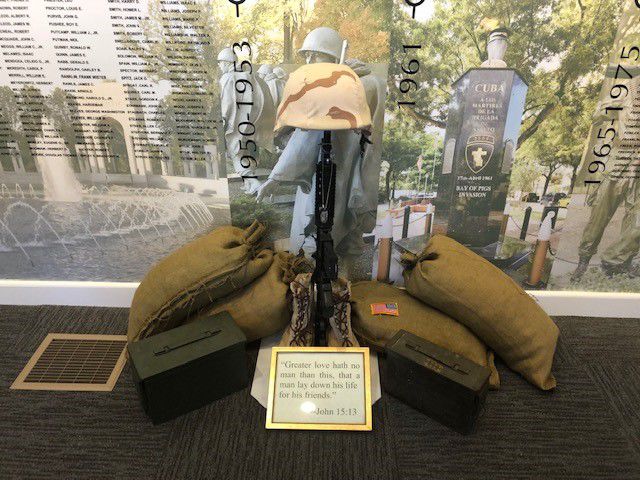 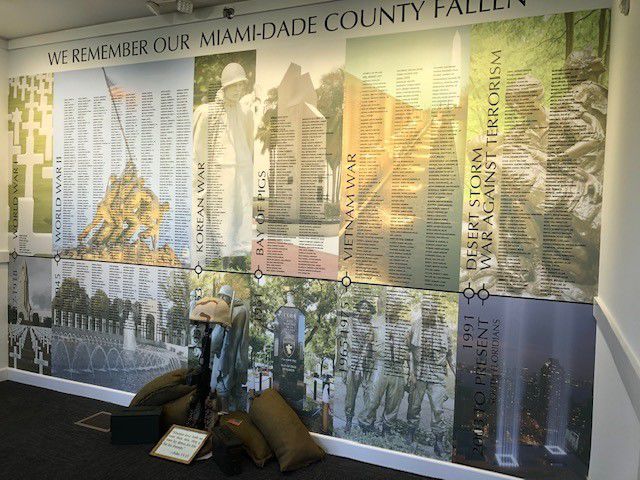 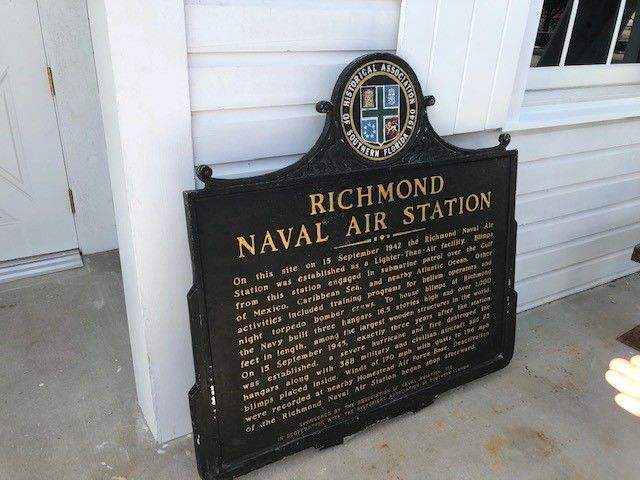 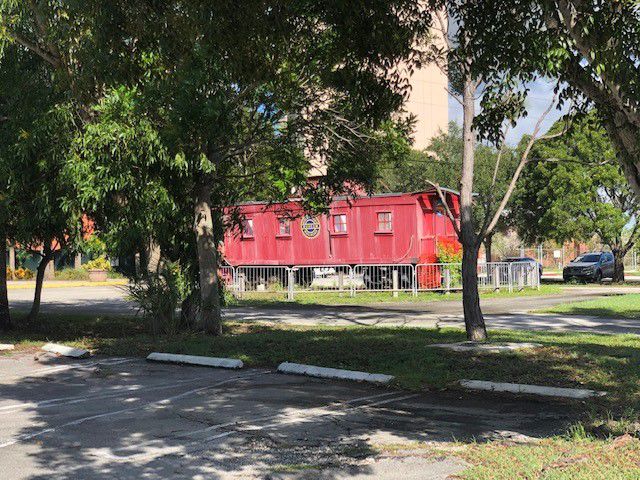 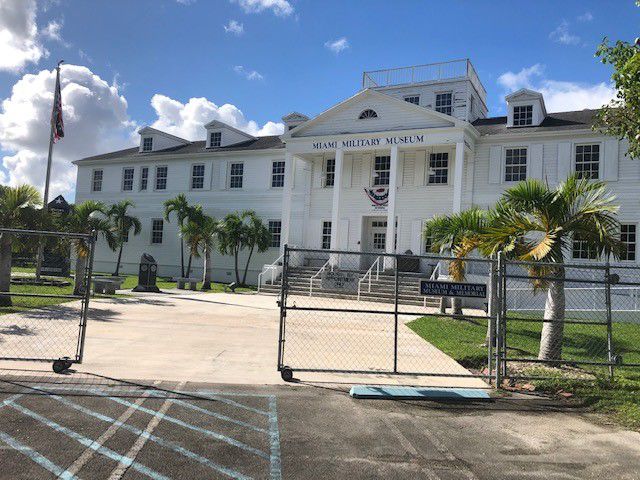 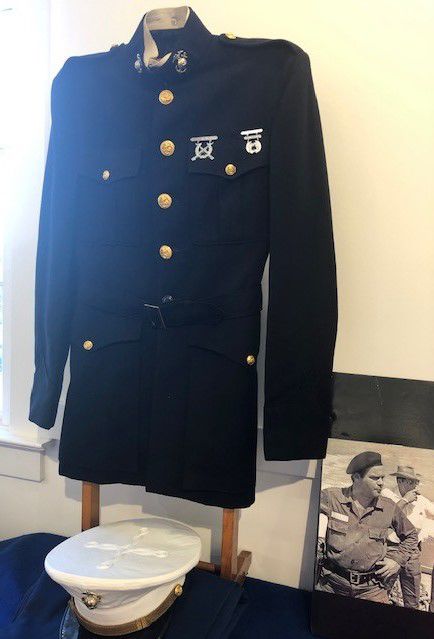 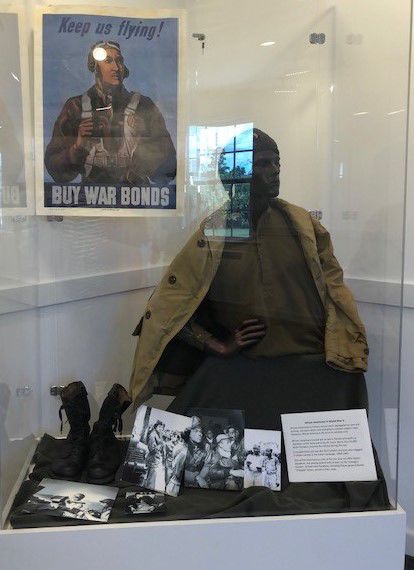 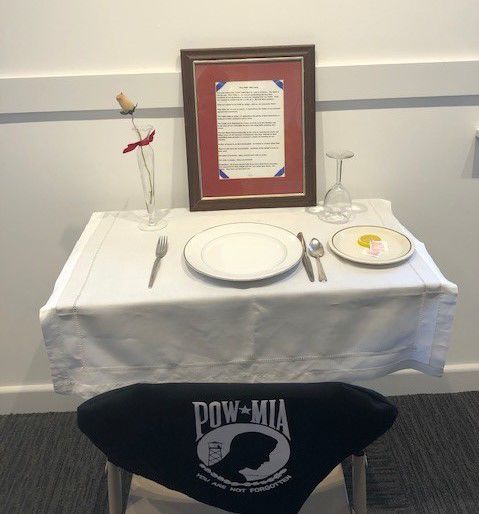 On Friday Oct. 11, nine from Key Biscayne and two former residents took the Community Center bus to south Miami to go on a special tour of the Miami Military Museum and Veterans Memorial. he tour was directed by Dr. Anthony Atwood, from Florida International University who is the museum’s current executive director of the museum.

The groups a wonderful time visiting exhibits in the two-story building.

Along for the tour were two veterans, Dick Graham and Cliff Brody. Graham is vice president of the R.L. Cromartie American Legion on Key Biscayne. Also attending were Jeanette Turici and Barbara Dawn Cromartie, current members of the American Legion Auxiliary, Dick Turici, Sally Brody (spouse of a veteran), Christine Swenson, Irene Kaynor (spouse of a veteran), Isabel Crossen, Lois Greenberg, and Joyce Potanovich (her father, brother and grandfather were veterans). Finally, the bus driver, David, came along because he is a history buff.

Atwood has spent over nine years getting the museum rebuilt at a cost of more than $2 million. The building was used as a blimp station back in WWII, and after the 25 blimps were destroyed, it was used by the CIA, then by the Army Reserve and also as a Marine Reserve station.

Because of its history, the Military Museum building was named a historic landmark by the Miami Historic Preservation Board.

Florida has one of the largest populations of veterans in the country. Atwood told the group he hopes the exhibits educate the public about our past wars and conflicts so they learn and can build a better future.

According to its website, the museum is “dedicated to saving and interpreting the rich military heritage of South Florida. We honor military service, sacrifice, and accomplishment, and its importance to our community, Florida and the nation. We present the history of WWII in south Florida, including the heroic clandestine military activities of the Cuban Exile anti-Castro freedom fighters during the Cold War.”

The Community Center will do another tour of the Museum on March 13. You can call (305) 501-4162 to set up a tour for yourself. The museum is located at 12460 SW 152nd St, Miami. Turn in at the Zoo Miami sign and follow the road to the Gold Coast Railroad Museum. Museum shares share the same parking lot. Look for the 2 story historic white building.

Facts about the museum

Letter to the Editor. Agreement with mayor’s stance on village management

3 Ways Millennials Are Getting Money Right

CNN analyst: Trump has put science to the side