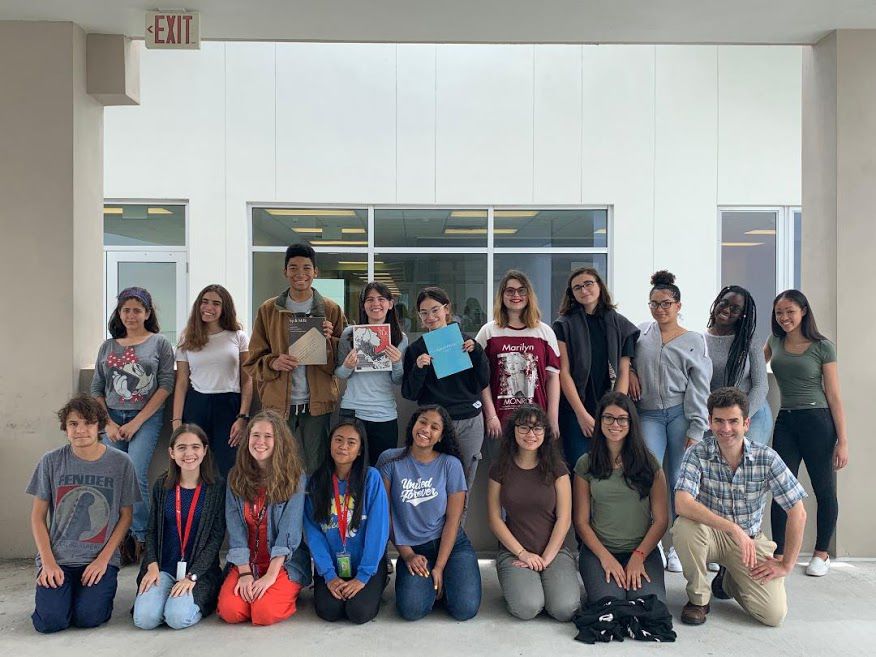 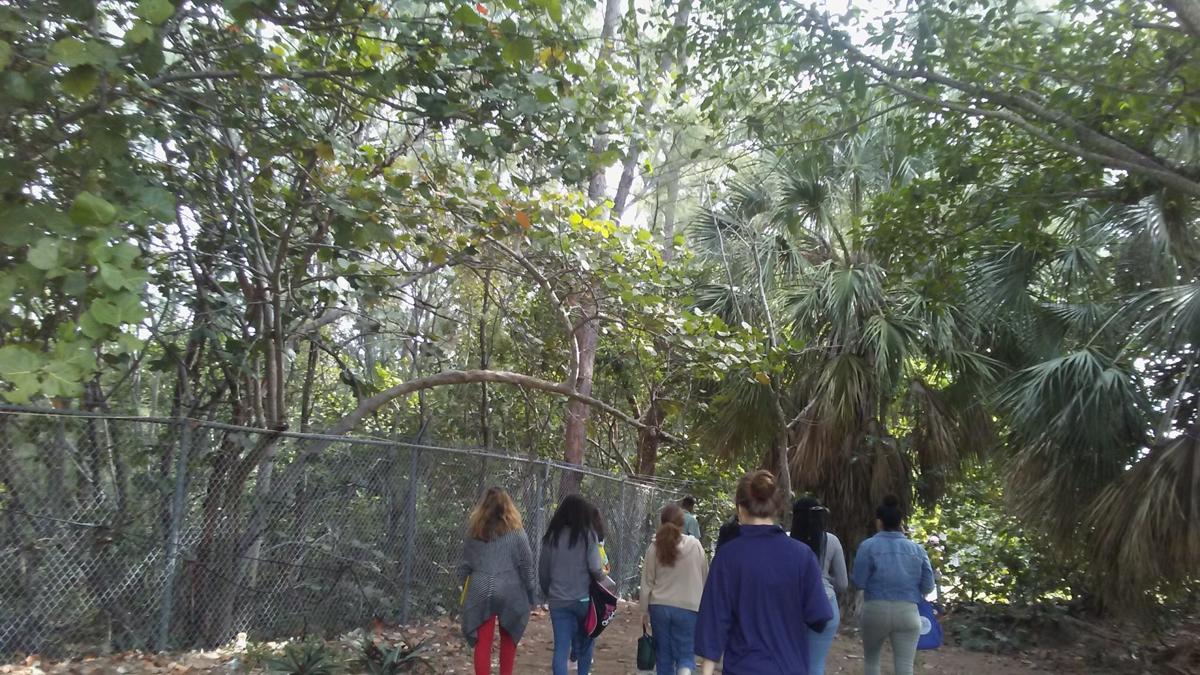 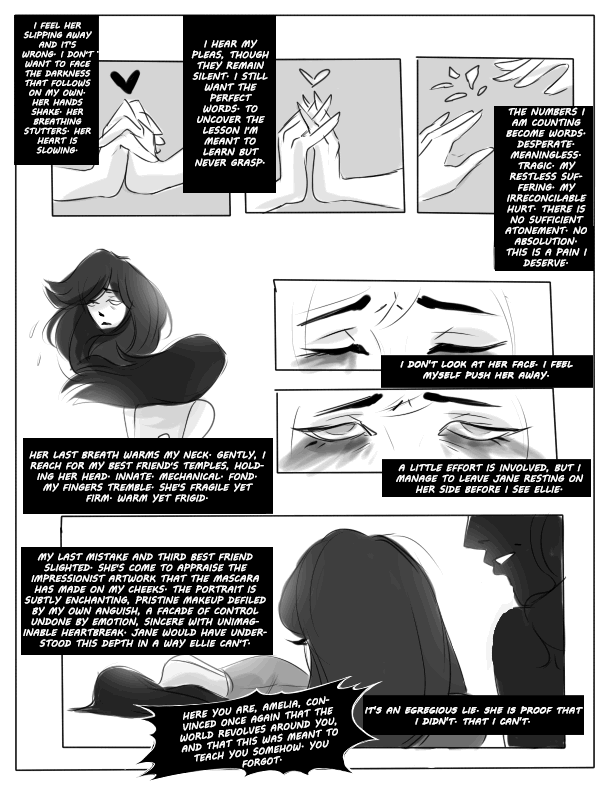 From the pages of Almada’s graphic narrative, “Into Eternity,” with artist Kathryna Reiz. 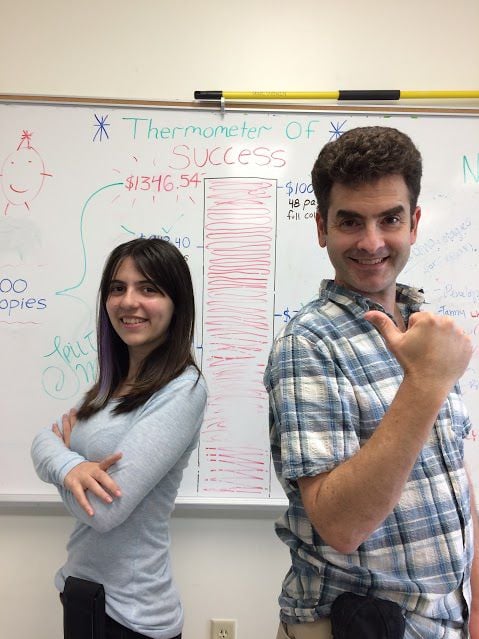 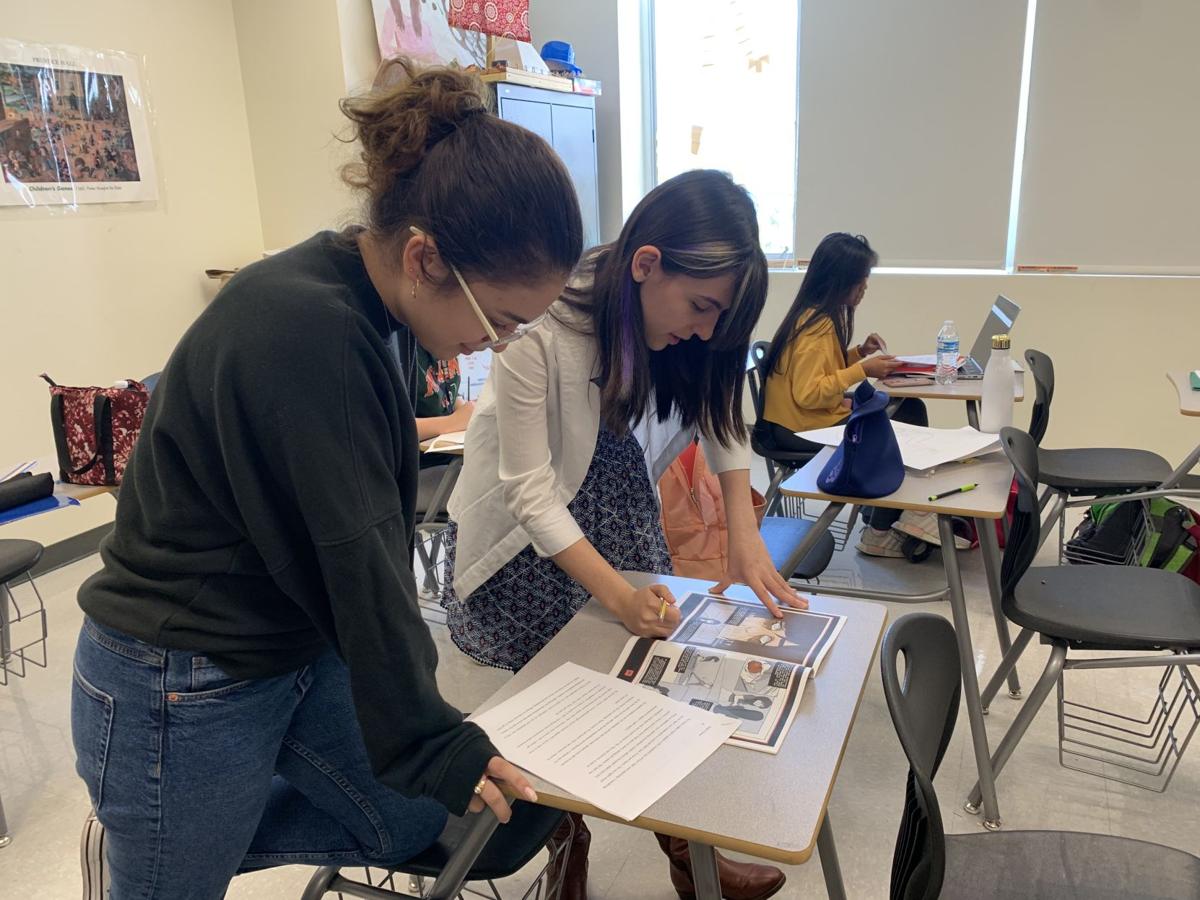 From the pages of Almada’s graphic narrative, “Into Eternity,” with artist Kathryna Reiz.

Before his near decade now on campus, he went to Belen Jesuit Prep, received his undergraduate degree in Comparative Literature in English and Spanish from Harvard University, and taught at Coral Gables and Miami Senior High Schools.

His students are in their fifth year of publication of the school’s reintroduced literary magazine “Spilt Milk.”

They have won recognition on the local, state, and national levels combined with at least 147 individual and publication awards; 84 for “Spilt Milk.” The honors originated from the Dade County Youth Fair, Scholastic Writing Awards, and the Florida, and Columbia Scholastic Press Associations.

“My main goal is for students to learn a love of literature and writing,” said Zequeira.

To that aim he subscribes to the philosophy of Margaret Atwell who won a notable distinction after having her students read 40 books in one year, while independently selecting their own reading options and writing topics.

This year, and in part as a response to some issues where racism came up at the school, Zequeira’s poetry unit focused on Walt Whitman’s, “I Hear America Singing” and Langston Hughes’ adaptation some 70 years later, “I, Too.”

He said they picked up easily on the themes of the working class and African American rights in their class discussions.

“There was an interesting commentary when the students were talking about (Hughes’) ending optimism for the future,” said Zequeira.

“But that future hasn’t arrived yet so they thought that made the poem weaker. We agreed that we are not there yet. We haven’t achieved what we want from social justice; but it’s about being strategic and patient.”

That uncertainty and insecurity of the students about the world expresses itself in the work, according to their professor.

“That anxiety is coming out in their selections,” he said.

An evaluator from the Columbia Scholastic Press Association for Spilt Milk 2017 wrote:

“Overall, the narratives are unusual and often dark… Your staff provides the reader with more variety of written styles than most high school literary art magazine staffs provide. Well done.”

Editor in Chief of “Spilt Milk,” Alejandra Almada, and contributing artist Kathryna Reiz received a first place in design and a certificate of merit for story writing with their graphic narrative “Into Eternity” from the Columbia Scholastic Press Association in 2018.

The class is currently in the final stages of post-production for “Spilt Milk” Volume 22 during this, their last week of school. There are so few literary magazines published in high schools these days said Zequeira, that they have experienced unique challenges as they get ready to go to press for their hard copy and e-editions, but are nearly ready to hit the streets.

“It was a tremendous honor to be chosen as my school's World Languages Silver Knight nominee,” said Almada.

“I found the category fit me well with my multicultural upbringing. I was incredibly grateful to win an honorable mention at the ceremony.”

As she and many in her class close the chapter on high school and look ahead to their college pursuits, her comments are reminiscent of author William Butler Yeats in his poem, “Spilt Milk.”

“I feel like everything I have touched has grown and will endure long after I am gone,” she said.

We that have done and thought,

That have thought and done,

Must ramble, and thin out

2020 Hyundai Venue: Some folks thought the top-trim Denim could be the stunt double for a Mini

Even Near 1%, Are Variable Rate Student Loans Worth the Risk?

Doctor: The patients are getting younger and are more sick