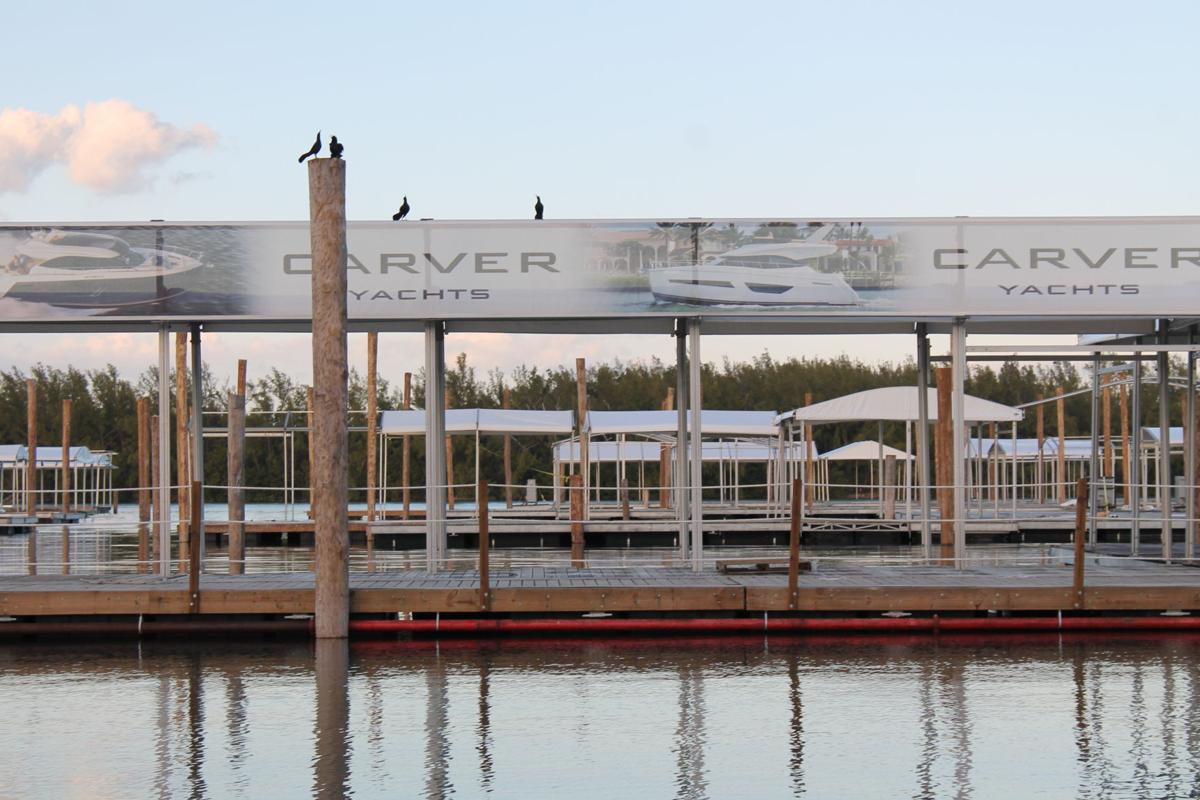 Local birds appear to be having a meet up chat session along the Carver Yachts sign from the temporary floating docks at last February’s Miami International Boat Show on Virginia Key. 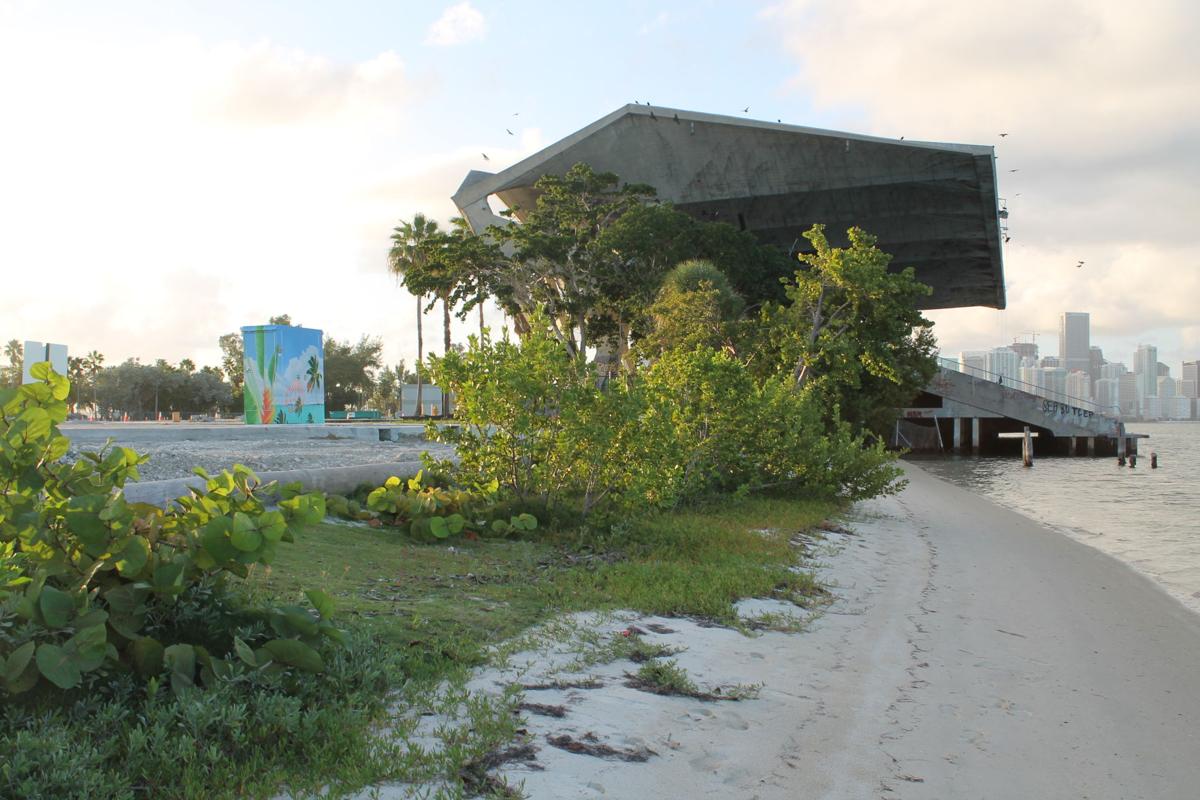 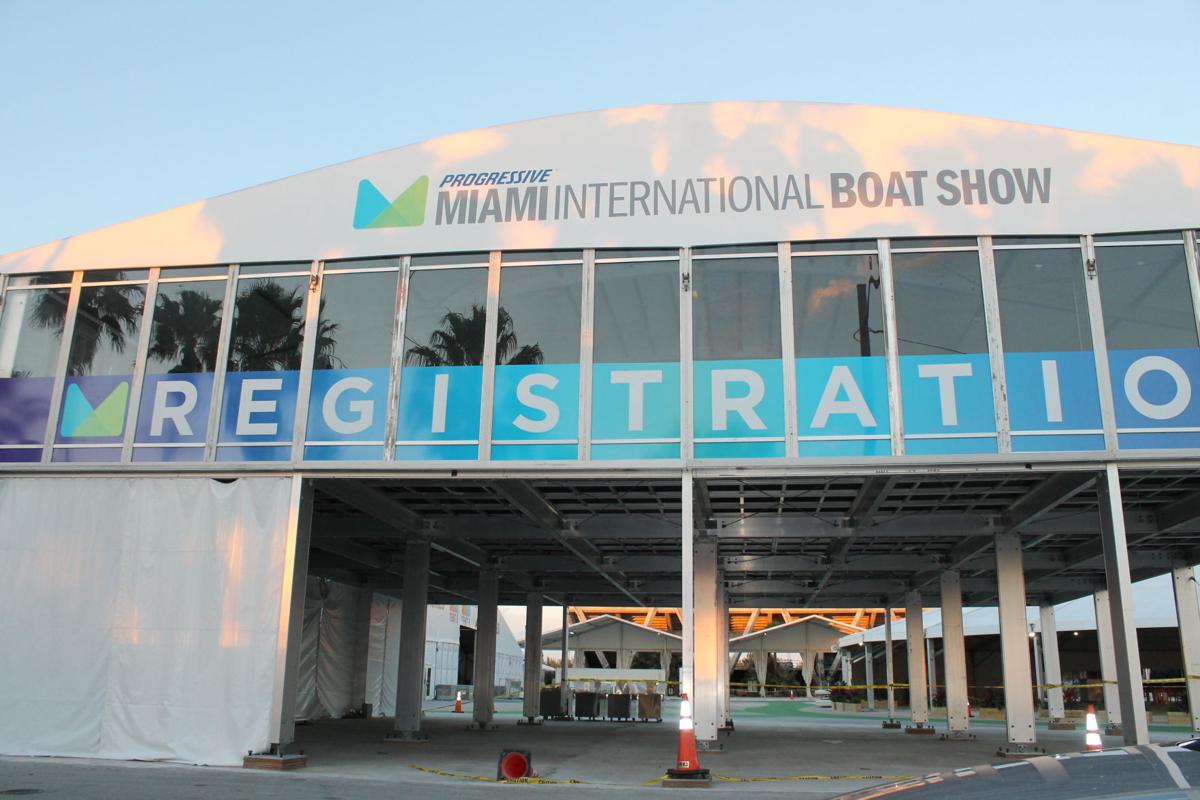 Local birds appear to be having a meet up chat session along the Carver Yachts sign from the temporary floating docks at last February’s Miami International Boat Show on Virginia Key.

The future of the Miami International Boat Show was the main topic of debate at the last Virginia Key Advisory Board meeting on May 28.

Mark Burns, the city of Miami lease manager indicated at the meeting that the National Marine Manufacturer’s Association, the entity that conducts the February boat show, is interested in remaining on Virginia Key long term.

The event initially moved to Virginia Key in 2016 pursuant to a year-to-year license agreement revocable by the city of Miami upon 300 days prior notice. The move was forced by the renovation of the Miami Beach Convention Center.

The debate over the future of the boat show comes at a critical juncture for Virginia Key, fresh off of Ultra’s controversial one year stay on the island, and the current debate over the funding of the African-American Museum.

Former Key Biscayne Mayor Mayra Lindsay, who advocated against the boat show moving to Virginia Key while in office, still feels strongly that the four day event does not belong there, citing environmental concerns and ingress, egress challenges.

Lindsay said any long term commitment to allow the boat show to remain on Virginia Key could negatively impact longstanding efforts to restore Marine Stadium. The village filed a lawsuit against the initial move which was ultimately resolved after an over one million expenditure of funds.

The Ralph Munroe Marine Stadium, listed on the National Register of Historic Places, was built in 1963 and has been left derelict for years but efforts are currently being made to renovate.

"We live on an island full of boaters and I love boats, but I feel that Virginia Key is not a good long term site for the boat show or for a commercial event/exhibition space,” said Lindsay.

Suarez cited his thirty-year battle to keep Virginia Key undeveloped, protected, a venue for eco-tourism, and the creation of the Bill Sadowski Critical Wildlife Refuge under his mayoralty in conjunction with the state.

“I am committed to making sure a fully restored Marine Stadium, a Civil Rights Museum, and 117 acres of playing fields happen on Virginia Key,” said Suarez.

The discussion of the future of the boat show on Virginia Key falls within the larger context of a debate about how to best use Miami’s limited park space.

The Trust for Public Land recently published its annual Parkscore Ratings, which is based upon four factors: access, investment, acreage, and amenities. Miami ranked 58th in the nation.

Blanca Mesa, an environmental activist on Virginia Key issues, said she has opposed the boat show’s presence on Virginia Key from the start and feels that it flouts the Virginia Key Masterplan by denying the public access to the waterfront for months at a time while encroaching on sensitive wildlife habitat.

“The moorings and pilings and motorboat pollution is destroying the marine basin ecosystem, which is connected to the state designated Sadowski Critical Wildlife Area” said Mesa.

“The whole of Virginia Key should be treated as a wildlife refuge and protected from incompatible uses like the boat show, mega concerts like Ultra, and other commercial development.”

Use of city of Miami’s park land is front and center at city hall this summer, as both the effort to begin building the African-American Museum on Virginia Key, as well as a proposal to lease 73 acres of Melreese Park to Jorge Mas to build a soccer stadium and over one million square feet of retail, are before the city commission. .

The viability of the Marine Stadium is an important legal issue, as the original Dade County Deed conveying Virginia Key to the City of Miami in 1963 states that the transfer deed is expressly conditioned on the land being: “perpetually used and maintained for the operation of a Marine Stadium and allied purposes only, and in the event the use of said land for such purposes shall be abandoned, then and in such event the title to said land shall revert to the grantor herein.”

Neither the National Marine Manufacturer’s Association nor Boat Show Manager Larry Berryman responded to requests for comment prior to publication deadline.

Virginia Key Advisory Board Member Robert Vernon said they are anticipating a presentation from city staff and boat show representatives at their June 25 meeting.

“The board has not taken any opinion on this yet as to if (the boat show) should stay or go because we haven’t gotten any information on how it’s doing as far as a benefit to the city,” said Vernon.

“We have asked for it but it hasn’t come yet. The boat show reps are supposed to be coming to the June 25 meeting when we will get a presentation from staff…hopefully they’ll show up.”

David Winker, Esq. is a Miami attorney active in many South Florida civic issues. Mr. Winker was formerly involved in the lawsuit to prevent the sale of Melreese Stadium to the Beckham Group and recently represented the Brickell Homeowner’s Association lawsuit objecting to the Ultra license agreement on Virginia Key.

Raquel Garcia contributed to this report.