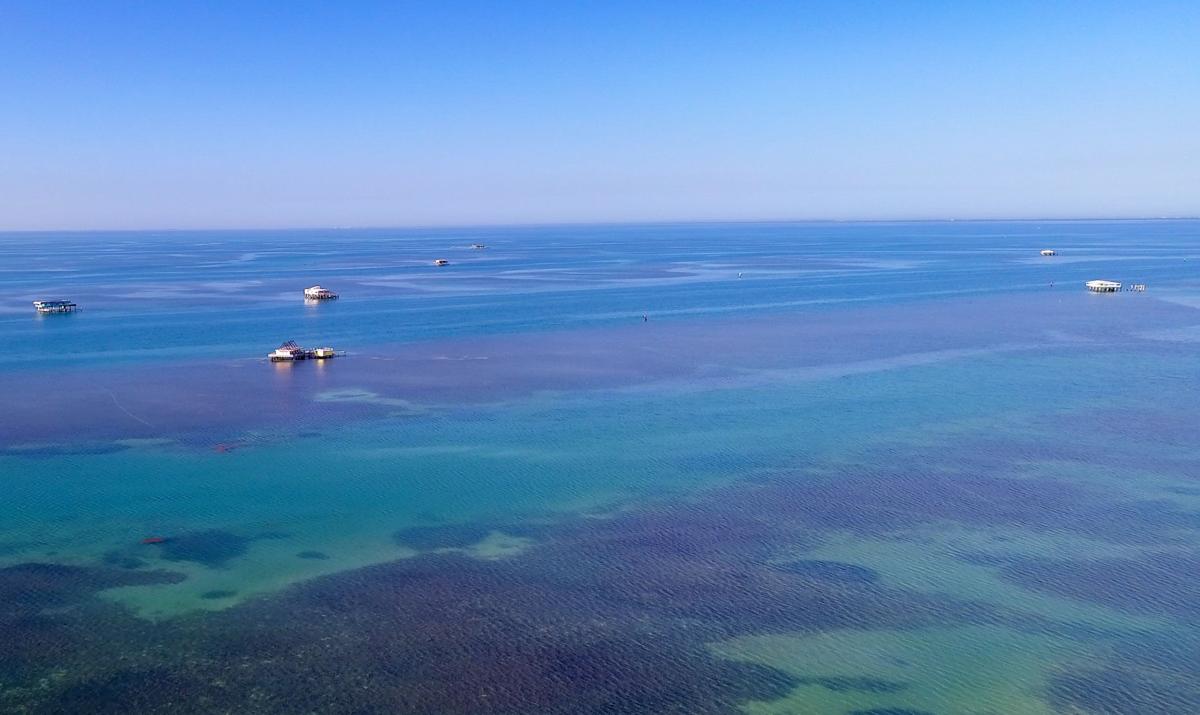 Aerial view of the turquoise seas over Stiltsville on the approach to Key Biscayne. 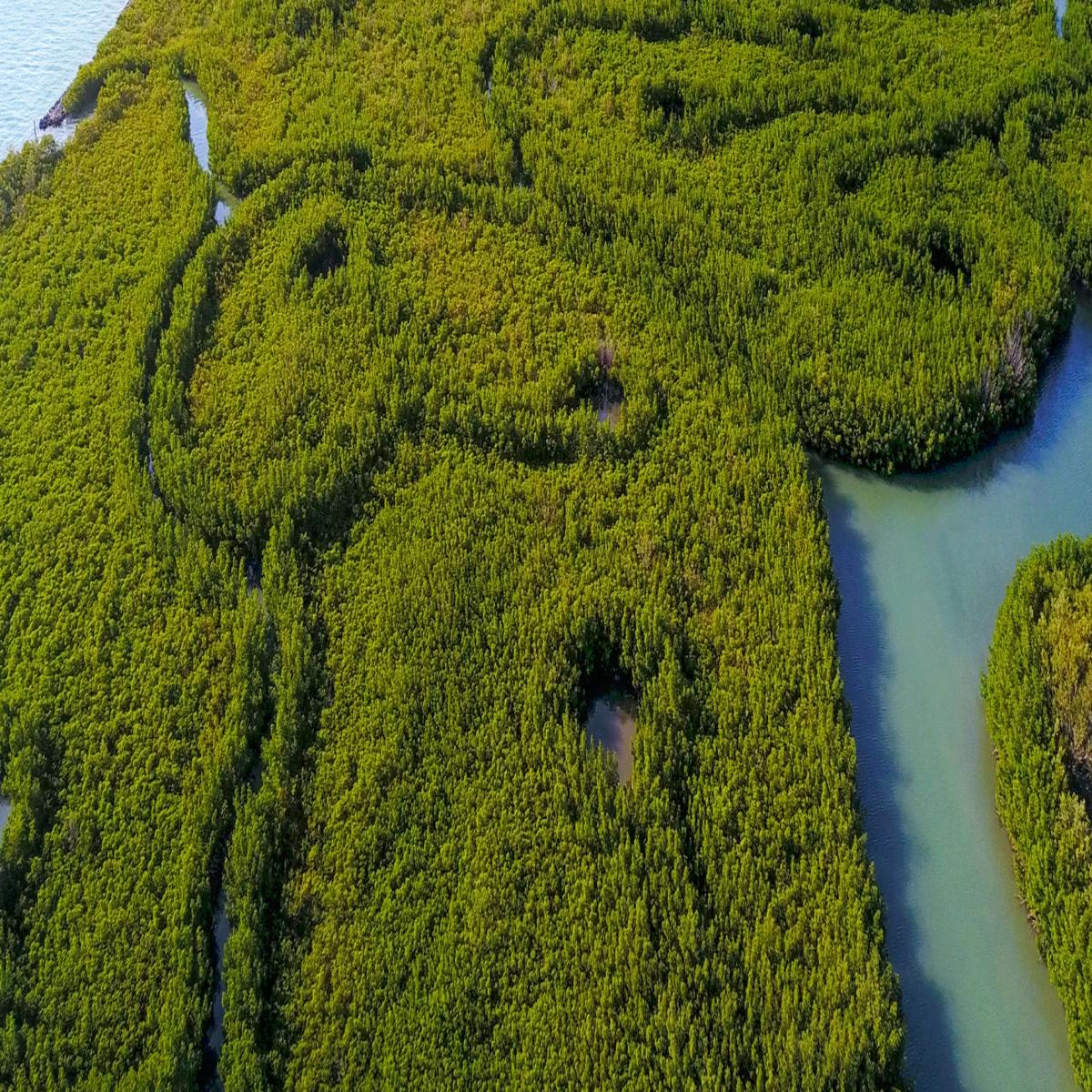 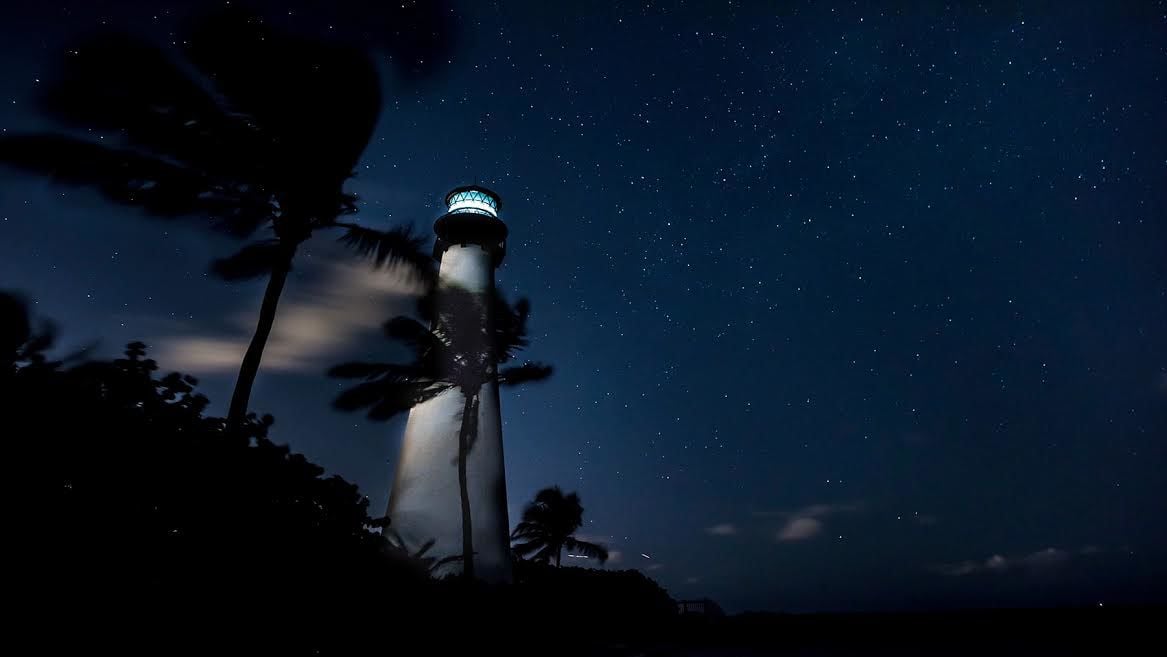 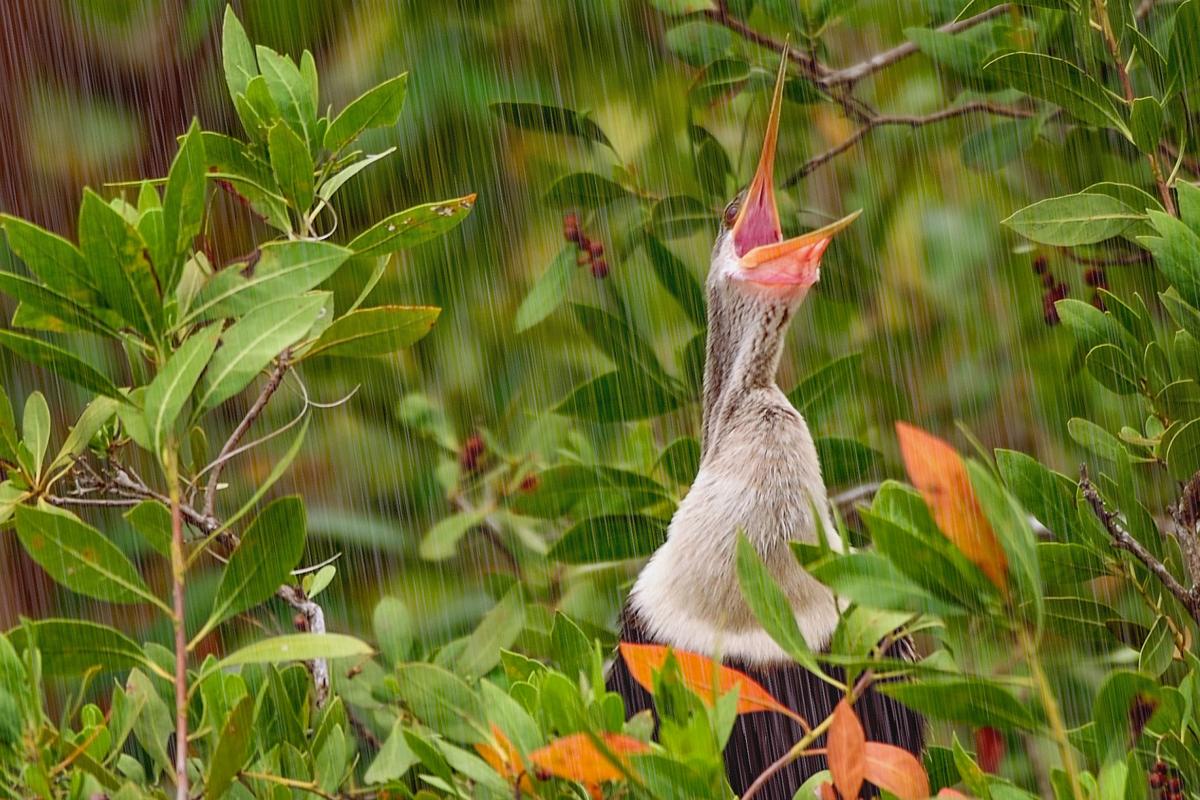 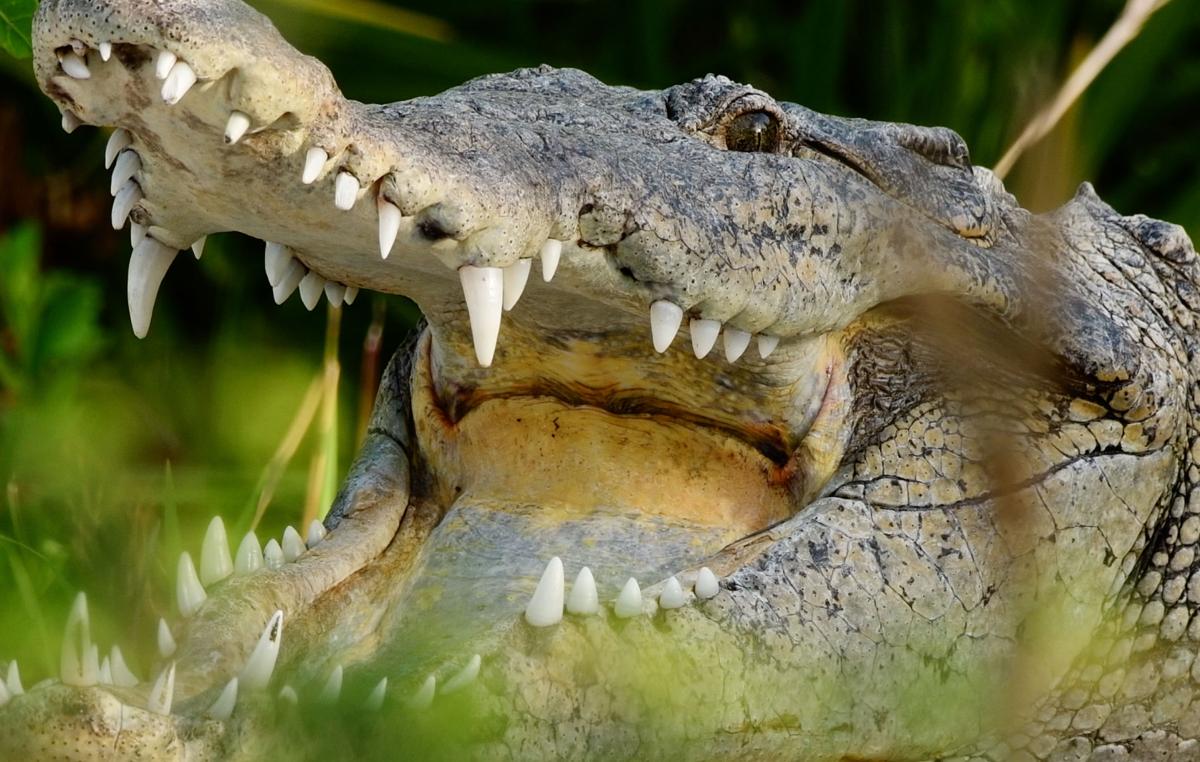 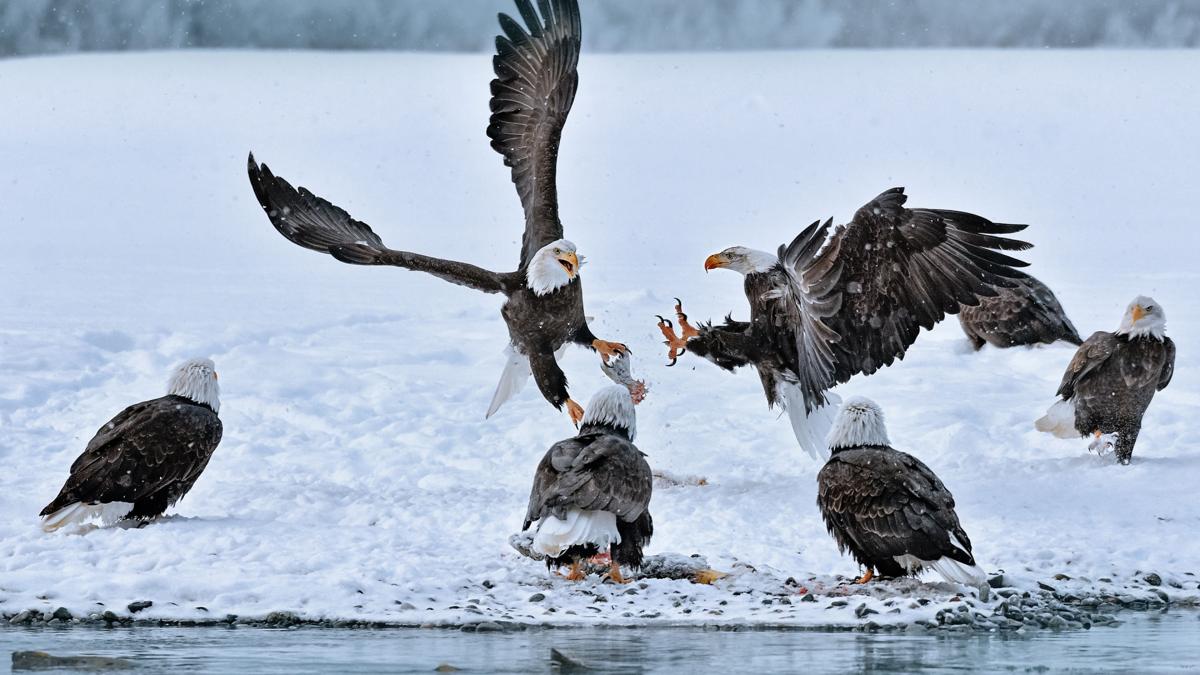 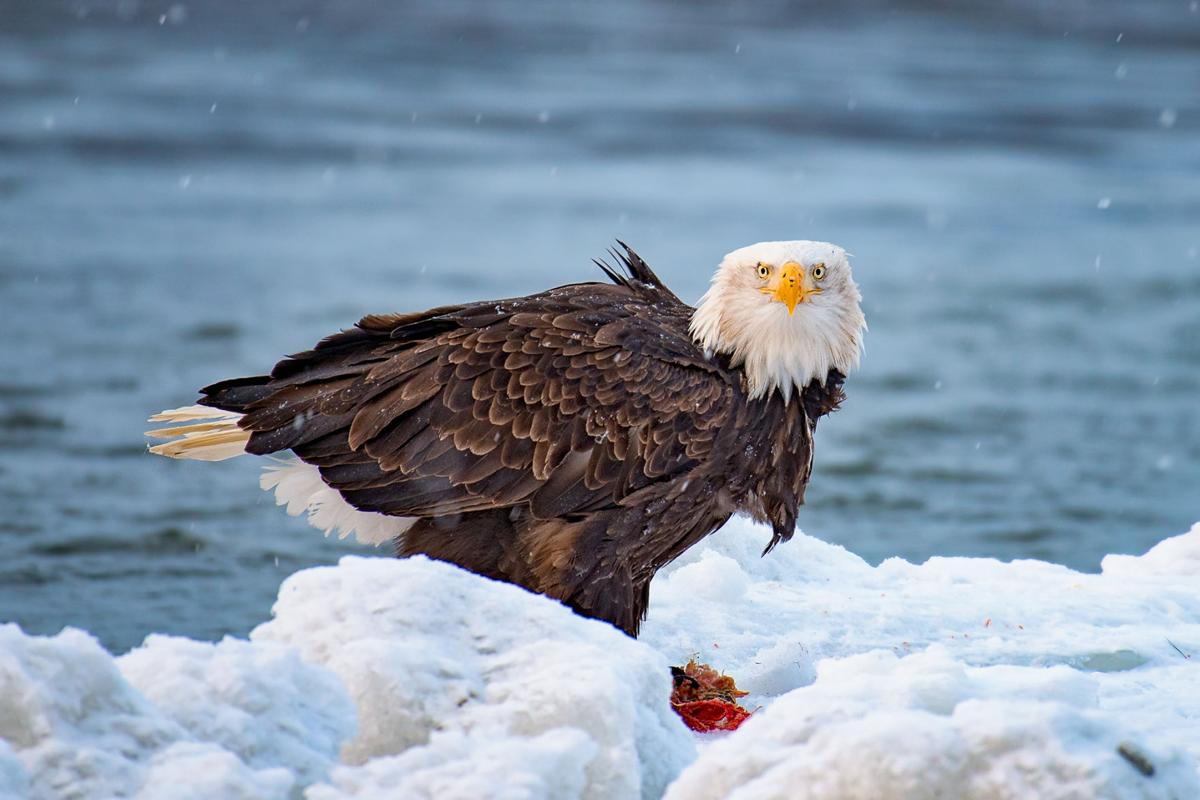 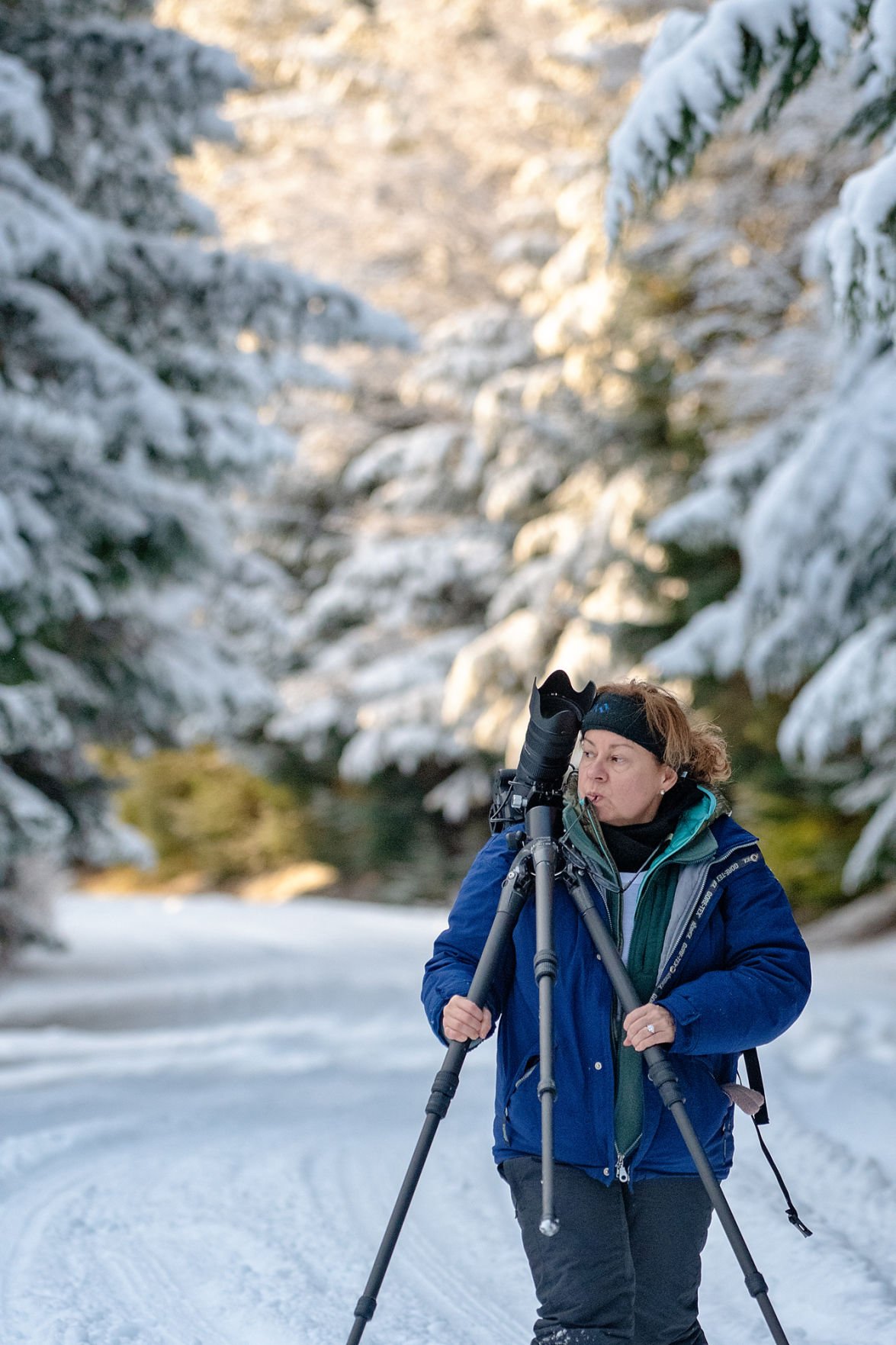 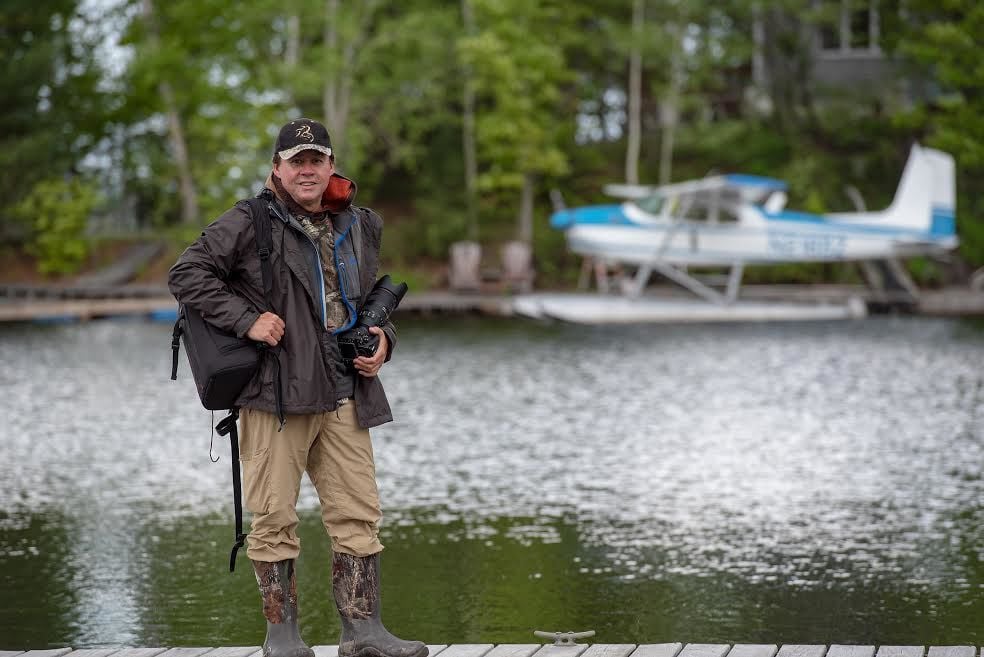 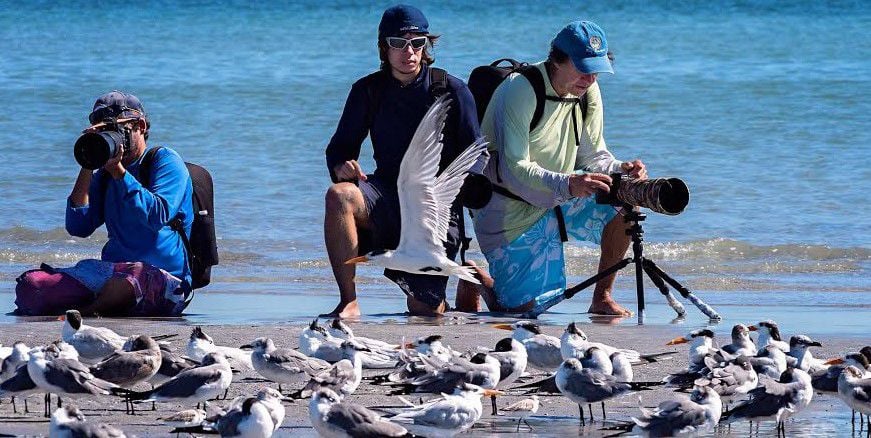 Aerial view of the turquoise seas over Stiltsville on the approach to Key Biscayne.

A recent Environment America Research and Policy Center report examined the number of days in 2018 when coastal waters had potentially sickening bacteria levels beyond the Environmental Protection Agency’s acceptable standards, and Crandon Park was included.

It is a love story of a film enamored with the natural landscape of Key Biscayne poetically imagined. The pristine cinematography belies the insidious dangers behind a fragile natural environment compromised by man-made challenges.

“I put a short film together on the key for people to see what is right there on their doorsteps, not the condos or the restaurants but the amazing wildlife…and to do everything possible in this day and age to preserve it,” said Uncapher.

“We should be screaming about it in full lungs from the roof tops. Our grandchildren may not be able to live on this island.”

The photographer, along with his wife Sonia Rivera and their sons Mark and Brian Jr, travel the globe in what he insists is not a glamourous job but one of often trudging through mud, working at all hours of the day and night, and dealing with flawed equipment, to document nature.

The Key Biscayne assignment was milder than the Canadian wilderness or Arctic tundra he typically captures as a specialist in the northern latitudes with Iceland being his favorite spot of the approximately 30 to 50 countries he has traveled to so far.

“Conservation photography (is about) inspiring people to use the beauty of nature, not for Instagram selfies but to look at nature and wildlife and use as a powerful tool to preserve the environment.”

Uncapher was born and raised in El Salvador, spent summers on the key with his family before moving here permanently some 21 years ago and starting his own family. He has a law degree from the University of Miami. His work was recently featured in the major documentary film “Rock Paper Fish.”

The superstars in Cayo Vizcaíno--the original name for Key Biscayne as found in their historic research from the earliest Spanish maps of the 18th Century—is a black fin shark, tri-colored heron, loggerhead turtle, manta ray, crocodile, sand hill crane, and flocks of sandpipers and seagulls among other birds.

An otherworldly greenery is captured of the mangroves shot aerially using drones and gives the impression of flying slowly above the landscape or swirling in a star filled night sky around Cape Florida lighthouse. The captivating display is a credit to the expert application of time lapse photography, natural sound, and a subtle bed of music edited beneath.

“Anything we film or photograph is to show what is at risk of happening…sea life is going extinct at the most alarming rate in generations. Our sea turtles are beautiful but if we don’t have a beach for them to lay their eggs...

“Kids get it, but people…they are gutting the Clean Water Act, pulled us out of the Paris Accord (on climate change), emissions (higher now) for vehicles, coal mining promoting, it is an all-out battle against the environment.”

Uncapher stayed on the key during Hurricane Irma to document the storm and he said Crandon Park was a river.

But after completing a project to count the osprey population this year he is pleased to report the sea hawk numbers are high and he remains hopeful.

“The bald eagle was near extinction in the 80’s and grass roots movements were able to get Congress to pass the Endangered Species Act. They were able to bounce back in one of the most phenomenal recoveries.

“What keeps me inspired is that people can make a difference. One of my favorite quotes is from Albert Einstein: ‘The world will not be destroyed by those who do evil, but by those who watch and don’t do anything about it.’”

“The short film Cayo Vizcaíno: A Journey through the Landscapes and Wildlife of Key Biscayne is now available for public viewing by going to Nature Gem

Filmed in stunning, immersive UHD 4k resolution, Cayo Vizcaíno transports the viewer deep into the nature and wildlife of Key Biscayne, Florida - an island that, despite its proximity to the mainland, has surprisingly retained much of its natural beauty ever since the Tequesta Indians from the Calusa Nation first hunted its shores over 2000 years ago.

Cayo Vizcaíno is a poetic visual piece and follows a genre recently made popular by two filmmakers studying Audiovisual Media at the Stuttgart Media University in Germany in their film Eylenda,  Accordingly, it has no narration, people, or dialogue - only nature speaks as it has done for millennia.”

Brian Rivera Uncapher’s work has been recognized by the Fine Art Photography Awards, the International Photography Awards, Landscape Photography Magazine as well as commented on by various other organizations, including the United Nation's Biodiversity Initiative, the U.S. Fish and Wildlife Service, the Southeast Alaska Conservation Council, the Audubon Society, the American Bald Eagle Foundation, DIY Photography™, Photography Life™, and the Alaska Wilderness League.  His cinematography has been included most recently in the 2019 nationally acclaimed documentary, Rock Paper Fish. He is a frequent contributor to magazines, trade journals, and industry blogs.