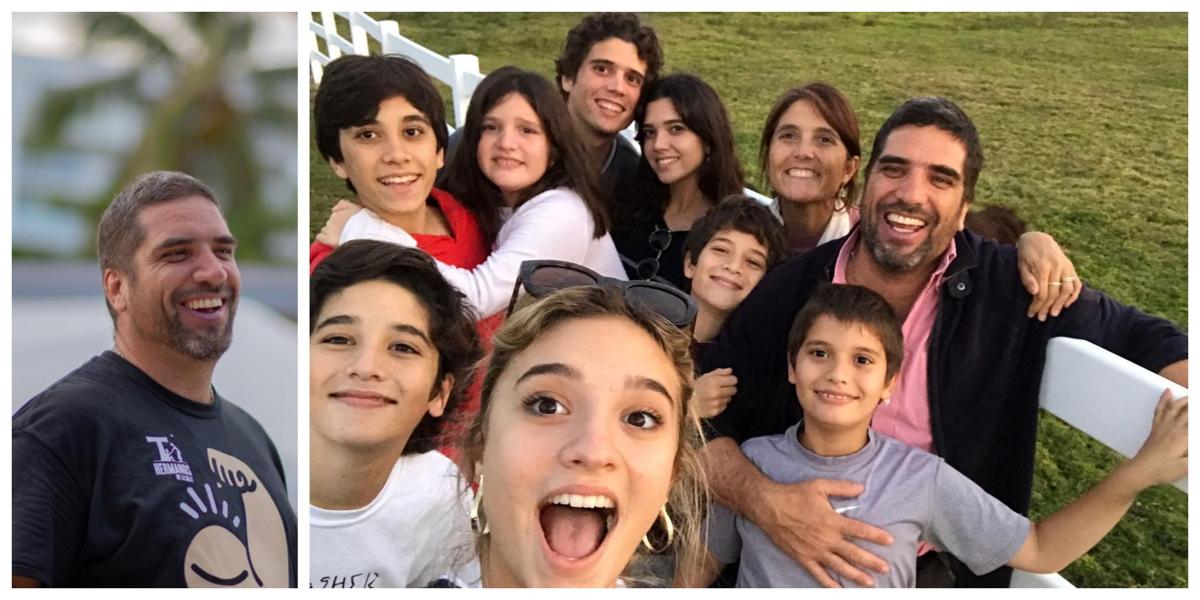 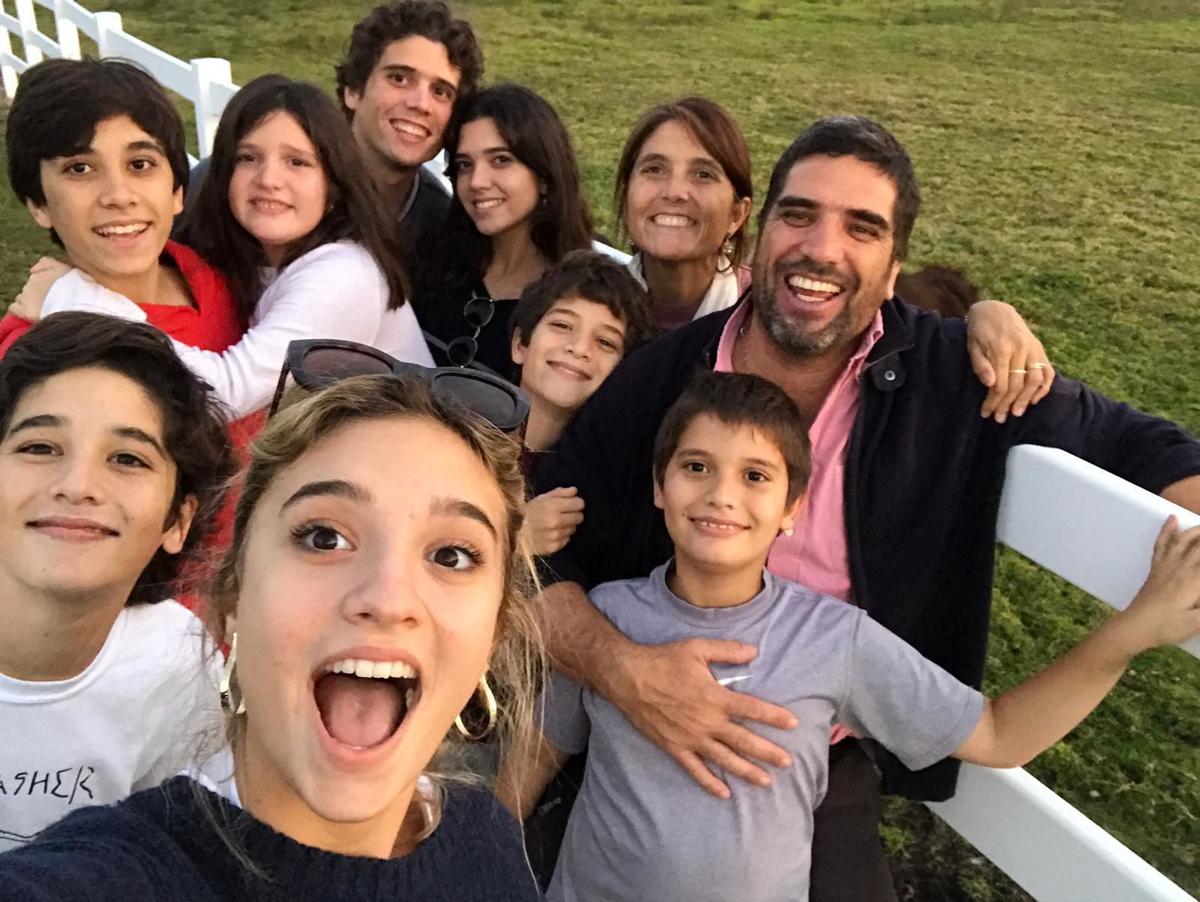 Narciso and Malena Muñoz with their 8 children 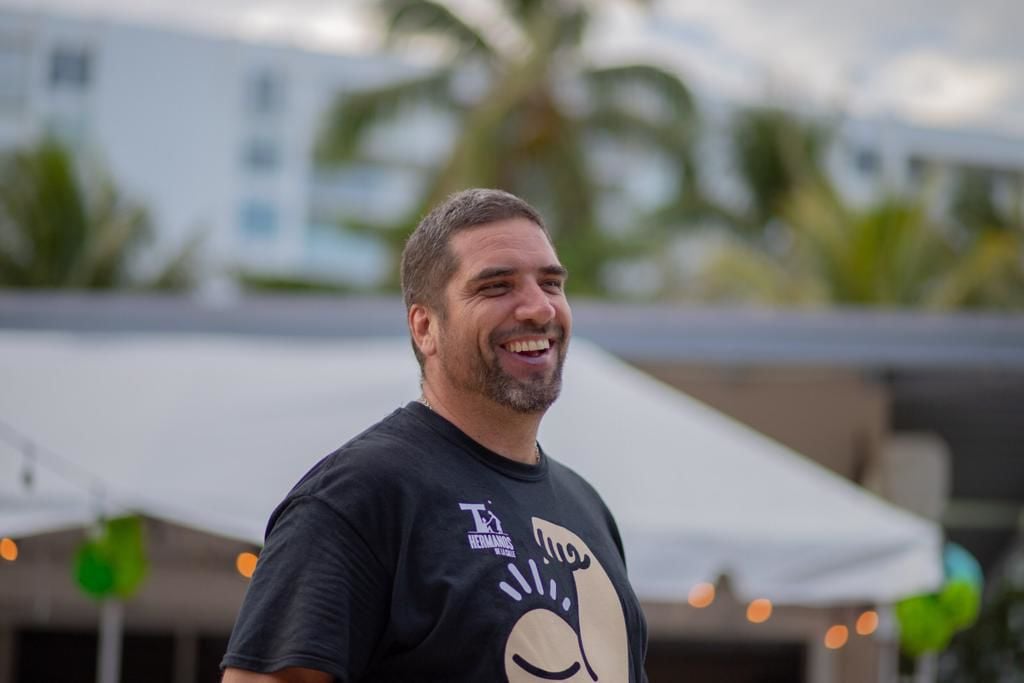 Narciso Muñoz finds truth and purpose helping those most in need

Narciso Muñoz was born in Buenos Aires, raised in Recoleta, which is one of the most chic neighborhoods in the Argentine capital. He studied at Champagnat College, spent weekends at the family’s farm, and enjoyed rugby friends. Muñoz did not imagine back in the day that, several decades later, he would be in Miami with eight children, leading a movement to help the homeless -- an effort that already has taken more than 200 people off the streets.

Muñoz is the eldest of seven brothers and the fifth generation to bear the family name, which he has also given to his first-born. “I carried the responsibility of being the eldest at home with the family mandate,” he said

IN. What did you like to do as a kid?

NM. I fantasized about being a politician; wanted to be president. Hahaha. I stuttered as a kid and was bullied at school. They used to make fun of my appearance, but hey, that makes you stronger.

IN. Have you always been interested in helping those in need?

NM. No. At home there was a bit of prejudice with the poor. There was a belief that if people were homeless and lived in poverty it was because they had not done things right. But with time, you realize that it is not so. Things happen without you expecting it. In my case, what happened was I started noticing the person inside. I used to only saw a badly dressed and smelly guy. Over time, I began to see the individual.

IN. How did you develop an interest in helping the homeless?

NM. It all started because I wanted to do something together with my family, show them a different reality from the one we are fortunate to live every day. We started visiting the Sisters of Charity, who fed people living on the streets. I told some friends about this and they wanted to join in. That’s where the movement began.

In one of the first outings, my friend Dino tells me there is someone else there named Narciso. I thought he was talking about my son, but no. There was a homeless person named Narciso. He became the first homeless person we took from the street. For me, that was a sign. One day I talked to him and he said: “I never understood why my parents named me Narciso. But now I understand it.” That touched me. And ever since I have been unable to stop. Then, more friends and others joined us. To date, we have helped about 250 homeless, and we have 40 people living in houses rented by the Hermanos de la Calle Foundation.

IN. How do you see this phenomenon of helping today?

IN. Are there times when you are tired and ask why did I get into this?

NM. Hahaha, yes. There are times when I’d like to do things other than dealing with people who so badly need my help. The worst thing is when you have to fight against drug abuse. It is exhausting, and the recurrence is very high. But I am lucky to have Malena, my wife, as the engine behind all this. She is very involved and we share the load.

IN. What is a successful person for you?

NM. A successful person is a person who has inner peace, lives in peace with themselves.

IN. And what is your formula?

NM. To fundamentally live your beliefs, without masks, without being distracted or just not committing to anything. There are people who start, and then run away after a while. I think you have to let the truth lead the way for you, and find peace in it. Above all, do not waste time.

For more information, or to donate to Fundación Hermanos de la Calle, visit them online.

Interview was first published in Chic KB. You can read the online version here.