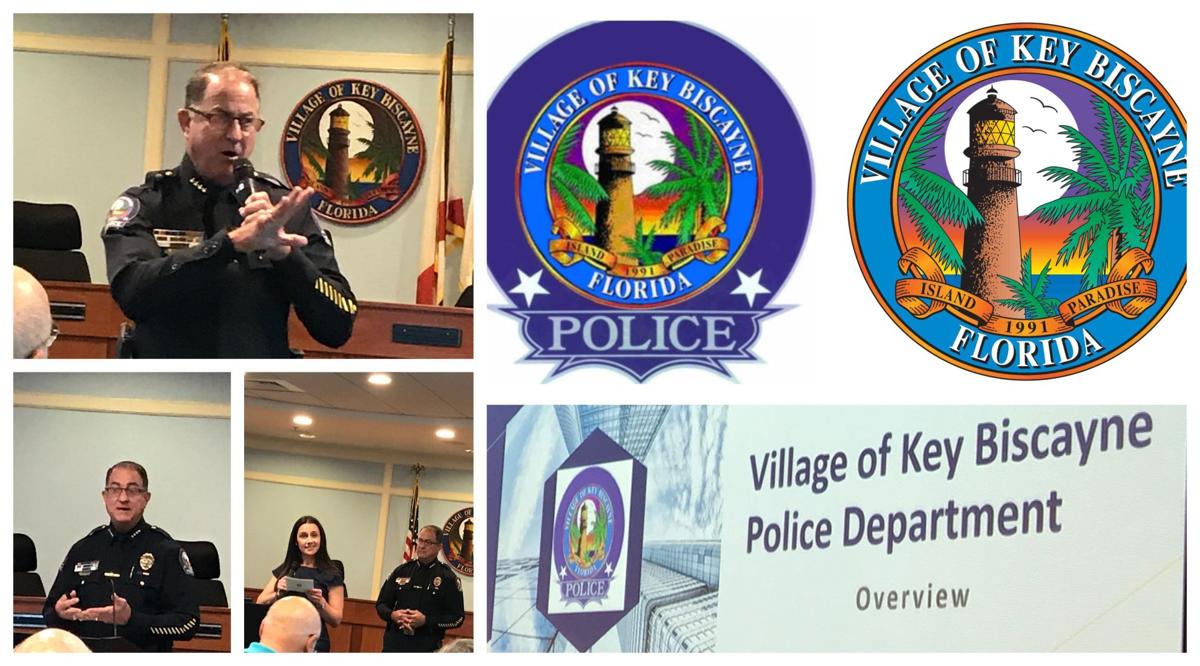 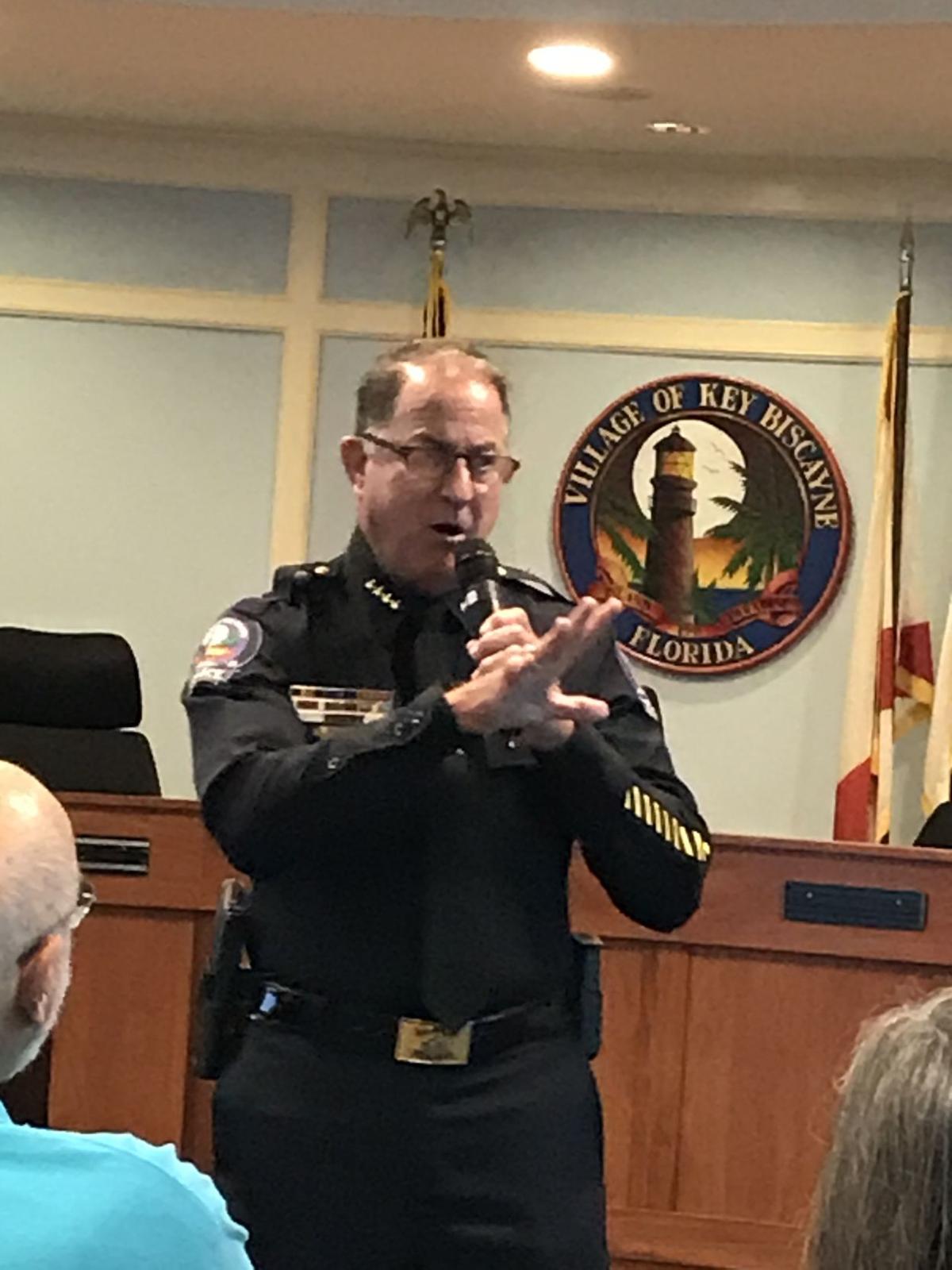 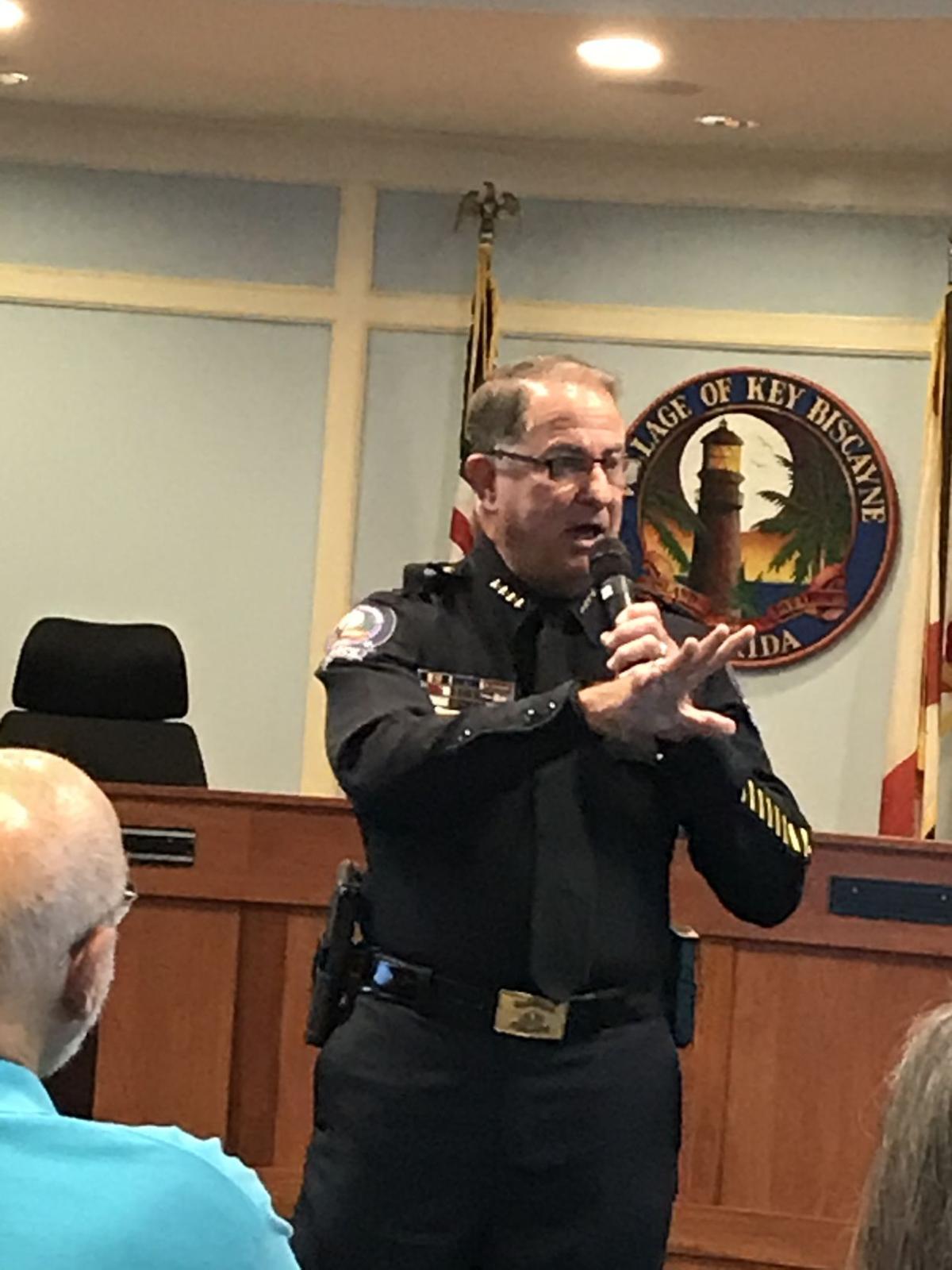 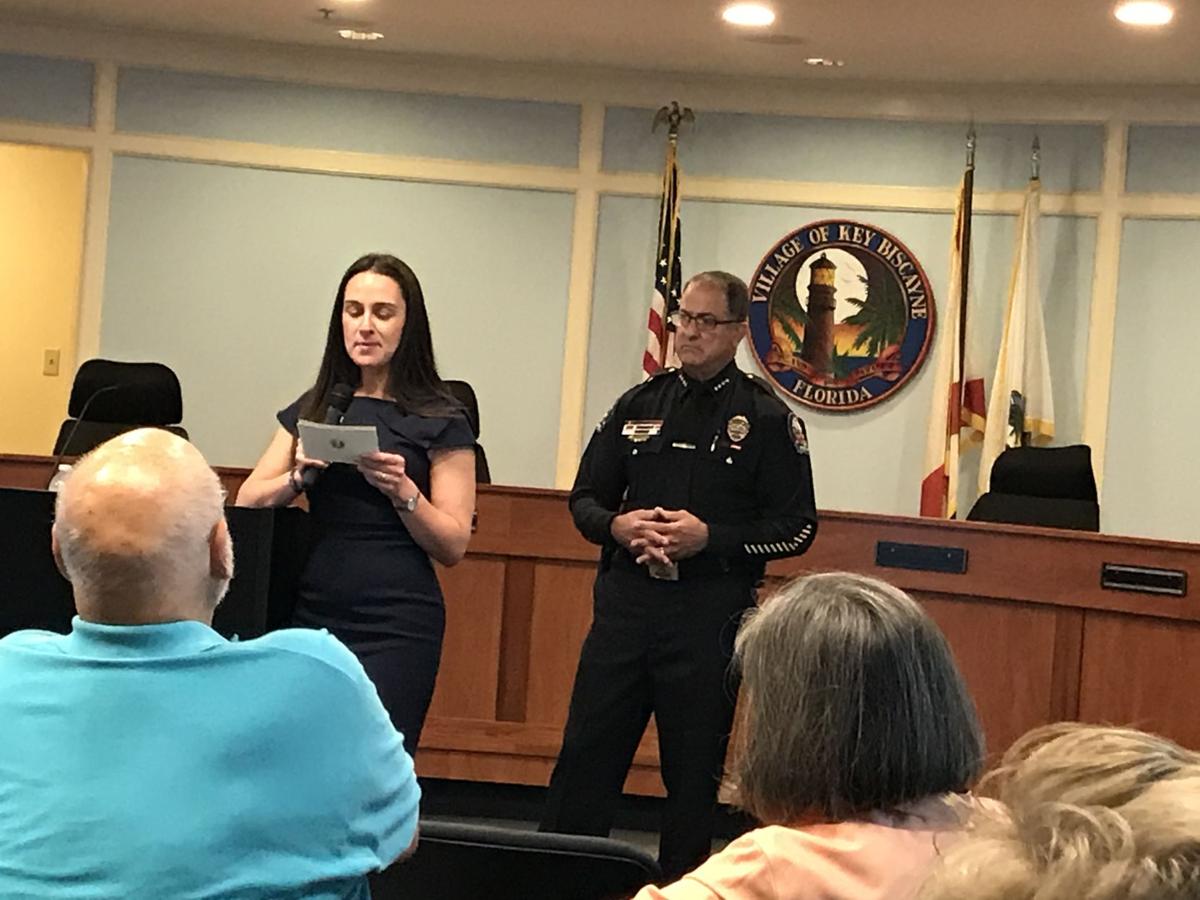 Keeping the Village of Key Biscayne’s 13,000 residents safe while responding to 30,000 calls – without adding many officers -- requires a combination of old fashioned police work and the allowable surveillance and high-tech traffic signals, Police Chief Charles Press told attendees of a Town Hall discussion on Tuesday.

Following a brief introduction by Village Manager Andrea Agha, Press spent two hours addressing the crowd. First he detailed the department’s history and policies and procedures. Then he responded to concerns brought out by citizen questions.

When Press was hired as chief in 2004, he upgraded the force using best practices of other departments -- with the aim of achieving accreditation from the Commission for Florida Accreditation, which they received in 2005.

A follow-up review of staffing resulted in some adjustments to the 36-person department.

In 2008, they established a Marine Patrol to counter “wild” parties offshore. Then, in 2013, the traffic unit started using motorcycles. The department continued to expand with the creation of a two-person detective unit in 2018.

Over the past year -- in response to the state’s Marjorie Stoneman Douglas High School Public Safety Act -- a new School Resource Officer Program was implemented in all five Village schools. Press noted that they didn’t wait for the county to act, taking the initiative instead.

For better community policing and visibility among the residents, several Key Biscayne officers, were certified in a police bicycle training course and formed a unit. The Village has held 10 popular community bike rides.

In response to last year’s burglary and crime spree in the Village, Press said more officers were put on the midnight shift. “We haven’t had a major crime like that since then,’’ he said.

Golf cart violations was an area of great concern among the attendees and provided an emotional exchange with the Chief.

Residents also asked the chief for more street patrols and community outreach, educating the public and schools about domestic violence.

Asked about the controversial “no chase” policy by the department, Chief Press wholeheartedly defended the policy as a safety measure. He said it doesn’t attract crime to the area.

“A police car involved in a chase is the use of deadly force, which should be done as a last resort chasing a violent felon,” he said. “The idea is to protect the officers and the public.”