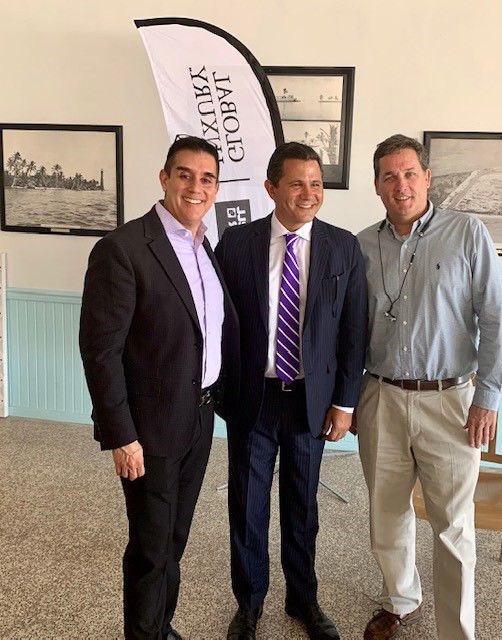 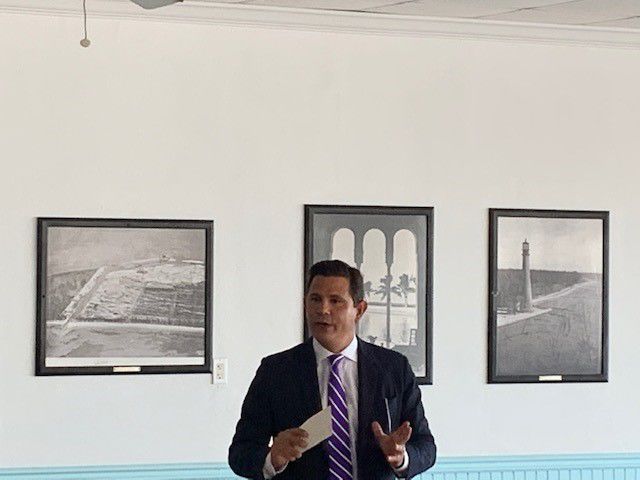 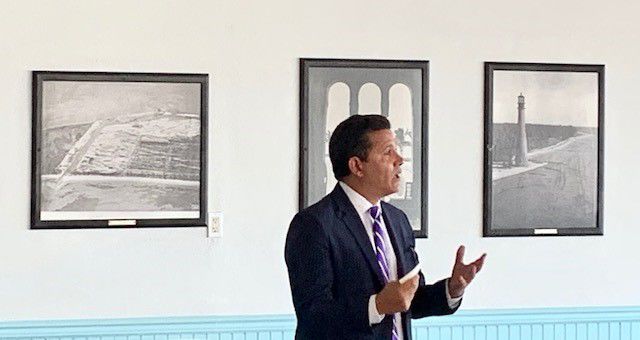 Seaweed invasion on the beaches, and sea level rise due to climate change, are two vital issues for Key Biscayne and Miami. According to State Senator  Jason Pizzo, however, there is still not enough political will to secure the investments needed to combat both challenges.

Speaking at a Dec. 4 event at the Key Biscayne Beach Club, Pizzo said, “Whoever intends to be elected in the next election should have these issues among their three priorities. If not, I would recommend not choosing him.”

Miami Dade County has enough resources, said the Democrat senator who represents the 38th District, but those in charge are not giving enough attention to these issues.

“Our sources of income, our business in general, is being affected by rising sea levels,” Pizzo said in a presentation sponsored by Coldwell Banker. “It is necessary to protect the important real estate assets and businesses that Miami has, especially in areas such as Key Biscayne and other coastal areas that have significant income for the state for its hotels, restaurants and number of visitors.”

In coastal areas, the costs of home insurance have increased significantly due to the threat of sea level. Pizzo said this shows that the problem is already hitting directly when this impacts where people buy.

Asked if a potential Key Biscayne home-buyer should worry about the rising sea level or issues with seaweed, the 43-year-old senator said the most important thing is that local government takes appropriate steps to ensure “remediation and mitigation and improvement.”

“The county has been very slow in reaction to these issues” and needs to be more proactive, he said. “Also the state, and I am working on that.”

Pizzo noted that Key Biscayne faces the same situation as every east coast Florida town. “The west coast has red tide problems and the state gave $18-million in six years to investigate. We need to have the same attention for the east coast and sargassum here.”

Realizing solutions will take the power of the people -- and leadership change, he said.

“The same challenges Key Biscayne has are the same as faced by Miami Beach, Bal Harbor, Sunny Isles and other beachfront communities. If we determine there is political will to deal with these (hard and expensive) issues, we will be better. But people have to demand this be done.”

Pizzo said he has “no confidence” that Miami-Dade County will make the necessary investments for climate change and seaweed invasion.

“I think there should be a change of leadership in many positions in the county commissions. I believe that nobody has the will to make decisions that require high investments.”

The bottom line, according to PIzzo, is that while expensive -- with estimates to remediate shorelines, build new treatment facilities and fix septic systems running into the multiple billions of dollars -- it simply must be done to protect our livelihood.

“It seems a lot of money, but it is not compared to the businesses and values we are protecting in our region,” he said.