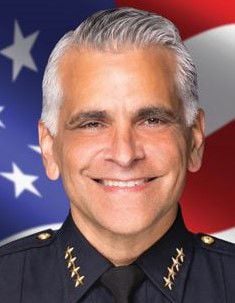 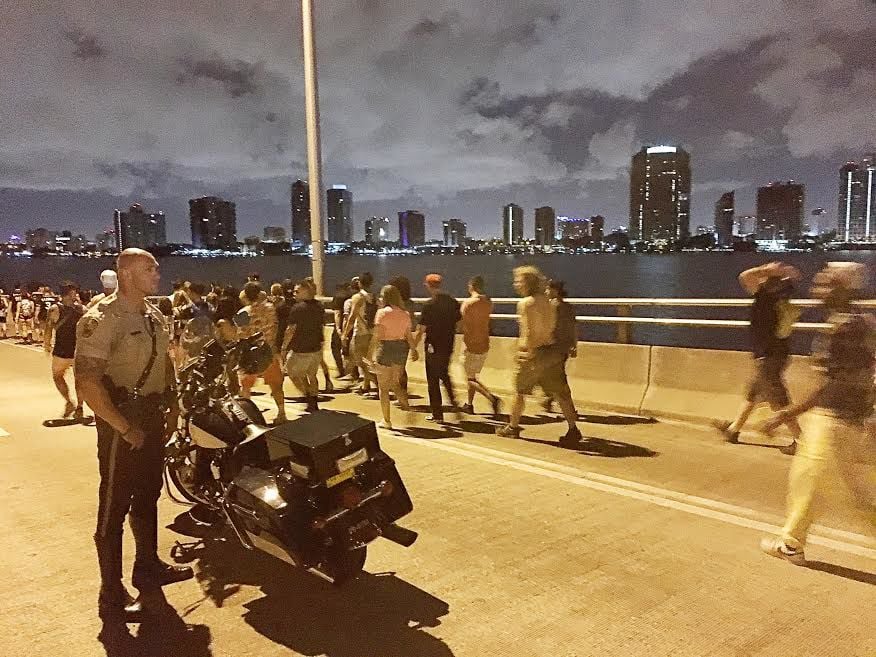 City of Miami Police prevent after party walkers from jumping median to traffic side on William Powell Bridge.  Cops were reportedly stationed about every 100 yards. 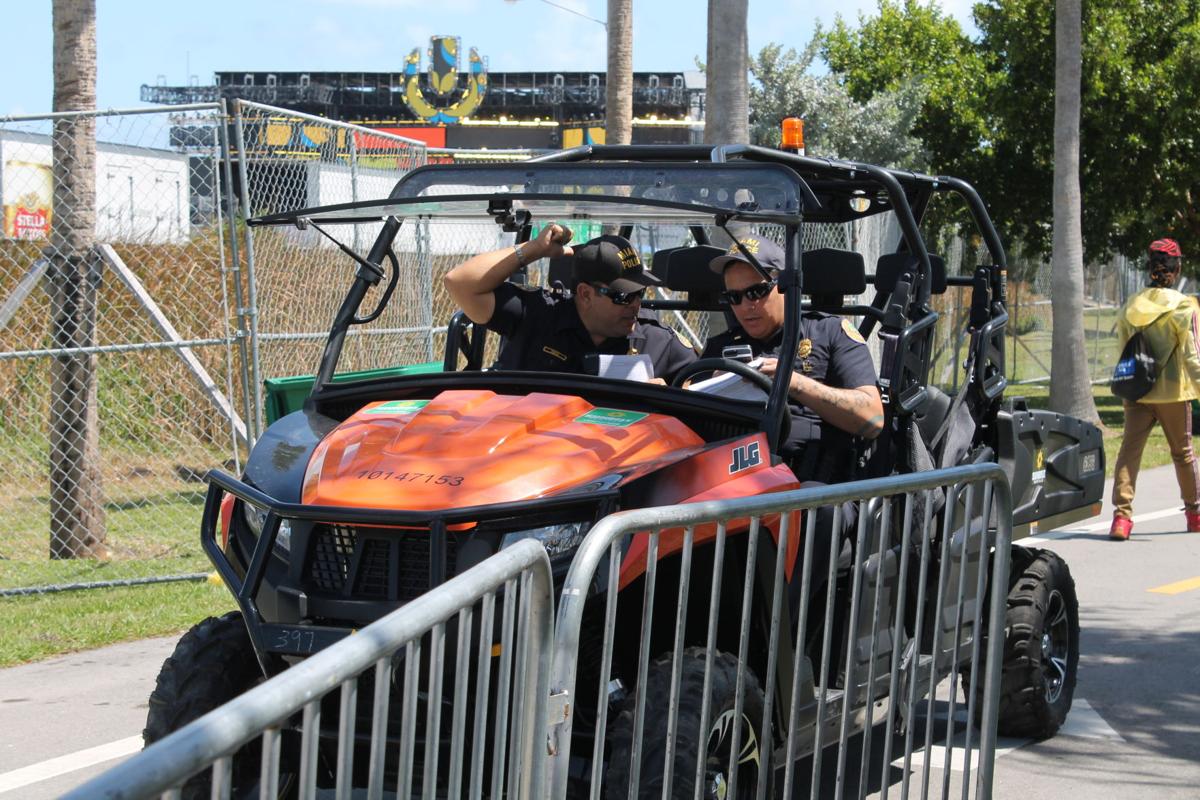 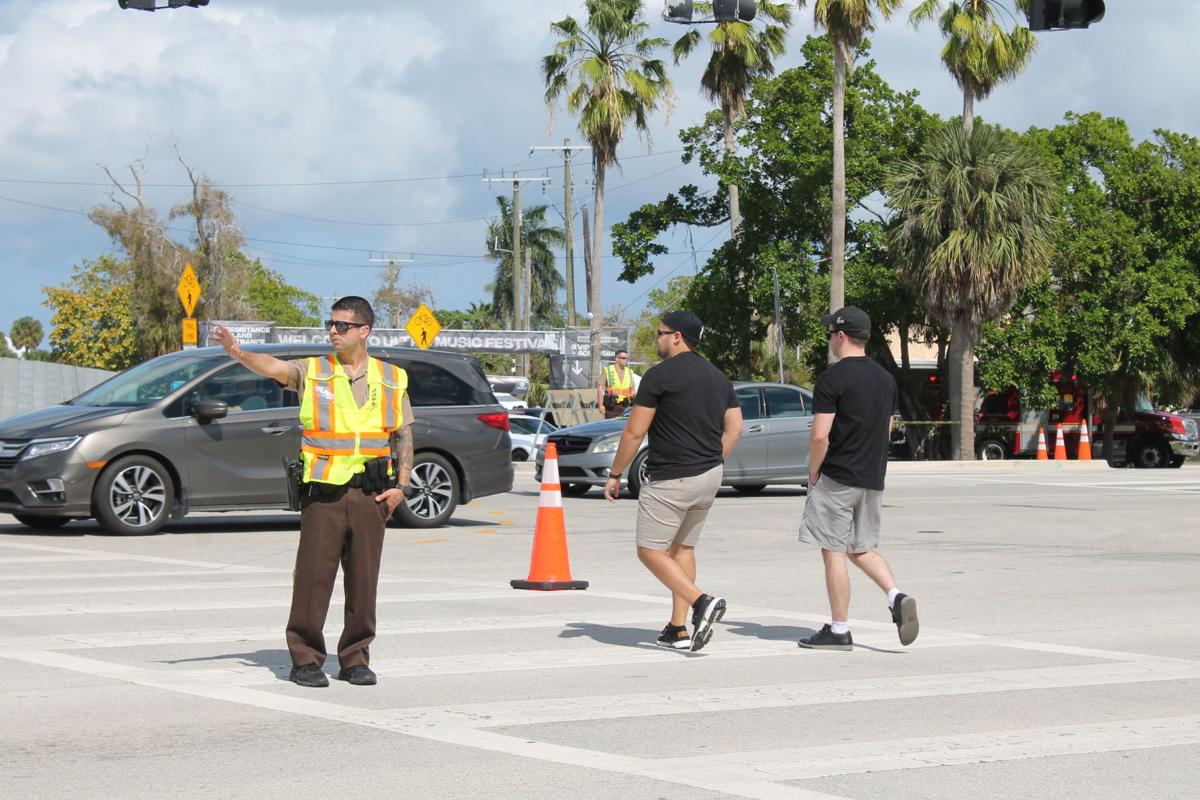 City of Miami Police prevent after party walkers from jumping median to traffic side on William Powell Bridge.  Cops were reportedly stationed about every 100 yards.

City of Miami Chief of Police Jorge Colina took the time to answer questions from Islander News after a busy weekend when hundreds of off-duty law enforcement personnel were on site at Virginia Key to manage safety operations at the Ultra Music Festival.

IN: Looking back on the weekend, as far as City of Miami Police resources and execution of public safety priorities, are you satisfied that this was a manageable event for your department?

JC: I’m satisfied in terms of the public safety component, our primary responsibility. There were no incidents with fights like we saw at spring break. In terms of safety, yes. With the logistical component not so much, but that is outside of my purview. I have to work within the confines of what my assignment is.

IN: With an event of this magnitude is it fair to say that such an overabundance of attention in one confined geographic area could leave other communities more vulnerable?

JC: Not really. We never staff like that. We have staffing standards and minimums regardless of what event is going on. If on any given day, for example on a Thursday there are eight officers working because that’s what we typically staff, what we are going to do if we need to is pay (additional) officers overtime, that’s what we use. We don’t use any on duty resources for these events, they are otherwise not working and if we need to we will be assisted by other departments (in other municipalities).

IN: How many officers were working? And I understand that Ultra is paying for those off duty resources, can you say how much that cost…or give an approximation?

We normally don’t give specific numbers for safety purposes, I can tell you we had hundreds.

We haven’t gotten the final report yet. Some people went home a bit earlier, the majority stayed longer than we had anticipated. It certainly was expensive for that amount of officers working time and a half; an expensive endeavor.

IN: Can you summarize the marine patrol around the water taxis, recreational boats near the venue and talk about the inherent dangers of so many boaters out in the dark waters navigating late at night?

JC: That actually went really well. We had two separate incidents when we had to pull people out of the water that jumped into the water, one was more a kind of a prank it seemed like fun nonsense and the other I couldn’t comment further but they were both okay as well as our officers.

There was higher boat traffic than normal. People complied with our directives and didn’t come into the basin and so luckily that went as well as we could have hoped.

IN: Can you talk about the synergy at Command Central with all agencies working together?

Fortunately we work well with all of our partners and we have mutual aid agreements with all of them. We also had outside agencies…we had the Coast Guard, FWC (Florida Fish and Wildlife Conservation Commission), the FBI…everyone was housed together in one unified command.

Ultimately everyone that comes together wants the same thing, for no one to be harmed or victimized and for everyone to come home in the same shape they left.

IN: I understand it’s not necessarily your purview to speculate on the merits of Ultra at Virginia Key but considering your experience and the scale of this event at a location like that with one entrance and exit, and what one council member said was a miracle that no one got hurt, does it really belong there?

JC: To a certain extent, any way you slice it, its 120,000 people in a three day period and the sheer size dictates someone can get hurt, have an accident, fall and hit their head…in that respect I feel like we are lucky. We have had events like that when somebody got hit by a car. You cross your fingers and hope for the best. Yes, that many people over a three day stretch, we got lucky.

I will say we have an elite police and fire rescue and if we weren’t so professional it might have been different. People don’t realize how good the departments are and they are super prepared.

I’m conflicted. I feel it’s a big event that requires a lot of work from our police department and the easy answer is less work is better. But I recognize that people from all over the world come here to South Florida and that is a massive boost. So I’m conflicted between recognizing both the good and bad in all of this.

IN: Is there anything else you’d like to add?

JC: I feel like the Key Biscayne Police were exceptional in how they assisted us. Chief Press was intimately involved the entire time and I think the folks of Key Biscayne are fortunate to have that kind of leadership representing their police department.