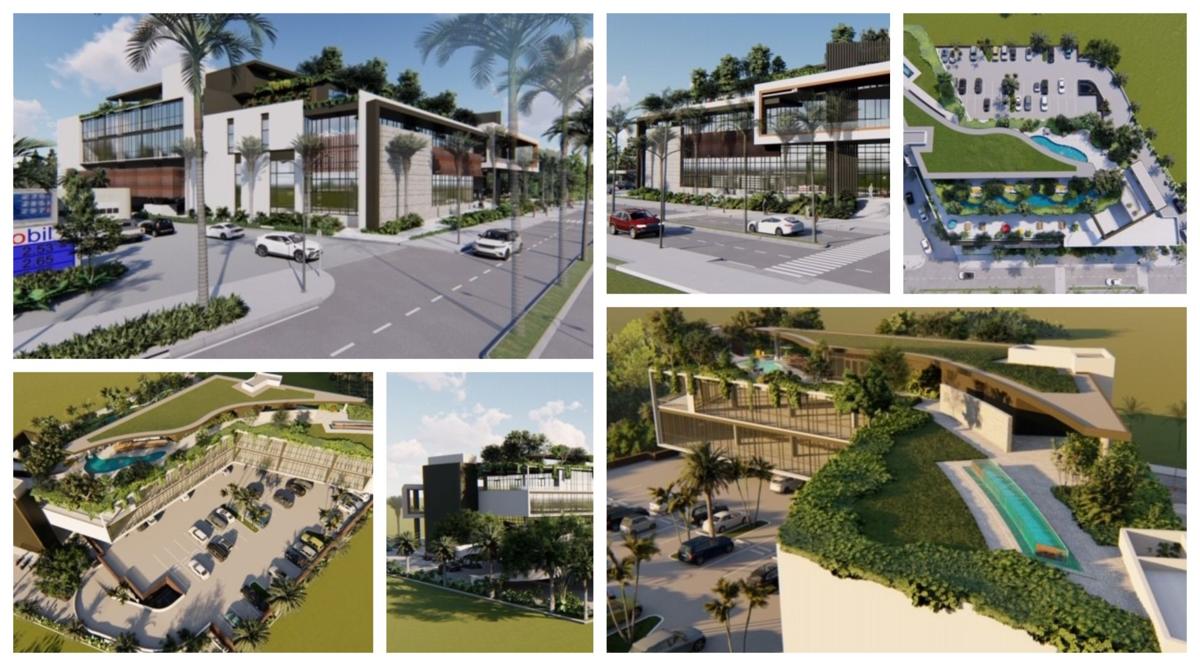 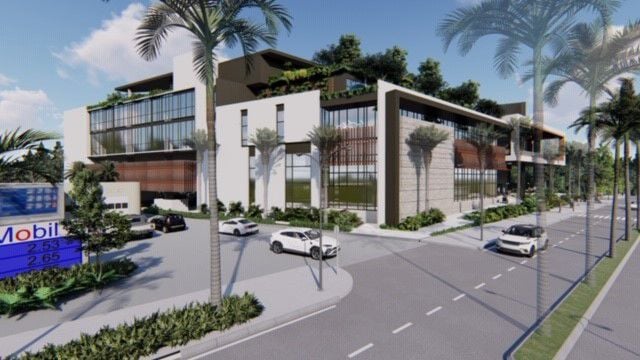 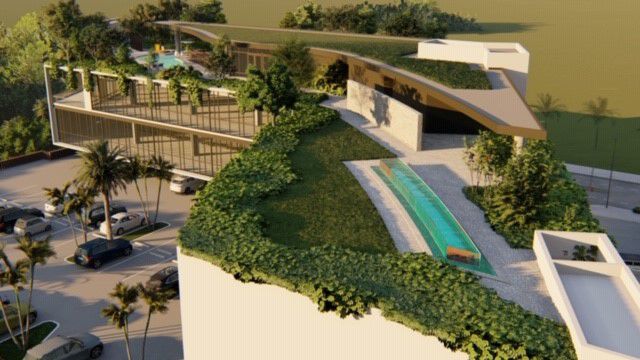 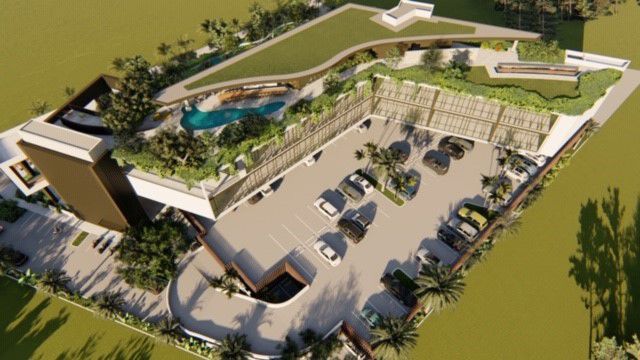 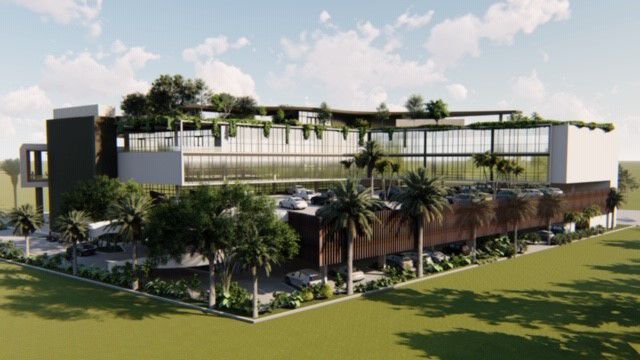 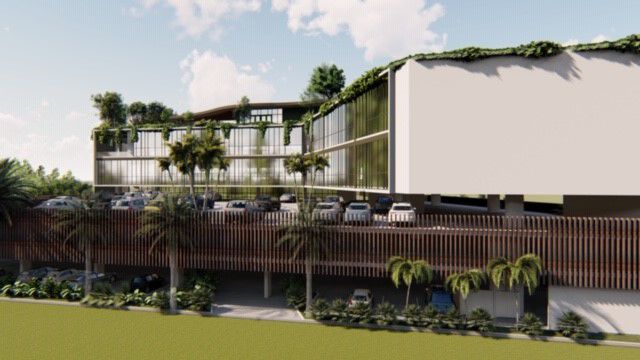 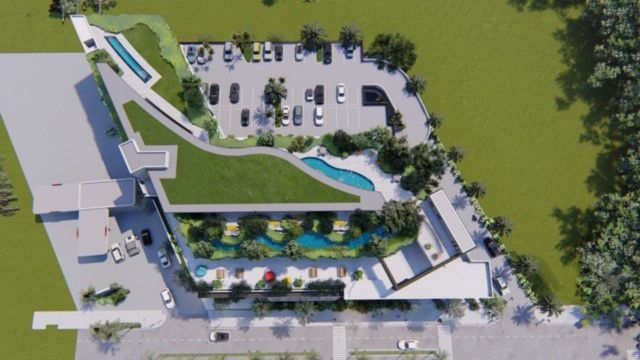 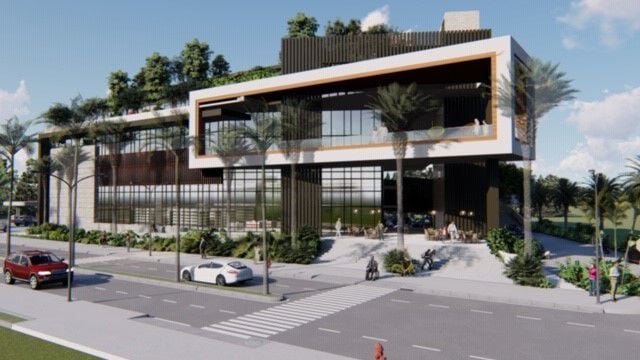 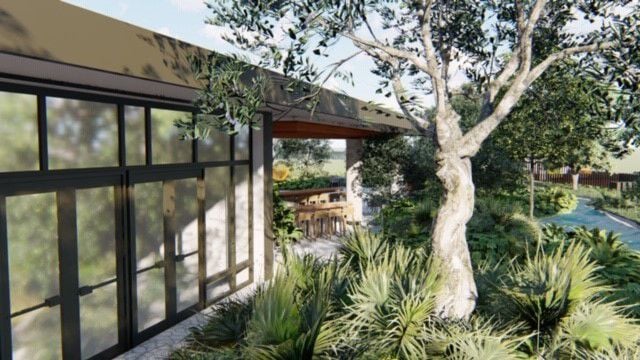 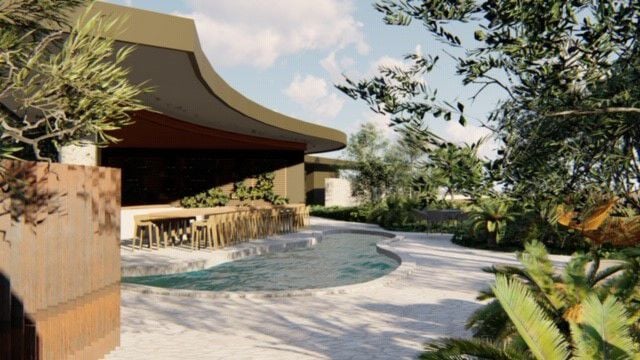 A modern retail, office and business complex featuring recreational spaces, green spaces, a cafe, and a rooftop restaurant-bar is being proposed by team of investors as the answer to the 1.35 acres eyesore that is the entry block today.

The team representative, Alex Lipzer, met with the Islander News to discuss their plans for the empty lot on Crandon Boulevard, which they plan to present to the Village Council for approval in the near future.

The project, dubbed “Key Biscayne Gateway,” has been discussed with village authorities and has gone through a variety of design adjustments to incorporate suggestions from all parties. The group is working on an opportunity to present the plans to the Village Council at a future date.

“We hope it is approved,” said Alex Lipzer, of Key Biscayne Realty Group, who is with the investment group Ansasi LLC, which is under contract to purchase the property. Records show that Ansasi LLC was formed in 2013. David J. Waxman is listed as Principal and CEO.

“To be able to develop the entrance to the island with a project that truly reflects the Key Biscayne lifestyle, we believe, is something the great majority of the residents are longing for,” Lipzer told Islander News in an interview Monday.

The proposed development features a double entry and exit onto Crandon Boulevard, and would also have access to the Harbor Plaza shopping center on the rear, ensuring smooth traffic flow and minimizing traffic congestion at the entrance to the island.

The property’s current owners, ES KB Partners LLC, bought the property in 2015 for $15 million. At one time the asking price for the entry lot was reportedly $22 million. The property was last listed for sale with an asking price of $18.9 million, but Lipzer did not indicate the purchase price on Ansasi’s contract.

In an October 2018 article in Islander News, the Village Council instructed Village Manager Andrea Agha to negotiate purchasing the entry lot. At the time, according to the report, the owner valued the property at $21 million; the Village pegged the value between $8 and $9 million. The Village eventually dropped the purchase effort.

Regarding the current proposed development, Lipzer said, “We have been trying to incorporate all the suggestions we have received, arriving at what we think is a state of the art, eco-friendly project, (including) a rooftop where you can enjoy a meal or drink with a magnificent view of the city of Miami and the bay to both sides, ”

A small amphitheater will also be included as a public space to be used by local groups and public events, he added.

When completed, the multi-million dollar planned development will have 40,000 square feet of retail and office space on three floors and rooftop, measuring 49 feet high, about the height of the Pankey Institute on 1 Crandon Blvd. In a Planning and Zoning application, dated December 6, submitted to the Village by attorney Mario Garcia-Serra, representing Ansasi LLC, the prospective developer requested height and F.A.R. (Floor Area Ratio) regulatory variances from the Village. The development will also include approximately 200 parking spaces and additional golf cart parking, according to Lipzer.

The investment group hopes the new complex will integrate well with Calusa Park, located behind the location. The Village has previously discussed upgrading that space into a new park.

The development group will hold a public meeting in the Key Biscayne Beach Club at 6 p.m. on Monday, Dec. 16, so residents can see the project’s renderings and offer opinions before the group presents its final plans to the Village Council.