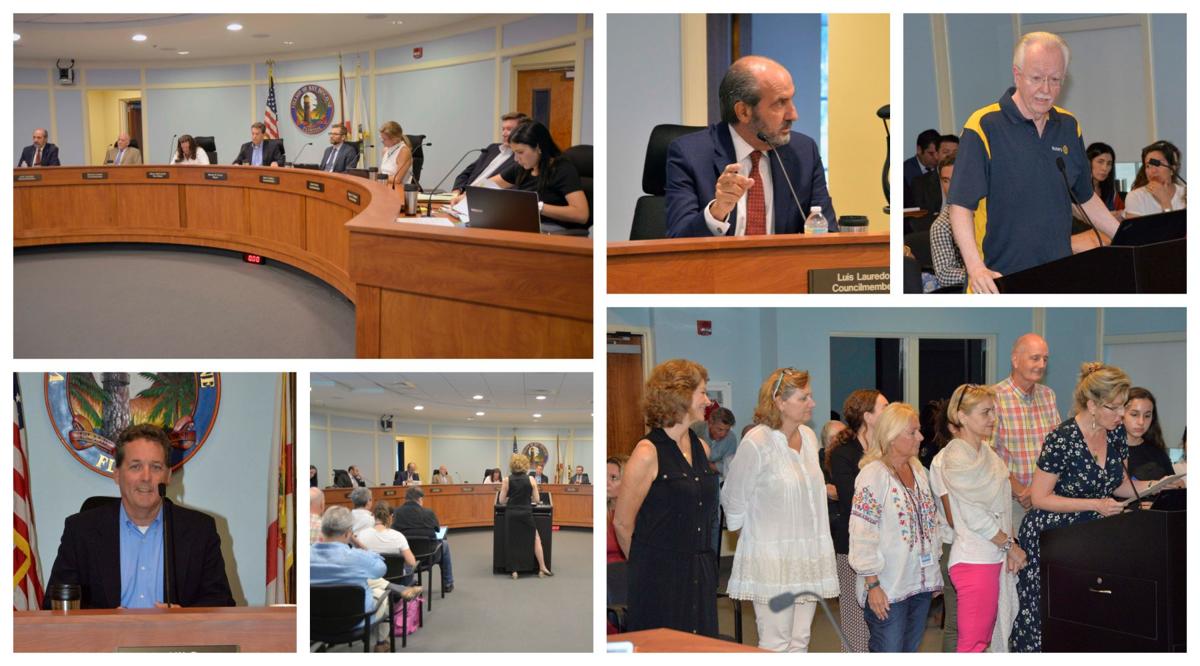 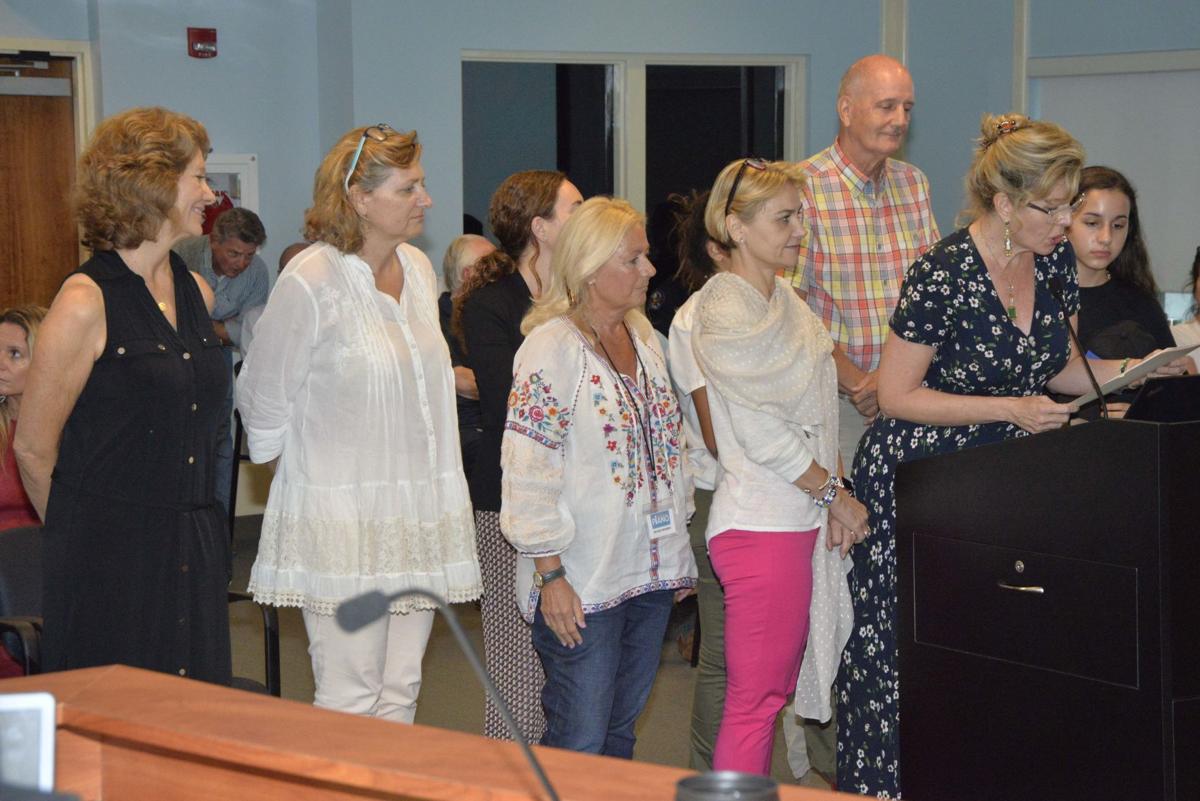 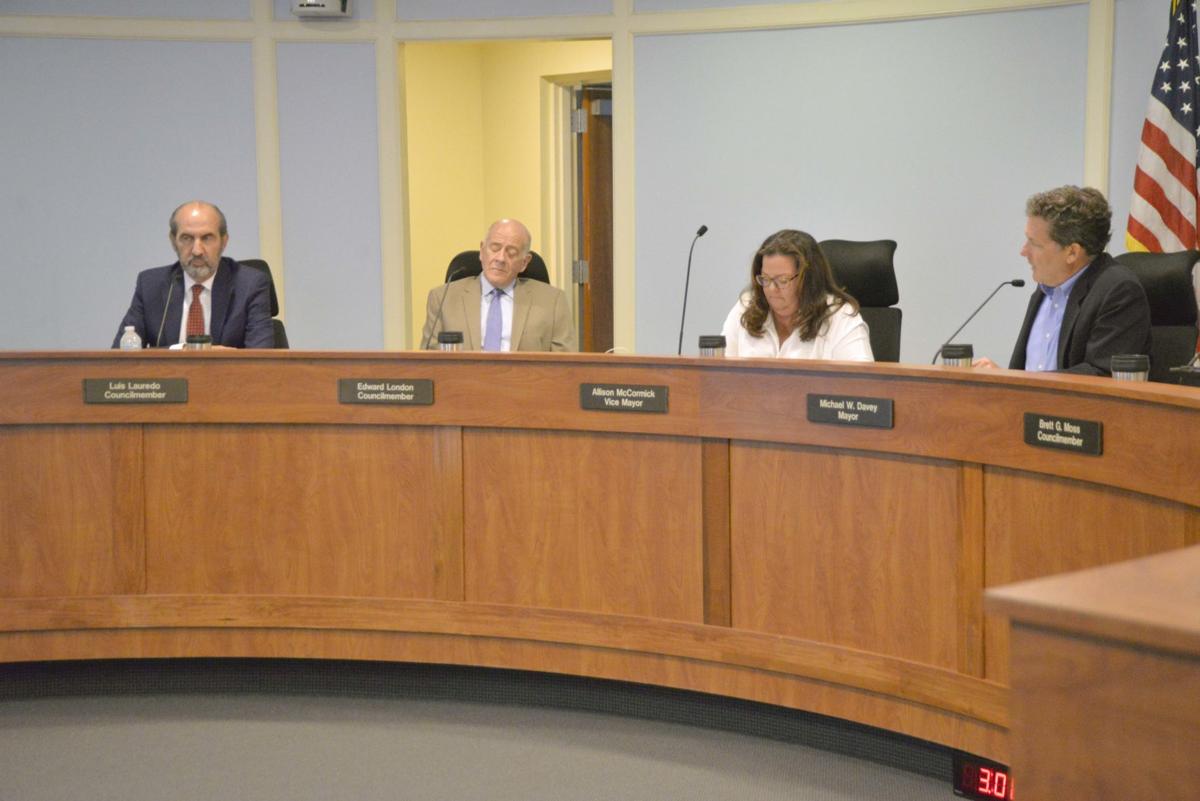 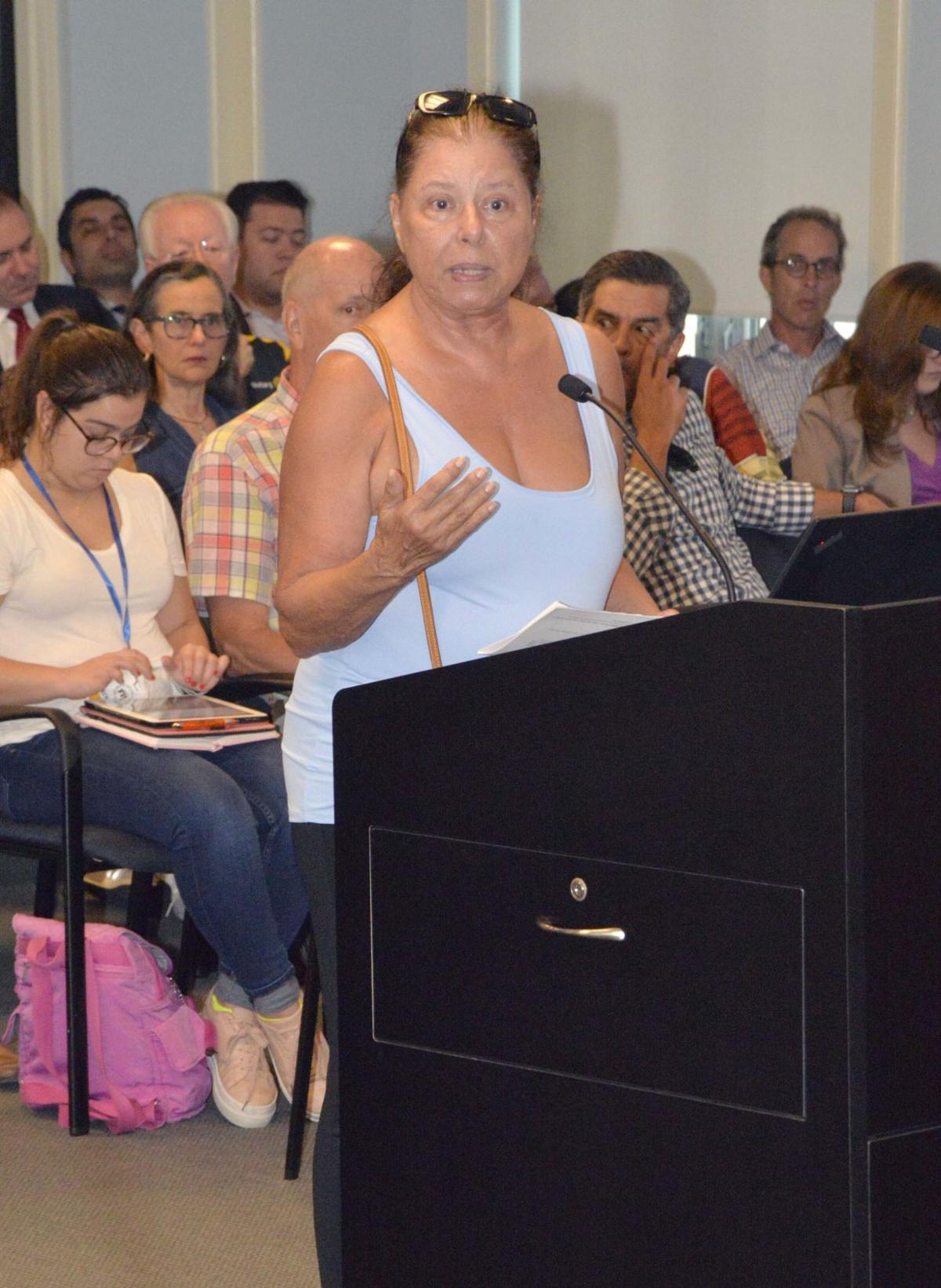 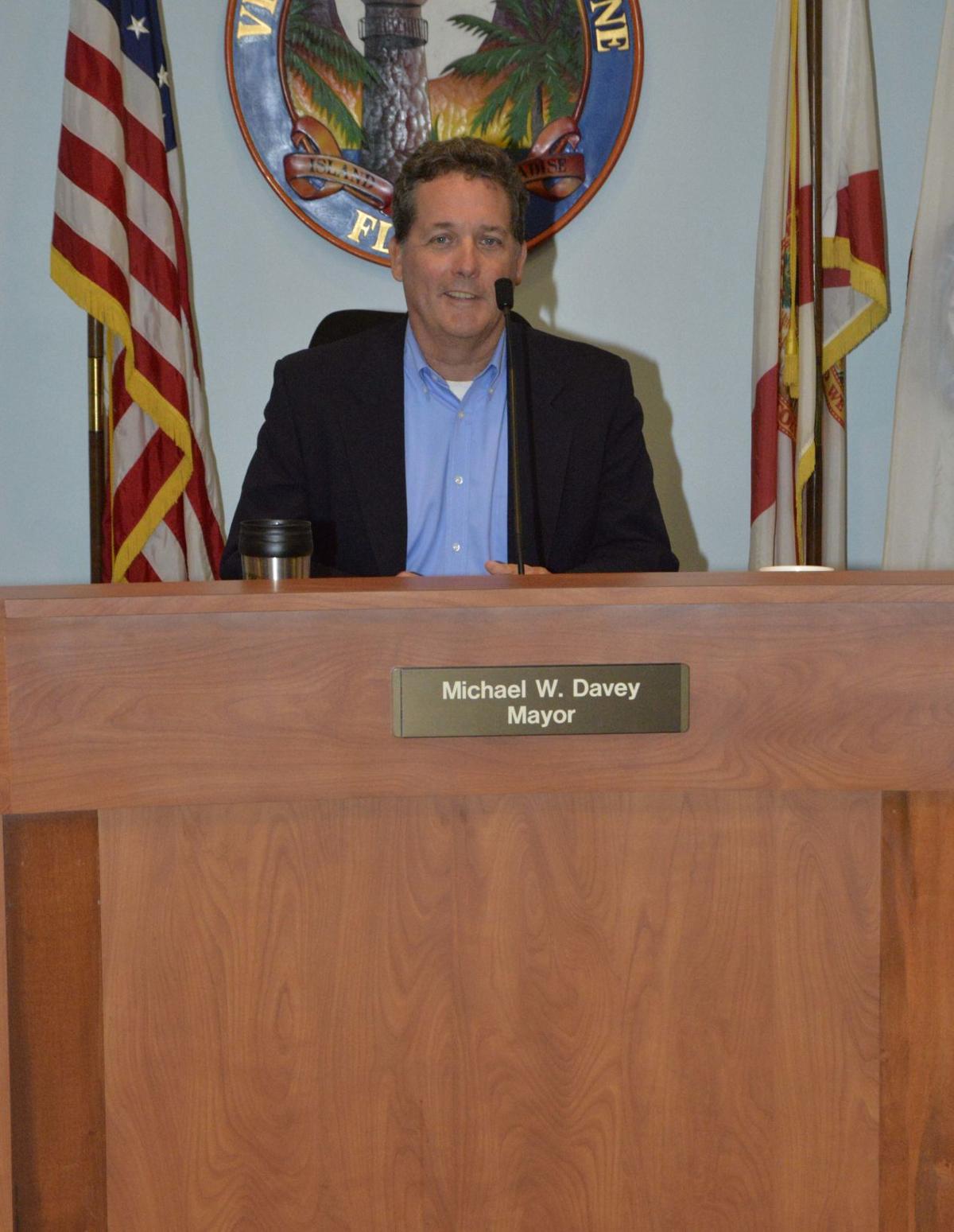 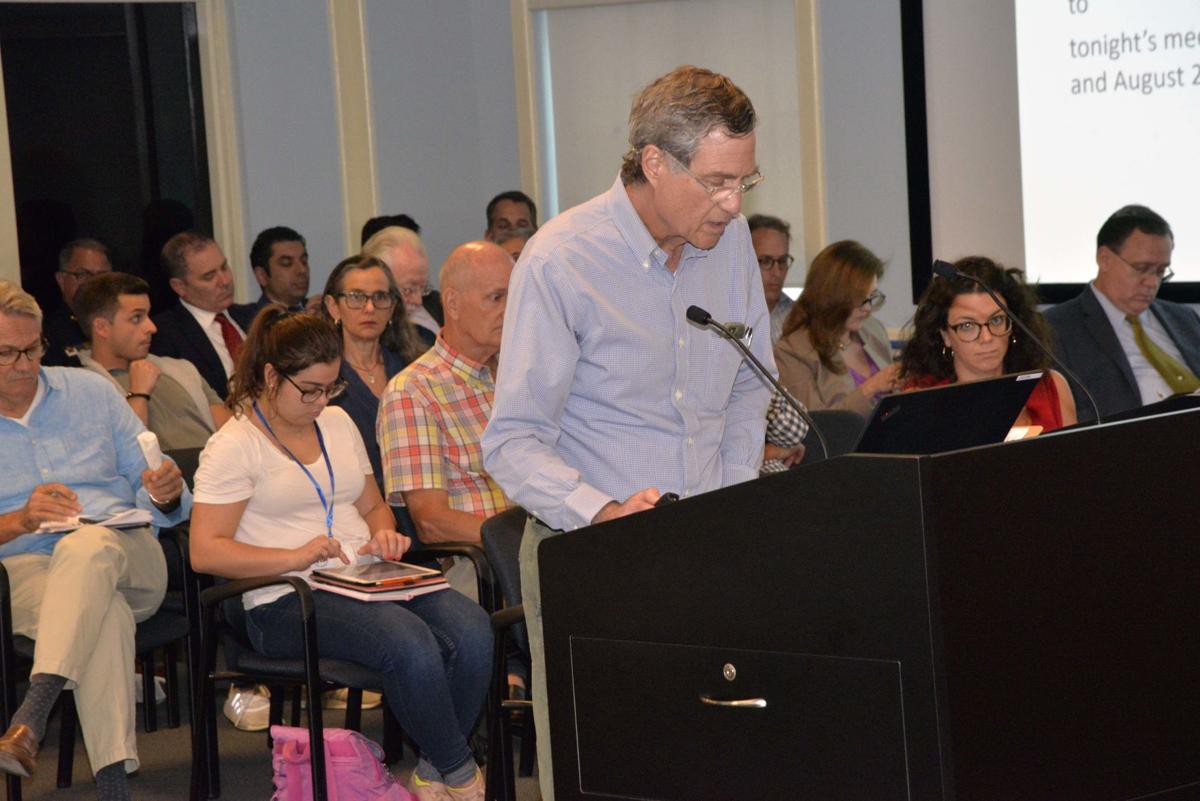 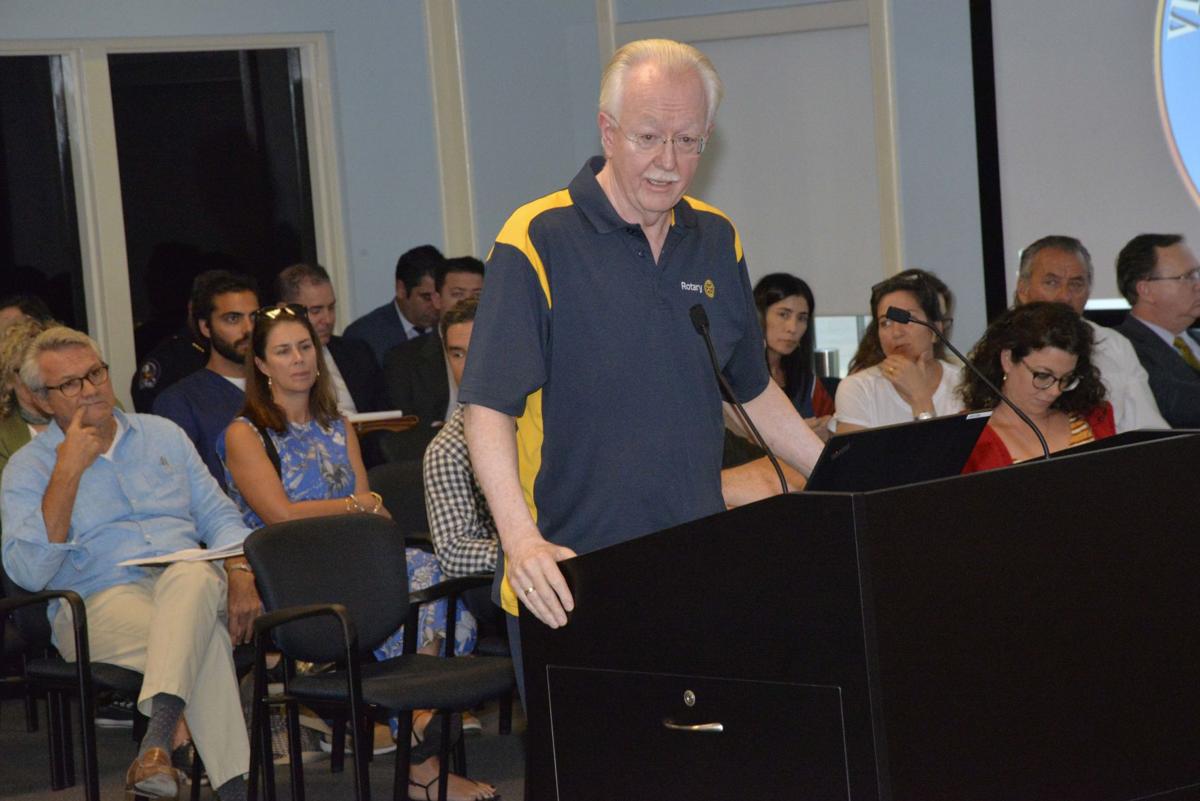 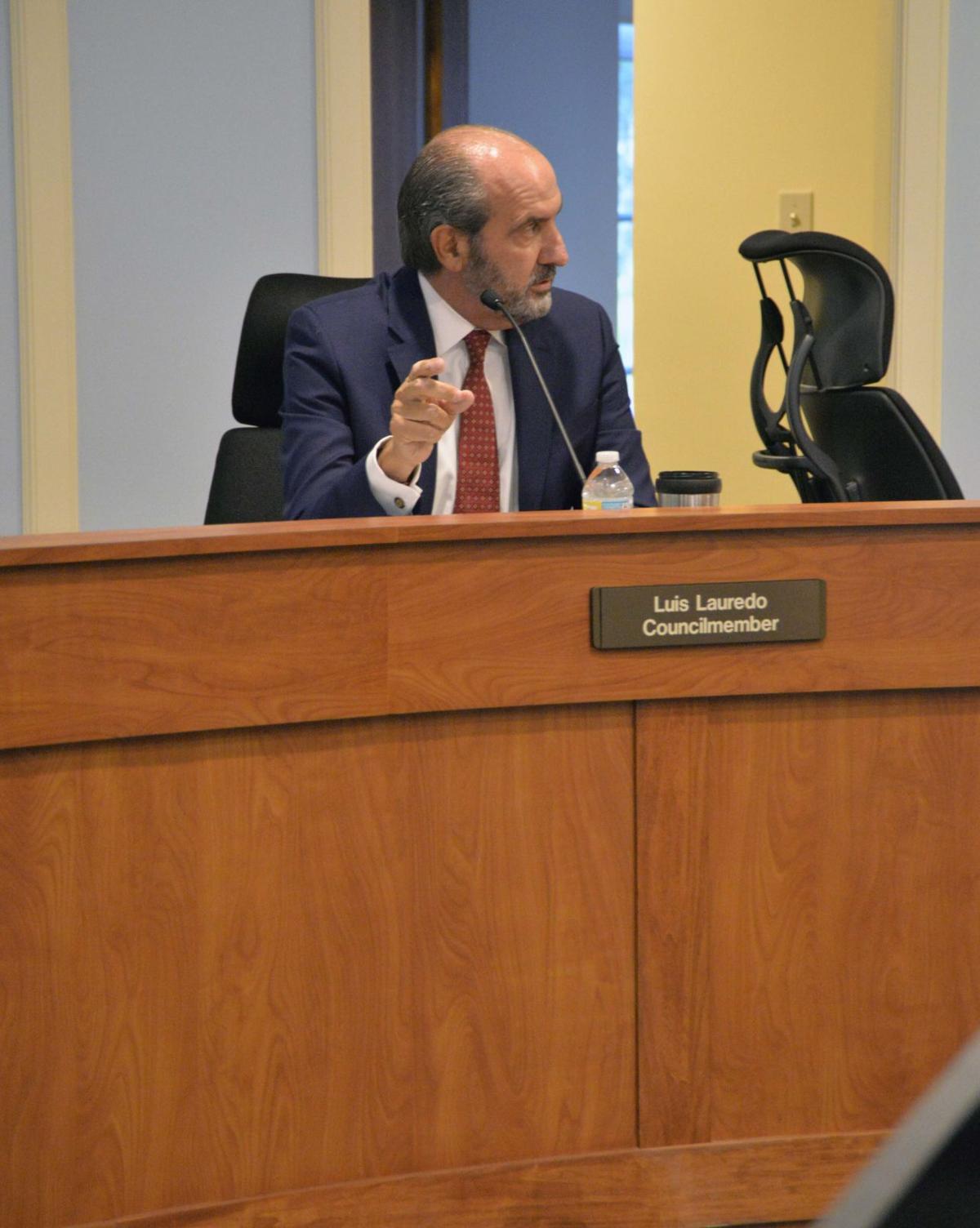 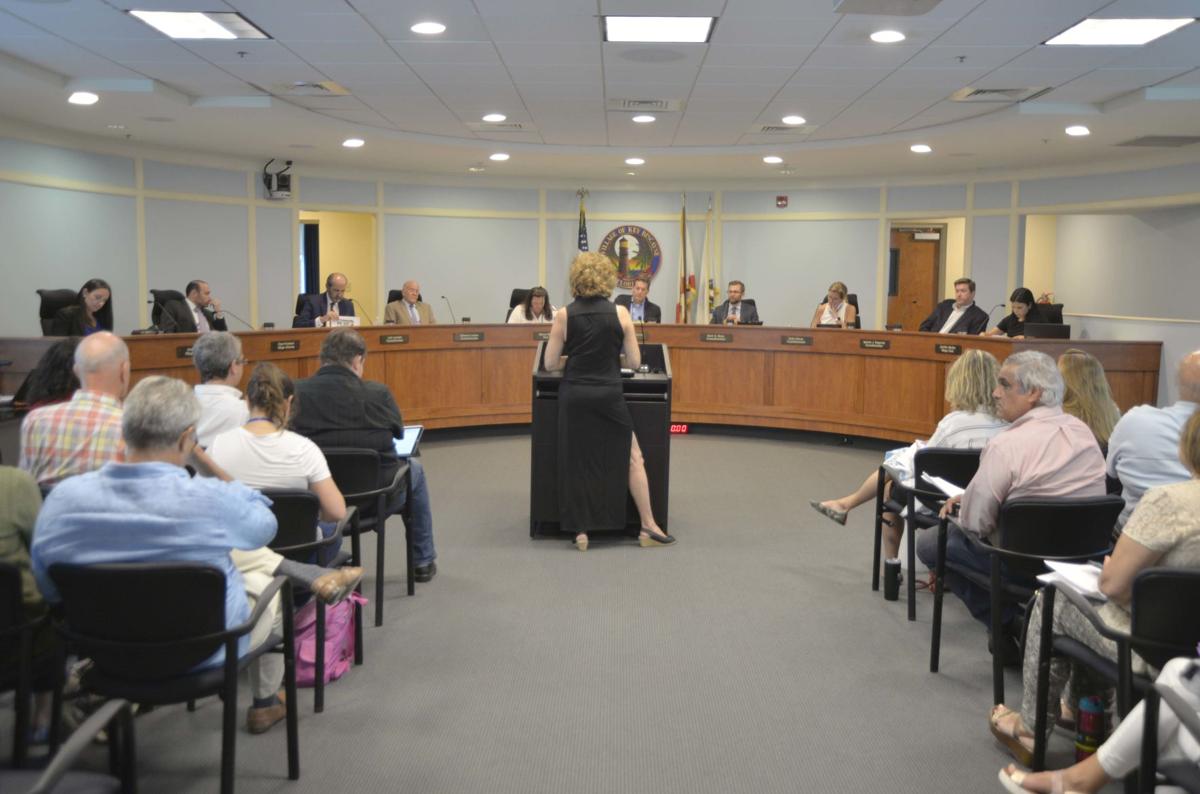 Mayor Michael Davey started the first hearing for Key Biscayne’s 2020 budget Tuesday night by reminding all present that it was taking place the night before the anniversary of the Sept. 11 terrorist attacks.

Then he praised the policies of the Key Biscayne police, who do not chase alleged perpetrators of nonviolent crimes. “And people will not be profiled in Key Biscayne,” he added, emphasizing “not.”

The remarks came after residents protested break-ins and car thefts at special village council meeting earlier in the evening. That resulted in a testy exchange between Davey and council member Luis Lauredo that ended with Davey cutting off comments by Lauredo and then adjourning the meeting.

All was peaceful after a short break and council began a four-hour-plus budget hearing that saw them tentatively approve a $36 million budget for 2020. Other highlights:

And, a hike in the city’s millage rate.

Among the community activists who addressed the council were representatives of:

All community organizations that have been aided in the past will continue to be funded, at least in part, by the village. MAST, the piano festival and the Zero Waste Culture will join them in the coming year.

“We want to give our students a platform . . . they are the (agents of) change,” said former Councilwoman Patricia Woodson, who represented the Outward Bound/Peace First program that will include seminars, assemblies and other activities for students from Key Biscayne schools at MAST. It will receive $27,000 from the village.

Village officials agreed to give Zero Waste Culture $13,805 and a site at which composting will be done. The Key Biscayne Piano Festival, which derives the majority of its support from private and corporate donors, will receive $29,500 for “cultural excellence.” The eight-concert festival takes place over six months and features well-known musicians.

Village Manager Andrea Agha called resiliency “our first and foremost priority. We are focused and we are strategic . . . creating a resilient island.”

After Davey mentioned beach renourishment, council member Katie Petros noted that it would take $674,000 to fund a study of the matter. The village hopes the U.S. Army Corps of Engineers will ultimately fund the study.

“But the Army Corps of Engineers could (reject the village’s request),” Davey said. “It’s a lot of money. But we may need an entirely different study.”

After the subject of dune restoration came up, Agha reminded members that the village is in the third year of monitoring sea grass, and council member Brett Moss recalled weather-induced setbacks

“We were going to do a patch and then Irma came and wiped out (most of the work),” he said, speaking about the sand washed away. “FEMA should reimburse us, $2.2 to $2.4 million.”

“But how much will it cost to renourish the beach without FEMA becoming involved?” asked member Edward London.

Petros also asked for a definition of resiliency, literally and in terms of its place in the budget.

“Every year, we talk about resiliency, but we’ve got to get going,” Davey said.

Key Biscayne will have a Resiliency Officer, but whether he or she will have a job separate from that of the community engagement and communications officer, which was budgeted, remains to be seen.

Resiliency also was in the background when the matter of installing solar lights at MAST’s playing fields at a cost of $82,672, and it did prompt discussion.

“I think that if we’re looking at investing village money, it ought to be in the village,” Petros said.

“It moves in the direction of our brand as a community,” Vice Mayor Allison McCormick replied. Davey said he would favor working with the School Board of Miami-Dade County on the matter.

“Why don’t we try to see if they can” help pay for the lights? McCormick asked.

Parks also were the topic of discussion, Lauredo stating that he does not believe buying property for parks is a “strategic necessity.”

Rather, he called existing parks “jewels.” Certain ones, however, and the Art in Public Places installations, are “in terrible condition, way below our standards.” Laurendo said the emphasis should be placed on improving them.

The new proposed budget includes $360,000 for restrooms, a path and work on two gazebos at Beach Park, as well as $1.2 million in improvements to 530/Crandon Park.

As for improvements to deteriorating traffic circles, the village’s five-year plan was reduced to three at Davey’s behest. Lauredo agreed. “It should not require citizens to be out there taking pictures (of traffic circles) that embarrass us,” he said.

Key Biscayne’s Community Center also is due for work on its roof as well as expansion, a $15 million project which, when completed, will include basketball courts and a swimming pool, among other things. Davey suggested budgeting the money now and allocating it later.

Fire Chief Eric Lang addressed the council on the need for a new fire truck. The village’s current engine is 16 years old, he said, the oldest vehicle of its kind in Miami-Dade County.

“I’ve been trying to replace this truck since it was 12 years old,” he said. “It is out of service 40 percent of the time and . . . we are using an old truck we borrow from the city of Miami.”

The council agreed to fund a new truck at a cost of $750,000 and to buy new radio equipment ($250,000), a necessity because of upgrades to Miami’s communications system.

Finally, council members voted on taxes too. It tentatively adopted a new millage rate -- not of 3.1578 mills as planned, but 3.195 mills because, in the words of city attorney Chad Friedman, “the budget has to balance.”

The second budget hearing will take place at 6 p.m. Sept. 24 in the council chamber.