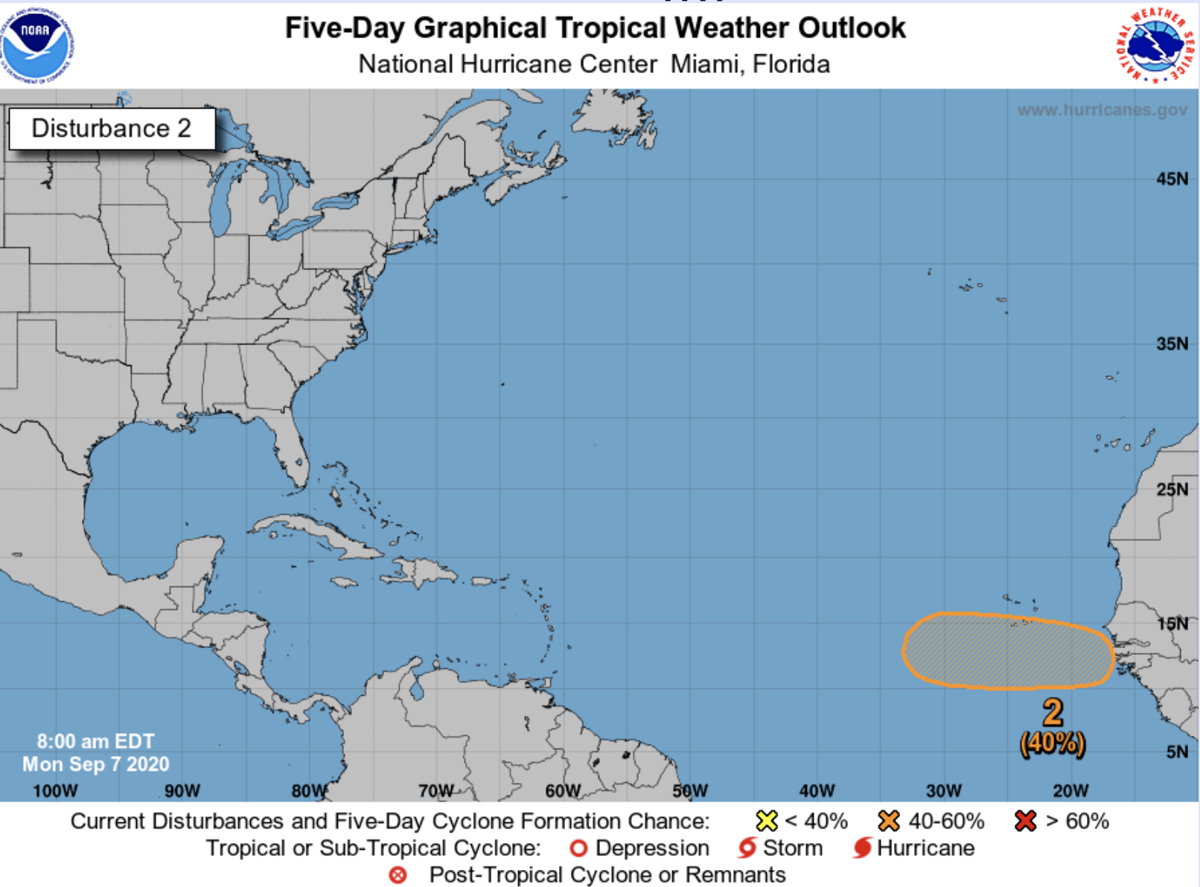 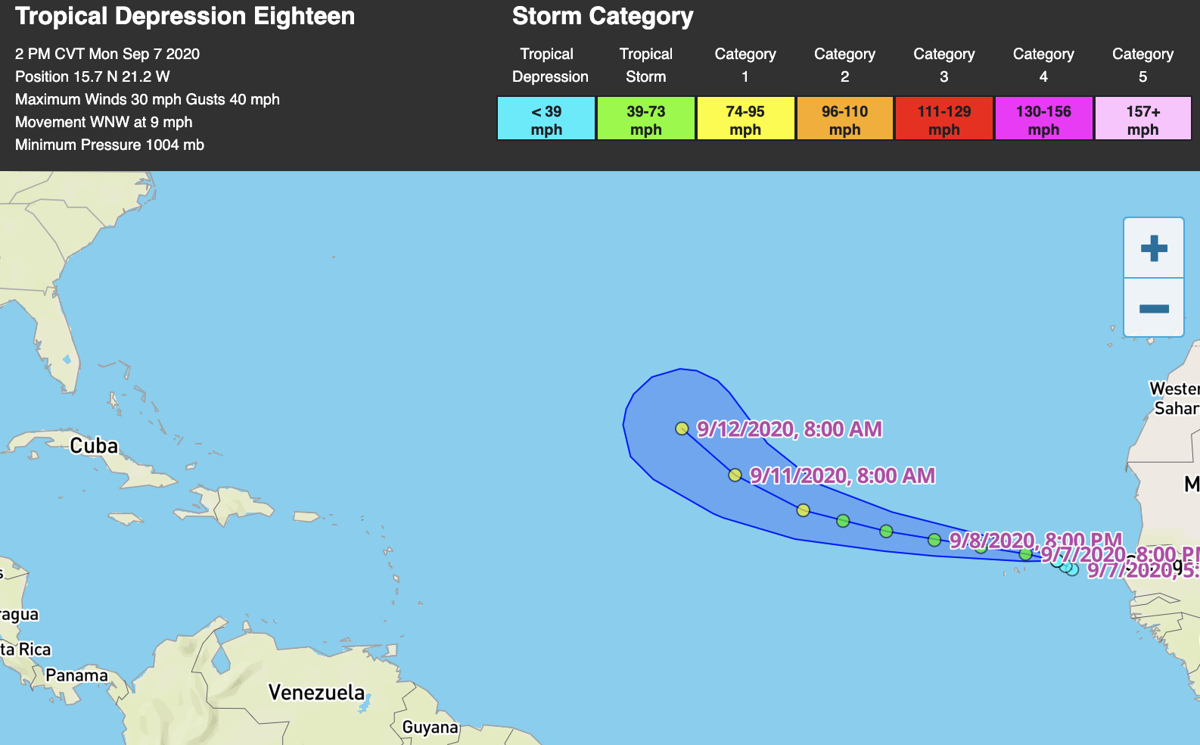 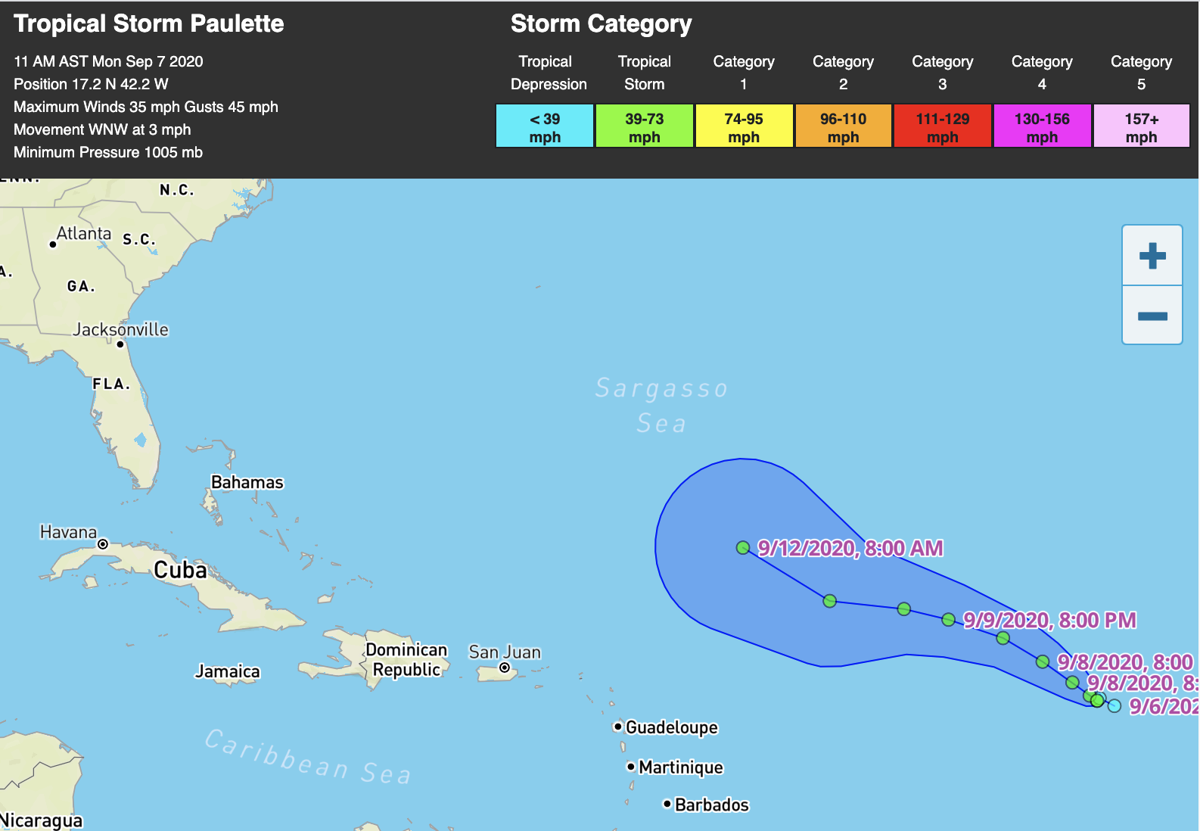 At 11 a.m. Monday, the National Hurricane Center issued an advisory for Tropical Storm Paulette, they are also tracking tropical depressions eighteen, which according to the 11 a.m. advisory, it is “almost a tropical storm.”

If it develops as expected, it will become Tropical Storm Rene.

TS Paulette is moving WNW at 3 mph, packing sustained maximum sustained winds of 40 mph. According to NOAA, Paulette will move in a west-northwestward to northwestward motion at a slightly “faster speed” is expected during the next several days.

Coming to appreciate the many virtuous faces of grace

King: Coronavirus numbers take a turn for the worse

While Sean Payton revels in Taysom Hill’s diverse skills, Matt LaFleur and Packers can only wonder what might’ve been