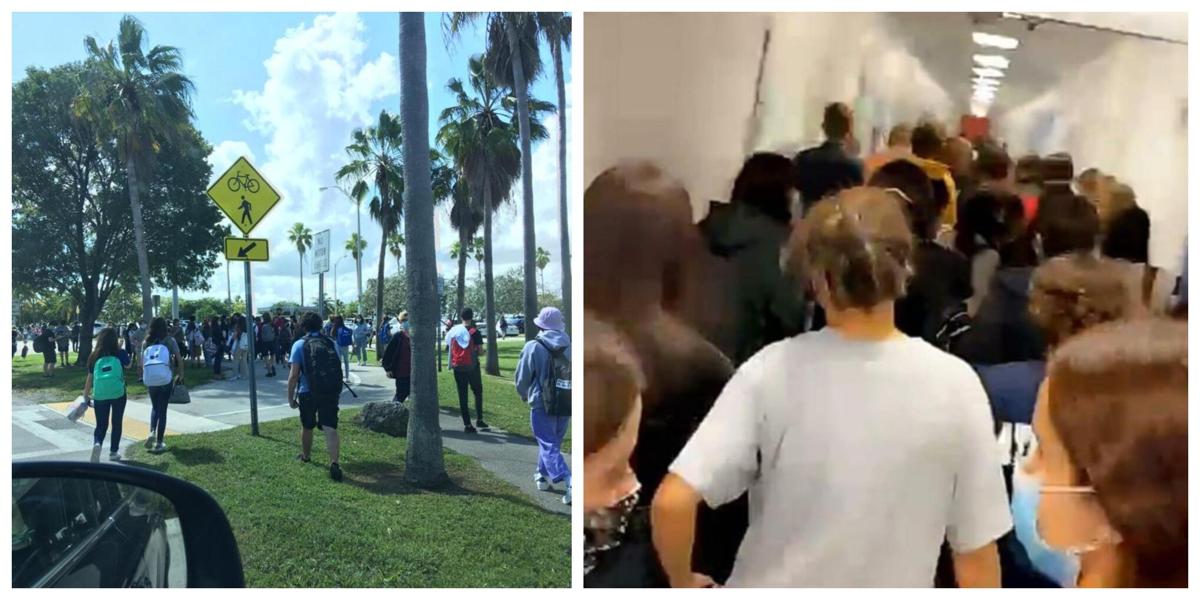 MAST Academy reopened Tuesday after extensive cleaning and an inspection by Miami-Dade County Public Schools and health officials determined the school to be safe. Some parents, however, worry there are ongoing issues at the school.

The school was temporarily closed Monday after two students tested positive for COVID-19. Alberto Carvalho, schools superintendent, reported Monday that district officials started the sanitizing work and then notified students who had come into contact with the infected students. The infected students were asked to stay home until cleared by health officials.

The roller-coaster ride for parents and students started late Sunday evening with a recorded message from Mast Academy Principal Dr. Derick McKoy and continued shortly before 7 a.m. Monday when county schools officials had announced MAST would not open and students would be shifting to My School Online (MSO) until further notice.

Then, late in the day, it was announced the school would reopen on Tuesday for students who had elected for the schoolhouse model.

“This is the first time but it’s not going to be the last time this happens,’’ she said, adding that she would be more comfortable if students remained with virtual learning with the MSO program rather than have to make the transition back and forth from school to home learning.

Today, however, MAST students are apparently being kept in their third period classrooms and being taught via Zoom. According to parents who reached out to the Islander News, the students can’t move around the school “because other cases are being reported.”

“I suspect there are more positive cases,” the parent, who requested anonymity, said. “The teachers are upset because they feel they know there are more who will test positive and they are being exposed to them.”

Another text message shared with Islander News reported that the two infected students are island residents and participate in the Key Biscayne soccer program.

Key Biscayne Soccer Club President Marcelo Radice told the Islander News: “We have notified the parents of the teams that might have been exposed and implemented the relevant CDC Guidelines to make sure our community stays safe.”

According to a text shared with Islander News by an 11th grade parent, quoted her daughter saying that a female student that was supposed to be quarantined reported to school in error. Islander News has not been able to confirm this with the school. Repeated phone calls to Mast went unanswered.

Reportedly, nine teachers did not show up to work on Tuesday.

A dashboard created by the Miami-Dade County Public Schools tracks the number of confirmed Covid-19 cases among students and staff. The dashboard shows self-reported cases by employees and confirmed student cases among those attending in-person instruction. Students engaged in full-time distance learning will not be counted.

Not counting the two MAST students, on Monday the dashboard showed 11 cases (10 students and one employee), Carvalho said.

However, a new report issued by Florida’s Health Department and updated weekly, shows a total of 117 cases in Miami-Dade County schools between September 6 and Sunday, October 10. The dashboard reports 44 cases the last week data was reported, between October 4 and the 10th.

Students accounted for 33 of the positive tests results for the last week. Overall, 68 students have reported positive tests in all Dade County schools since September 6

We will continue to update this story as more information becomes available.