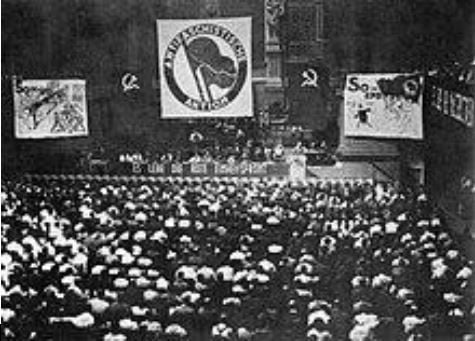 The 1932 Unity Congress of Antifaschistische Aktion. In the center the Antifa logo flanked by Soviet banners, & images of the KPD [communists] fighting capitalism & attacking the SPD [Social Democrats] 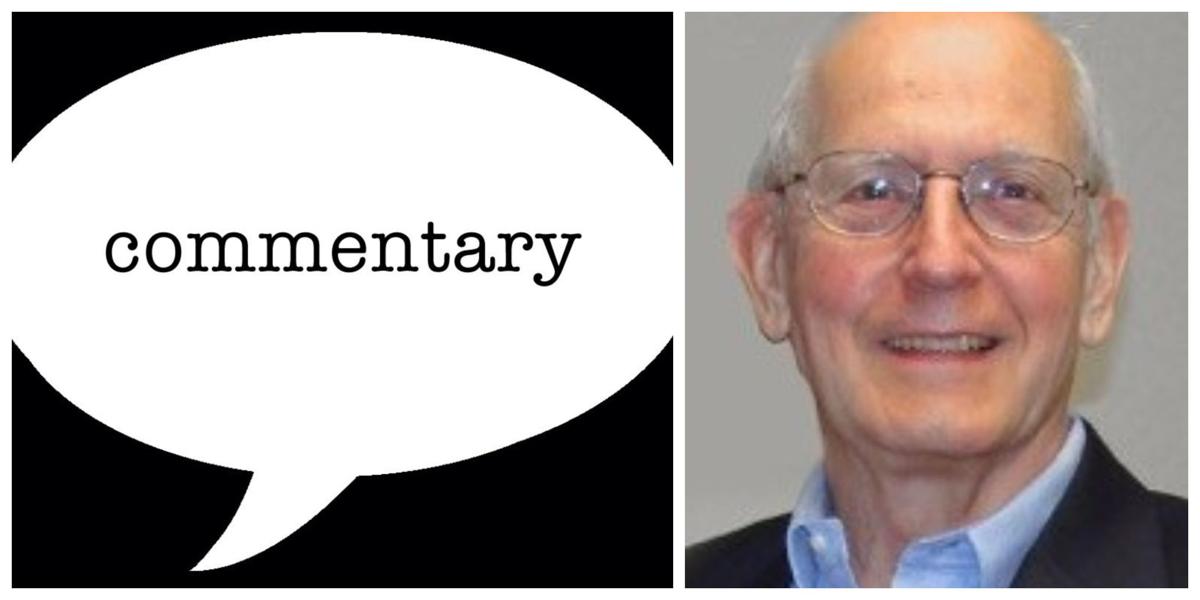 The recent Islander News cartoon of President Trump wearing a partial swastika on his lapel was wrong in so many ways. The underlying insinuation that Trump is an anti-Semite, or an evil dictator, is outrageous. Trump has a Jewish son-in-law and Jewish grandchildren. More importantly he is the first U.S. president to honor the promise broken by previous presidents to declare Jerusalem the capital of Israel, the only representative democracy in the Middle East. Hardly the act of an anti-Semitic dictator.

Just as important, “Nazi” is short for Nationalsozialistische Deutsche Arbeiterpartei (NSDAP), or in English, “The National Socialist German Workers Party.” Trump is, of course, openly anti-socialist. In fact, he has declared that “America will never become a socialist country.” Hitler’s opponents used “Nazi” as a derogatory slur, but Hitler referred to his movement as “national socialism.” Trump is an American “nationalist” or patriot, but not an expansionist who conquers other countries like Hitler. Instead, he has pulled back from foreign wars.

After WWII, the left rewrote history claiming that the Nazis were conservative “right wingers.” Stalin accused all his enemies of being fascists, referring to Mussolini’s movement. This fit the new narrative of the Soviet Union, especially after the shock of the Stalin-Hitler Pact during which time Stalin turned over Russian Jews to the Gestapo in a show of good faith to Hitler. Today, the left continues the false accusation that conservatives are “fascists.”

Mussolini was the VP of the Italian Socialist Party. He broke with them because he disagreed that general strikes would bring about the downfall of capitalism. He called instead for small groups of violent protesters (the Fascista Black Shirts) to bring about social collapse by force. Like the Italian fascists, Hitler’s NSDAP platform called for the “nationalization of all businesses.” His party was as leftwing as the German Communist Party (KPD), but uniquely anti-Semitic.

In 1932, the Soviets and the KPD created “Antifa Action” to fight the Social Democrats and the National Socialists for control of Germany. While today’s Antifa has its ideological roots in Germany, its actions are more akin to Mussolini’s “Black Shirts,” using violence to promote social change. Accusing Trump of opposing peaceful protests is false and disingenuous. He was referring only to violent Antifa activists and others who broke store windows, encouraged looting and torched police cars and businesses, reminiscent more of the Nazi Kristallnacht than of peaceful protests. Trump recently declared Antifa a “domestic terrorist organization.”

People on the left also use the term “fascist” or “Nazi” referring to Trump’s harsh language against his political opponents. Of course, they also toss their own epithets. But personality is not a political ideology. Fascism and Nazism are, and Trump is diametrically opposed to their ideas and tactics. In addition, such accusations should not be tossed about lightly. Rabbi Caroline is correct that the casual use of “Nazi” or swastikas as political weapons, diminishes the profound evil of the Holocaust.

Aunt: 16-year-old was in coma on ventilator with Covid-19