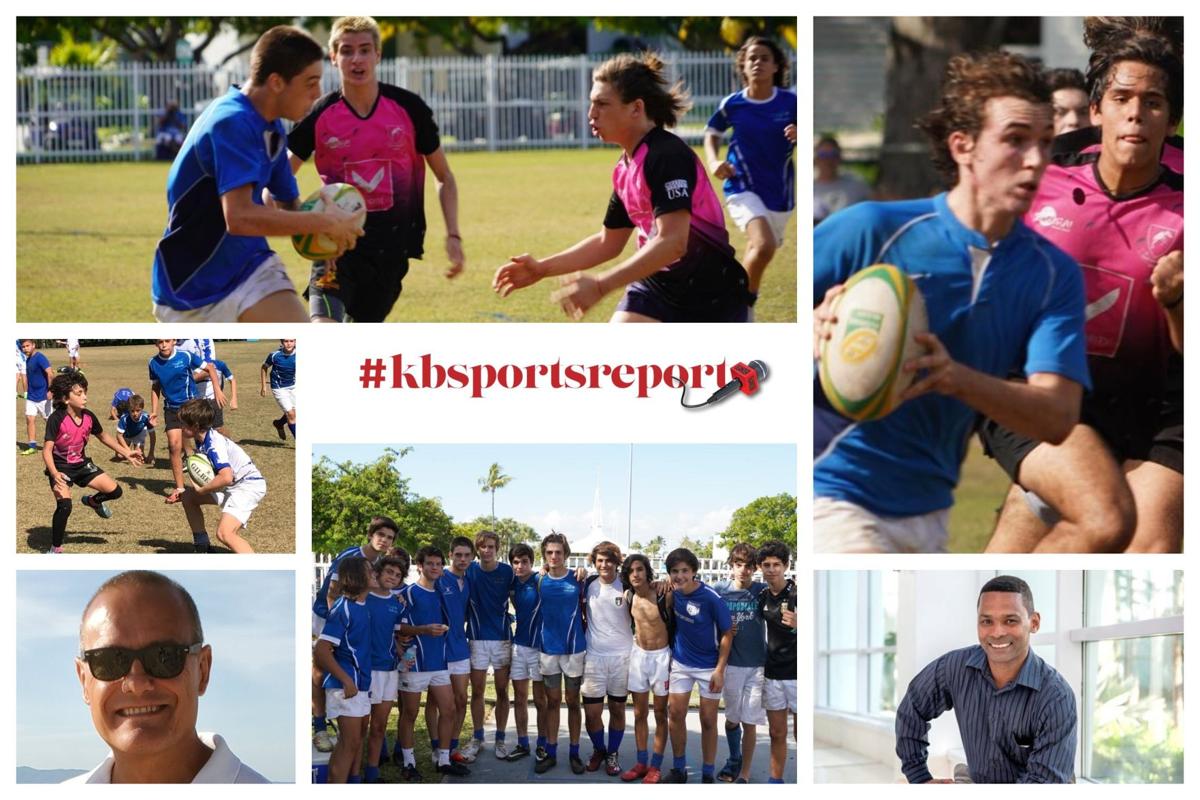 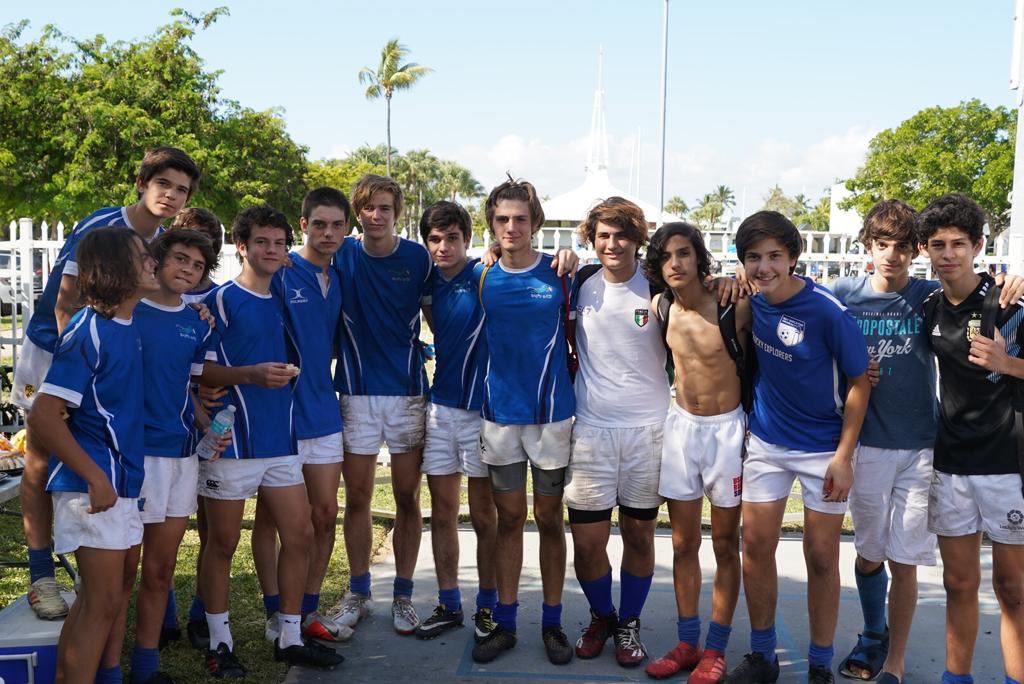 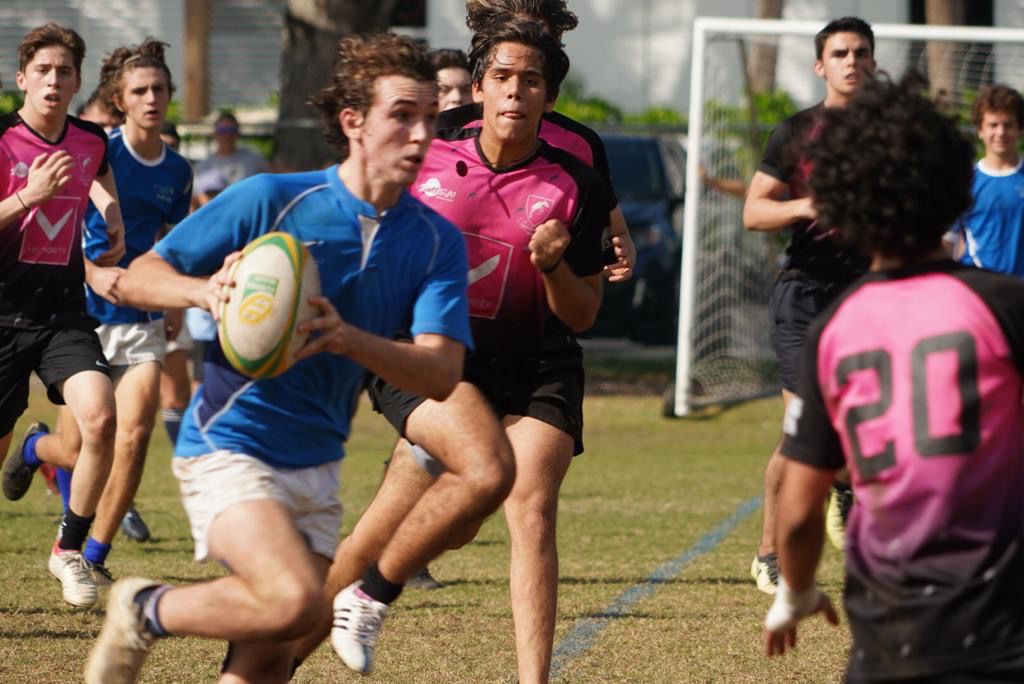 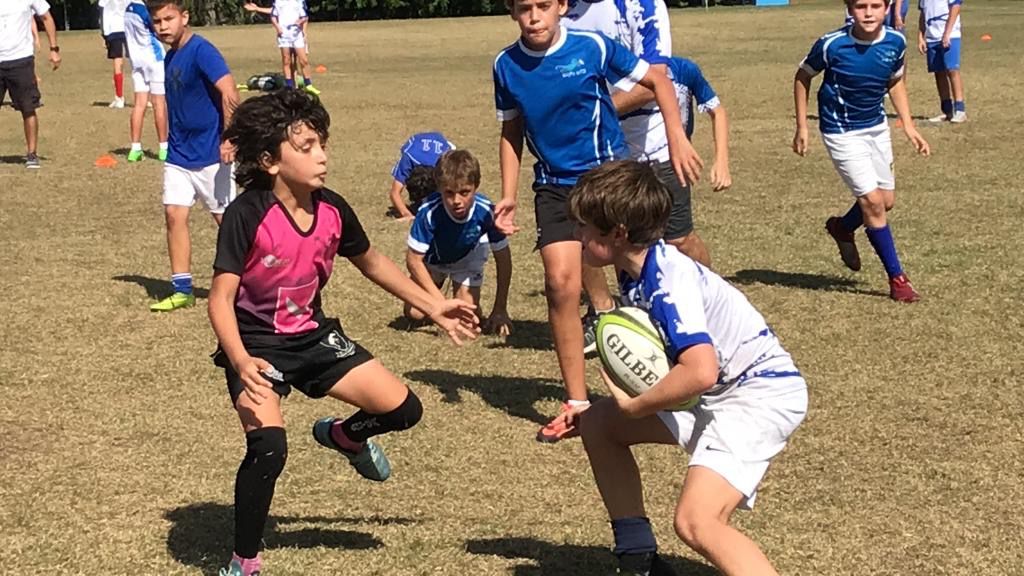 Younger Key Biscayne Rugby Rats get in the action 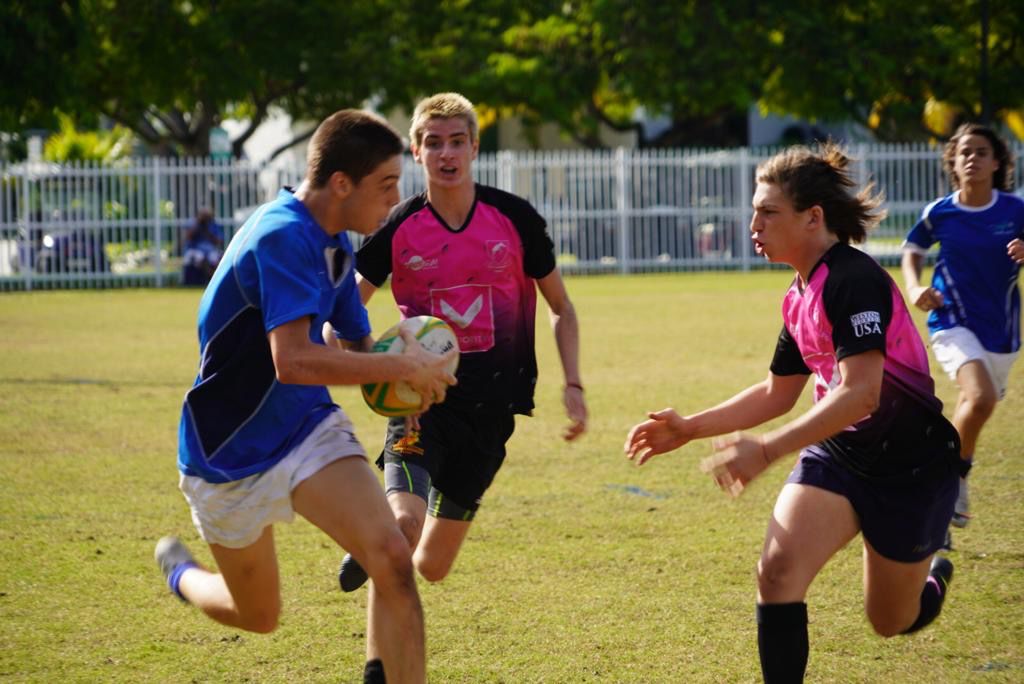 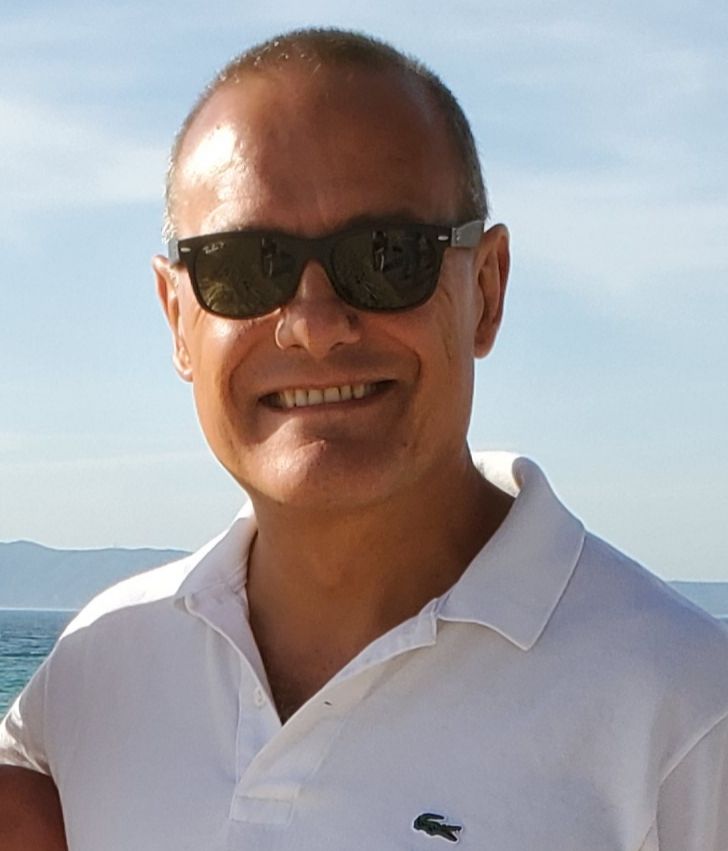 Gonzalo Cortabarria, one of the founding members of the Key Biscayne Rugby Rats

Rugby a growing part of the Key Biscayne sports scene

It’s a game where players tackle each other with violent force, relying on speed and power to defend and reach their respective goal.

Surprise. Rugby is becoming all-the-rage across American -- and on Key Biscayne.

The sport that resembles American football, without the helmets and pads, began making a name for itself in the late 1800s most notably in Europe, Australia , New Zealand, South Africa and South America.

Now athletes who gather at the campus of St. Agnes on Key Biscayne have made rugby part of the island’s sporting scene.

Gonzalo Cortabarria, one of the founding members of the Key Biscayne Rugby Rats, said the club has quietly grown for years and is now reaching new heights in participation.

“The program started 10 years ago with a group of 10 that wanted to teach rugby to their kids on the key,” he said. “So we started training kids at the Key Biscayne School Sunday and now we have approximately 180 kids from ages 5 or 6 all the way through high school.”

The rugby season on Key Biscayne runs October through April. Practices take place Tuesday and Thursday with games held Saturday mornings. The club has traveled to places like the Bahamas and New York competing in tournaments, exposing village kids to the sport outside of their area.

Americans are embracing the sport like never before. According to Nielson research, the US has more than 33 million people either very interested or interested in the sport.

Rugby, in its pure form, is played by 15-member teams. The stripped-down version of the game is with 7-member teams.

A try, worth five points, is scored when the ball is touched to the ground in the area between the opposition's try line and before the dead ball line in the goal. A player can score a try by carrying the ball into the goal and then touching it to the ground.

A scrum may be formed for example if a team commits a minor infringement or play needs to be restarted. It begins with both teams binding together in three rows with the two front rows bound and pushing against each other.

Rugby made its debut as an Olympic sport in the 2016 Rio Games.

Players like Cortabarria’s son, Santiago, who has been playing rugby since he was five years old, is happy to educate people in the similarities and differences to American football.

“Rugby is more continuous than football,” the 16-year-old said. “In football you have downs where rugby is more like soccer, where play doesn’t stop unless there is a foul or the ball goes out. Both sports have tackling but in rugby there are more rules -- like you have to tackle below the shoulder and you can’t hit somebody who doesn’t have the ball.”

On Key Biscayne, the Rugby Rats are coached by volunteers.

Cortabarria is proud of how the sport has evolved in the village.

Originally from Uruguay, the Rugby Rat coach said the Irish brought the game to his native land as a way to introduce boys to positive principles embraced by the sport.

“Ruby is a fun sport,” Cortabarria said. “There is contact, but we’re teaching people to be a good sportsman and there is a set of values that come with rugby that is important to young people. And the teamwork shows you can’t do much by yourself.

“It also teaches not the importance of winning but participating in a fair way. It’s good for comradery because it allows you to become friends with your teammates and also with the opponents.

“Every game ends with what we call third-half or quarter, which is (when) we gather the two teams and we have food together.”

Cortabarria said anyone can play if they are interested. “There is no particular individual skill-set to play; tall and thin or short and heavy, you still have a place. Fast or slow, you can contribute to the team and that allows them to be part of something regardless of their physical skills.

“It teaches your about resilience and teamwork and values you can carry through life.”