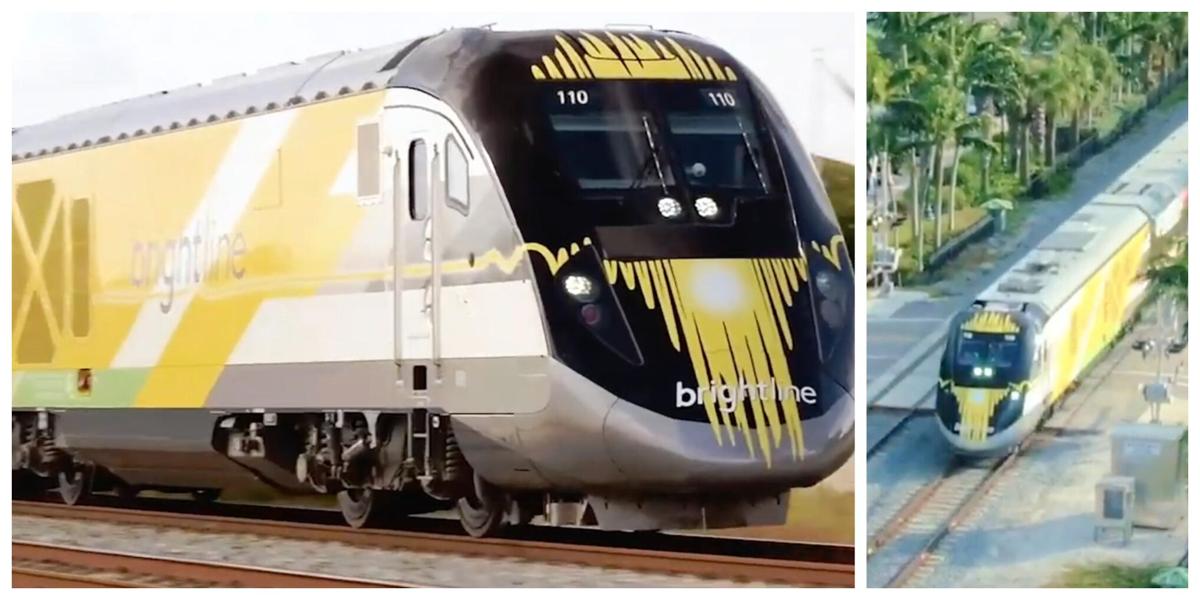 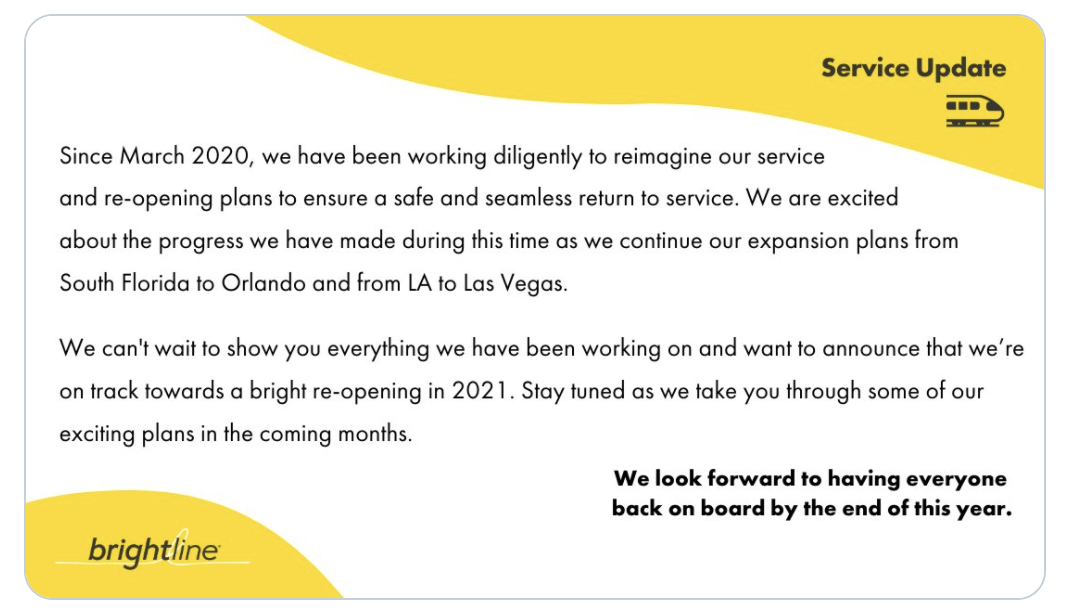 In March 2020, the high-speed passenger rail halted its passenger services route between Miami and West Palm Beach because of the pandemic, forcing the company to lay off 250 employees. At the time, the private rail service had big plans -- and a name change planned, from Brightline to Virgin Trains USA, reflecting its affiliation with billionaire Richard Branson’s Virgin Enterprises, a minority investor in a 20-year licensing agreement.

That sweetheart deal was eventually dropped, and the name was reverted back to Brightline. The project looked like another victim of Covid-19.

During the last week of January, however, signs of life lit up as Brightline announced plans for signal testing on the line. The tests began in Miami-Dade County, with more planned for Broward and Palm Beach counties February-April.

On Jan. 27, the company tweeted: “We look forward to having everyone back on board by the end of this year.”

Despite the stalled passenger operations, the company continued planning future station sites, as well as construction work in Orlando, including a Walt Disney station at Disney Springs, an shopping and entertainment complex, and one for the Orlando International Airport.

“Brightline will offer a car-free connection to the millions of visitors from around the state and the world who plan to make Walt Disney World Resort part of their vacation plans,” said Patrick Goddard, president of Brightline. “Our mission has always been to connect our guests to the people and places that matter, and Walt Disney World Resort is a tremendous example of this.”

And earlier, in 2018, Brightline won the right to execute lease agreements with FDOT and the Central Florida Expressway Authority to connect the Orlando airport to Tampa.

Last September, Brightline began construction of the Aventura station near the Aventura Mall. In March, the company will begin building its $46-million Boca Raton station, with an anticipated open date of mid-2022.

Miami-Dade County Commissioners approved a project to connect the county with possible station sites at Florida International University, the Design District, Wynwood and Little Haiti -- all of which would mingle with Metrorail, Metromover and Tri-Rail.

The agreement remains under negotiation with the county.

As the company gears up for its re-opening, the Brightline is hiring throughout the year to fill roughly 250 positions. Once it is up and running in full force, the rail expects three million riders annually with a $5 billion economic impact in Florida for the first decade.

Outside of Florida, construction of the Los Angeles to Las Vegas leg is anticipated to break ground in spring.

Why people in Alabama are changing their minds about the vaccine