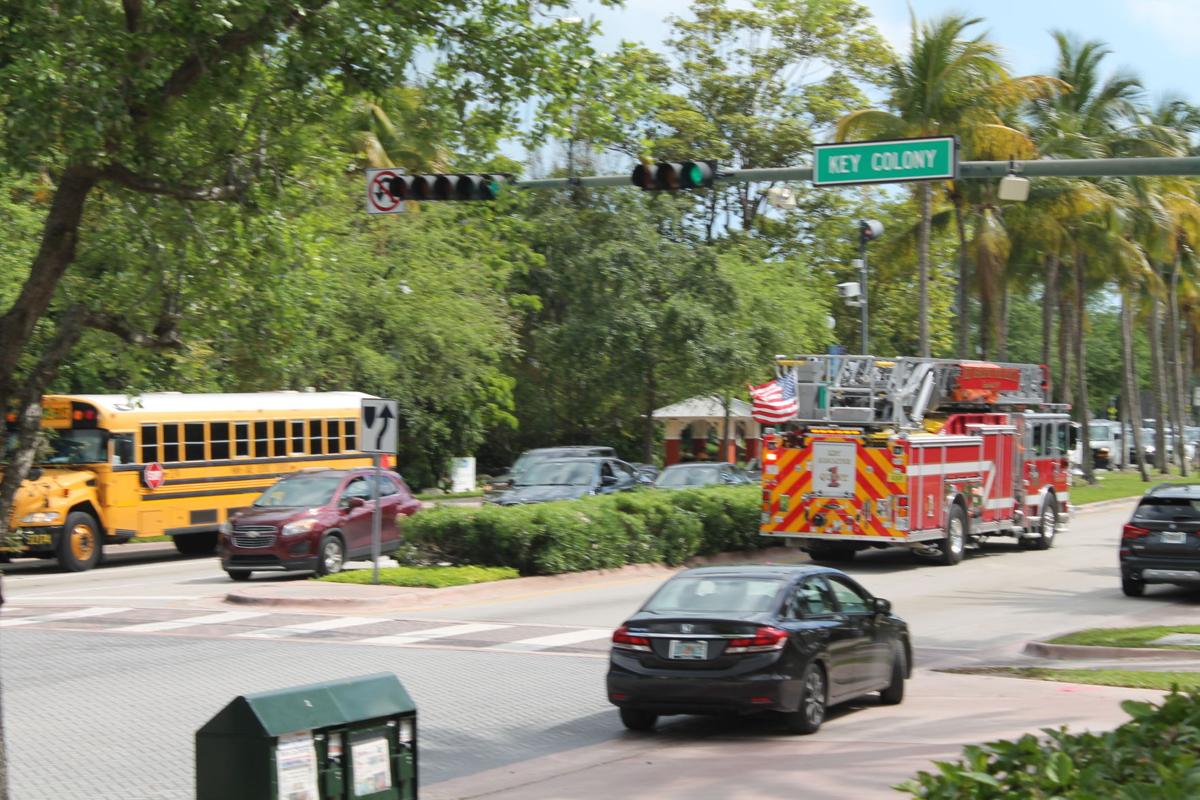 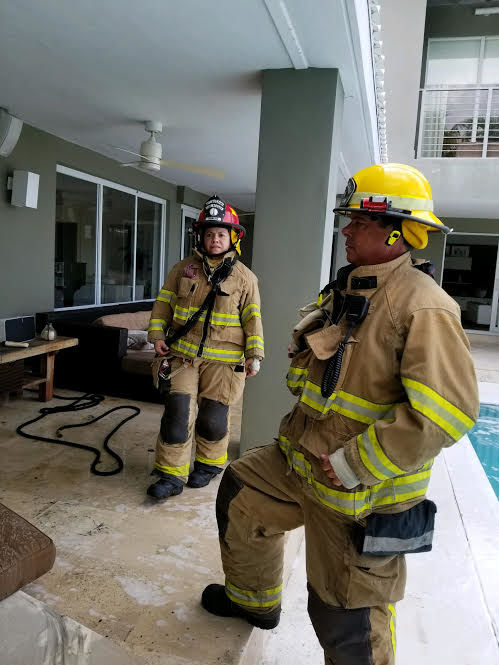 While the Key Biscayne Fire Department and Miami Dade County Air Rescue were conducting pre-Ultra emergency drills at the Crandon Park track last Friday afternoon, a call came in about a suspected fire on the 600 block of North Mashta Drive where smoke was showing outside a two story residence.

“We flew over to Crandon Park and landed the helicopter at three o’clock and shortly after the emergency call came through. It happened to coincide so the units at the drill went to the fire.”

There was no one home at the time, the fire was put out quickly, and no firefighters were hurt. At least five units were dispatched, several of which were city of Miami units as is typical when fire calls are received.

“The crew did a great job and mitigated quickly. We had units from the city automatically dispatched to our call. Their chief arrived and the deputy chief took command.”

According to the report, the resident said she left a large battery in the vicinity of where the fire originated in a bathroom off a downstairs bedroom. Lang said he estimated the damage to the home to be about $100,000.

The tight and fast collaboration between city, county, and village agencies experienced during this real call is akin to the protocol anticipated if an Ultra emergency occurs.

“We are prepared for Ultra,” said Lang.

“I am one individual and I arrive and I need assistance by my team, firefighters and paramedics and we work very closely with the city of Miami and Miami Dade County Fire Rescue in collaboration to mitigate anything that comes to us.”

Every firefighter is trained on how to set up a landing zone and marshal in a helicopter.

“I can request and land a helicopter anywhere that the pilot deems safe and we have several designated sites.”

Ultimately Lang said all of these emergency calls, whether a simulated drill or otherwise, serve to sharpen their skills. Response procedures will depend on the needs of the particular situation.

“Just because Ultra is here and we are doing these drills with helicopters and boats it doesn’t mean that you won’t be transported by ground.”

“There are a bunch of variables that go into how critical the patient is and traffic conditions so that decision is made by the officer or lieutenant or captain in charge based on the call. We are sharpening the tools in the toolbox.”

“The Village Council and government is opposed to Ultra. We are continuing to collect data on what happens on Virginia Key, events or occurrences on the causeway, the impacts of Ultra and these public events in the interest of public safety.

We will do everything we can to make sure our residents and visitors to Key Biscayne are protected and safe during Ultra and our increase in staffing reflects that.”