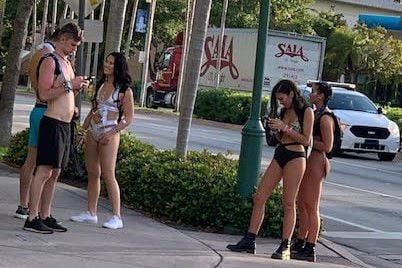 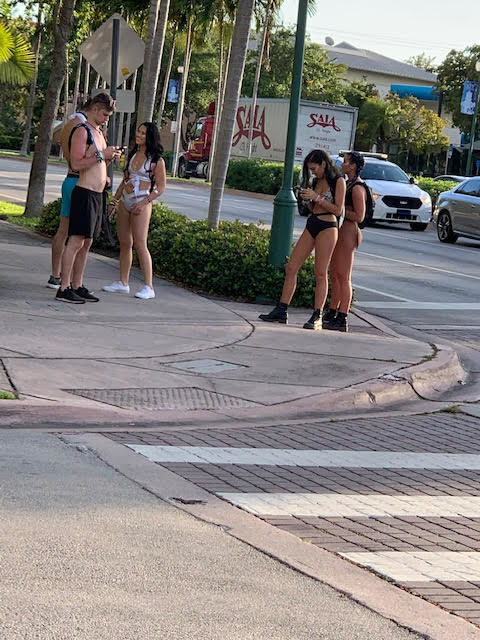 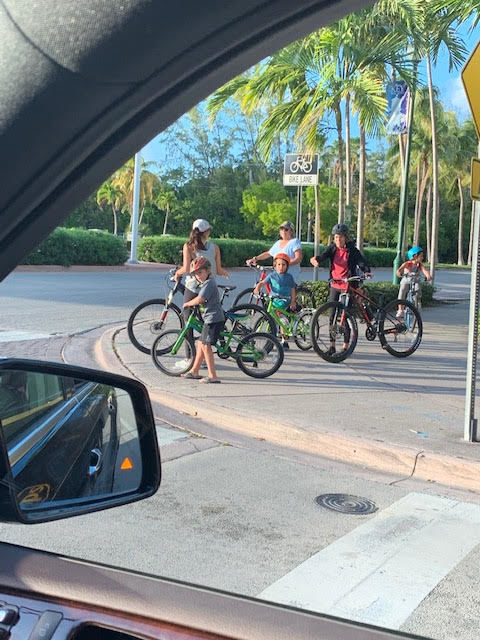 Typical island biker scene on right of driver (other than the faces of kids gawking). - Photo courtesy of Yesenia Randazzo 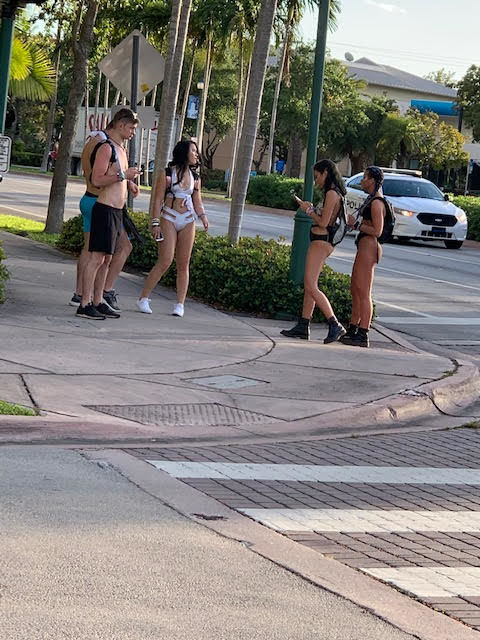 What a difference across the street view (left side of driver) makes.

Typical island biker scene on right of driver (other than the faces of kids gawking). - Photo courtesy of Yesenia Randazzo

What a difference across the street view (left side of driver) makes.

Friend of Key Biscayne Islander News and Miami Herald reporter on the scene of the Ultra concert at 2am as thousands clogged the Rickenbacker Causeway, Joey Fletchas, submitted his story early this morning (while we were sleeping). Accompanying video from photographer Matias Ocner also on below link.

Fletchas informed readers on the not-so-sexy side of Ultra as thousands of people departing the festival at 2am last night had to wait hours for an inadequate number (55 reported) of buses.

They then resorted to long walks from Virginia Beach to the mainland, at some points overtaking the causeway with pedestrians dodging vehicles on the road.

A palm tree caught on fire from reported pyrotechnics and required fire rescue resources to extinguish.

Local network television news stations showed brief snippets of video of the throngs on the causeway trying to exit the key. Some quotes from concert goers complained about the lack of organization, one woman said she probably would not return for the rest of the weekend, and another attendee was sympathetic of organizers trying to get it right on their first night.

Once concert goer said there were at least 400 people in line after the concert waiting for a water taxi and the full boat had yet to depart so that is why he chose the causeway to exit.

Fletchas will be on the scene tonight with Ocner. Keep up with the “blow by blow” of this evening’s concert end departure on his Twitter at: @JoeFletch.

He told Islander News that organizers have said tonight they will be making a concerted effort to avoid the chaos of close of show yesterday.

In the meantime on the island, the clothing optional concert attendees made it to the key entirely too overexposed for family viewing.

Yesenia Randazzo of Randazzo’s Restaurant was in her car with her three young children ages nine, six, and three years old when her daughter Valentina said, “Hey mom her butt is showing!”

Yesenia looked to the right of her which was a typical scene of islander bikers and then, to the left.

“Everyone walks around in swimsuits here but not like that!” said Randazzo, “I was like, Oh My God!”

The restaurant proprietor with husband Marc said they were affected negatively in several ways.

Their daily early morning trip off island to pick up fresh produce was delayed.

“We got reports in the early morning that traffic was completely locked up so we ended up leaving later than usual.”

“We had to bring in staff yesterday earlier than usual to make sure they could get on the island before the concert started. Then I received about 36 cancellations at the restaurant after 7pm (from over 100 reservations) so it is negatively affecting my business.”

The Randazzo’s paid extra to their personnel to be sure to service their many regular clientele from off and on the key and then suffered financial losses for the early clock-in and subsequent high volume of cancellations. She said her customers reservations, many of which were for large parties, some from off key, were uncertain as to what to expect.

The family was also upset that their children’s school, St. Agnes Academy, cancelled class on Friday because of Ultra.