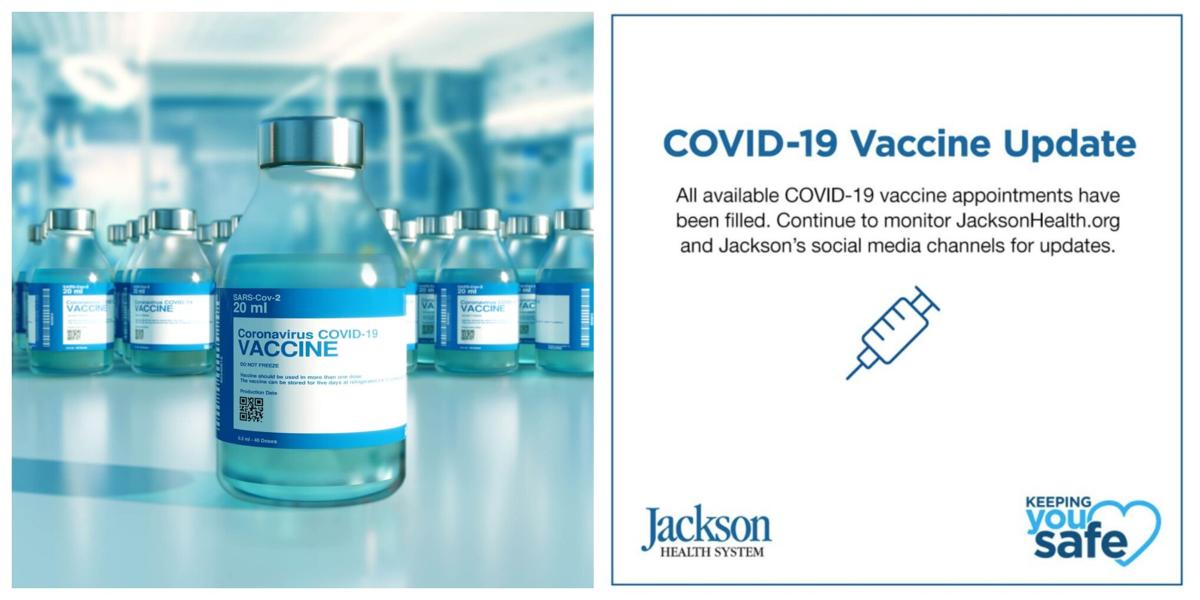 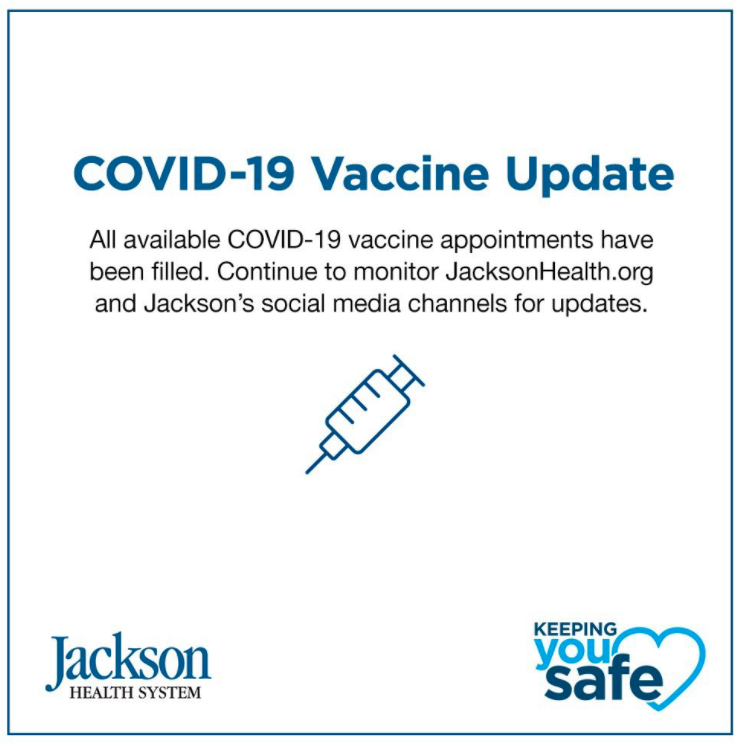 Even as the number of residents in Miami-Dade County who have received the first dose of the COVID-19 vaccine approaches 150,000 (149,252 as of Friday, Jan-22), residents continue to be frustrated with the ability to get appointments as slots come open and close within minutes.

“All available COVID-19 vaccine have been filled. Continue to monitor JacksonHealth.org and Jackson’s social media channels for updates.” has become a frequent post on Jackson’s Twitter feed. As an example, on Saturday, Jan 23 at 8:33 p.m. the health system posted on Twitter that it was opening “an extremely limited” number of vaccine appointments. At 8:43 it posted that all slots had been filled.

On Friday, Miami-Dade County Mayor Daniella Levine Cava signed an emergency order that hopes to give the county “greater oversight of vaccination in Miami-Dade.” Under Cava’s order, county hospital systems and municipalities are required to publish daily progress, including the number of vaccines received and administered.

Additionally, hospitals are instructed not to provide appointments unless they have enough vaccines.

The second dose for the Moderna vaccine is supposed to occur at 28 days and at 21 days for the Pfizer.

Mayor Cava to consider lifting Miami-Dade curfew in April if positivity rate is at or below 5.5 percent

How the coronavirus vaccines compare

2021 Cadillac Escalade: Fifth-generation Caddy SUV is not only big, it's also a techno tour de force

'Lot of moves to make' to get under salary cap in unique year, Packers GM Brian Gutekunst says