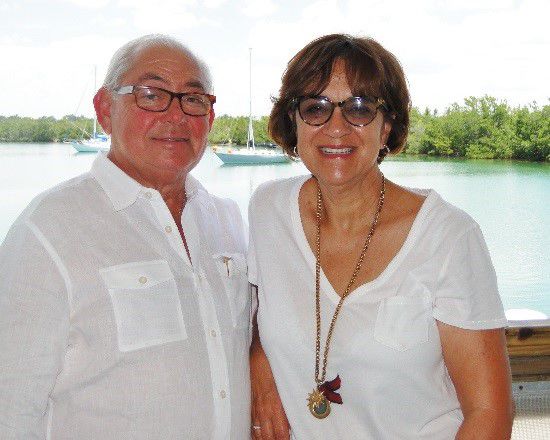 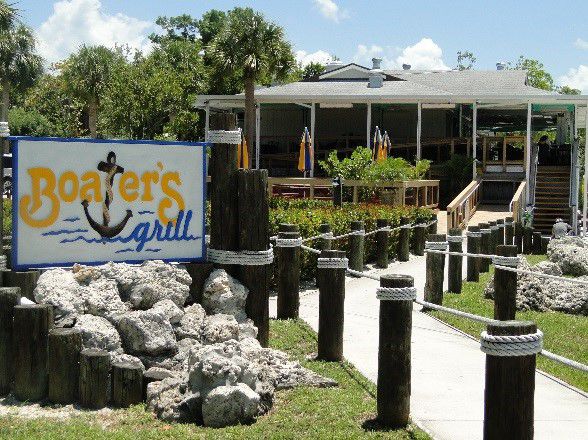 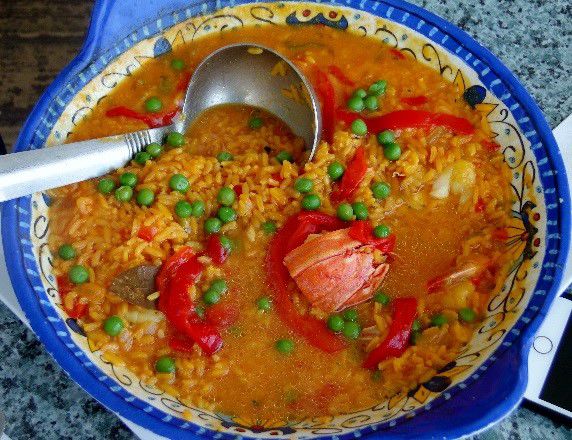 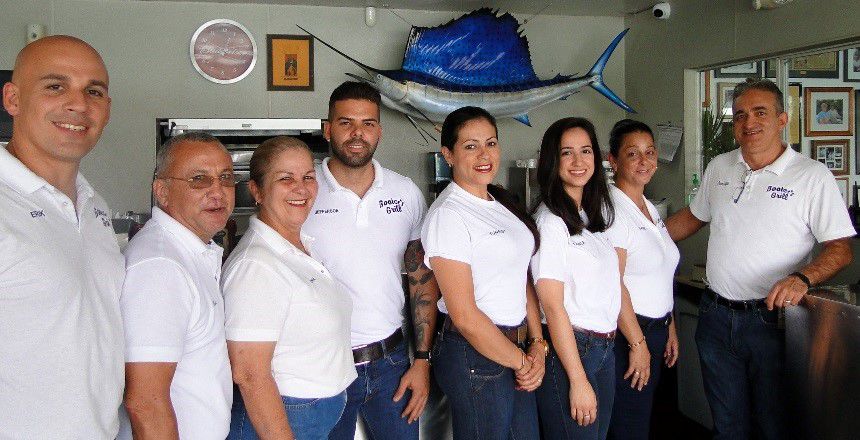 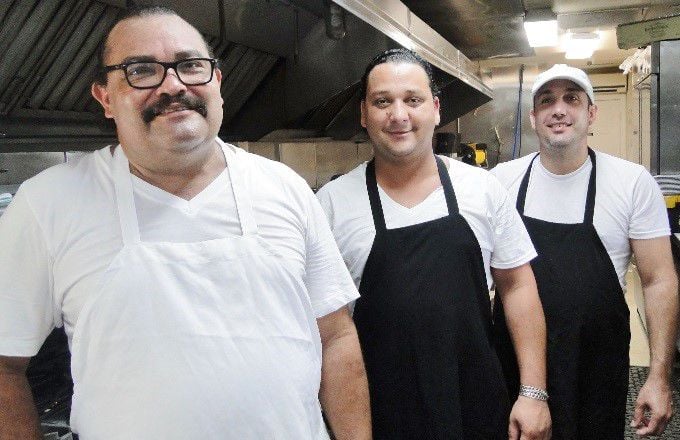 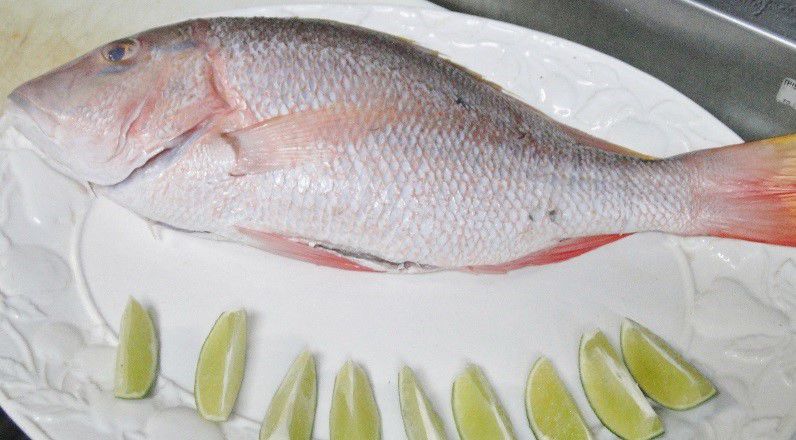 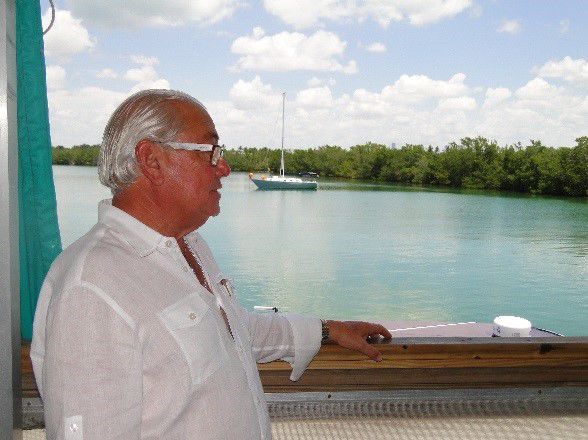 Boater’s Grill is an oasis, located in a beautiful setting inside Bill Baggs State Park. It has a fantastic view of the harbor and a welcoming and warm rustic ambiance reminiscent of a small beach town locale.

They have been open 20 years, and while they specialize in fresh fish and seafood, all prepared with a Cuban flair, they also are famous for their award winning lechon asado (roasted pork). Their signature and most popular dish is pargo entero frito (whole fried snapper), they serve cold Presidente beer and the flan… oh the flan!

The recipe goes back to co-owner Reina Gonzalez’s mom. Reina herself prepared it at home and now the recipe has been handed down to someone trained by Reina, who now prepares it daily.

Husband-and-wife team Reina and David Gonzalez own and operate Boater’s Grill and their second location in the park, the Lighthouse Café. David prides himself on serving fresh fish and seafood and runs Boater’s Grill as a family restaurant – there is ample room downstairs for kids to play. David says since Boater’s Grill does not get walk-ins they must go a step beyond in making sure guests have a wonderful experience.

If you decide to go, and we encourage you to try it, Boater’s Grill opens daily at 9 a.m. On Sundays to Wednesdays, they close at 8 p.m. and stay open Thursdays to Saturdays until 10 p.m. There is live music on Fridays and Saturdays from 7-10 p.m. While you have to pay the park entrance fee to get into Boater’s Grill ($8 per car up to eight people and $4 per individual) there is no fee to visit Boater’s Grill after the park closes. Their address is 1200 Crandon Boulevard, Key Biscayne, FL 33149 and you can reach them at  305-361-0080.

Q: Where were you born?

Q: Where do you live now?

A: We actually, since 1997, reside here, inside the park. There are nine families that live here: us, the Park Manager and some rangers. We love it! Our two sons, David and Daniel, were born in Hialeah Hospital but spent a lot of time here in the park. They are both now on their own, David is a writer who graduated from FIU with a degree in creative writing, now married and the father to Poppy, our nietecita (granddaughter). He resides in Southern California and works for Skylight Books in L.A. and helps organize their many author events. Daniel resides in South Florida and is a musician and poet.

Q: How did you get your start in the culinary industry?

A: Reina chimes in; David nació con alma de bodeguero (was born with a grocer’s spirit) and worked in supermarkets in both Costa Rica (after his family left Cuba) and New York City, and eventually as a butcher at a small traditional grocery store on Flagler and 17th Avenue, where we met. It was a natural progression for us to get into the restaurant business, and David sort of reinvented himself into a restaurateur. David said he loves el ambiente de restaurante (a restaurant’s environment). For me this is not a job, he says. I love to trabajar con el publico (to work with the public). We are here the majority of our time, there are no days off for us. On rainy days, we do things that we normally do not have time to do when the weather is nice and we are busy with customers. That’s the day, for example, we pressure clean the floors. And look around you (David motions to the harbor where Boater’s Grill is located), this is like being on vacation!

Q: What is your “secret to success?”

A: Reina answers: People tell me that at times they see new faces, but it is not due to the fact that we have employee turnover, we do not. (As a she mentions this, Pita, one of Boater’s Grill’s waiters, walks by and proudly chimes in that he has been there 18 years.) The new faces are part of our growth! Part of our success is our people and the service they provide. David says that the food at Boater’s Grill ha tenido buena aceptación (has been well received); we serve fresh fish and I’m always on the lookout for fresh fish sources. Just this morning, as the yellowtail season is winding down, I was trying to secure a flow of inventory as we serve a lot of snapper here.

Q: What’s your proudest moment in your career?

A: David says to him it is seeing the customers enjoying his food, cuando saborean la comida y se chupan los dedos (when they savor the food and lick their fingers in satisfaction), and the positive comments they make about the food. “For example, yesterday I observed a Portuguese visitor really enjoying, saboreando our asopado!” He continued, “This is a tough industry, the lifespan of new restaurants failing the first year is very high and here we are about to celebrate our 20th year and the Lighthouse Café has been opened for 23-plus years. I take a lot pride in servir buena comida (serving great food).” While you would not associate lechón asado (roasted pig) with the restaurant, both Reina and David expressed their pride in recently winning a lechon asado competition at the Biltmore Hotel. At Christmas time, they prepare a large amount of lechon asado for takeout. Reina also takes a lot of pride in Boater’s Grill’s expertise in putting on events. Last week, for example, they held a party for the Diesel Clothing Company, and while the rain presented a challenge for Reina and her staff in having to move everything indoors, the customer was extremely satisfied with the event and the food. Boater’s Grill, Reina went on to explain, also holds its own signature community events, like the annual Cuban Extravaganza. The next one is this coming November 8.

Q: Any funny or embarrassing stories you can share?

A: (Reina laughs) Recently there was a gentleman dining and the entire staff was making a big fuss about him being here. I called Daniel and told him there was a person here and I thought he was famous, but I did not know who he was. He then told me it was actor Jamie Foxx. I went to the table, introduced myself and told him that at first I did not know who he was. He said, “Here mama, sit and join me so we can talk about who I am” – everyone got a kick out of it. Ricky Martin is also a frequent visitor. David tells a story of sitting with Ricky enjoying a cigar when he noticed a mom and daughter leaving the restaurant. He overheard the young girl telling the mom, “That’s Ricky Martin.” The mom asked David if she could take a picture, and after asking Ricky, he obliged. After that, Ricky said he would sign autographs for the patrons, and having nothing to sign, David started handing out Boater’s Grill menus for Ricky to sign! “Ran out of menus,” David said.

Q: What do you love most about your career?

A: We have no agenda. This, running Boater’s Grill and Lighthouse Café, is what we do. Our kids are grown, and we really enjoy this, lo harems por el amor al arte de servir (we do it for the love to the art of serving). After so many years here, we have a commitment with the Key Biscayne community, we do a lot of charity work. For a time, David was involved with the Key Biscayne Rotary, serving as treasurer. Plus, David quipped, “I love the location, being so close to the sea is invigorating.”

Q: If you had to choose one meal, what would it be?

A: Without any hesitation, David said, “Our asopado, I like it with shrimp and fish.” Reina also likes her asopado but prefers lobster and shrimp, and of course, with platanos maduro (sweet plantains).

Q: If you had to make a recipe or dish for yourself, what would be your favorite recipe?

A: “It’s hard to get our Chef Camilo out of the kitchen,” David said, “but I would prepare a pargo entero frito (whole fried snapper).” Reina would also prepare herself a whole snapper, but in al horno (baked in the oven) with kosher salt and olive oil and, of course, tostones (green fried plantains).

Q: What is your favorite junk food or comfort food?

Q: Is there any food you absolutely don’t like?

A: David said he eats everything. Reina mentioned not liking mondongo (guts).

Q: What do you like to do in your free time?

A: “We really enjoy being home, reunidos con familia y amistades (spending time with family and friends). When the kids were home, we had a tradition of every Tuesday evening, the four of us having a family dinner. Now every night at 8 p.m. we have “Poppy Time,” that is when we Facetime with our granddaughter.” Reina also said David likes to collect wine bottles, but David corrected her, saying he likes to drink the wine then collect the bottle!

Q: What’s your favorite part about working in Key Biscayne?

A: Reina said that it “is an engaged community, we all know each other, we are accessible, a true community. We know each other in the business community.” David added that it “is muy tranquilo (very quiet), you go out at 5:30 in the morning and see people walking their dogs and is a family environment.”

Q: What would people be surprised to know about you?

A: David says with a smile that he likes the horses a bit. He also likes to collect bebidas (liquor). He enjoys his Presidente beer bien fria (really cold) and prefers Macallan single malt whiskey. Reina, laughing, said recently a friend was going outside to smoke and another friend suggested to take Reina with her. She asked why, as Reina does not smoke, to which the friend said, “Yes but …ella habla mas que el carajo (she talks a lot!).” On a serious note, David mentioned money means little to him, adding he comes from a very humble family and at one time in his life, when moving to Miami from New York City, he was briefly homeless and knows hunger all too well, so his first inclination is to help out. While Boater’s Grill has been a smashing success, there were rough beginnings, days when Lighthouse Café’s revenue for the day was $8, but he persevered. Boater’s Grill is a revenue-producing entity for the State of Florida and they have gone from 150 in the list of revenue producers to number three for their district. He is loyal to his vendors.

Q: What’s your advice for someone just starting in your profession?

A: Be conscious of the hours that need to be invested, and you’d better like dealing with the public, which can be complicated. Be involved; David mentions he opens the restaurant every day. Dale la cara a los problemas (face problems head on), and while others assist him, he personally still approves every purchase made to assure consistent quality and maintains loyalty to the vendors. David added he spends roughly 85 percent of his time tending to restaurant-related issues. Reina chimed in that it is important to be careful with growth. While it is nice to see one’s business grow, with it the challenges grow, and it takes more planning. David ended by saying that you have to be positive 365 days a year!

Fear of Public Spaces Is Common in People With Epilepsy

Where could pro sports expand next? 12 cities that are ripe for new teams