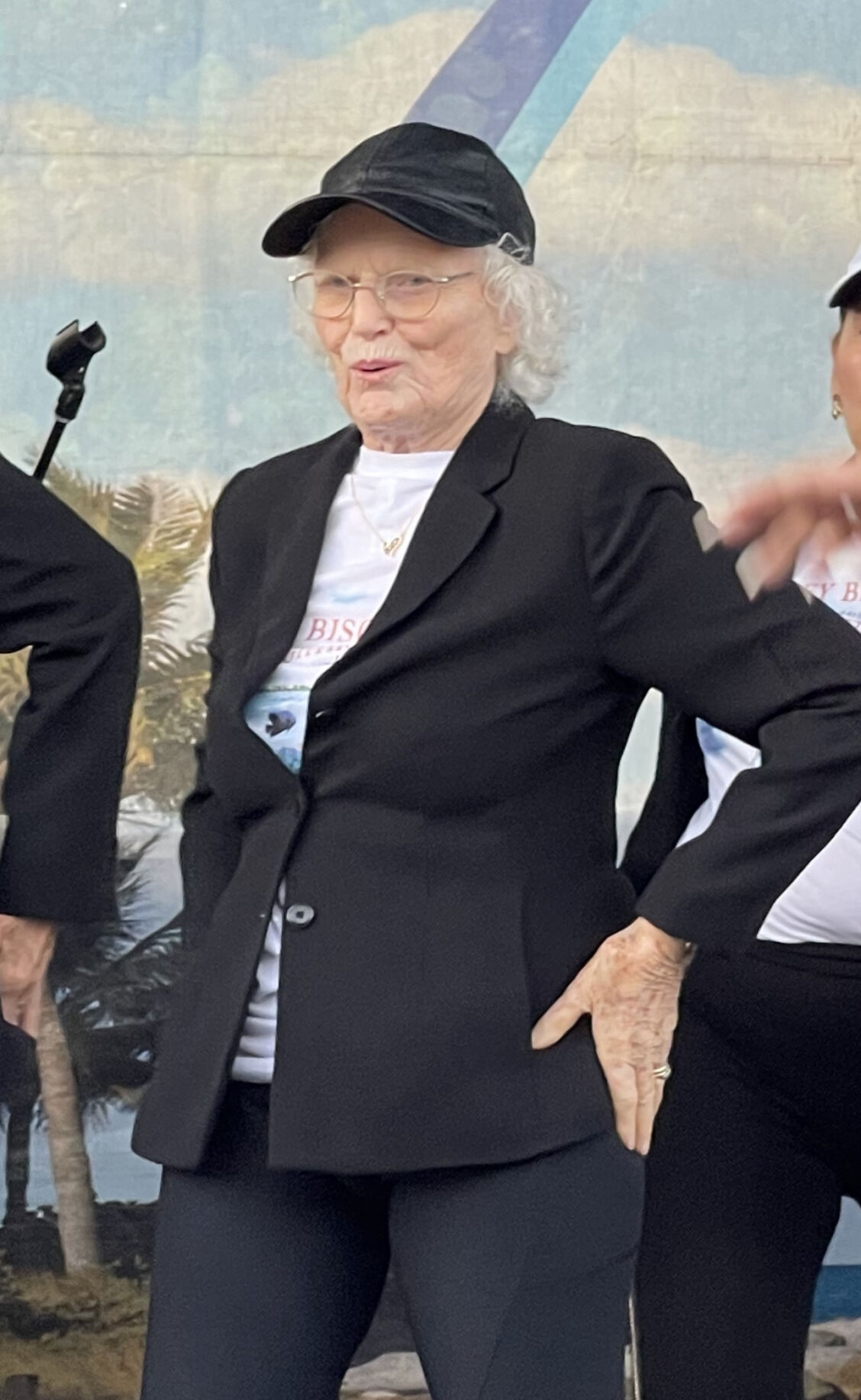 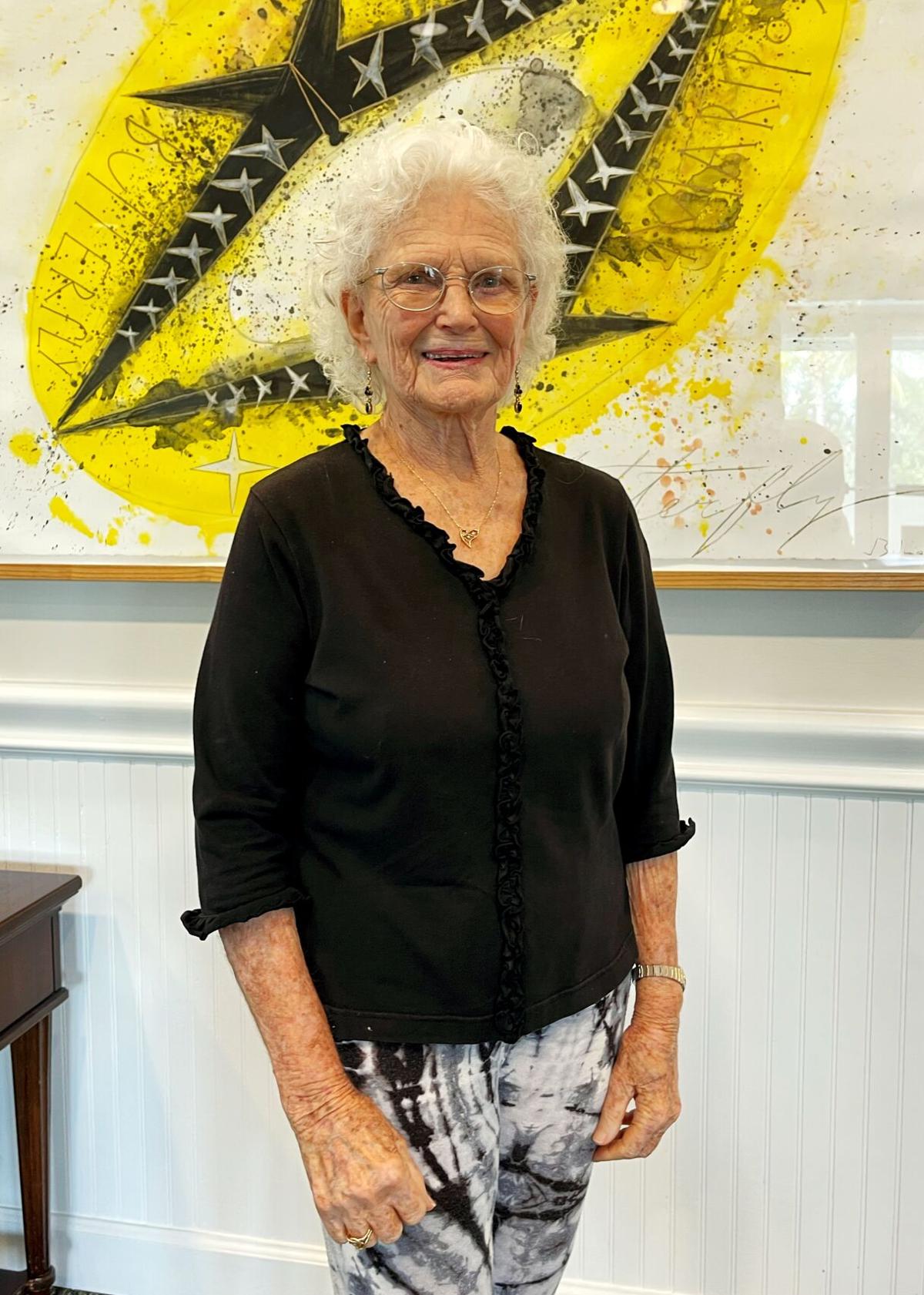 Marilyn lives about a mile away from the Center, in Key Colony, and though often offered a ride to class, she prefers to walk. This would be admirable for anyone, but there is something distinctive about Marilyn: she is 93 years old.

One would never guess Marilyn’s age by looking at her. She moves with the vitality and grace of someone much younger. She says she was born with a great deal of energy. She has spent a lifetime enamored with dance.

Marilyn was born and raised in New York City. When she was young, her mother enrolled her in a neighborhood dance school and Marilyn credits that move with influencing her life’s trajectory. “I was a very shy child. The owner of the dance school, Becky Bizzell, took a liking to me and became like a second mother. She encouraged me to think about becoming a professional dancer,” she recounted.

When Marilyn was a teenager, Ms. Bizzell suggested she attend a professional audition. “She thought it would be good for me,” Marilyn said. The audition turned out to be for a show that had the working title “Green Grow the Lilacs.” It was choreographed by the legendary Agnes de Mille. The show opened on Broadway to great fanfare with a new name -- Oklahoma! Though young Marilyn was invited to two callbacks, she didn’t make the final cut. Nonetheless, Ms. de Mille provided positive feedback and encouraged Marilyn to continue in dance.

By the time she reached high school, Marilyn was performing regularly at nightclubs and theaters in New York and Philadelphia. She attended the Children’s Professional School during the day and would go straight from class to the venues.

When she was 18, she got a summer job at a hotel in the Catskills. That’s where she met her husband, Irving. His family owned the hotel. After the summer was over, Irving invited her to visit his family in Florida. Their engagement ensued, and she married Irving at age 19. Her first child, a daughter, was born when Marilyn was 20, followed by a son two years later.

Marilyn worked a variety of jobs where she wore many hats, including for banks and for the Miami Herald, where she was involved with the Wishbook, the Spelling Bee, and the Silver Knight programs.

After the kids were grown, Marilyn and Irving moved to the Key. They bought their Key Colony condo in 1979, during the complex’s pre-construction stage. They were together for 70 years until Irving passed in 2018, just shy of his 100th birthday. They were active volunteers in many programs. Marilyn especially loved the work they did with the Alvin Ailey summer camp, helping the campers in whatever way was needed.

Marilyn radiates positivity. She has a passion for dance of all kinds, but more than any particular style of dance, she loves to see people dance naturally. “It’s the attitude that counts,” she explains. “I believe in exercise and I believe in staying busy. For me, dance is about enjoying movement.”

“I don’t pay attention to limitations,” she says. “People are capable of doing so much more than they think they can.”

Looking back, she says, “Sometimes I think about my life and I think I’m talking about somebody else because I can’t imagine myself doing all these things, but I did!” More power to you, Marilyn. Keep on dancing!

2021: Key Biscayne undergoes year of transition with resilience and heart

Depression Might Predispose You to Believe COVID Vaccine Lies