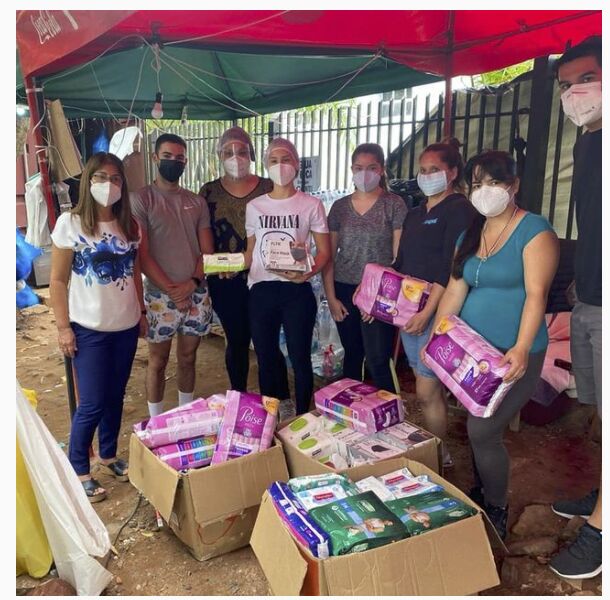 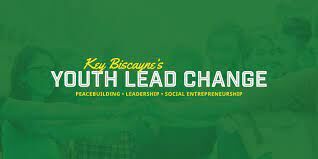 Poverty is a scourge worldwide. Right here in Key Biscayne, a young person has started a project to help some people in Paraguay who live in poverty, deprived of the basics: food, shelter and safety.

YLC is an organization that educates young people in leadership skills, social entrepreneurship and mindful thinking.Developed by former Council member Pat Woodson, it is available to students who live on Key Biscayne or who attend MAST Academy. Woodson now acts as the group’s executive director, instructor and mentor for the students.

When Thais traveled to Paraguay visiting family there, she saw women begging in the streets, dressed in rags, carrying babies in their arms. Because of the limited resources available in the poor country, “the women and children suffer the most,” said Thais.

With the help from her great aunt, Gloria Ruiz Shuhbaum, she was able to get connected with a children’s shelter, the ‘Organizacion Misionero Roga’ in Luque. Helping these children and their mothers became her passion, which is the impetus for all YLC projects, according to Woodson.

Thus began Provisions For Paraguay -- and its first shipment was sent in April.

“I wouldn’t have been able to start this project without all the people that have volunteered and supported this mission,” said Thais. “I have started and continue to lead this project to channel the youth toward the vital mission of ending the cycles of poverty with one grain of sand at a time.”

Through the help of her aunt, who coordinates the project in Paraguay, Thais has recruited a team of 10 -15 young people there who organize and distribute the relief supplies sent in. She also has assembled a team of students in Key Biscayne to assist with the organization's fundraising.

Thais and her team have raised through donations, fund drives and bake sales, and as a result have been able to ship items most needed in the Paraguay shelter -- diapers, canned food, blankets, clothing, tooth brushes, powdered milk and feminin hygiene products. Provisions sent were packaged as Goody Bags for the shelter residents on August 16, which is Children’s Day in Paraguay.

“We also have sent adult diapers, masks, toothbrushes and mouthwash to the hospital in Asuncion for the elderly there,” said Thais

When she first moved to the key, Thais went to MAST Academy “because of their stellar academic programs,” she said. Now she is a junior at the School for Advanced Studies located on the campus of Miami Dade College Kendall Campus, where she is earning an Associates Degree along with her high school diploma.

Her family moved to Brickell Key three years ago when her father, Cristian Nunez, finished his residency in New York and found a position in South Florida. He is originally from Paraguay and he met his wife, Michelle Estrada, when they were both attending college in New York.

Thais hopes that in the future, the fight against poverty in Paraguay will be continued by the younger students at her school and MAST, including her younger sister Estefania and her brother David. She plans to go on to college and pursue a degree in medicine.

The project does not have any local business partners -- yet -- but they have received many sizable donations and contributions in their fundraisers.

Thais said she is grateful for the support she has received on the Provisions for Paraguay project from her mentor Pat Woodson, from her family here and in Paraguay, as well as from the Consulate of Paraguay, Justo Apodaca and his wife, Dr. Rosa Bogado, who were instrumental in ensuring relief supplies were shipped in for free and delivered to the targeted location.

“It is through the combined efforts of this team that we have been able to help so many women and children in Paraguay,” Thais said, adding that more supplies are now being gathered for the next shipment this winter.

If you wish to contribute to the Provisions for Paraguay initiative, contact Thais Estrada-Nunez a (347) 239-1435, or visit their Instagram handle: provisions.for.paraguay

Monday could bring the coldest air since 2020

Report: Sean Payton yet to commit to coach in 2022

Winter Blues? It Could Be SAD