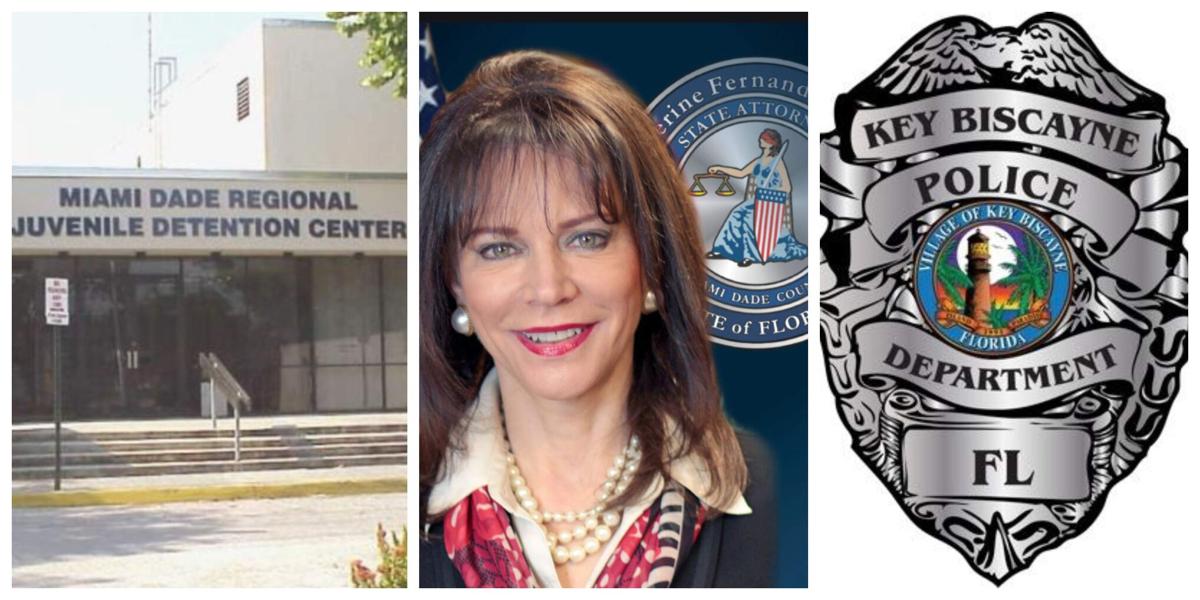 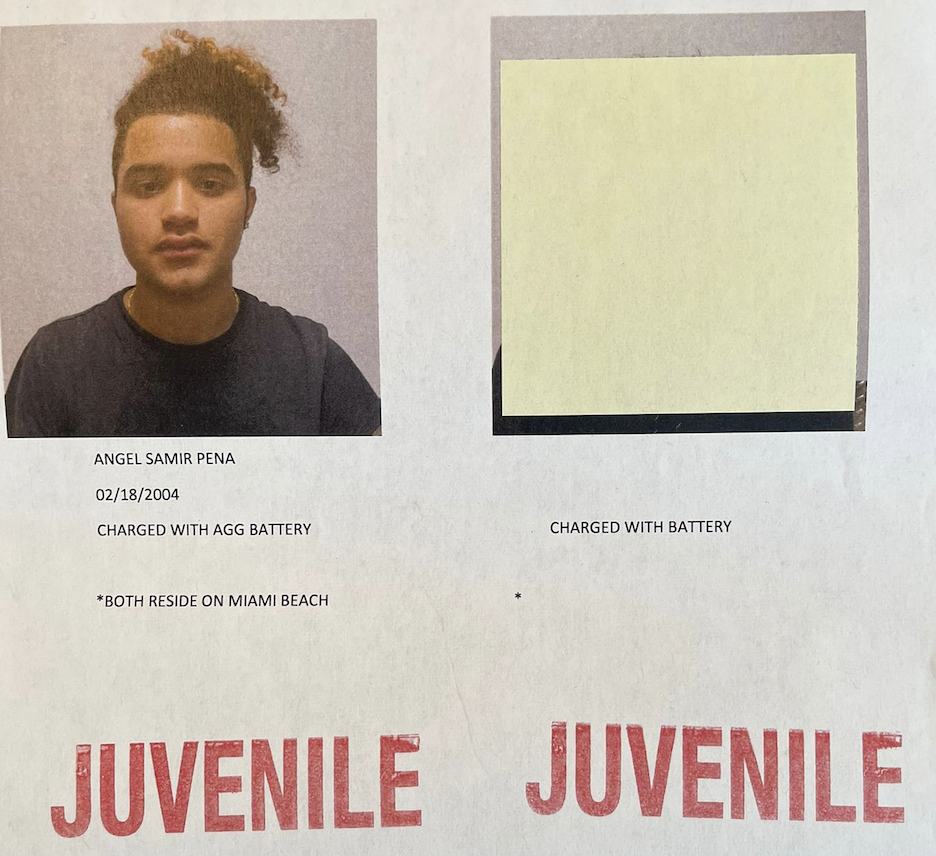 Two 17-year-old males, both from Miami Beach, have been charged in connection with Saturday’s violent battery case on a 44-year-old Key Biscayne resident that took place a minute after midnight near Village Green Park on Crandon Boulevard.

In the arrest report released Friday afternoon by Village of Key Biscayne Police Chief Charles Press, Angel Samir Pena was charged with aggravated battery while another juvenile, who is not being named because of his age and the severity of the crime, was charged with battery.

Detective Fernando Carvajal and Barbaro Hernández located both the defendant and co-defendant, who were transferred to the Juvenile Assessment Center in Miami-Dade County.

According to the arrest report, Mr. Cristoforo Pignata was traveling northbound on Crandon with his daughter and her friend when Pena - one of three young males who was throwing rocks at the scene - struck the golf cart with a rock after a juvenile he was chasing jumped on back of Mr. Pignata’s cart.

He then walked across the street and yelled at Pena, who punched the man on the jaw, causing him to fall and black out. The initial incident/investigation report said the victim was struck by an unknown object, possibly a skateboard. Mr. Pignata received multiple fractures to the right side of his face and a broken nose.

Pena, who provided a full confession, told police he punched the man because he had threatened to kill him.

The other juvenile who was arrested then approached the victim on the ground and punched him in the face because he said the victim swung his arm back and hit him, according to the affidavit.

Three males fled the scene that night in a burgundy Honda Civic.

Mr. Pignata was hospitalized at the Ryder Trauma Center at Jackson Memorial Hospital in Miami. He was released Monday.

Aggravated battery in Florida is a second-degree felony offense, punishable by a mandatory sentence in prison with a maximum of 15 years and, in some cases, more. Penalties also include 15 years of probation and a fine of up to $10,000.

The battery penalty in Florida is a first-degree misdemeanor punishable by up to one year in jail and/or 12 months of probation and a $1,000 fine.

Earlier this week, Deputy Chief Brett Capone told the Islander News two of the best investigators he’s ever seen were on the case with a “good closure rate.” Capone said Monday they were speaking to various potential witnesses to determine their viability.

Press said Tuesday night at the Village Council meeting that the island - perennially among the state’s top five “Safest Cities” - has had only two violent crimes in 17 years, but those were two too many for his liking.

Saturday’s crime came on the heels of a recent trend of juvenile mischief involving stolen and damaged golf carts, and a large group of youngsters gathering at Village Green, some engaging in slap-fighting.

All of this has made residents feel uneasy, based on their social media comments, letters to the editor and public comments during Village Council meetings.

Press indicated Tuesday night he plans to “flood the streets” with patrol officers on weekends and will enforce the county’s midnight juvenile curfew.

Incorporation has made all things better on Key Biscayne

While Matt LaFleur has ‘one plan’ for Packers’ training camp, the coach knows one guy — Aaron Rodgers — remains vital