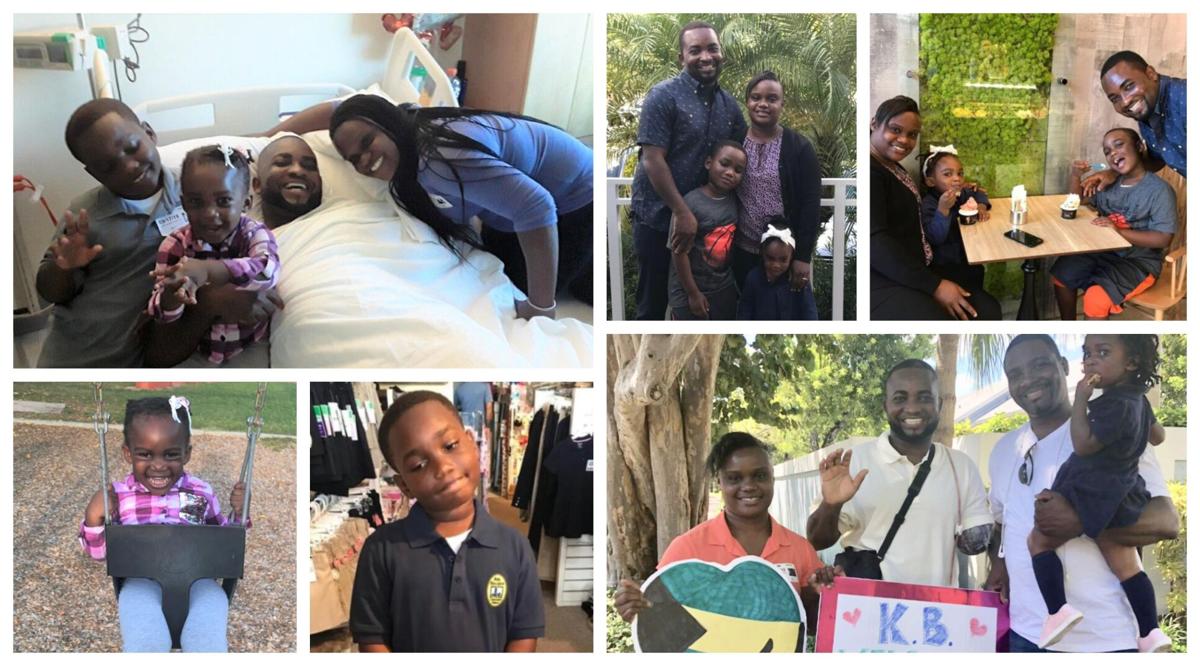 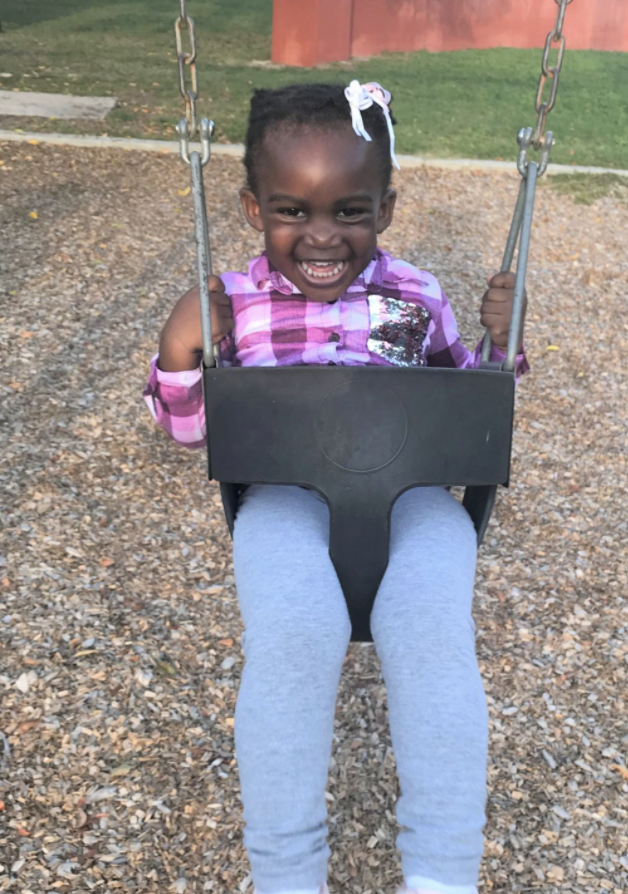 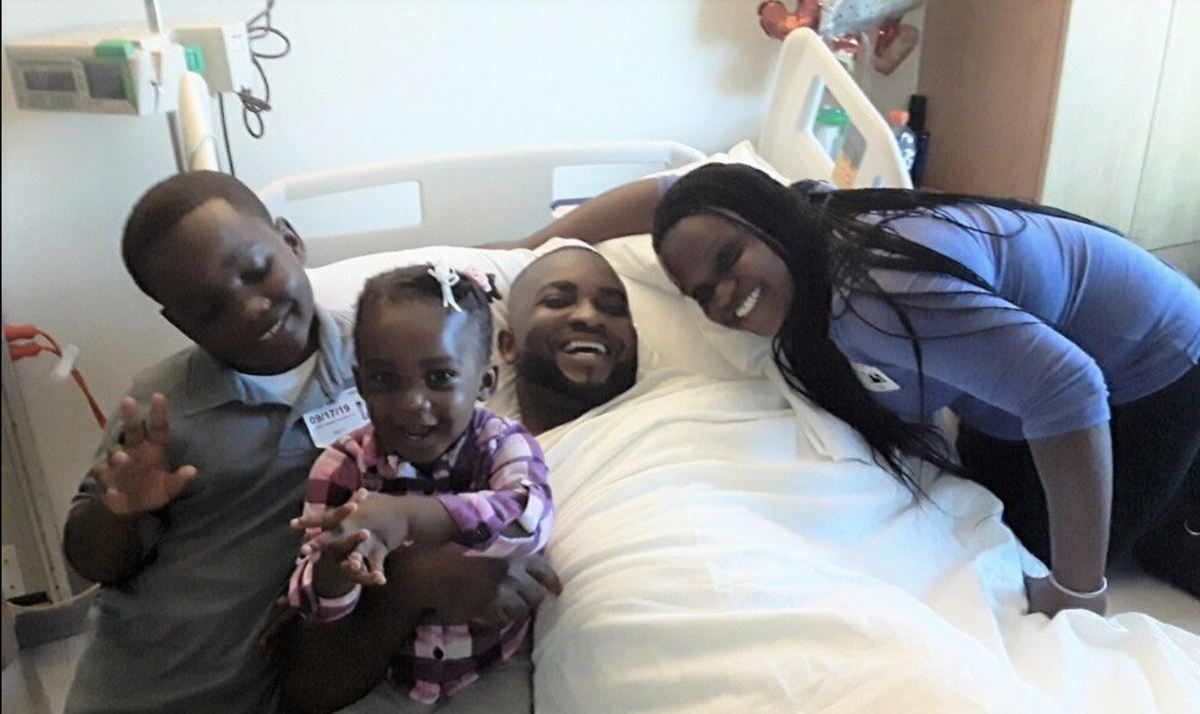 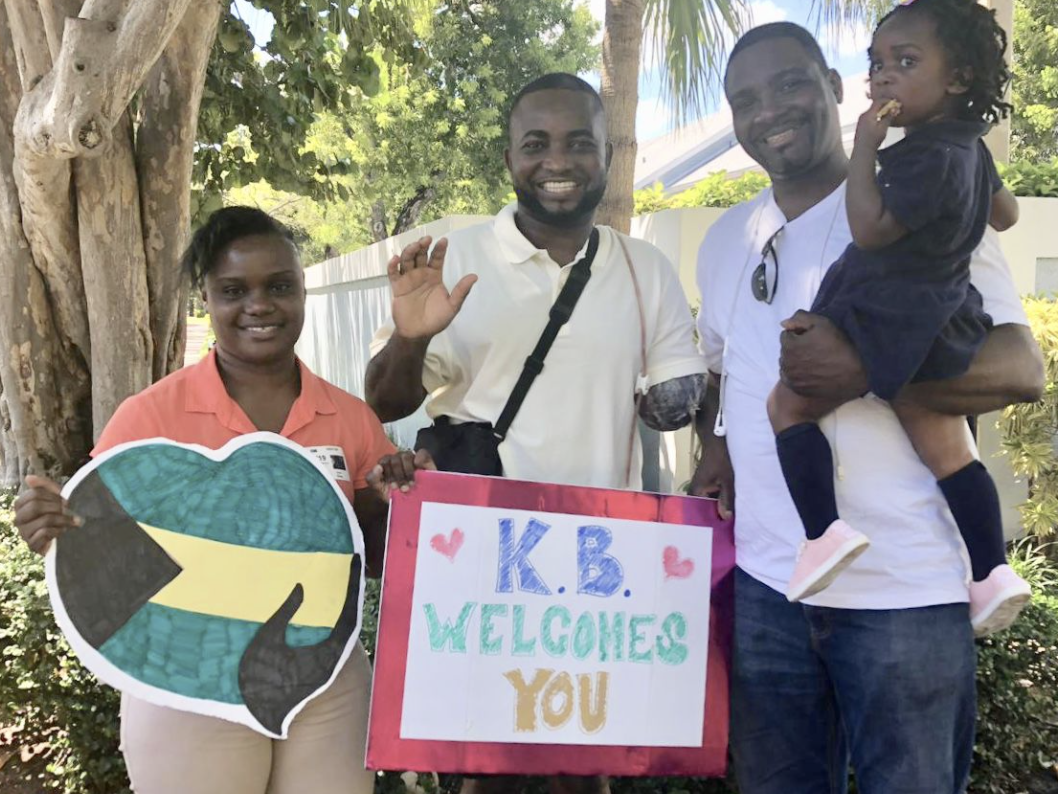 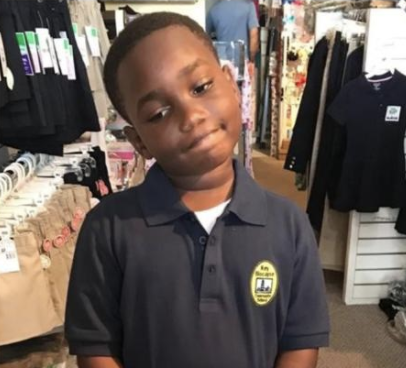 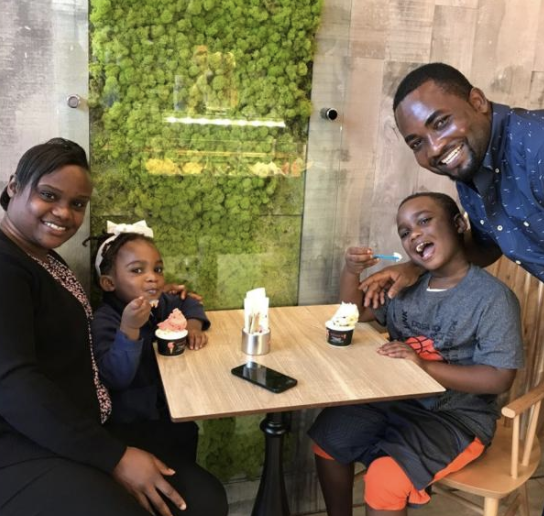 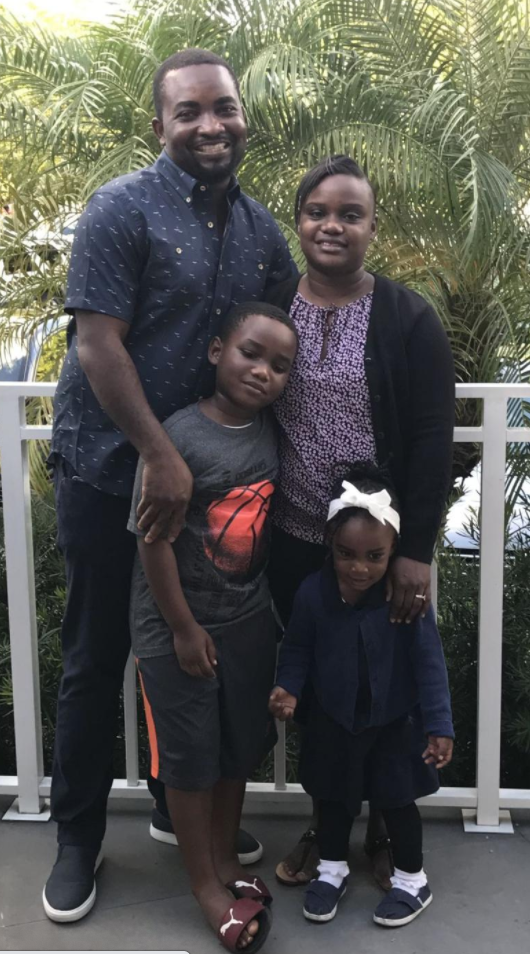 It has been over a year since Erick Auguste battled the unforgiving waters of Hurricane Dorian, which took his left arm, his mother and his Bahamian home before he found temporary refuge in Key Biscayne.

It has been a year since he and his family found comfort and healing roughly 190 miles away in our island village, where residents unselfishly offered them shelter, food, clothing, and helped their children enroll into school.

And where, for about seven months, the Auguste family called home.

Erick Auguste and his family returned home to the Bahamas about five months ago. He and his wife, Elise Bain-Auguste, and their children Erynn, 9, and Chloe, 3, had originally returned to the Bahamas for a week-long visit. Then, Covid-19 hit, and flights out of the Bahamas were canceled.

They stayed to rebuild their lives there.

“We enjoyed all the love and support that Key Biscayne showed us,” Erick Auguste said. “This is a place that I will never forget in my life. There are so many good memories of Key Biscayne. We compare everywhere we go to Key Biscayne.

“I have to go into detail about the whole entire island. We talk about everybody! Key Biscayne is kind of like a family. The first trip back to the states will be to Key Biscayne.”

Hurricane Dorian hit the Abacos and Grand Bahama over Labor Day weekend in September 2019 as a catastrophic Category 5 storm. It came to a near standstill over the islands, raking them with intense winds and wind-swept waters. In the end, as reported in the Miami Herald, Duane Sands, former health minister of the Bahamas, said the death toll of bodies recovered was 74.

Auguste lost his mother, Matinise Elysee, in the storm. He was holding her as they fought through wind-swept waters when a sheet of plywood sliced off his arm, and she floated away with his severed arm.

After the storm passed, with the help of Key Biscayne residents who heard of the family’s plight and organized assistance, the family made their way to Key Biscayne while Erick received care at Miami’s Jackson Memorial Hospital.

“It’s like you’re in the desert, and someone gives you a glass of water,” Auguste told the Islander News last year, of the support his family embraced. “When people show you love, it gives you energy.”

Key Biscayne resident Michele Estevez led the local effort to help the Auguste family. She opened her home to the family.

“All I ask is to not thank me,” she said last year. “It’s not about me giving them the house; it’s about them and the community. I (just) want to give them the best home we can in the community. All I did was open the door.”

Life back in the Bahamas

For the past five months, the Auguste family have lived with Elsie’s mother while their new home is slowly being built. Construction is slow on the island, but it’s progressing. There’s running water again. Electricity.

“It’s back to some kind of normalcy,” said Erick.

The anniversary of the hurricane was treated as a holiday in the Bahamas, he said. Businesses shut down to pay respect to both those who lost their lives and to the survivors.

“They went to the beach with flowers,” he said. “There are hundreds and hundreds of missing persons … Maybe the ocean washed them away. Everyone then drove through the entire island, Because of Covid-19, then everyone came to a big parking lot.”

Auguste took part in the drive. And remembered his mom.

“It was very emotional for me,” he said. “It hit me deeper than when it actually happened. Because even though I’m alive, this is the day that changed my life forever. It took my arm away from me. I will never be the same Erick that I used to be before.”

For Erick, mentally, life is at times frustrating.

Emotionally, he said, it has changed him a lot.

“Especially when I can’t do what I used to do before,” he said. “I’m 37 years old and I can’t do everything like I used to do. Like baby steps with one arm.”

He has had to re-teach himself how to tie his shoes, put on a belt, and dress himself. And how to swim.

“I almost drowned last holiday,” he said. “I was on my knees and lost my balance, and couldn’t get back up. Family was there to help. I have to learn how to float in the water. My kids are so helpful.

“My family, they are my heroes. They are so supportive of everything. Even when I was in the hospital. The doctors said they had to make me learn things. They made me feel like they have my back. It’s so helpful.”

The Auguste family can’t put into words how much they miss the village.

The 9-year-old, Erynn, wants to return. “The teachers in the Bahamas have big shoes to fill,” Erick Auguste said, laughing.

And then there is Michele Estevez.

“I feel like I gained another mom,” Auguste said. “She is so supportive of everything. I wouldn’t trade her for the world. The kids talk about her every day. They think she can make everything possible.”

“I could not have done it by myself,” she said. “The (Auguste family) were very humble. That also makes it much easier.”

These days, Estevez mainly keeps in touch with Elsie Auguste, asking her to send photos of the children.

“I miss them, too, tremendously,” Estevez said. “It’s good that they returned home because you have to move on with your life. I miss their smile. They have an incredible smile, all of them. The kids would open their arms, hugging. I miss taking them to get ice cream. They became like my grandkids.”

Since the Auguste family had intended to return after their Bahamas visit, they left behind their belongings. Estevez is trying to find a way to ship items to them: a dresser, crib, clothing.

“If somebody has a good-sized boat, we could try and raise the funds to pay for gas,” she said. “And we’re also looking at shipping companies.”

Erick, who continues his work as an electrician, said one thing he still loves about the Key Biscayne community is the unity.

“I come back to my island, and I tell others here how amazing it is the way they came together,” he said. “I will never forget them in my life. Never. I will always go to Key Biscayne. It has become a part of me.”

For Aaron Rodgers and Davante Adams, the message to Packers players (and fans) is simple: ‘We’re going to be OK’