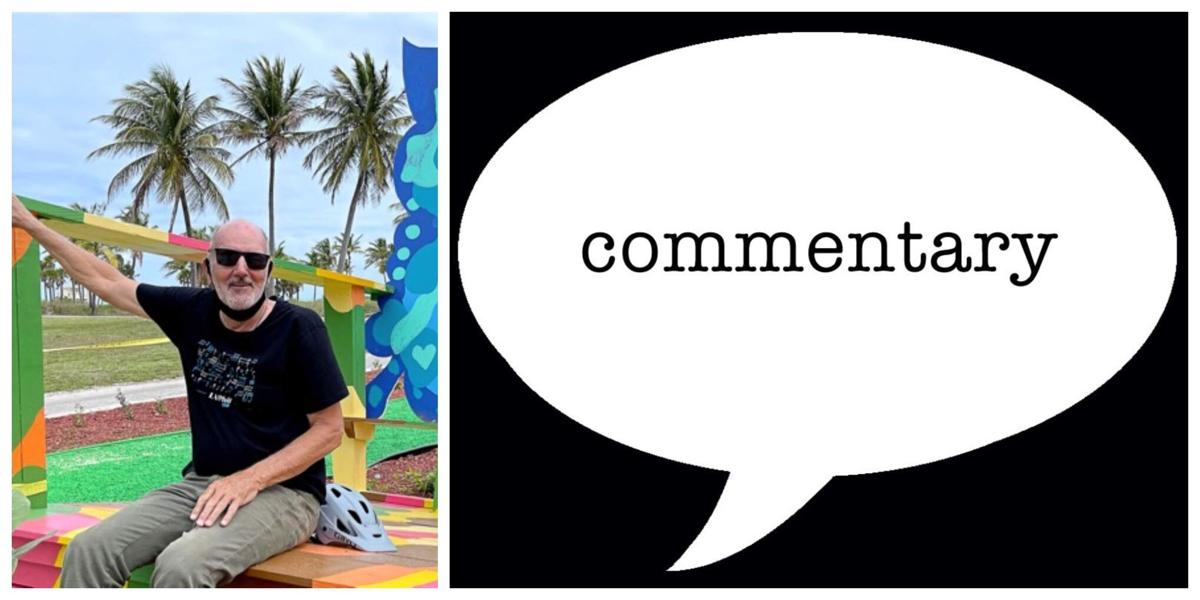 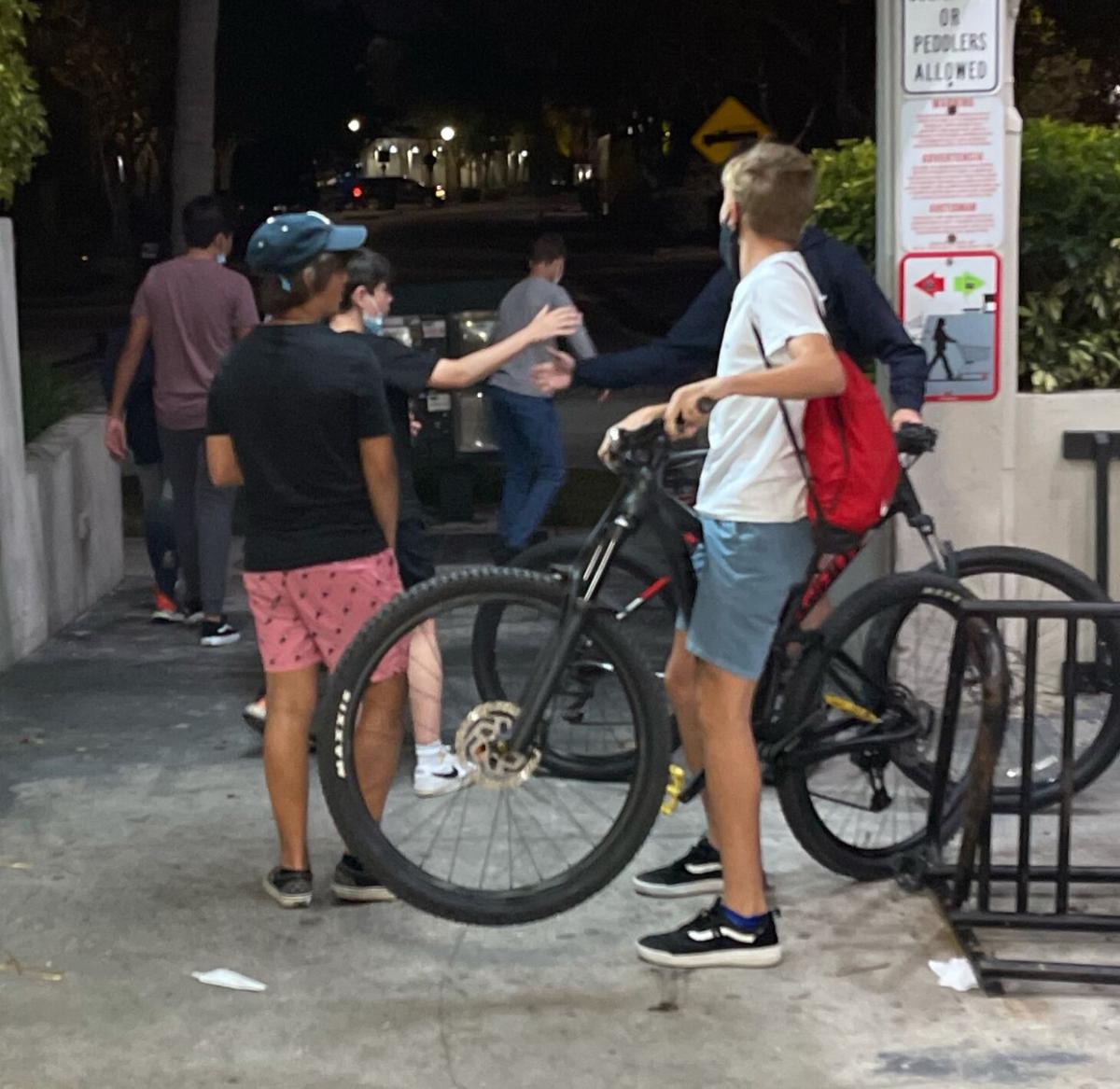 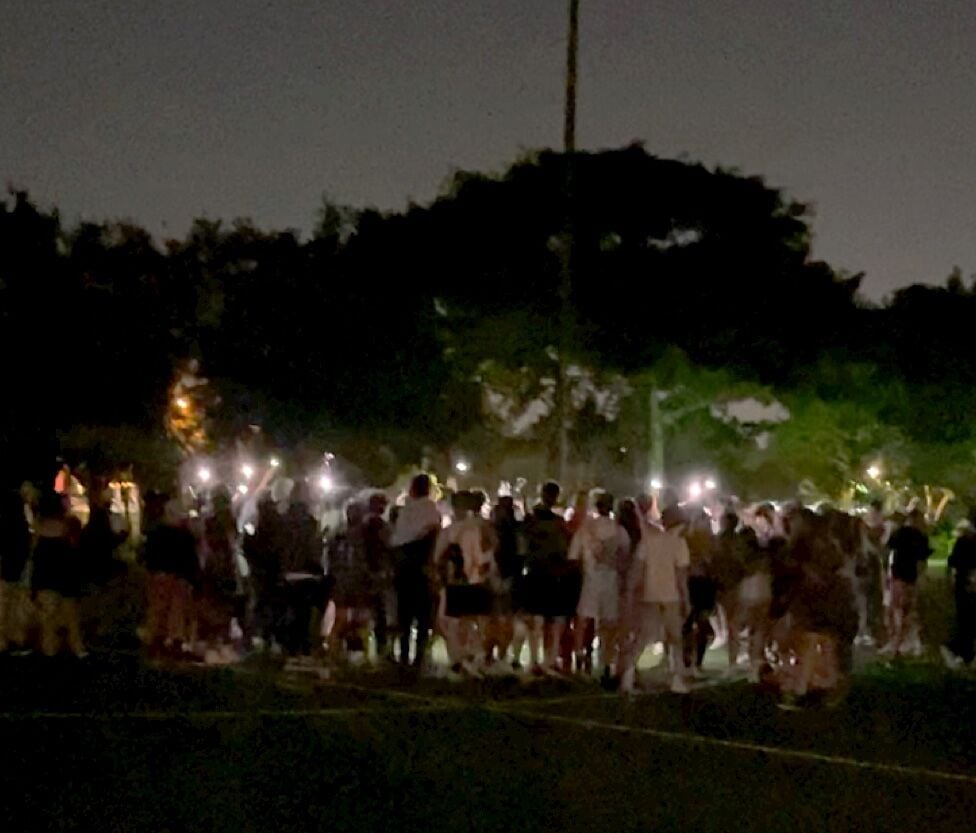 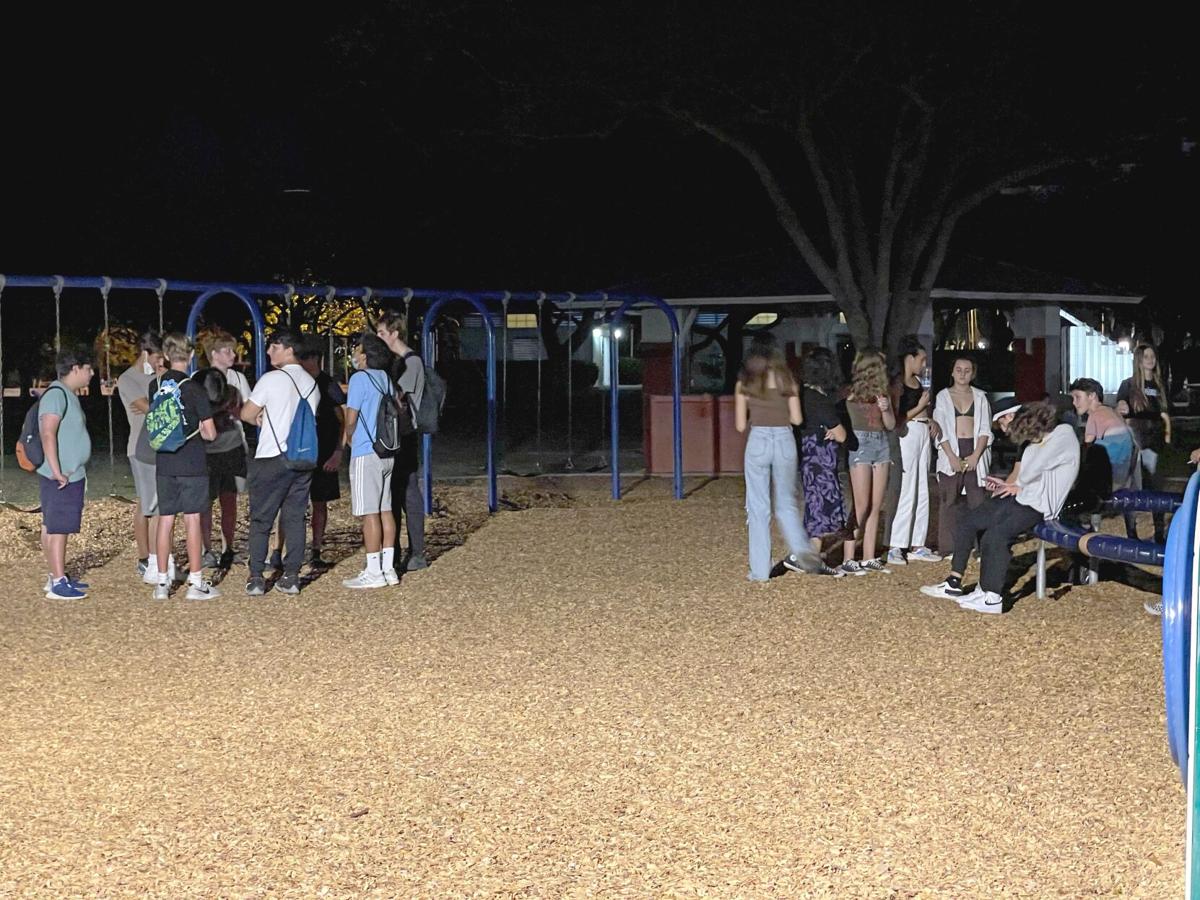 Having heard about episodes involving poor behavior by teenagers on the Village Green over the past several weekends, I set out on a recent Saturday night to see for myself what was going on.

My adventure began around 8:30 p.m., near the Post Office. As I cycled north along Crandon Boulevard—from the CVS, past the Village Green and on to the 7/Eleven—I observed various small groups of teens and tweens milling about. Some were walking together in small clusters, others were sitting on bus benches, sidewalks, and in parking lots.

They seemed to be enjoying the cool evening and—more than anything else— they just seemed bored.

I asked one girl, who appeared to be about 14, how things were going. “It would be nice if the Community Center was open and we had a place to go,” she said. A short time later, I asked a boy whether he would like to see the Community Center open in the evenings. “No,” he answered, mentioning that he and his friends preferred to spend time outside walking, bicycling or skateboarding.

As the evening progressed, various groups of teens drifted toward the Village Green, where a crowd had begun to congregate. Because the lights were out, the group of 200 or so gathered in darkness, illuminated only by the glow of cell phones. After observing from a distance for a few minutes, I decided to approach the crowd to see what was happening.

Around 10 p.m., two boys started slap fighting. The crowd encircled them while yelling encouragement. Clearly the contestants were not out for blood, but they were taking powerful, open-handed swings at each other. After a bit, someone signaled that the fight was over, and the two boys separated. The smaller of the two sat down on a bench with some allies, shaken but appearing OK. A short time later, about 10:20 p.m., two Village of Key Biscayne Police cars arrived, and the teens dispersed, running in all directions.

While the events of the evening could have easily skyrocketed out of control, that did not happen while I was there. There was a crowd, but it did not seem to be a violent one. Nevertheless, this is the third weekend in a row that large numbers of teens have congregated on the Village Green, many of them maskless and few practicing social distancing. There seemed to be no plan in place for them and no supervision.

These teens are clearly bored and need to be able spend time with their friends and be, well, teenagers. I hope the village will consider organizing space and activities for our island youth — they need someplace to go and something to do on Saturday nights.