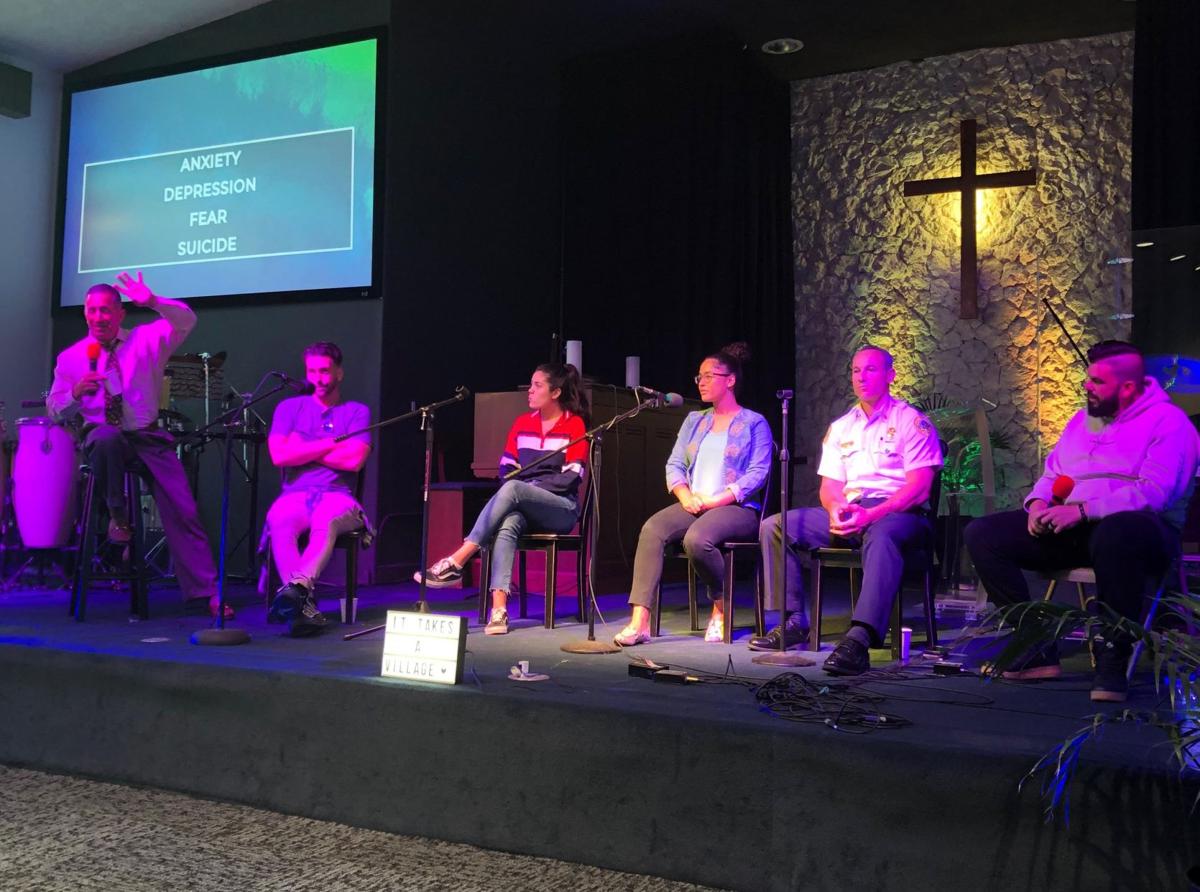 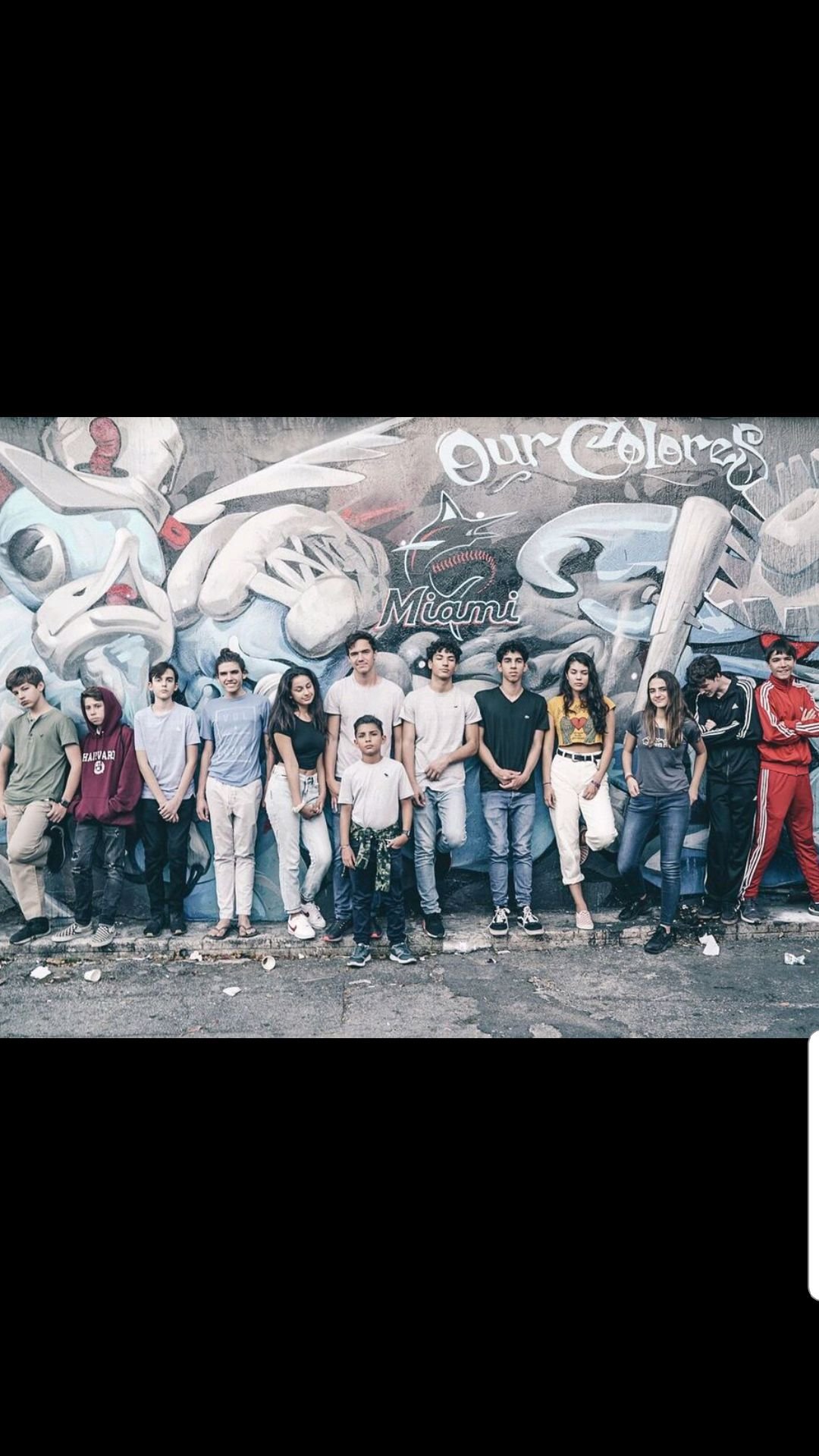 Tony Goudie is a key rat who seems to transcend age, religion, economic background, home-grown histories, and politics, to honestly connect with people island-wide.  This according to comments from a variety of folks and insight gleaned after a recent interview with Islander News.

The youth minister at Key Biscayne Community Church, local coach for 21 years, young husband, and soon to be dad, shares a fearless address of the frank discussions about tough issues facing young people today tackled in “Key Cares: It takes a Village.”

The series of panel talks began on May 14 at the church.  The third and final discussion will be Tuesday night, May 21 at 7pm.

IN: How did the idea for the talks come about and what are the goals?

TG: The idea came from a few places…as part of a group led by Fire Chief Lang (Teen Talks). We would meet with parents and children collectively then separate the two and Eric would go with the parents, and the kids would stay with me and the coaches. We talked about drugs and alcohol, the benefits of waiting, pressures from society, and it really opened my eyes to the problems facing kids.

We started having drug overdoses, and kids committing suicide…it’s almost like the devil’s playground. These kids are struggling like any kids but they (often) have the means to get their hands on whatever they want. As a community we wanted to come together and talk about facing the problem.

The goal was to create an environment where people could be okay with not being okay. It’s okay to have problems and fears and be anxious and even have thoughts of suicide. I think as a society, and from a Christian perspective we’ve kind of stigmatized a lot of things that happen to people, like if your Christian you can’t be suicidal and I don’t think that’s true. That has caused many people to stay silent because they don’t want to be judged.

We want to raise awareness, establish communication and through these events understand kids are going to make mistakes and those have consequences. But if you throw the book at them it’s going to be harder to stop the behavior. We want to create an environment where parents and kids alike understand we all make mistakes, with the ultimate goal to live a life learning and minimizing mistakes.

IN: What inspired the theme for tonight’s discussion?

TG: In my case what prompted the action was a case at the K-8 where alcohol and maybe vaping was involved, kids snuck alcohol into the school and were drinking. Another case was at MAST where a boy was expelled because he was high on a drug during school.

The part that was so sad to me was not so much that he was high in school although that is sad enough, but that if you talked to another kid they would say “oh yeah, he would come high to school all the time.” Sometimes the problem is hard to identify, you never saw it coming but when you see it coming and nothing happens…

More can be done to equip parents with resources and surround children with people who actually care about them enough to show up in their life. To go to band recital, a soccer match, and invest in kids. Their schedules are full but I’ve coached for three seasons and never saw a kid’s mom or dad out in the field and it wasn’t because they didn’t live in the house. It wasn’t important enough to them. It is immeasurable, the psychological effects from some of the parenting that’s going on.

Stuff like this comes up but they hide the information so no one finds out about it and we can’t address it. I’m not in favor of saying “it was this kid, or that kid” but it happened and we are imperfect. How do we make it stop happening instead of “man, I hope no one finds out.”

IN: On kids trying to fit into a new environment and the moment bullying begins:

Miami as a city in general is tough enough and especially in Key Biscayne I would say for a middle or high school kid moving in or trying to fit in. And if it’s a new place and you aren’t sure, you want to look good for the popular kids and you can have an identity crisis. We all inherently want to belong.

Too often kids are doing things they never intended to do because of people they never intended to know. Once the action is done it becomes easier to repeat. Bullying for instance is one or two kids picking on someone and then a group of 10 or 12-that just hope it doesn’t become them-can identify that something is happening and not right. But they are not willing to be the next person it happens to (so then often participate in the bullying behavior).

If you (kids) see someone fighting, the person has to affirm it is not cool….that first person to react (can determine the outcome for good or ill) because it’s easier to piggy back on a behavior. They live by mob mentality and the others are just going to fall in line. If they are more insecure, then the next one will jump in and the (kid being bullied) is isolated and no one wants to be like him.

I tell parents, I think maybe they know this, but whatever you went through at their age, in 2019 you cannot imagine the pressures and what kids have to face. My heart breaks for these kids today. When I was a kid, whether I was the bully or being bullied, it had an expiration date at 3:30pm and I can go home and breathe. These kids are being bullied 24 hours a day (on social media) and with their frontal lobes developing and emotions, they can make terrible decisions.

By the teen age years the foundation is established and its crisis management (for parents). If you were on a roller coaster that never goes down and lands, that must be what parenting a teenager feels like.

IN: We get reports and complaints about teenagers committing petty theft and acting out rudely in public, there have been documented cases involving drugs and gang-like behaviors, some going unreported. How do we address these issues no one wants to talk about?

TG: Honestly if you talk to any person out here off the record that deals with children and family, they would tell you “our child problem is pretty great but it pales in comparison to our parent problem.” It all starts at home.

Kids come here with a sense of entitlement, they feel above the law and many of them don’t think twice about cursing out an adult or someone who works at 7-Eleven or Sir Pizza. It’s what they know and the environment they have been in.

We need to do our best to change the behavior of the child, so he can detach himself from the environment he grew up in. You see parents screaming and cursing…you could write a book its phenomenal and kids end up (mimicking) the worst behaviors. Then you see the same situation and kids end up being respectful and turn out great.

Or great parents and kids take a dark path….some start breaking the law stealing candy at 7-Eleven, cursing somebody at Starbucks…that’s where it starts and they end up somewhere they don’t want to go. You see sweet kids going through very dark periods in their lives. Some survive but some stay on the path and become drug addicts, alcoholics, or career criminals.

IN: Concluding thoughts on “Key Cares: It takes a Village” panel series talks

TG: Typically the ones that show up (to events like this) are the ones that need it the least. I don’t know what the answer is to help us get 300 more out there and learn to love each other as a community and accept and love the kids no matter what.

It is something we will continue to do at our church youth group (Wed nights 7 to 9) no one needs to be a believer to come and attend.  If you try and give 100 percent of your attention to a popular kid, you may get 10 percent of their attention. It’s the kid that sits alone at lunch and thinks their voice doesn’t matter and is waiting until they graduate from college to have a voice that matters. Their voice matters right now.

For more information on “Key Cares: It Takes a Village” talks for youth and family Tuesday May 21 at 7pm, KB Community Church, contact Tony Goudie at: 786.326.7194, tgoudie56@yahoo.com.

The Hope Scholarship voucher program, designed to curb bullying could expand — but it may not be about bullying