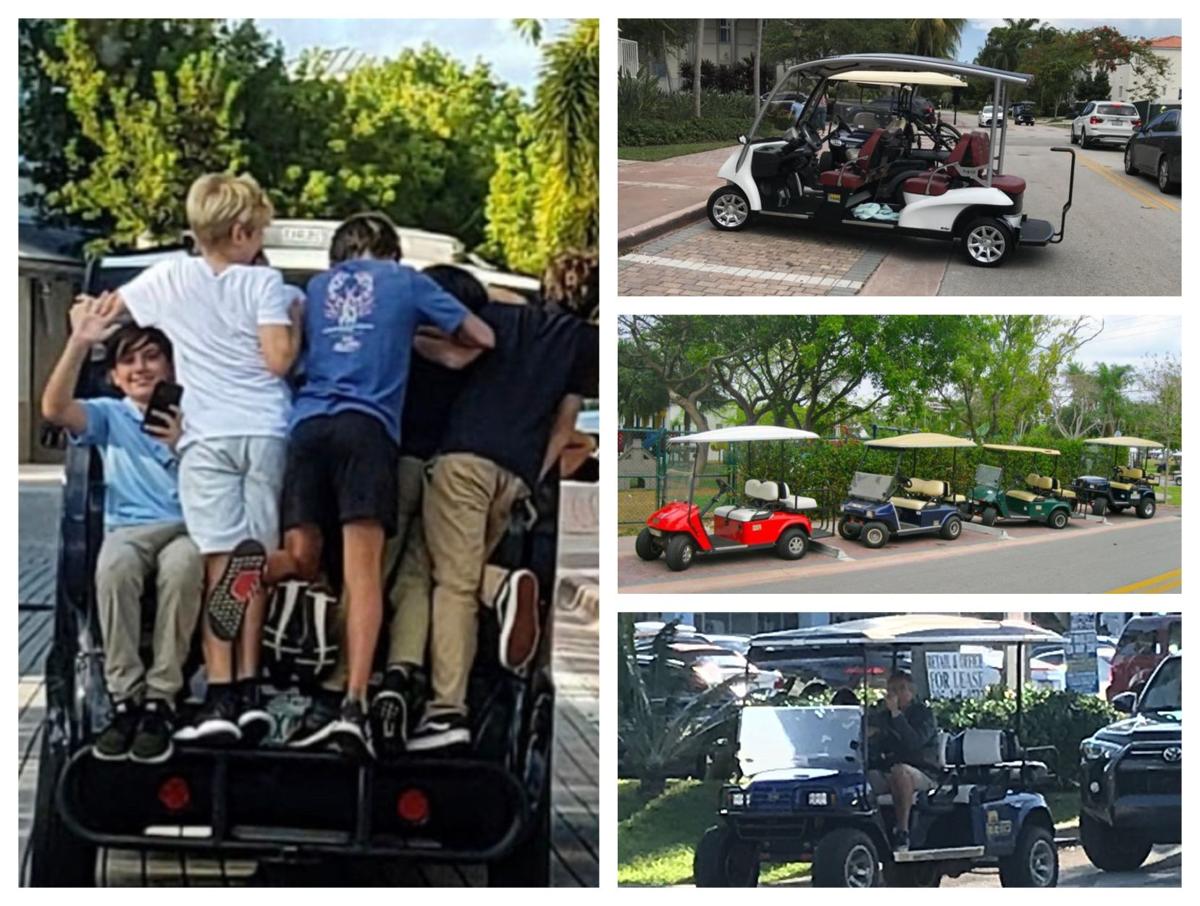 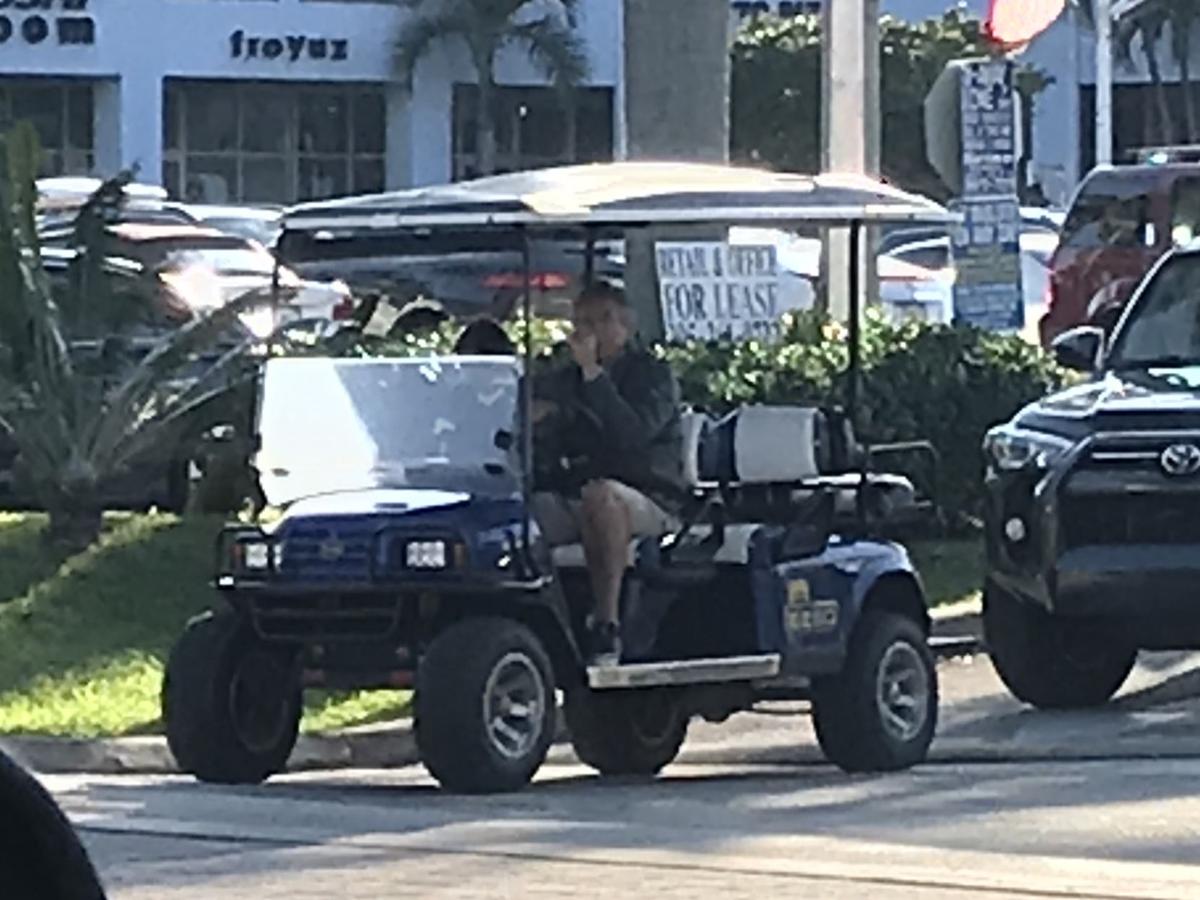 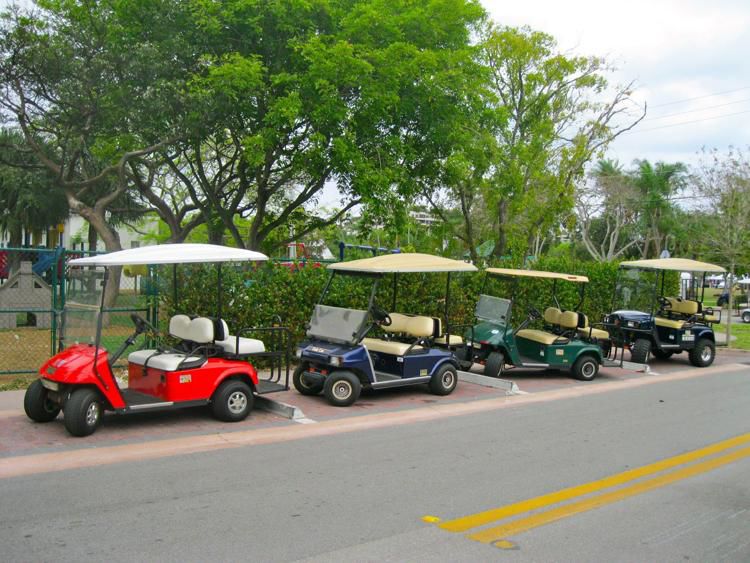 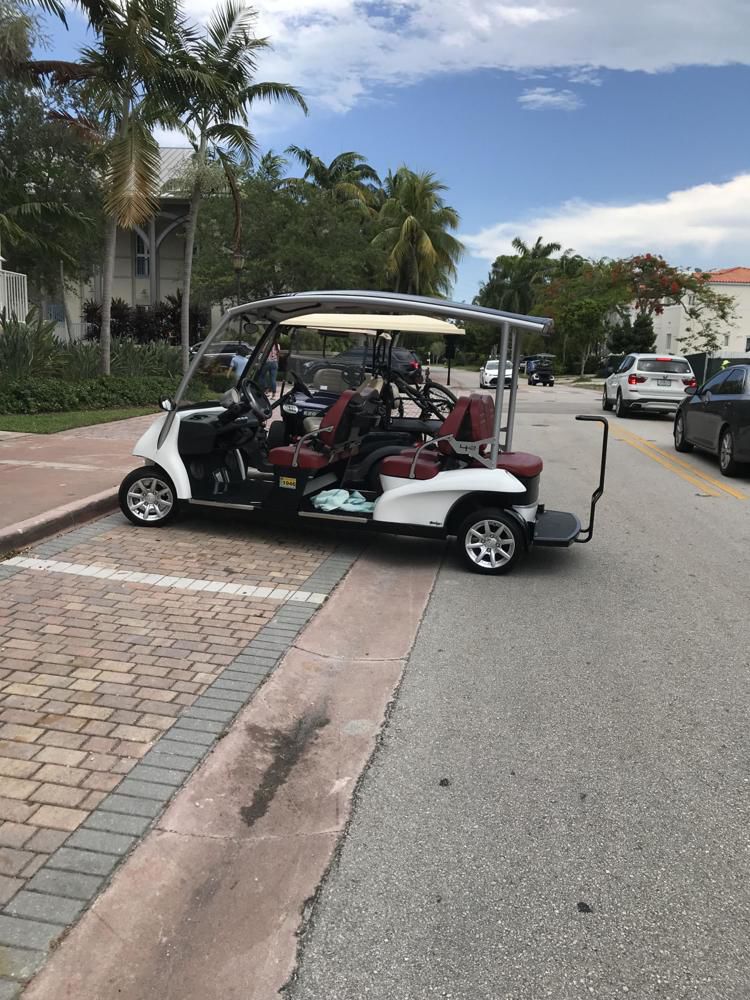 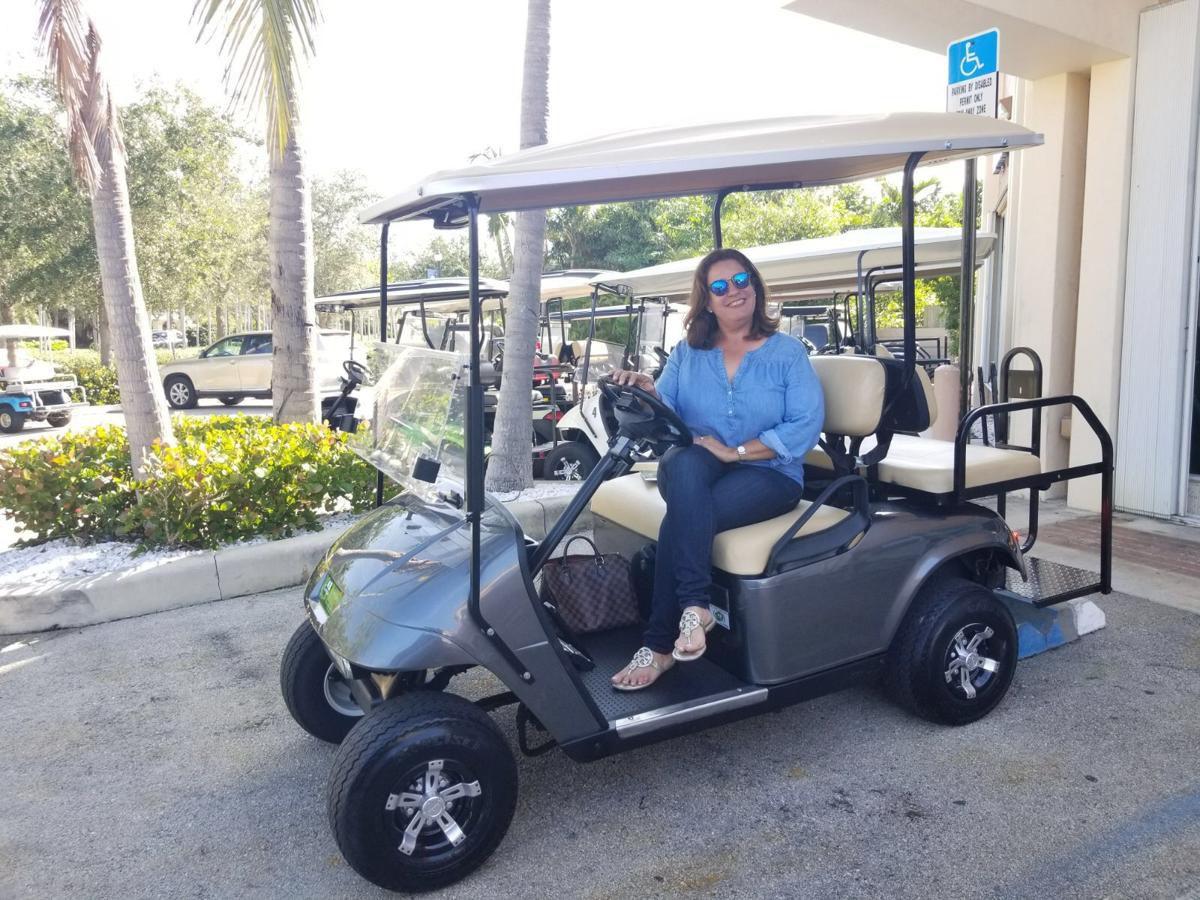 Golf carts a blessing, and a bit of a curse, for Village

“The village is not purposely trying not to provide spaces; there is just no room,” he said. “We’ve got a quandary here. We’re an island. There is only so much room to put thousands of cars and golf carts in here daily. It’s nice to have a golf cart, but if you have nowhere to park it, what are you going to do? Squeeze it where you can, right?’’

The issue of golf carts on the island during a recent Town Hall meeting for citizens.

With mostly 20 mph speed limits around the village, the risk of golf cart versus pedestrian injuries isn’t significant. But officers spend a great deal of time on them, said Press -- reflecting a commitment to the community’s quality of life priority.

Police department statistics show that golf carts, and the enforcement of rules geared to them, have kept police busy. Between September 2018 and November 2019:

Golf carts first started showing up on village streets as a means of transportation about 20 years ago, according to Roman Bignon, owner of JB Green, at 800 Crandon Blvd., a business that sells and maintains golf carts.

“It started about 20 years ago with an elderly lady who used a cart to get around,” Bignon said. “And it has grown. Not many people use them for golf here anymore, but now they are a staple of this community.”

All golf carts must be registered with the Village of Key Biscayne and have a valid permit affixed to the cart, according to rules posted on the Village website. Anyone driving a golf cart must possess a valid operator's license and be at least 16 years of age. Operators with a valid learner's permit must have a licensed driver 21 years of age or above occupying the front passenger seat at all times.

Golf cart drivers must comply with all applicable traffic and parking laws, including usage of safety belts and child restraint equipment. Golf carts must be equipped with headlights and windshield.

While Village police officers regularly work golf cart issues, Press told the Islander News, “At the same time we wrote 1,800 traffic violations with vehicles because that is our biggest problem. You see our quandary. There are not enough police officers to do everything perfectly.”

The department usually has four officers and a sergeant on duty, he said. “The problem is how we prioritize (their work). We have so many dangerous traffic issues here.”

Press said the department focuses “on keeping crime at a bare minimum … and deal with the traffic excesses here, and the absolute disregard for traffic laws.’’

The most common golf cart infraction is for failure to stop at stop signs and red lights, said Press. Speed is never an issue. The speed limit is 20 mph, with the exception of Crandon Boulevard, which is 30 mph. Golf carts can travel Candon, but they are supposed to move off the road after a short distance. Officers are required to follow them to make sure they moe off the road, he said.

The Village created lots and spaces specifically for golf carts, and carts are now required to pull straight into parallel spaces on the roadway so as to accommodate more of them.

The results have been visually comical at times. In 2015 a Facebook page called Key Biscayne Bad Parking came into being, featuring photos of “creative” parking on the Key, cars and golf carts. The group currently has 663 members.

Golf carts became more prevalent as the local government echoed national trends toward these more environmentally-friendly vehicles. The problem, again, is that the village is only 1.1 square miles and it is an island, Press said.

“Our cops constantly write these tickets but there’s nowhere for people to go” said the chief. “If (the government) wants people to drive golf carts we should find a way, as best we can, to provide more spaces for them to park.”

Another factor adding to the problem is “unnecessary” use of cars, said Press:

“People use community center to go to exercise classes and to work out, yet they drive three blocks to get there in their cars. The need to walk there, get on bicycles, and reduce the amount of traffic on our roads, whether it be golf carts or cars.’’

To help address this the Village debuted Freebee on the Key, a free on-demand ride service, in December, 2016. The six-seat electric carts can be summoned via an app, or riders can hop on as it loops Village streets, stopping at designated locations marked by signs. Several vehicles circulate from 11 a.m. to 7 p.m. daily.

“We’ve been trying to develop ideas and create ways to reduce, not only cars and golf carts, but to create a better environment,’’ he said.

Sam now a strong category 4 hurricane; will it move away from Florida?

How to train yourself to exercise in the morning