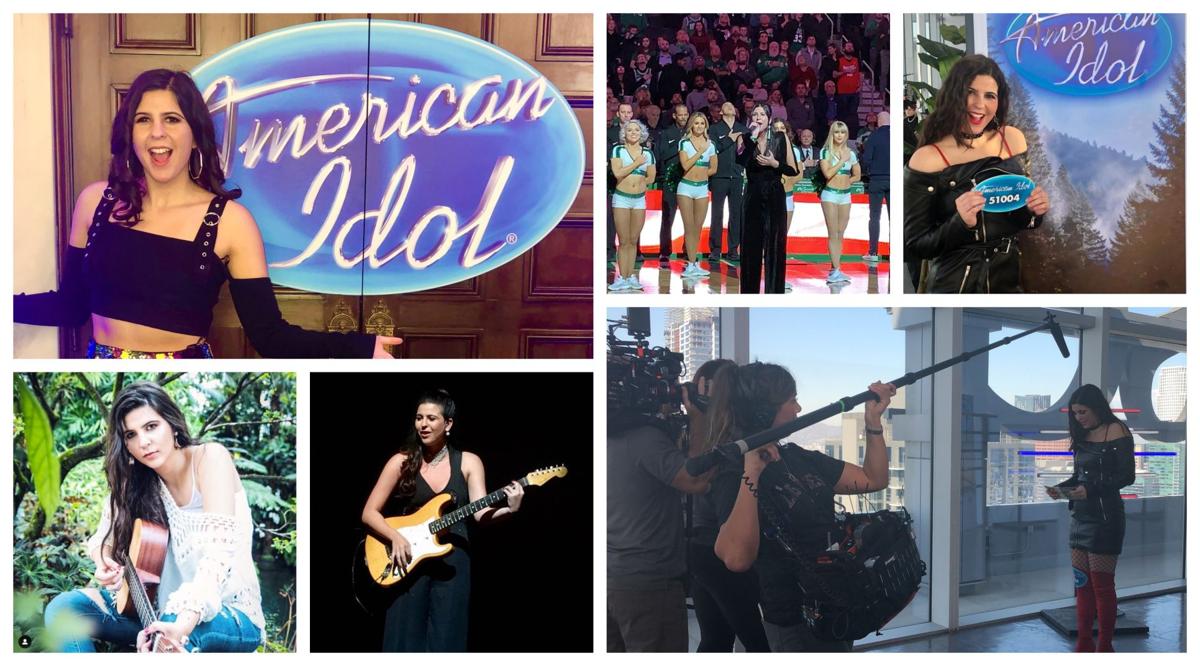 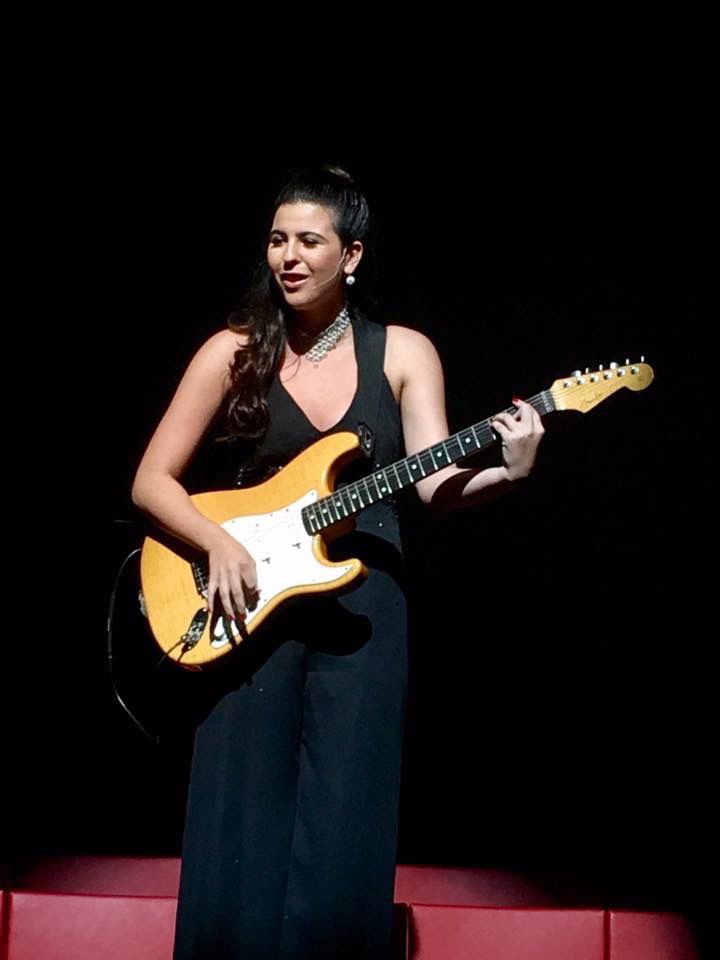 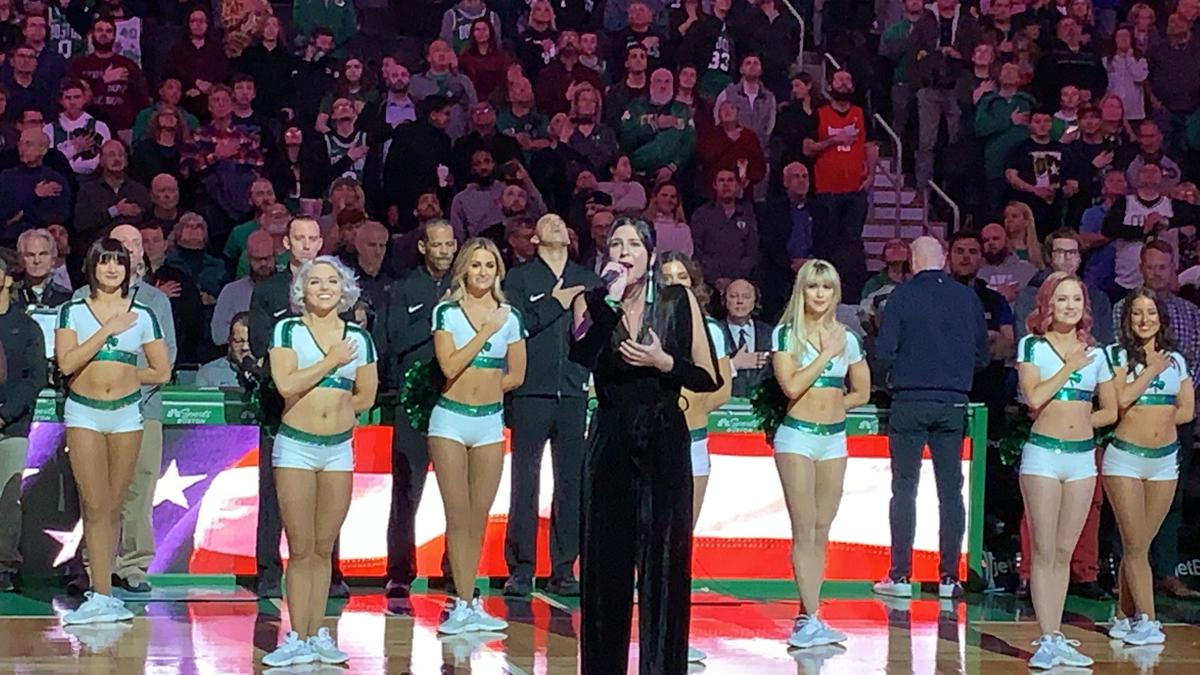 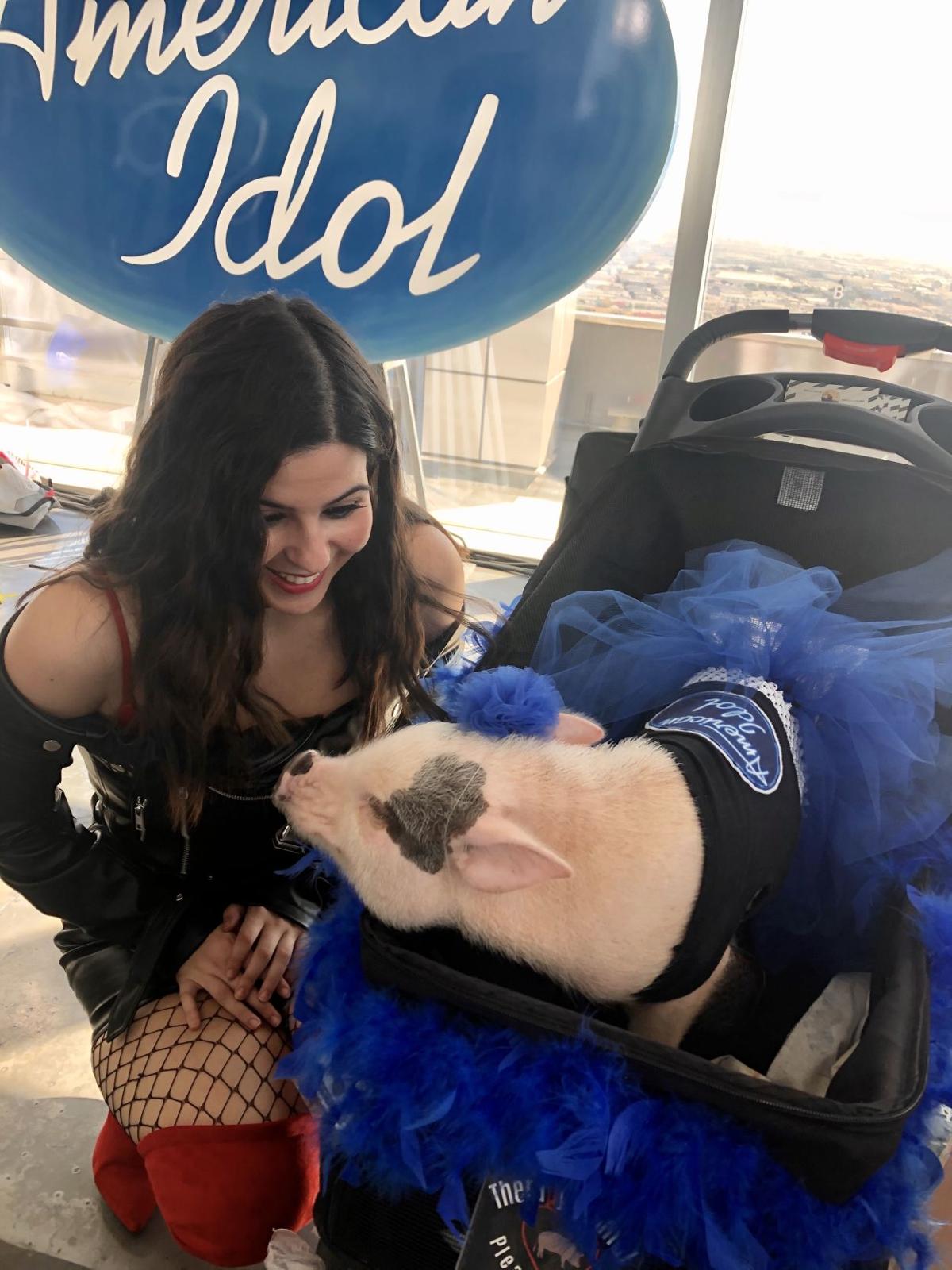 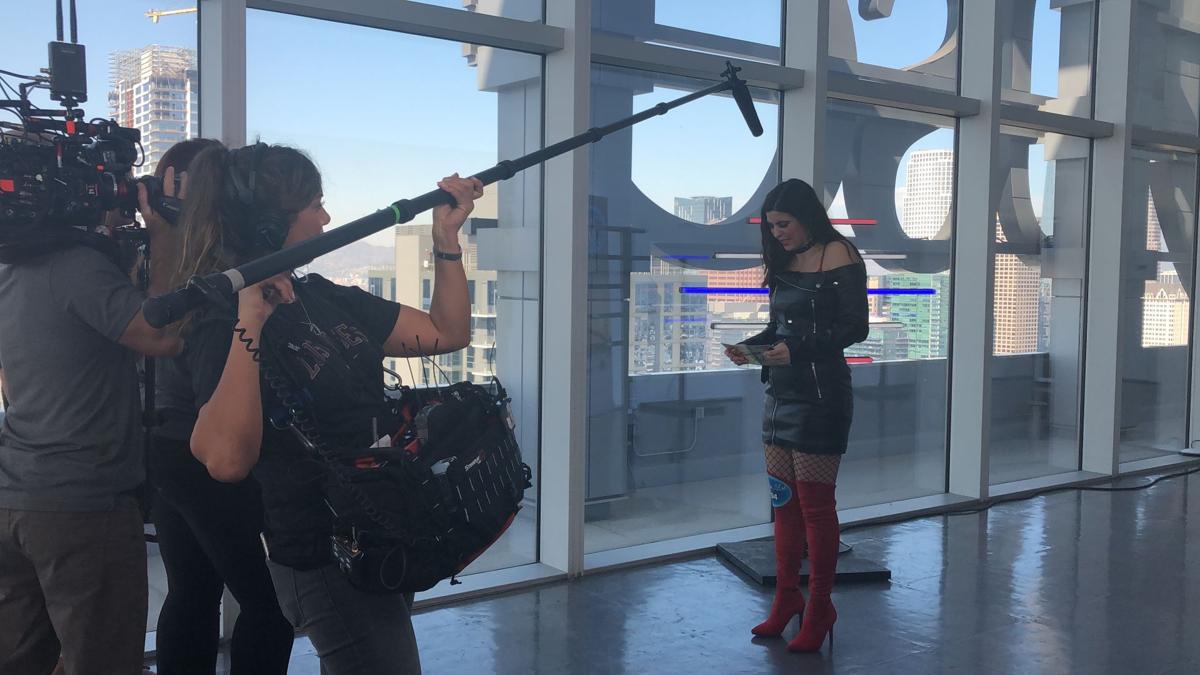 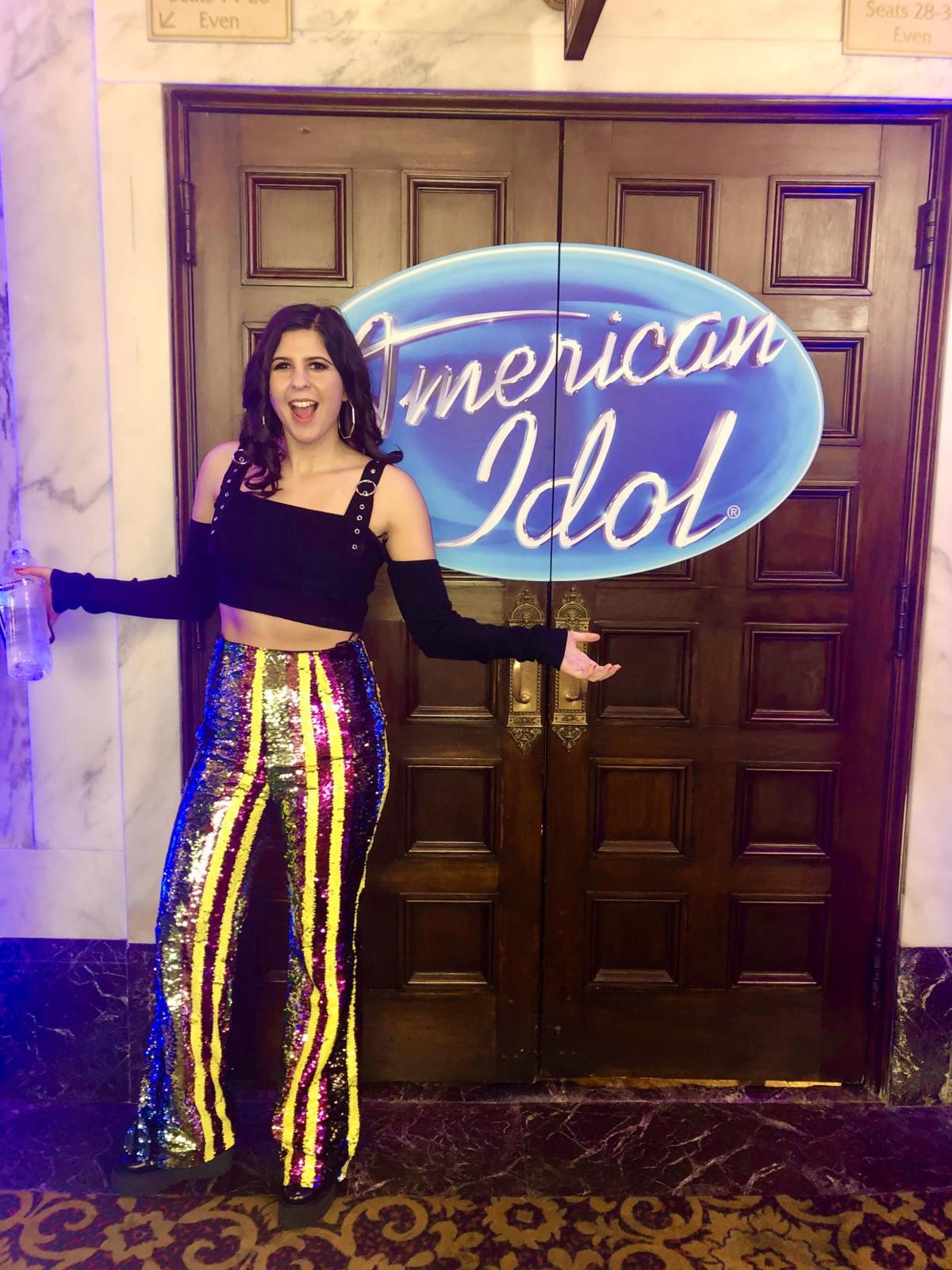 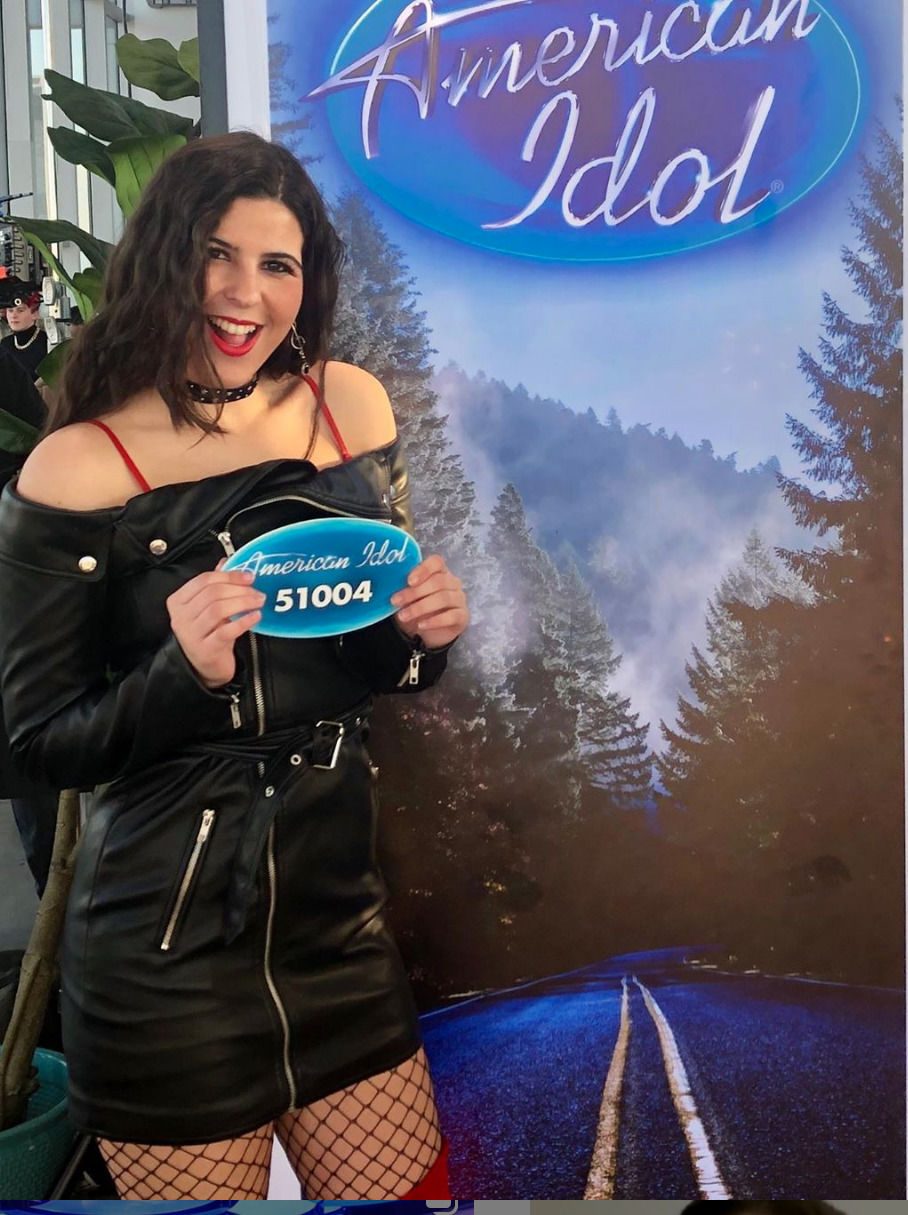 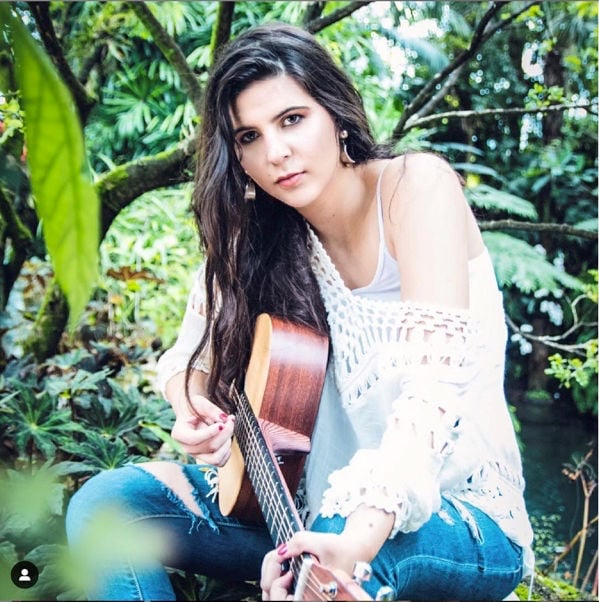 Key Biscayne resident Isa Peña is known locally for belting out tunes at the Island’s July 4th parade and at Winterfest. She has also performed the national anthem many times for the Miami Dolphins, Miami Heat and Miami Marlins. Now, the talented 19-year-old can add American Idol contestant to her resume when the 2020 season debuts on February 16.

Peña’s marathon began at 5:30 a.m. on a chilly morning last November. Peña and her mother, Barbara Peña, joined hundreds of other contestants in a blocks-long line. “It was cold outside,” Peña said. “We were all in our coats, waiting for our one shot. It was nerve wracking.”

Contenders, ages 15 to 28, warmed up their voices in line. “Everyone seemed very talented. There was a camaraderie in the group. We talked a lot about music.”

Just before her 1 p.m. audition, the raven-haired Peña retreated to a bathroom to run through vocal exercises and rehearse her song. Kind judges calmed her jangled nerves. She moved through two preliminary auditions to the final audition when she performed for singers Katy Perry, Lionel Richie and Luke Bryan.

“I was absolutely starstruck,” Peña said. “They looked like holograms. Katie Perry wore a sparkling outfit with flowers on her shirt and had perfectly curled hair. Her eyes were huge and very blue. It was like looking into someone’s soul. Lionel Richie has always been an icon to me. My mom loves his music. I was afraid to meet him. Luke Bryan talked to me the most. He was really funny, talking about his kids.”

Peña put her own twist on a well-known song (which she is prohibited from revealing in this article) and received constructive feedback from the famous judges. But she still had no idea if she had won a slot on the show. “I tried not to freak out. It was ominous and not totally clear which way they were going to go.”

The American Idol judges weighed the qualities that made Peña’s performance so compelling. She sang her song partly in Spanish while accompanying herself on piano. Unlike other jeans-clad contestants, she rocked a long-sleeved leather mini-dress, fishnet stockings and red high-heeled boots.

She was stunned and elated when the judges finally told her she was going to Hollywood.

“My mom ran up to me, gave me a hug and told me she was proud of me. Ryan Seacrest (the show host) was there and we talked to him a little.”

Peña may be the only American Idol contestant ever to take a red-eye flight from Los Angeles to Boston right after her audition in order to make a 9 a.m. writing class at Harvard University. Now in her second semester of college, she hopes to simultaneously earn a bachelor’s degree from Harvard and a master’s degree at the Berklee College of Music. She’s taking five classes at Harvard and three classes at Berklee.

“This semester is going to be a doozy,” said Peña, who also makes time to participate in the Harvard Opportunes, an a capella group, and the first-year social committee. Since moving to Boston, she has already sung the national anthem for the Red Sox and the Celtics.

A seasoned performer, she takes such opportunities in stride. Peña has been singing since she was 7. “I participated in the Broad Musical Theatre Program at Key Biscayne’s rec center. My first show was Peter Pan when I played a lost boy. I almost threw up and cried. I’ve come a long way,” she said.

She credits the community’s support of her singing and performing for boosting her confidence. Peña also gives credit to her musical family. Her mother, brother and two sisters all play the piano and are very supportive of her efforts.

“I’ve always been surrounded by music. My grandpa used to sing for kids’ radio in Cuba. I love Latin music,” she said. “I definitely will always be singing. When I sing, whatever I’m worried about goes away. It’s just me and the music. I’m at peace.”

Season 18 of American Idol will premiere on Sunday, February 16, 2020, at 8/7c on ABC. The first several episodes of the show will feature auditions from hopeful singers, some of whom will receive a ticket to Hollywood.

Payton says quarterback is not a "must" in upcoming NFL Draft

Should we still wear masks outside? See Gupta's answer