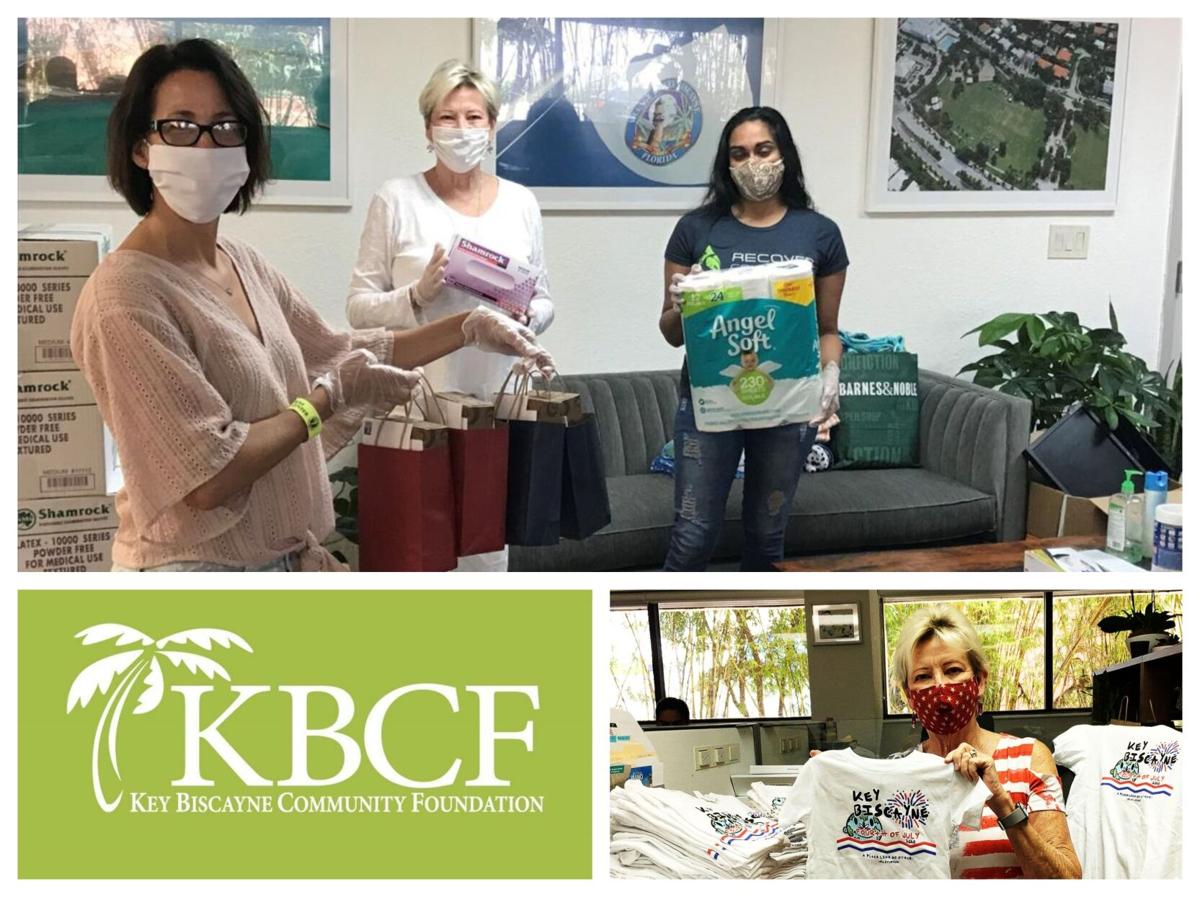 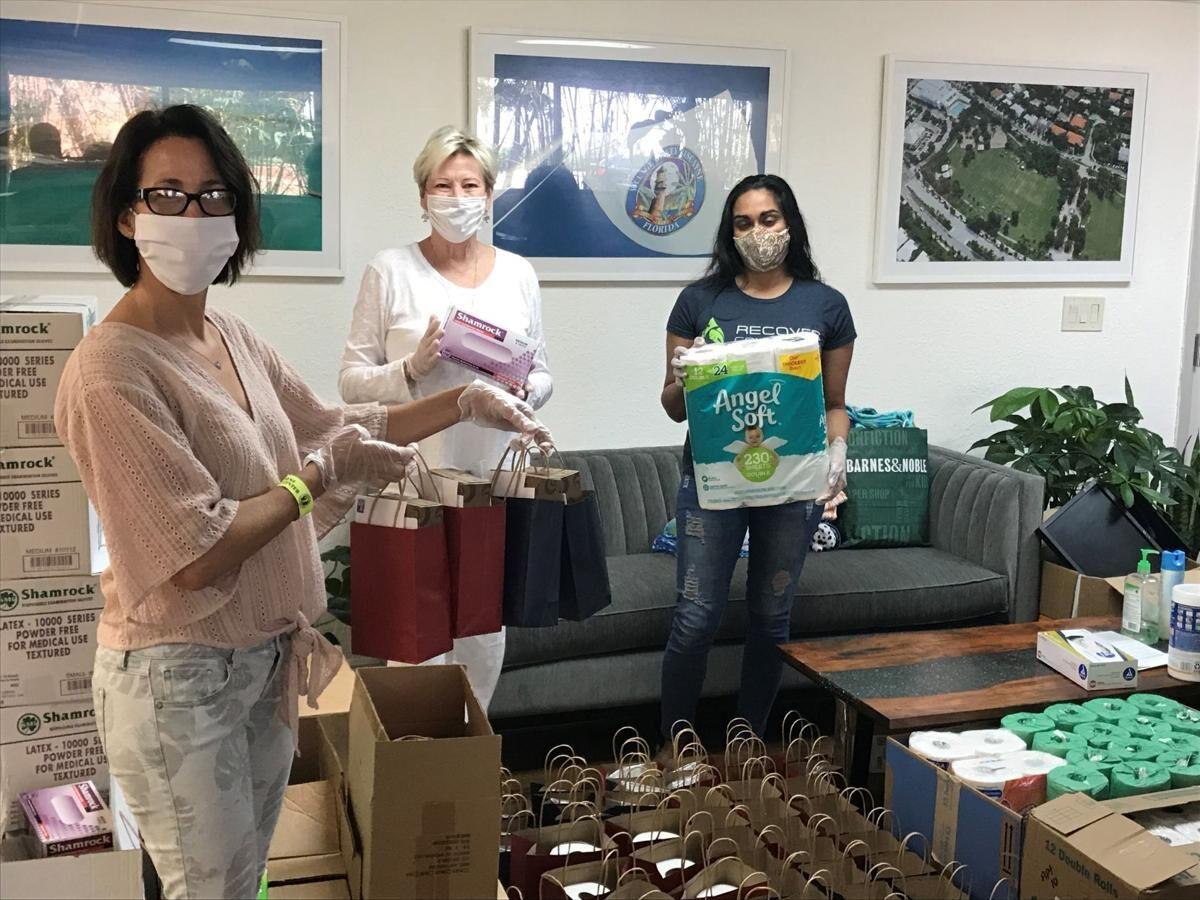 When COVID-19 hit and everything shut down back in March, the Key Biscayne Community Foundation stepped up and out, reaching senior citizens afraid to leave their homes. And five months later, the KBCF team continues to be a force-of-help to island residents.

The foundation started the Seniors in Need program, and called 850 seniors in Key Biscayne to determine who would want to be a part of it – 106 said yes, and they were paired with a volunteer who would pick up groceries for them, among complete other errands.

“The foundation set up an account with Winn Dixie so the volunteers could go and get the groceries and bill us,” said Jane Morris with the foundation, adding the first two grocery shopping trips were at the expense of the foundation. “We would later charge the seniors. Volunteers delivered over 450 grocery deliveries to seniors. We got a really good response to that.”

There was such a huge response on the volunteer side, 100 more people signed up than were needed, said Rumya Sundaram, citizen science coordinator with the foundation, who also coordinated the volunteers in the Seniors in Need program.

“Unfortunately, we had to turn away those under 18 years old,” she said. “It’s unfortunate because we would love to have the kids involved in volunteering. Once we started getting our list of seniors and their information, I would call the volunteers to see if they could start, and check their availability. Some worked from home and couldn’t (buy groceries) until the evening, and some would order groceries and have them delivered to the seniors.

“We tried to match them up as best as possible. I had so many people come back and tell me how they talked to their senior every day and they became really good friends, and that they plan to have coffee once they can. We gave the volunteers a health check, and checked in with them every couple of weeks, making sure they were in good health. It was a very involved program, but it worked really well.”

The foundation also started the Soup for Seniors program. Gloriosa de la Cruz made the soups – turkey noodle, split pea with ham, Tuscan bean, squash – in her home kitchen and served up to 900 soups to about 100 seniors who participated in the program.

The soup program has since ended, Morris said, adding that “We paid for the ingredients.”

The foundation also gave out over 600 masks that were either made or donated. Some were purchased, but the majority were made by the sewing group, ASK (Active Seniors on the Key), said Morris. They have also delivered 20,000 gloves to residents and essential workers, along with almost 300 bottles of hand sanitizers.

And the Foundation’s impact is not limited to the island. In partnership with Wellness in the Schools, World Central Kitchen, The Genuine Hospitality Group, Miami Dade College-Carrie Meek Campus, Himan Brown Charitable Trust, Chief Press Foundation, and Repair the World, KBCF has helped delivered over 21,000 meals to families to needy families in Liberty City.

While the foundation was busy distributing masks, owners of Queen’s Flowers donated hundreds of flowers.

“We just distributed them to all of the seniors about three to four weeks into the pandemic, because that was when people were having the most trouble adjusting,” said Sundaram. “The second time we distributed them for Mother’s Day, along with bracelets made by Key Biscayne resident Judy Koslen.

“Occasionally, some of the seniors would just call our office to talk with Jane because they were lonely,” Sundaram continued. “Jane was an absolute rock star when it came to talking to and relating to the seniors. Basically, aside from the normal operations of our programs, we did our best to help brighten everyone's day and keep them in a positive state of mind.”

And for the past month, the foundation has partnered with the village and BioCollections Worldwide, Inc., to create a portal to facilitate the COVID-19 testing process, according to the website, kbcovidtesting.org.

For about a month, testing has been administered at St. Agnes Church, at 100 Harbor Drive, with over 2000 people tested, said the foundation’s Carolyn Cruz.

Key Biscayne Community Foundation can be reached at (305) 361-2770. To donate to the Foundation’s efforts, click here.

Could Packers' Aaron Jones return after missing just one game with knee injury?