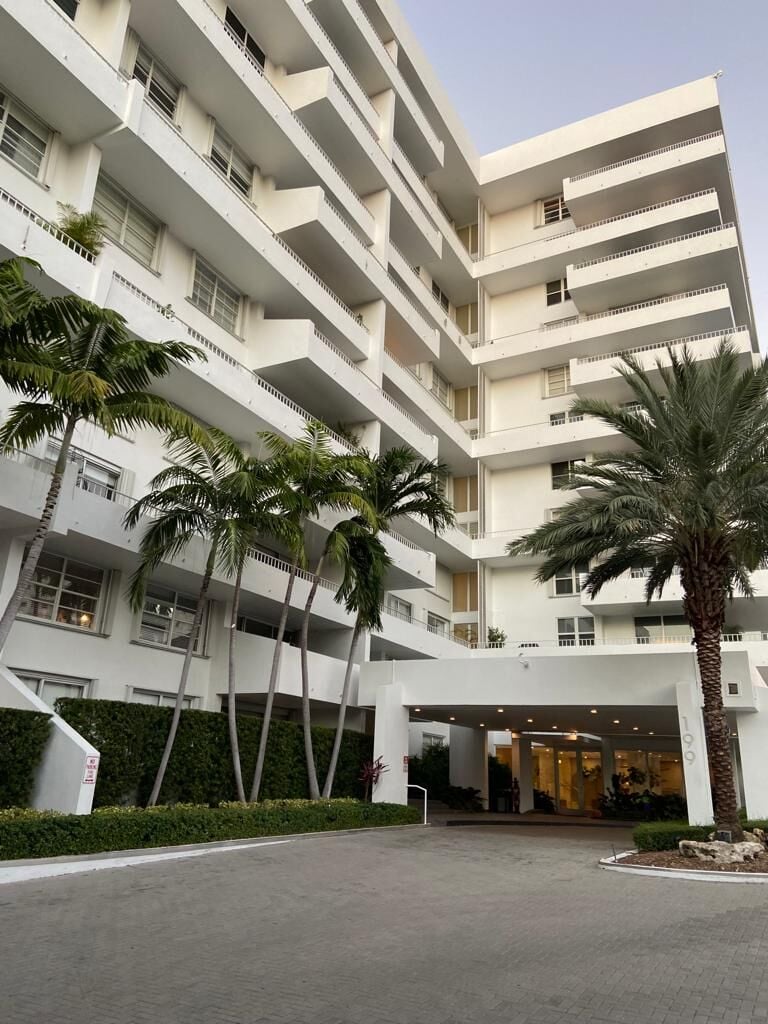 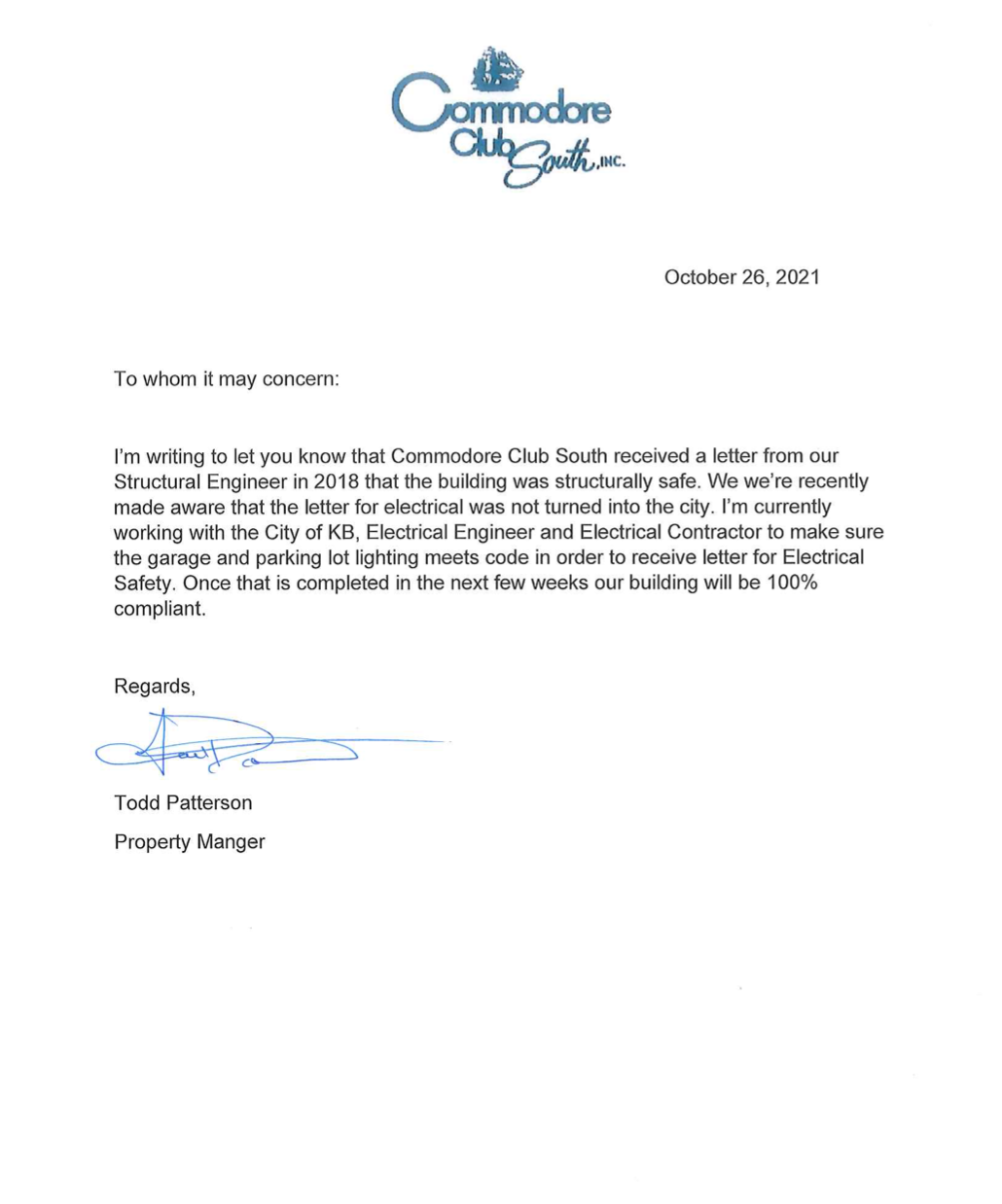 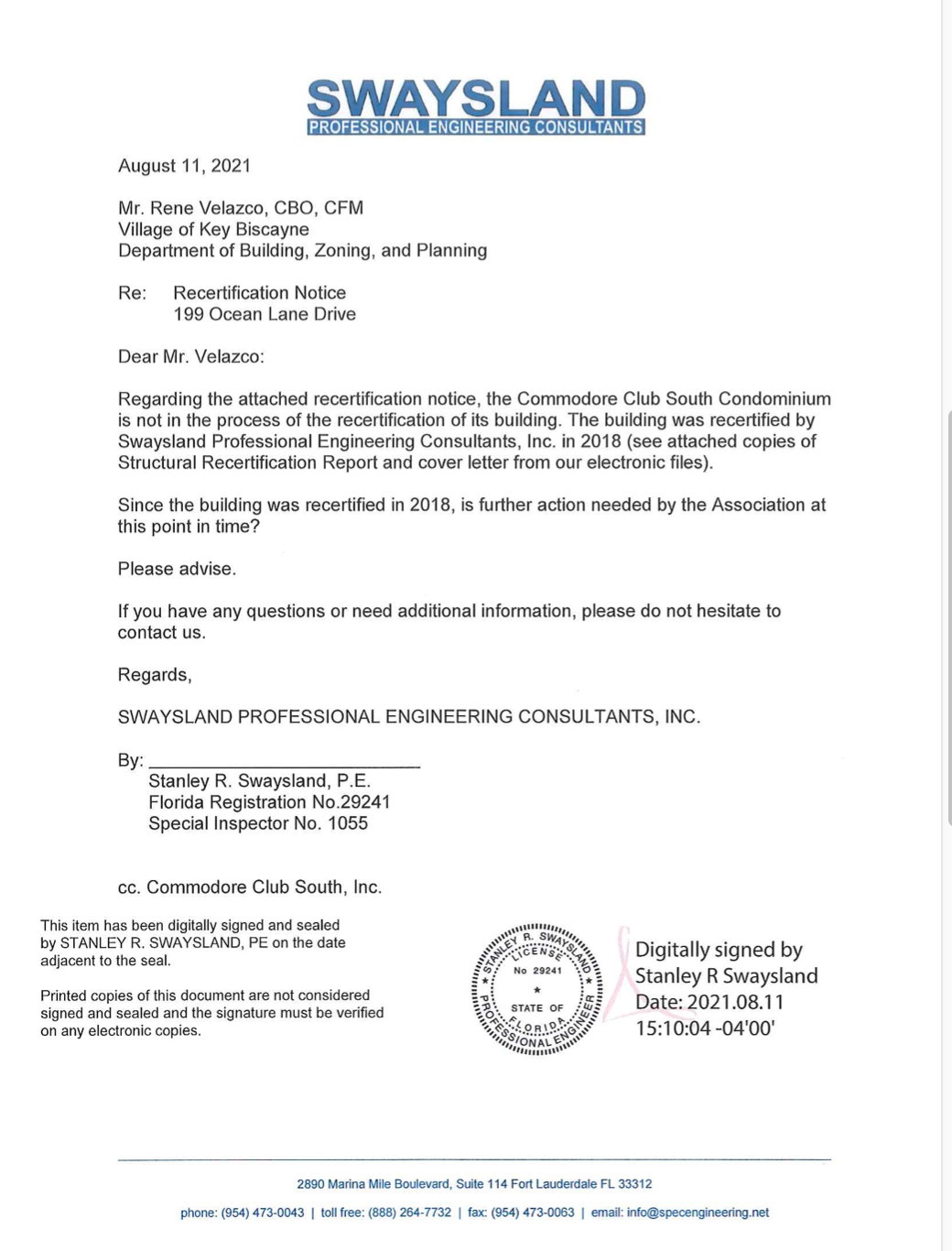 Technicalities, a lack of communication or even proper record-keeping can sometimes hinder a building recertification process, landing property owners or its management teams on delinquent lists.

Take, for example, the case regarding the Key Biscayne Ambassador Condominiums.

Property manager Jackie Gonzalez, who came on board in 2020 working for the national company FirstService Residential, believed she had fully complied with all the details necessary for her 91-unit structure’s 40-year Miami-Dade County-mandated recertification.

Village of Key Biscayne Building Official Rene Velazco had received all the necessary paperwork from an engineer’s report in January of 2019, and Gonzalez said she made sure an additional letter was sent Aug. 24 of this year from the engineer “certifying that our building is safe for occupancy for electrical and structural compliance,” she said.

Thinking her building cleared those major hurdles, she and many worried residents were stunned Tuesday when they saw their structure on a list of 13 provided by the Village to the Islander News as not yet being in compliance for three or more years.

“I have a receipt (they received that letter) but never heard anything, so I’m thinking I’m good,” Gonzalez said. “Then I received this certified letter Friday (the Village warned property owners or management teams they would be fined $500 on Nov. 15 if there was no update on their situations, a starting point for building closures).

The problem, Velazco said, traces back to 2016. He went into the Village files and noticed that there was no permit pulled by the Ambassador’s then-property management team or the electrical work done that year. That raised a red flag, for legal reasons, if nothing else.

“I have the letter from the engineer saying everything is safe electrically and structurally, but in 2016 some electrical items were supposed to be fixed, but there is no record of permits being pulled (within the Village),” Velazco said.

Fortunately, he said Tuesday afternoon, “There is nothing really complex here. I’ll talk to an electrical engineer, and my hope is to issue her the letter (Wednesday) that it would be certified.”

Velazco will meet with the management company and the homeowners association at the Ambassador to discuss the permit situation. “Our inspector has the right to go in and inspect what they claim to have done,” Velazco said. “The legal thing, the right thing ... would have been to pull permits.”

In the meantime, Commodore Club South Property Manager Todd Patterson was caught in a similar dilemma Tuesday over a technicality dating back three years. He issued a letter “To whom it may concern,” saying:

“I’m writing to let you know that Commodore Club South received a letter from our Structural Engineer in 2018 that the building was structurally safe. We were recently made aware that the letter for electrical was not turned in to the city."

“I’m currently working with the City of KB, Electrical Engineer and Electrical Contractor to make sure the garage and parking lot lighting meets code in order to receive (the) letter for Electrical Safety. Once that is completed in the next few weeks our building will be 100% compliant,” Patterson's letter concluded.

How to Sustain Generosity Beyond the Holidays

Saints get both good and bad news on Monday's injury report

Is it Taysom Time for the Saints? If he's healthy, he could be New Orleans' best bet