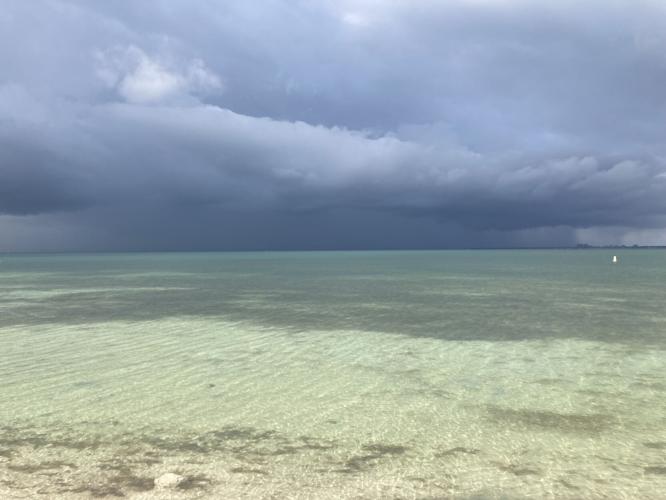 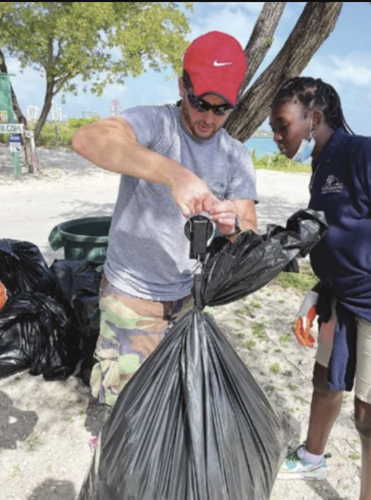 The report came out ahead of Cava's trip to the United Nations in New York to discuss climate change.

Ideas to protect the Bay have been pitched by the Biscayne Bay Task Force and environmentalist groups. One of the projects was the recent Baynanza Beach Clean-up in which volunteers collected over 500 pounds of debris from coastline water.

“Our economy and quality of life here in Miami-Dade depend on the health of our beloved bay,” Cava said. “Protecting our clean water is a key priority for my administration.

“I’m proud of the great work of our community during (Baynanza), and I’m looking forward to joining the global conversation about how to adapt and protect our natural environment from the threats of climate change before the United Nations."

The Report concluded that six of the bay’s 12 regions showed improvement, while the others did not deteriorate further.

The county has adopted policies from the Biscayne Bay Task Force and its Chief Bay Officer, Irela Bague, including the adoption of a strong fertilizer ordinance that restricts excessive use by homes and businesses; kicking off the Connect 2 Protect septic tank-to-sewer program; creating a permanent Advisory board; and piloting stormwater innovation projects.

Bague said the massive fish kill two years ago and deaths of large swaths of seagrass meadows became the catalyst for renewed attention on the health of Biscayne Bay.

The task force was formed late last year to develop a plan for Cava and county commissioners to adopt that would resolve the pollution issue and enhance the water quality for Biscayne Bay.

“That tragedy centered the importance of water quality for residents and businesses across the county,” Bague said. “Aging water infrastructure, as well as nutrient pollution flowing from our streets into our stormwater systems and canals, have contributed to the decline of the watershed.”

Being a coastline community, Miami-Dade County is on the frontlines of the climate crisis.

Cava attended several United Nations events last week to discuss strategies the county is using to combat sea levels rise. She said the county will share best practices with representatives from around the world.

Continuing efforts to preserve the health of Biscayne Bay has piqued the interest of environmentalists, such as Key Biscayne’s Andrew Otazo, who regularly volunteers to clean-up Key Biscayne's Crandon Park.

“These environments, the mangroves, the seagrass beds, they’re a part of me,” he said. “I grew up in Miami, and … it’s something I have a compulsion to do. I can’t help myself. It brings me peace to do it.”

Otazo said he has collected over 16,350 pounds of trash and debris since he started his crusade four years ago.

Aran owns Watershed Action Lab, a non-profit organization that recruits citizen scientists to help bring health back to their watershed.

“Biscayne Bay is a big mountain to climb,” he said.

For Self-Measured BP, Smartphone App No Better Than Standard Device

Multifaceted Approach Urged for Promoting Helmet Use for Children