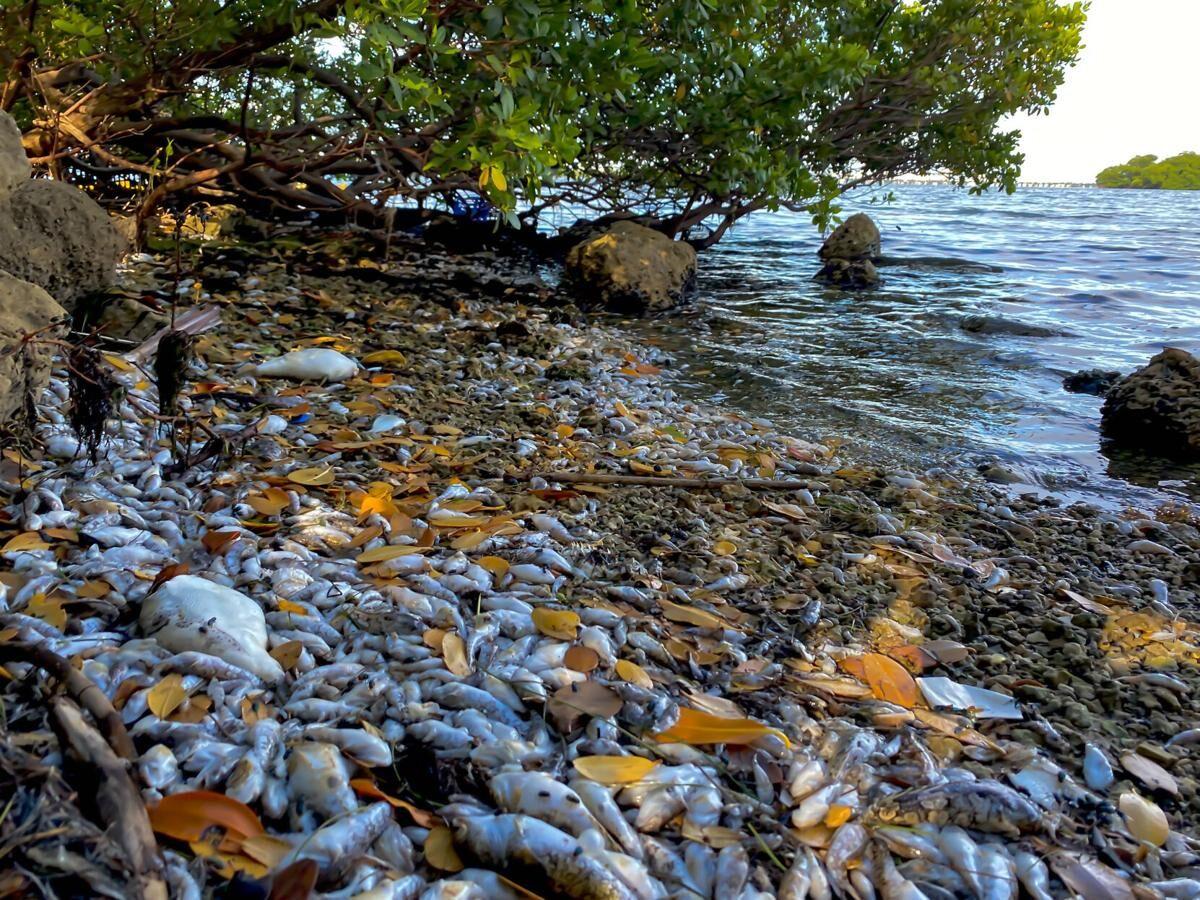 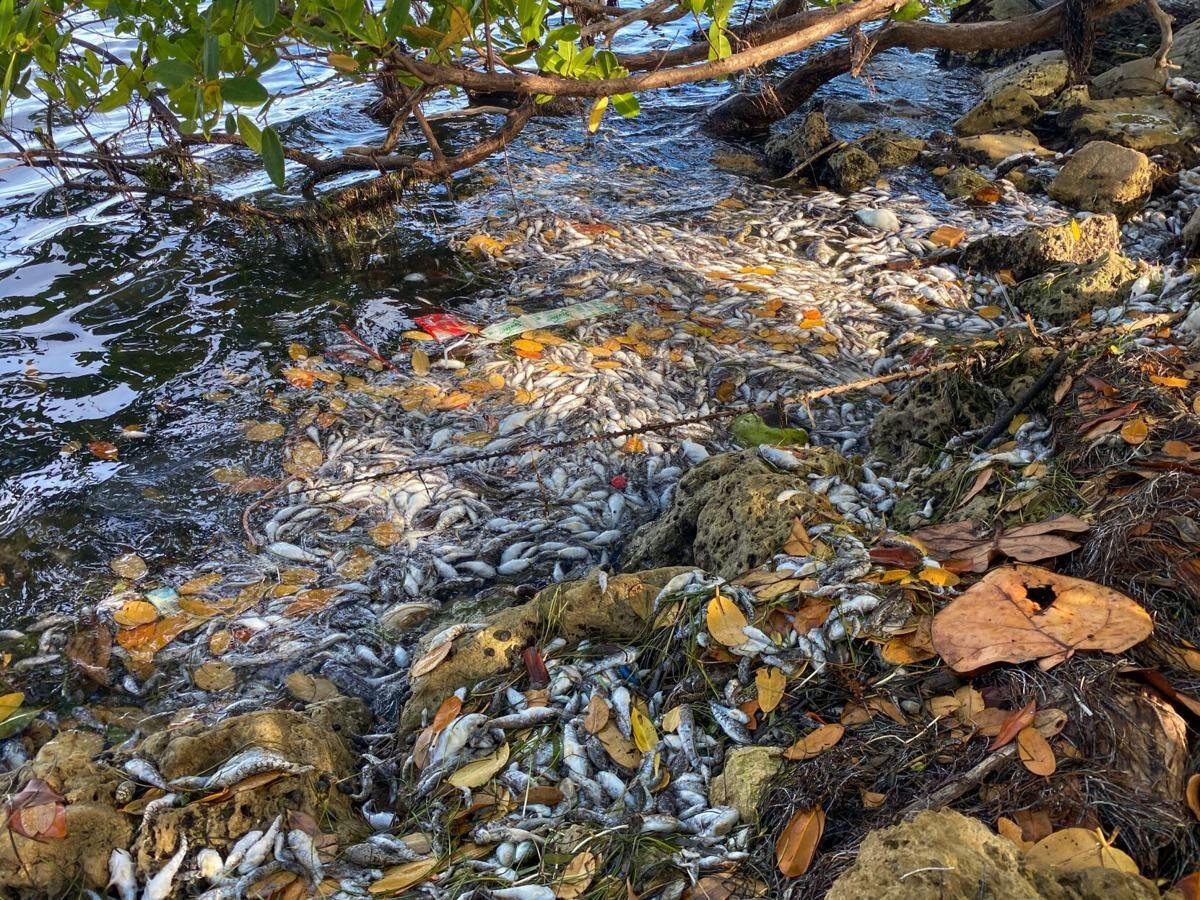 First of a two-part series on our waters

“The fish kill might be over but these pollution sources are not yet fixed and summer is coming and with it the likelihood we could have another fish kill,” said Rachel Silverstein, Ph.D., Executive Director of nonprofit Miami Waterkeeper in their 3rd annual State of the Water address in early March.

“We could be facing a yearly fish kill as a reality in Miami if we don’t take swift action now.”

Silverstein made it clear it will take years of proactive elected officials, government funding and expanded community support to fix the four main sources of pollution into Biscayne Bay that last August depleted the bay of oxygen, suffocating thousands of marine life.

The problem is nutrient pollution, particularly the influx of nitrogen and phosphorus that “over fertilize” the microscopic algae already present in the water. Bacteria and excess algae use up oxygen marine life needs to survive. Decomposing fish increases the nutrients and bacteria in the water, which can lead to algae blooms, which can result in dieoff of seagrass—a major source of oxygen for the water.

Biscayne Bay has already lost 80% of its seagrass in the past five years, said Silverstein -- rendering “the ecosystem extremely vulnerable to low dissolved oxygen events when there’s a lot of pollution present, like in this area.”

Conditions are made even more dire during summer months when the water warms and naturally holds less oxygen.

However, Silverstein remains hopeful. “The good news in all of this though is we know exactly what is causing the nutrient pollution and we know how to fix it.”

The over 100,000 septic tanks in Miami-Dade county that pose a threat of fecal contamination to a water table that is rising with the sea level;

Sewage leaks and spills from cracked and “antique” sewage infrastructure that is “over 50 years old”;

And, stormwater that doesn’t fully absorb into the ground but rather overflows into canals and the bay and “carries with it chemicals, grease, pet waste and debris.”

Curtailing overuse of fertilizer has been the easiest issue to address because it does not require a long-term overhaul of infrastructure, just a change in behavior, said Silverstein. Over the last two years, Miami Waterkeeper has worked closely with Miami-Dade Mayor Daniella Levine Cava on a fertilizer ordinance, which is now under the auspices of Commissioner Eileen Higgens.

“The basic tenets (of the ordinance) include not fertilizing near a water way, staying about 15-20 feet away from a storm drain or water,” as well as not fertilizing during the summer months of June through September, said Silverstein. “When it rains, (the fertilizer) almost immediately washes away into the storm drain or into a canal before the plants can even use it. So you might not be helping your landscaping and you might be inadvertently contributing to pollution issues.”

The ordinance has passed in Key Biscayne.

Aggressive steps to fight the problem

Mayor Cava has taken other steps to address the issue. “I announced a $20 million joint investment with the state of Florida to fund projects to protect and restore Biscayne Bay,” she said.

Cava has also appointed Irela Bagué to a newly created “Chief Bay Officer” position, outlined a sea level rise strategy, and released a 111-page septic to sewer Plan of Action Report to “address conversion projects in the most vulnerable areas.”

Converting Miami-Dade’s septic tanks to a sewer system is estimated to cost over $4 billion, according according to the Plan of Action Report. But Silverstein said the money doesn’t all have to be available immediately.

Many vest their hopes in infrastructural change outlined by the Comprehensive Everglades Restoration Plan, or CERP.

A component of CERP is The Biscayne Bay Coastal Wetlands (BBCW) Phase I Project, which according to the U.S. Army Corps of Engineers’ website “will restore wetland and estuarine habitats, and divert an average of 59 percent of the annual coastal structure discharge into freshwater and saltwater wetlands instead of direct discharges to Biscayne Bay and Biscayne National Park.”

“They will spread the water through coastal mangroves, which will have a nearshore salinity benefit (dispersed inflow vs. point-source canal),” he said. “Mangroves will take advantage of the additional nutrients.”

The canals’ discharges have added to the vulnerability of North Biscayne Bay, said Davis. “Our geology isn’t favorable for that technology.”

Before the area was developed, South Florida was one massive interconnected, porous water system. Freshwater moved overland through a clean Lake Okeechobee and into the Everglades, squeezed through the Miami rock ridge, and bubbled up and into neighboring Biscayne Bay -- rendering Biscayne Bay “much more like an estuary than it is today,” said Davis.

Biscayne Bay was cut off from this natural flow when a flood control system was introduced to allow for development.

Canals were installed throughout the Miami rock ridge, disrupting the porous movement of groundwater and driving “canal stormwater discharge” and “nutrient and organic matter loading” into the bay, said Davis.

“We now have an urbanized landscape; and we have outdated infrastructure and septic systems increasingly compromised because of sea level rise,” he said.

Having Chief Bay Officer Irela Bagué will increase the likelihood of seeing positive action, Davis added. “Not only is she a great champion for the bay, but it keeps the county focused on that issue.”

“As a small nonprofit we rely on support from the community to protect our bay,” Silverstein said. “Together we can keep Miami sparkling.”

“The item has passed...,” Venetian Causeway out of Rickenbacker privatization RFP

Jim Polzin: Joe Barry isn't worried after his rotten debut as Packers defensive coordinator, but should we be?

The Origins of Covid-19: Searching for the source

With Za’Darius Smith shut down, Packers look to Preston Smith, Rashan Gary to step up

Why FDA advisers did not recommend booster shots for everyone