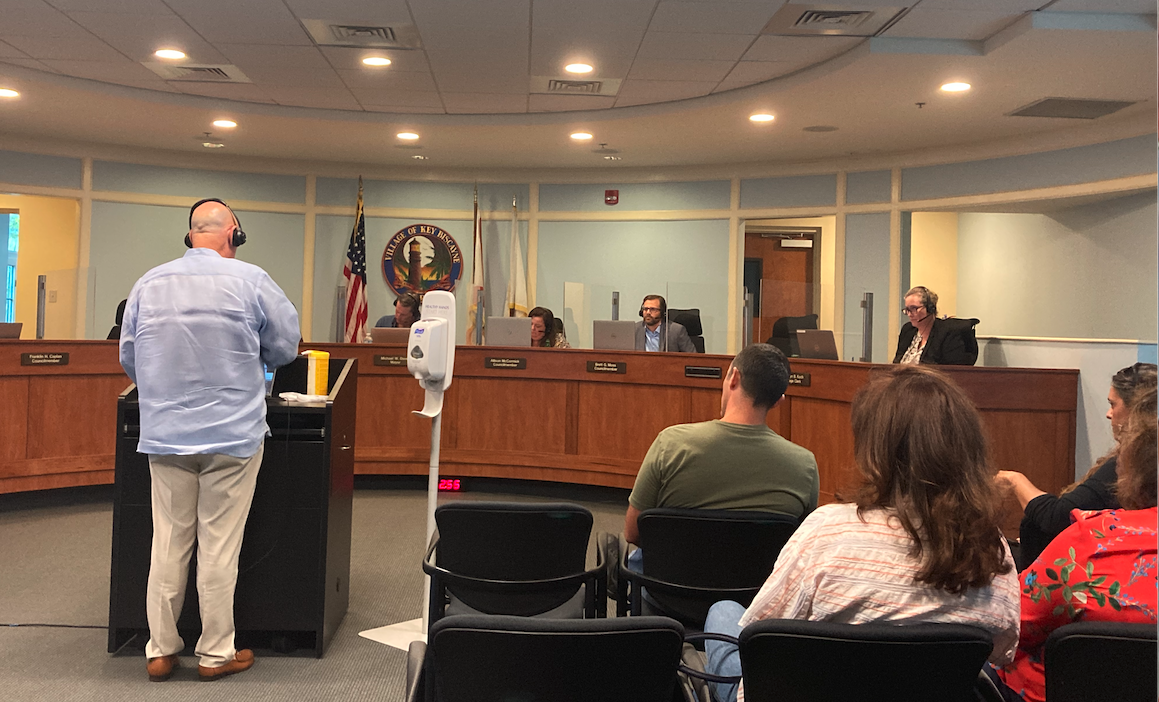 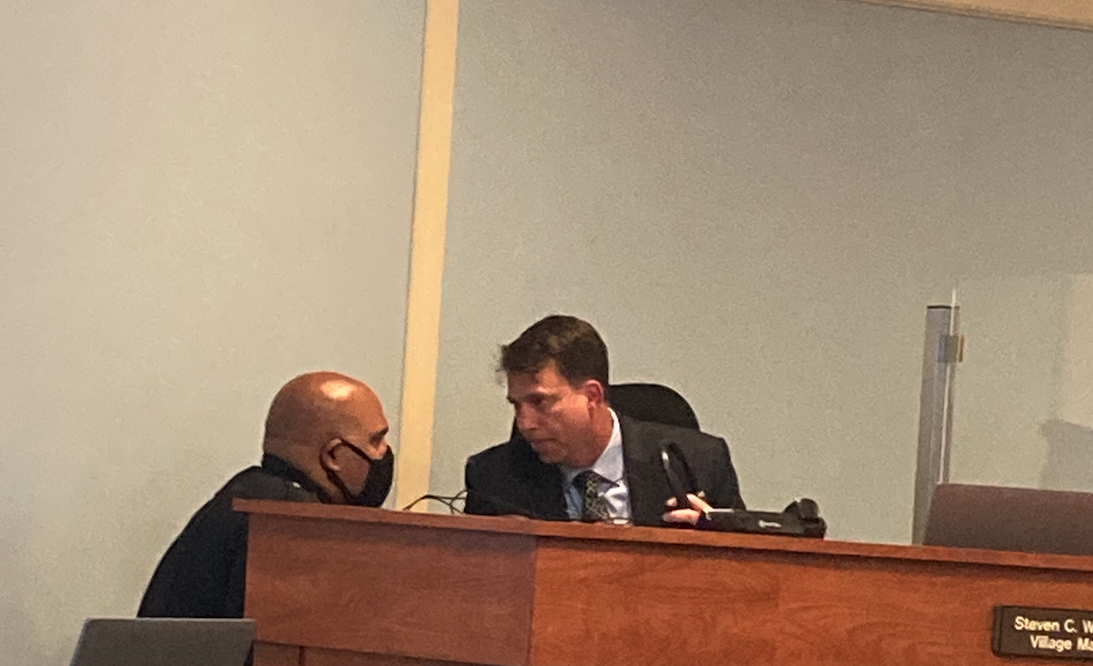 Judging from Tuesday night’s Village Council meeting, there never seems to be a shortage of new ideas in Key Biscayne.

For instance, Village officials presented a potential new approach to the Rickenbacker Causeway improvements proposal that sits on the County Commission’s table; there’s a new name (after several rounds of voting, anyway) for a new park about to be built; and, a new Village website will make its debut Aug. 2 with plenty of bells and whistles, and even alert bars.

Rickenbacker Causeway. Village Manager Steve Williamson will be meeting Friday with Miami-Dade County officials to get a better insight on what’s at stake in a Request for Proposal (RFP) that will go out to bidders for improvements to the Rickenbacker and Venetian causeways. An unsolicited plan already reportedly includes a new Bear Cut Bridge, safety for cyclists and pedestrians, and, in turn, improved traffic flow.

Mayor Mike Davey encouraged Key Biscayne residents to sign up for a Wednesday, Aug. 4 virtual public meeting from 6:30-8 p.m.. To speak during the webinar, or submit questions, you must register in advance. Click here.

“It’s critical for the County Commission to hear from us,” Davey said Tuesday, emphasizing the point that it's not all about recreational traffic, but vehicular traffic as well. “This is about how to handle future traffic loads. ... I encourage you all to make your voices heard.”

He said he’s learned that there are at least two more bidding competitors that could challenge the “Plan Z Consortium” proposal that county officials already vetted before giving it RFP status.

But Council member Ignacio Segurola presented an idea that may resonate with island residents.

“First of all, I appreciate what the manager has done,” Segurola said. “But it seems like we’re begging for scraps ... we need to be at the head of the table.

“To my understanding,” Segurola continued, “if we reach out to a bidder and create a partnership, and form what is called an intra-governmental partnership (or transfer), we could jump the queue (and get ahead of Plan Z).”

That would put Key Biscayne at the helm whenever a causeway issue arises.

Williamson said he’s already been approached by one potential bidder.

He told the Village Council that Miami-Dade County commissioners, Mayor Daniela Levine Cava and officials from the Parks, Recreation and Open Spaces (PROS) Department, have also been very welcoming. “I’m appreciative of the way the county has brought us in, and we will meet with the Plan Z people,” Williamson said.

Since this new idea might be a fine line to cross, however, Williamson suggested a separate council meeting to plan their next move before the county’s RFP deadline of Aug. 15.

Council member Frank Caplan was wary of the county’s plans and the RFP, especially since it’s so secret. “I’m inclined to go with other strategies, simultaneously,” he said. “I don’t trust this.”

During Tuesday’s public comments portion of the Council meeting, Fausto Gomez, president of the Key Biscayne Condominium Presidents’ Council, said Key Biscayne residents — like others — have been kept in the dark about this entire plan, and he also is wary.

Council member Luis Lauredo warned of getting trapped in by lobbyists in case they do look elsewhere for partners.

“We will have 30 days (to get this done), otherwise that ship has sailed and we’ll get what’s rammed down our throats,” Segurola said.

Mayor Davey said, “We want whatever is done provides complete and total access to our homes. ... Now is our time.”

In other news from Tuesday’s Council meeting:

- Park has a name: The new park that will be built at 530 Crandon Blvd. now has a name, although it took awhile. There were 163 submissions from the public for possible names, according to Jessica Drouet, the Village’s Communications Officer. But they hardly swayed Council members.

Caplan said it was wonderful that the community engaged in the process, but he was “a little cold” when it came to the 15 finalists.

Segurola wanted to let residents try again, but Lauredo insisted on deciding on a name.

Allison McCormick, who envisioned something like Civic Center Park, the 15th name on the list, said Island Paradise (No. 3 on the list) would be OK, and then went with Brett Moss’ idea to leave “Island” off, preferring the alliteration of Paradise Park.

With that, voting started: Sunrise (failed), Paradise (failed), Civic Center (failed), Sunrise again (failed), a motion to go back to the drawing board (failed). Finally, a second vote on Paradise Park passed 5-2 with Vice Mayor Ed London and Segurola casting “no” votes.

The name will be formally introduced at the groundbreaking ceremony.

- KBFC follow up: Monday’s announcement that the Key Biscayne Community Foundation would be breaking ties with the Village when its current contract expires in October was heartfelt by most Council members.

“I’m tremendously disappointed to lose them,” Mayor Davey said. “I’ve been on the Council 11 years now, and since Melissa White took over, she has done astronomical things. The loss of the partnership will increase the burden (of our government). This is no small thing.”

Segurola didn’t disagree with the good things the Foundation has done, but he noted that “Now we have $125,000 (in the coffers), which is a ton of money. I have full faith we can do as good.”

Said Moss: “They are a huge value ... I think we hit a new low in this community.”

“I see this as a major blow for efficiency and running a government,” McCormick said.

London “completely” disagreed with Segurola, saying he did not understand the cost of employees. “You’ve made a big mistake. Our 125 (thousand) became 250 ... let’s see if we can get them back.”

- New Police Chief search update: The search for a new Village Police Chief is well underway. Williamson said he’s been reviewing 15 candidates and expects as many as 35 to be in line before the August 8 closing of submissions. “My goal is to have a new police chief in September.”

- Village website: An update on the new Village website, which is proposed to go live on August 2 (keybiscayne.fl.gov), was presented by Drouet, who showed the new site will have an alert bar across the top and another area in the lower right when warranted.

She called it a “much more visual way” to find information and there’s even an option to translate.

Access to public records — financial and building and zoning — on the site are the first priorities, but Lauredo asked if all of the Village's public records could be included. This, he said, would “bring harmony to the community and alleviate work on the clerk’s part.” Williamson will find out if the server can hold that much information and at what cost and manpower hours.

- Sargassum costs: Chief Resiliency Officer Dr. Roland Samimy said all the sargassum, or seaweed, that has needed to be hauled away has put the city into a $445,000 deficit from “what we budgeted.” In June, 93 truckloads were used, and by the end of July he expected it to be 105 trucks. August and September each might be 100 trucks.

He also noted that the composting program with Virginia Key “seems to be amenable,” and the city is now in the feasibility study with the U.S. Army Corps of Engineers’ Shoreline and Protections and Stabilization program for “tentatively selective projects.” Samimy said projects such as large beach nourishment and a seawall embedded into the dune line as sort of a last line of defense are among possible considerations.

- Masks and Covid: There are no restrictions on masking, despite COVID cases skyrocketing across Florida and the country. There was a big spike in testing on July 7 and on a couple of other days, “so we’re tracking that with the Fire Department,” Williamson said. Linking the testing spike to actual cases will be a key.

Nevertheless, Mayor Davey strongly encouraged wearing masks in close settings when possible, to prevent kids under 12, who cannot yet be vaccinated, from contamination.

- Building recertifications: A new spreadsheet will go up on the Village website showing which buildings fall into the county’s 40-year recertification guidelines, and which ones have not been in full compliance. Out of 126 structures that fall into those guidelines, 42 are fully compliant, 29 have the improvements underway, 16 are within three years overdue, and 7 are over three years overdue. “Those are the ones Rene (Building Official ReneVelazco) and I will be looking at closely,” said Williamson, who said each of those property owners have responded. He also said Velazco and his staff have been reaching out to the community to see if they need help with recertification rules.

“Thank you for your work,” McCormick said. “I think it’s important that we’re on it. I know people are really scared.”

- Kitesurfing: Samimy will meet again Friday with the Key Biscayne Watersports Association to discuss further plans for safety off the beach. He’s also been working with the FWC and the US Army Corps of Engineers on how to properly mark off the vessel exclusion zone. The new kiteboarding channel has been established for ingress and egress, and kitesurfing registration fees have been reduced, already drawing in 10 enthusiasts.

- Community Center: Resident Nina Wallin showed Council members 372 signatures she has collected from island families wanting the center to be open during regular hours for everyone, not just the “40 campers,” that have taken precedence this summer. McCormick asked Recreation Director Todd Hofferberth to prioritize opening Sundays, when they are able to hire the next staffer, so families can take their kids.

- Cuban support: Mayor Davey said, “it is important for us to make a statement to support the Cuban people and push the government (to help them). It’s so important with the great Cuban community we have.” A resolution urging the US government to “Provide Support To The Cuban People” was unanimously passed. The document will be sent to government officials.

The new Village of Key Biscayne Council meeting is set for Tuesday, August 24, 2021.

Art Basel returns, and with it Miami becomes the art capital of the world

Fauci: Omicron variant almost invariably will spread all over