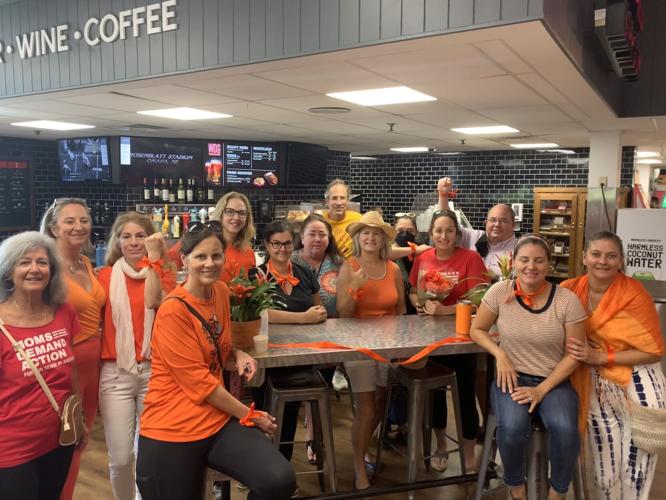 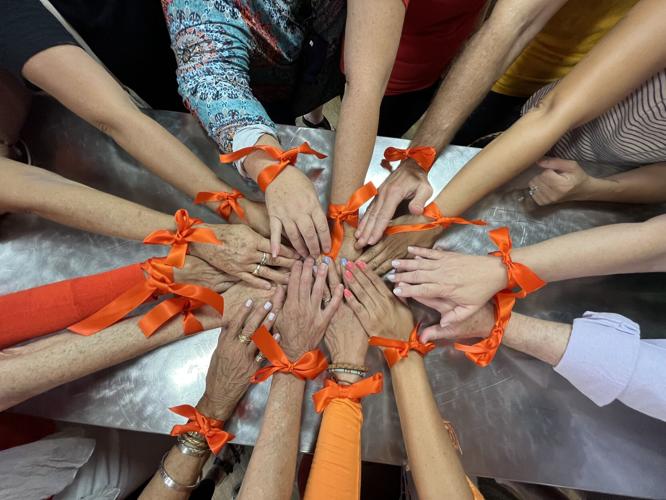 Key Biscayne Dems Club members gathered for coffee on the last day of the #wearorange campaign to end gun violence (June 3-5). A few shoppers joined the photo in support.

The club is committed to supporting candidates who advocate for common sense gun law reform – such as a ban on assault weapons, enhanced background checks, a national gun registry, the firearms retailer code of conduct which requires gun dealers to curb the diversion of firearms into the illegal market, incentivizing safe storage for firearms in the home, allowing for the temporary removal of guns from people in crisis, and so many other bills that have been drafted and died on the floor of Congress.