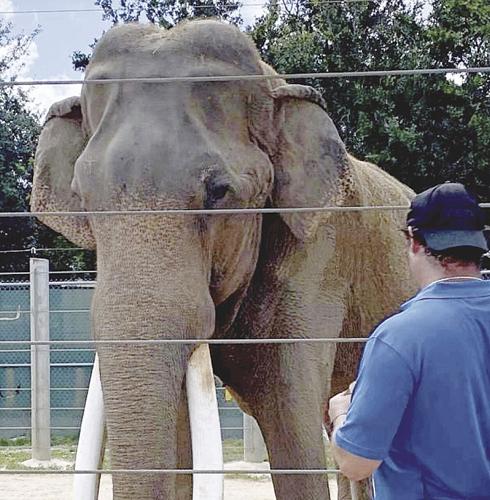 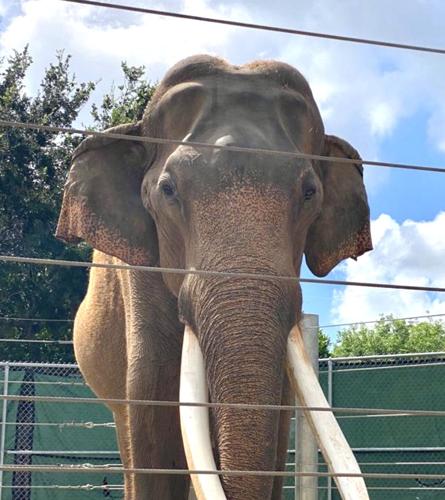 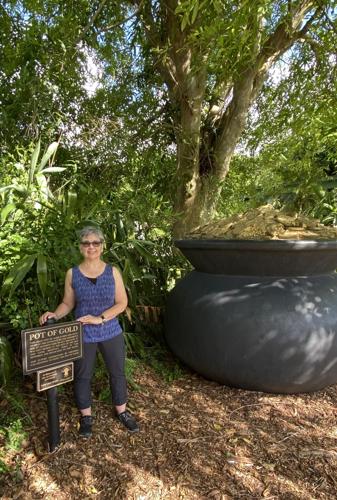 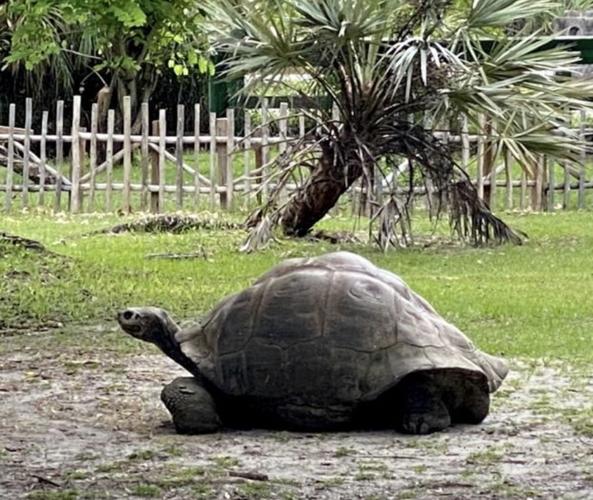 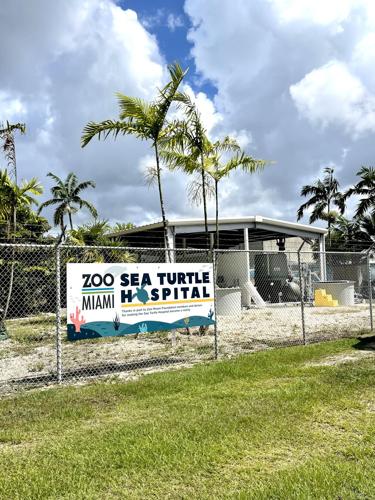 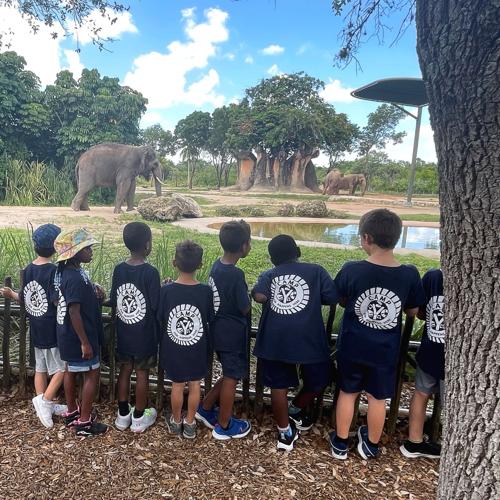 Most who lived on the Key in the 1960s and 70s remember hearing a very distinctive, deep rumbling sound in the late afternoons: the roar of Mushi, the male lion at Crandon Park Zoo. The old zoo has been closed for more than 40 years now, and the pathways and cages transformed into the Quiet Gardens — a beautiful place to stroll or ride a bicycle.

When the county decided to close the zoo and relocate the animals to a more spacious and safer locale further inland from the Atlantic, they selected a 750-acre parcel in South Dade. Zoo Miami — which some still think of as “the new zoo” — has hit its stride. With its status as an arboretum, spacious enclosures for the animals, and protected Pine Rocklands habitat, there is much to like.

But nostalgia also beckons, and on a recent tour of the new zoo we were delighted to find a few remnants of the old Crandon zoo.

Our tour guide, Amanda Bolanos, is the enthusiastic Director of Development for the Zoo Miami Foundation. She invited us to hop aboard a golf cart thoughtfully stocked with ice-cold water in eco-friendly aluminum bottles (it was a warm day).

Our first stop was the Galapagos Tortoise enclosure, where we found Goliath, a 525-pounder, and his four female companions. Some of them used to delight visitors at the entrance to Crandon and now do the same at Zoo Miami. Goliath was hatched in the wild and is believed to be 132 years old. When our golf cart pulled up, Goliath stretched out his long neck to greet us. Perhaps he was peering at us in wonderment, as if trying to recognize old friends. It was nice to see them.

Amanda then took us to see the giant pot of gold that used to greet visitors at the entrance to the old children’s zoo, across the rainbow bridge. The sculpture remained at Crandon many years after the zoo closed and was recently restored and re-installed at Zoo Miami, where it shines on.

The highlight of the day had to be our visit with Dalip, the Asian elephant who arrived at Crandon in 1968 from his birthplace at a zoo in Kerala, India. Dalip has the distinction of being the oldest bull Asian elephant in the United States, and his keepers say he is a gentle giant. He regularly participates in mobility sessions — described as being akin to “yoga for elephants” — and we were invited to observe.

Standing just a few feet away from Dalip, it was hard not to marvel at the magnificent creature and ponder all the changes that have taken place in the world since he arrived at Crandon all those years ago. After the session, we watched him saunter across the yard, throw dust on his back, and then take a dip in his pond. It seems like a relaxing life.

Earlier this year, Zoo Miami opened a new Sea Turtle Hospital, which is equipped to provide veterinary care and recovery for up to 16 injured sea turtles, with the goal of releasing them back into the wild. We met the turtle hospital’s second patient, a female loggerhead dubbed Baymax, who had lost a front flipper due to a shark bite. After some recuperation time, she’ll be returned to the ocean as a “triad turtle.”

When Baymax arrived at the facility, she was pregnant, and the quick-thinking zoo staff supplied her with a sandbox where she promptly deposited 100 eggs. The staff carefully transported the eggs to Crandon beach and buried them in a simulated nest. It’s too early to know, but folks are optimistic that some hatchlings will emerge and make it out to sea, completing the circle of life from Crandon Park to Zoo Miami and back again. That would be a beautiful thing.

Clinical Guideline Issued for Use of COVID-19 Convalescent Plasma

Monkeypox May Get New Name to Curb Stigma