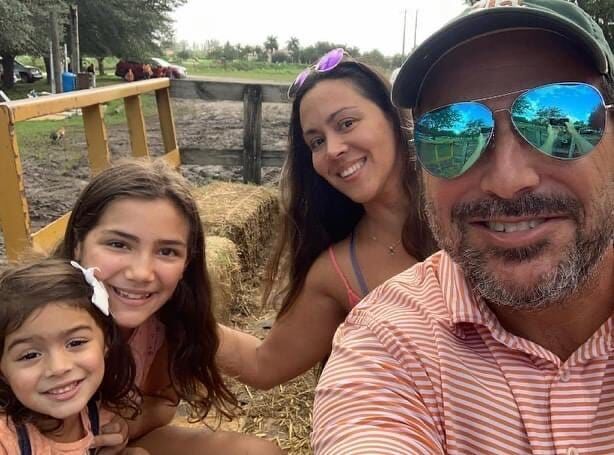 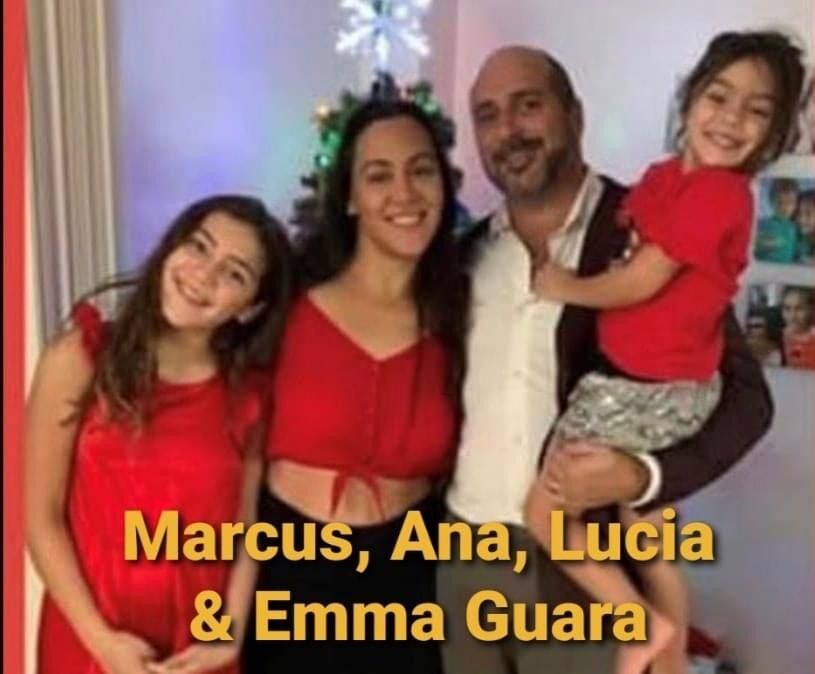 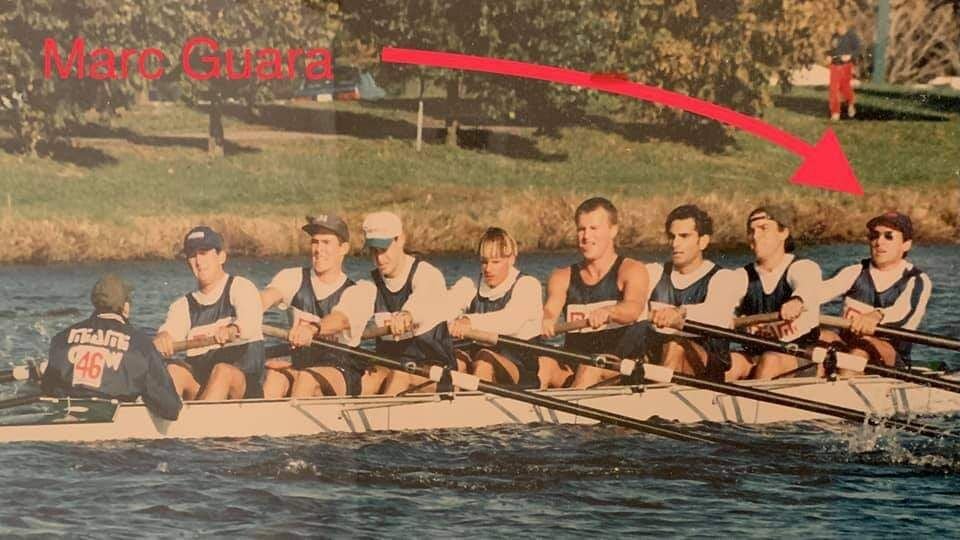 He was affectionately known as “El Guapo,” but good looks only partially defined Marcus Guara.

Key Biscayne residents and teammates from the nearby Miami Rowing Club and University of Miami crew teams fondly remembered their team captain, who died along with his family in the tragic condominium collapse in Surfside, 20 miles away.

“It all seems surreal,” said Key Biscayne resident Andres G. Mendoza, who attended the same school (Christopher Columbus High) as Guara and was his teammate at UM as the ‘80s morphed into the ‘90s.

Now, 30 years later, the memories are as vivid as ever.

“When you were with him, you were either hearing a great story or were part of his adventures,” Mendoza said. “His passion was rowing and crew, and he helped so many youngsters and masters.”

Guara, 52, was in the Class of ‘90 at Miami. He became very active in sports, enjoying swimming, surfing, hiking, running, scuba diving and, of course, rowing.

“Marc was one of the toughest guys I ever met,” said Diego R. Del Pino, a fellow rower and Guara’s roommate at UM. “I figured if there was even a small pocket (in that condo rubble), he was the kind of guy who was clawing his way out. But as time went on, it wasn’t looking good.”

Rescue teams pulled Guara’s body out two days after the 49-year-old Champlain Towers South building crumbled, Miami-Dade County police reported, and then just days later, discovered the bodies of his wife, Ana, and daughters Lucia, 10, and Emma, 4. They lived on the eighth floor (No. 802) in the 12-story building, reports said. As of Saturday, 24 people were confirmed dead and more than 100 still unaccounted for.

“I still can’t wrap my head around it,” said Del Pino, president of APS Security Systems in Miami. “I felt like a little brother to him. We always had a special bond.”

Del Pino, 50, will never forget the good times, especially when Guara helped their JV Eight crew at UM win a gold medal in the prestigious Head of the Chattahoochee race near Atlanta. The Hurricanes had only started their crew program in 1986 and quickly became a major force while practicing in the Miami Marine Stadium basin, off the Rickenbacker Causeway, where the yacht scene in “Caddyshack” was filmed (“You scratched my anchor!” was Rodney Dangerfield’s epic line to Ted Knight).

“I remember one day in college we were in a seat race, where the coach tried to determine which seat (in the scull) each rower will take,” Del Pino said. “All of the athletes know how important this is, so you want to go hard. Well, Marc was such a competitor, he actually broke the paddle, which is hard to do since it’s carbon fiber. But he just snapped it. The coach told him, ‘You worked so hard, you can take it home.’

“It was in his room all these years. But his dad (a former world champion jai-alai player in Spain and Cuba, nicknamed “Guarita”) died (in 2011) and his mom, who’s a very sweet lady, had to be placed in assisted living. The house was being sold and his place in Surfside was smaller. One day he calls me, and says, ‘Hey, Diego, hey, I’ve got something for you. The oar in my room is yours.’ I ran over to his parents’ house and I still have that as a treasured gift. I also still have the straw hat he gave me on my 21st birthday.

“He’s still a big part of the Key Biscayne community.”

Eddie Montalvo, 52, paralleled Guara’s career from high school to college rowing, so when he saw the video of the condo collapsing, “It stunned me. I feared the worst.”

“Imagine all we went through together in high school, college, early adulthood,” said Montalvo, now a Coral Gables resident. “That guy was always challenging you to do better, or just fun stuff. Every Thursday night, we’d sneak into the (UM) pool and jump from the 10-meter diving board. There were other times when it’d be, ‘I dare you to go talk to that good-looking girl.’

“But we really pushed each other. We ran our first marathon together, but the longest we had run before that was 8 miles. At Mile 23, I ‘hit the wall,’ as they say. I had blood blisters and everything. He passed me and I never saw him again.”

But they remained friends until the end, especially at Montalvo’s weekend barbecues.

“If there’s one consolation out of all this, I’m just privileged to have known him, and for that I’m very grateful,” Montalvo said. “And the only silver lining — the only one — is that him and his wife and family were together (again in heaven).”

Several people who wrote comments on the Miami Rowing Club Facebook page and the University of Miami tribute page recalled Guara’s infectious laugh and his competitive spirit, which Mendoza said “made training fun.”

“He was always smiling. Even in the photo (on national TV) showing his family, you can see that smile,” Mendoza said.

Fun times were many, including hanging out at Guara’s house on weekend nights and going out later to do “what young boys do,” Del Pino said, laughing.

On a diving trip to Key West, Del Pino recalled when he and Guara acted out a scene from James Bond’s “Thunderball” movie. “I’m choking him under water and he has a big knife out trying to cut my regulator ... I think he even shot the photo.”

Mendoza said he just texted with Guara two weeks ago.

“We were always talking about getting back together,” said Mendoza, who works in the bridge construction industry while Guara reportedly was a regional manager for a New York-based textile company. “Between work and travel, it’s been awhile. We all have kids and we let them do (all the athletic stuff) now. He’s going to be missed but he’s still a big part of our alumni.”

The Miami Rowing Club soon will name one of its boats in Guara’s honor with the label reading “Marc ‘El Guapo’ Guara,” Del Pino confirmed. It is a fitting tribute.

“I am saddened and heartbroken that his greatest adventure with his wife and young daughters was only just beginning,” Mendoza said. “I’m going to miss him.”

For a special In Memoriam tribute by MRK, click here.

Dak, 7 other Cowboys starters not heading to Canton

Cities with the Hottest Rental Markets in 2021