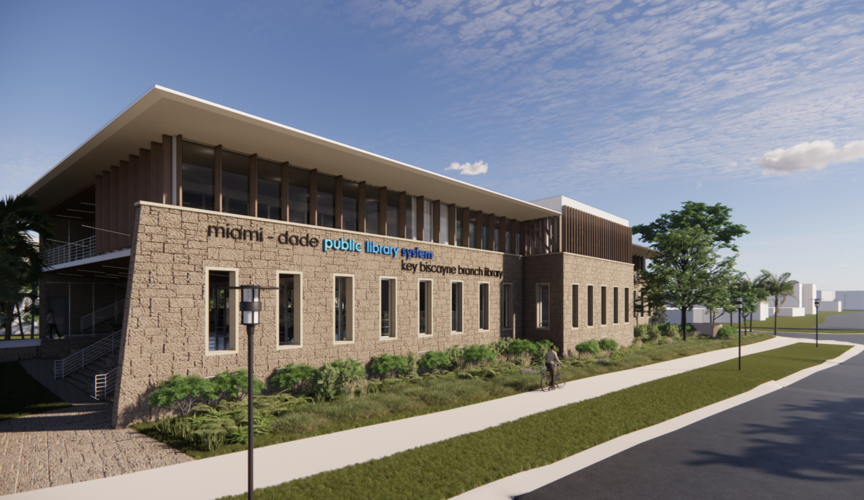 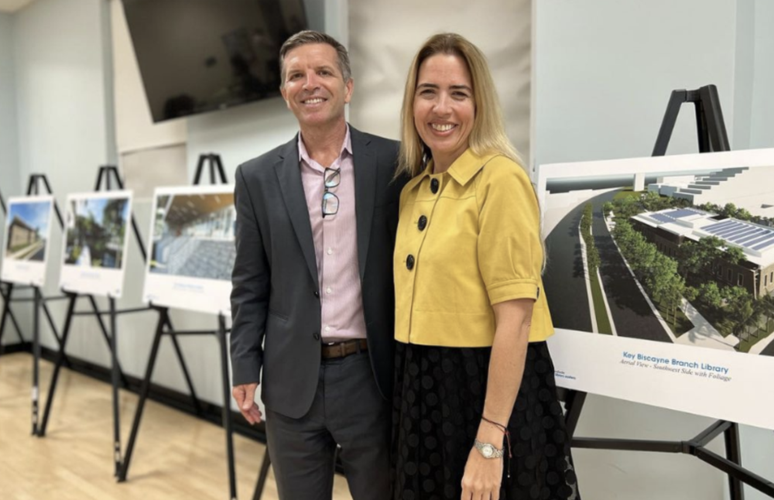 The new library on Key Biscayne received the official go-ahead during Tuesday night's Village Council meeting when three resolutions were passed by 6-0 votes.

A variance calling for 26 parking spaces, six golf cart spaces and an equal number of bicycle slots -- instead of the required 219 parking spaces -- was likely the biggest concern among those who gathered to see how that vote would proceed.

Former Council member Katie Petros, a staunch supporter of a new library, delivered a message to Council via her son, Andrew, as to why "yes" votes would be imperative.

And the “yes” votes all followed: waiving a 5-foot rear setback; and approval of the site plan, although Vice Mayor Brett Moss, an architect, proposed some tweaks to the facade and making sure the entry point was clearly marked.

The two-story library will consist of 19,353 square feet.

But in the case of the library, where there are desks and bookshelves, an adjustment can be made, he said. "Alternatives would be to remove the lake or going underground or above the structure," Baker said, and those are out of the question.

Council member Allison McCormick asked if EV chargers would be available in the parking lot, and Baker said the ratio would likely be two or three spots, but will work with the Village to see if more chargers could be laid out.

Councilman Luis Lauredo said this could be the start of a nice partnership between the Village and Miami-Dade County, and wanted to make sure residents would not forget the determined work by Commissioner Raquel Regalado to get this project rolling.

For a complete and updated renderings, inside and outside, of the new Key Biscayne Public Branch Library, click here.

Cheryl is 'torn' over the idea of having more children