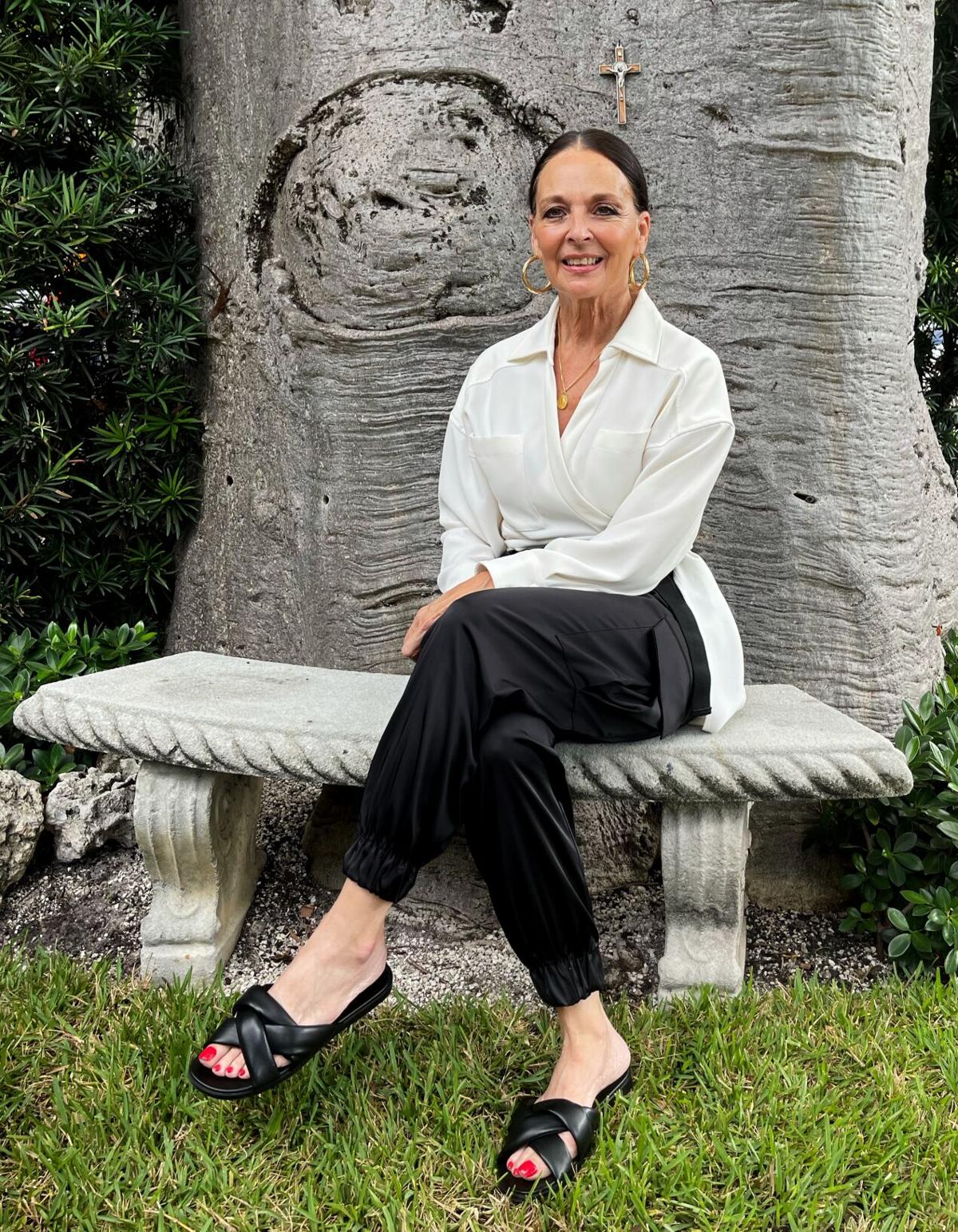 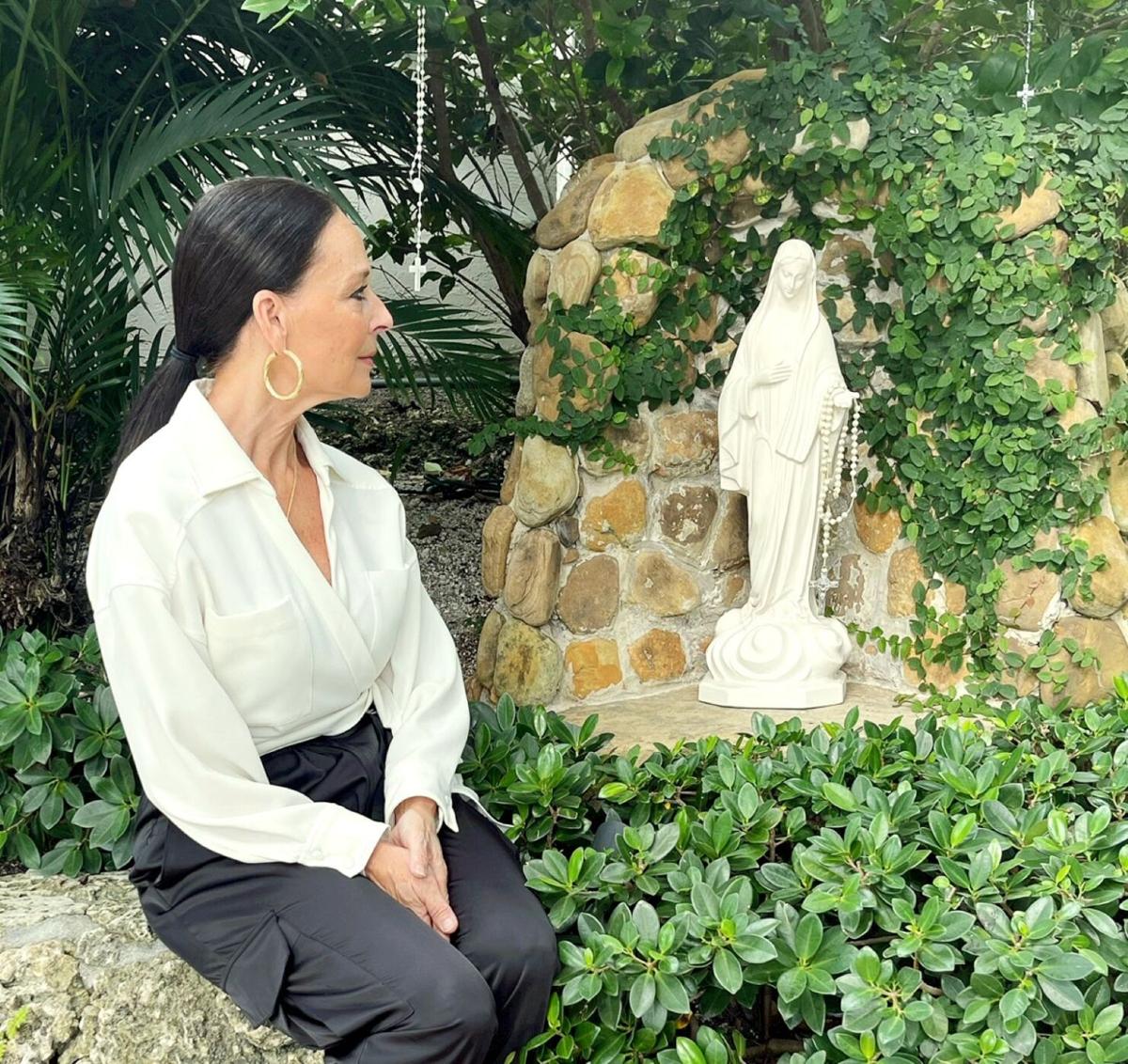 A huge Baobab tree estimated to be 100 years old grows in front of Ana Arellano’s townhouse on Fernwood Road, where generations of Key Biscayners have admired it. Many residents view the tree as a local treasure.

“When we moved in almost 25 years ago, we knew the tree was gorgeous but we had no idea what kind of tree it was,” recounts Arellano. “It has this amazing thick bark, like the skin of an elephant.”

At the time, Arellano and her husband, Mario, were too busy raising their two teenagers, Mario Alberto and Andres, and preschooler Daniella to worry about tree taxonomy. It wasn’t until much later that Arellano learned that the magnificent tree on her property is a Baobab—a species of tree sometimes considered “the Tree of Life.”

About six months after Arellano and her family bought the townhouse, tragedy struck. While at the gym, Mario collapsed and died suddenly from a congenital heart defect. In grief, Arellano and the children moved out and stayed away for six months. “There were just too many memories, hopes and dreams in that house to live there at that time,” she recalls.

Eventually, Arellano decided to face her fears and move back.

During that first week back in the house, a friend invited Arellano to a prayer group meeting. “Almost immediately, I felt a sense of strength and comfort. My emotional pain was still there but it seemed less significant. I realized that others were dealing with the same or even more devastating circumstances.”

When the friend went on vacation, the prayer group needed a new place to meet, and Arellano offered to open her home. Twenty-two years later, she is still hosting the weekly meeting.

“The first years were crazy, with dozens of people showing up at 10 a.m. on Wednesday mornings for the sessions,” she explains. Other people stopped by at all hours of the day and night.

Perhaps they were drawn by the tree? “Many people come by to touch the tree or to sit near it. I don’t try to understand, I just know it provides comfort.”

Prayer group member Tammy Alvarez says, “I have been with the prayer group since the beginning and have seen Ana give so much to so many who are suffering. She has paved the way to faith for many. The Tree of Life is such a powerful metaphor for what she does.”

Baobab trees are native to Africa, where they can grow as large as 30 feet in diameter. They are distinct among trees because their hollow trunks retain water. It is reported that some Baobab trees in Africa are tapped and plugged to dispense water (the way kegs in other parts of the world are tapped to dispense beer). Even elephants have been known to stand on their hind legs to quench their thirst from water reservoirs within Baobab trees.

Baobab trees have other life-giving properties as well. Some might even say their properties are mystical. The bark of the Baobab tree has a unique ability to grow back after injury without scarring. The trees’ large white flowers open at night but their beauty is fleeting, as the trees bloom but once a year. Some healers say the flowers have medicinal properties.

So how did a Baobab tree land on Key Biscayne? It is believed that horticulturist and world traveler Dr. David Fairchild brought Baobab seeds to South Florida when he returned from Africa in the 1920s. Today’s visitors to Fairchild Tropical Gardens can still see the Baobab trees he planted.

Though we can’t know for sure, Key pioneer William Matheson may have acquired some Baobab seeds from Dr. Fairchild and planted one here.

However Arellano’s Baobab tree got here, she feels a close connection to it. A few years ago, a man appeared at her door and offered to purchase the tree for a hefty sum. “At first I didn’t understand what he was talking about. But when I realized he wanted to take the tree I told him absolutely not.” The man returned a second time, offering even more, but Arellano remained adamant. “The Tree of Life means so much to the community,” she explains. “It provides an oasis of peace.”