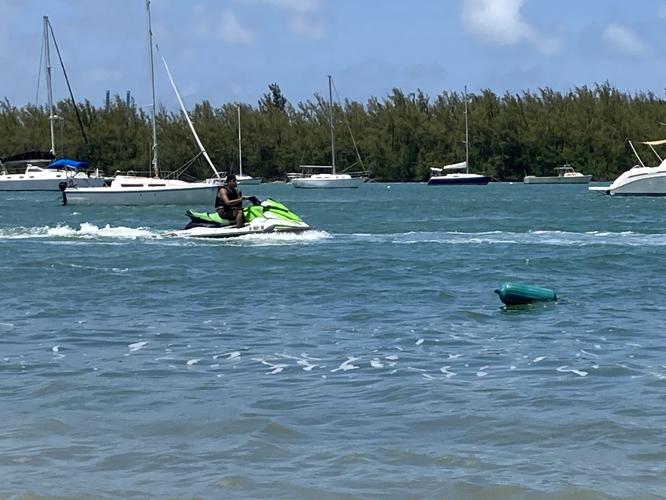 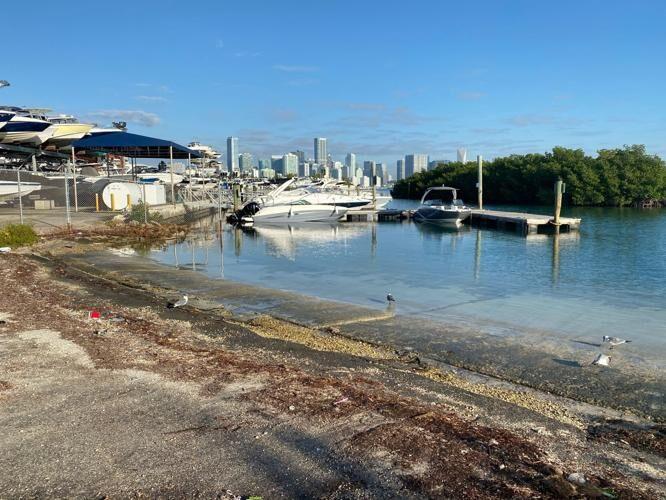 Boats near the Miami Marine Stadium.

Christine Rupp recalled the day last year when she and her husband visited Miami Marine Stadium on a warm Sunday.

And, just imagine. That was without a public boat launch site in the immediate area.

Now, the City of Miami is proceeding with efforts to build a boat ramp, docks and boat trailer parking area just west of the historic stadium, despite objections and concerns of the city-appointed Virginia Key Advisory Board.

That's where Rupp, Executive Director of the Dade Heritage Trust, has stepped in to file an appeal to the City Commission to stop the construction of the public boat ramp, which was recently approved by the Planning, Zoning and Appeals Board in the incorrect order of processing, according to those opposed.

"We feel that if it's worth the time, the effort and the expense ... anything that impacts negatively (historic sites), we feel we can take on," said Rupp, who has been with the Trust since late 2015. "This is one which this organization and others have been working with the City for so long."

It's just one fraction of recent concerns for the preservation of Virginia Key, which she calls "historically, environmentally, culturally and architecturally significant" to the South Florida area.

As far as the stadium itself, "we've been constant advocates of the restoration of Miami Marine Stadium for 20 years and it's still standing!" said Rupp, a boater herself.

Several reasons have led to the decision to file an appeal regarding the boat ramp:

* "From a historic preservation perspective, we believe that, first and foremost, the site should be driven by the Marine Stadium and its restoration," she said. "In other words, you have to first set the stadium up for success; this (boat ramp) is like putting the cart before the horse."

* "Traffic," Rupp said. "When you think trailers coming over the bridge (from Miami), they have to take a left into the Marine Stadium parking lot. With a lot of cyclists and runners, safety issues, for sure, would be a big consideration."

* When the stadium is restored and functional, the City has said public boaters will not be allowed to park their trailers there when concerts, community events or sporting events are taking place. "How will the boaters know ahead of time they are not allowed before turning in there?" she asked.

* Rupp said the basin "already is overused and rules are not enforced. It's not a good situation," especially when several entities are involved to govern the area, although the City of Miami is the prime governmental body responsible for monitoring the basin.

* The Virginia Key Master Plan was approved more than a decade ago. "Nowhere in the Master Plan does it call for a boat ramp and ... we feel the City should adhere to that," she said.

Rupp said City commissioners and planners are going under the premise that the small "concrete slab" that was put in place when the stadium was built sets a precedent.

"It seems not in the right place (to build a new boat ramp and docks)," she said. "The City will argue there's always been a boat ramp there, and we counter there is just a piece of cement leading to the water that was used by very small boats when the Marine Stadium was constructed."

One boater, in fact, asked officials at a recent meeting that if that's the case, why can't he launch his boat from the existing "public" ramp?

Plans for a multi-million-dollar restoration of the famed stadium, where rock concerts, boxing matches and boat racing events once attracted audiences of all ages, and where part of the Elvis movie "Clambake" was filmed, are on hold while cost calculations are being estimated.

The Dade Heritage Trust has been in existence for 51 years and has fought to preserve areas such as where the Miami Circle is, and fund preservation projects such as the Cape Florida Lighthouse. The organization was unsuccessful, however, in its efforts to preserve the Miami Herald building overlooking Biscayne Bay.

This is the first time the Trust has appealed a decision by the City Board since Rupp took command, and she expects it won't be the last.

The Virginia Key Advisory Board, now led by former Key Biscayne Mayor Robert Vernon (now that Joe Rasco has left his seat to become the Village Mayor) and the Virginia Key Alliance, co-founded by Dr. Leah Kinnaird, Sunny McLean, Joyce Landry and Roger Bernstein, all have deeply invested roots in the historic site, as well.

A week ago, the Historic and Environmental Preservation Board (HEPB) sat down for a discussion and showed concern for safety in the basin, Dr. Kinnaird said. Their final decision would be critical.

Other topics that arose this past year:

* The City Commission decided to disband the former Board members and put themselves in charge of the Virginia Key Beach Park Trust, taking over responsibility from those who represent the community and the history of the beach park. The Virginia Key Advisory Board reportedly has a resolution in place to stop this action before the official appointments take place.

* A Black History museum, showing the influence Virginia Key had on Miami's growth, is supposed to be in the works.

* The Virginia Key Outdoor Center was shut down after its private owner was deemed to have been in arrears of payments to the City, which she has denied. Coincidentally or not, that action took place shortly after the owner spoke out and led a rally against a potential homeless encampment directed by city commissioners that could have been set up nearby.

"I've seen some sad things," said Dr. Kinnaird, a veteran member of a 20-person dragon boat rowing team for breast cancer survivors. "I see the lagoon being used by jet skis and motorboats in probably the most natural environment left in Miami-Dade County, where manatees come up to your paddleboard.

"It's a small piece of what's usually going on; they used to have the sunset tours and, sometimes, you'd see 200 people out there having picnics."

She called Virginia Key a natural "playground" that all of South Florida should enjoy, not just Miami residents.

Now, a boat ramp decision is back in the hands of the City Commission to either grant or deny the Dade Heritage Trust's appeal.

"We're certainly concerned," Rupp said. "After the Virginia Key Outdoor Center was (eliminated) and the Virginia Key Trust Board (replaced), is there a greater plan for us? After all, it is prime real estate."

Cheryl is 'torn' over the idea of having more children

Reese Witherspoon: Jennifer Coolidge deserves every bit of her success

Nikki Bella: My son threw up all the way through my wedding!