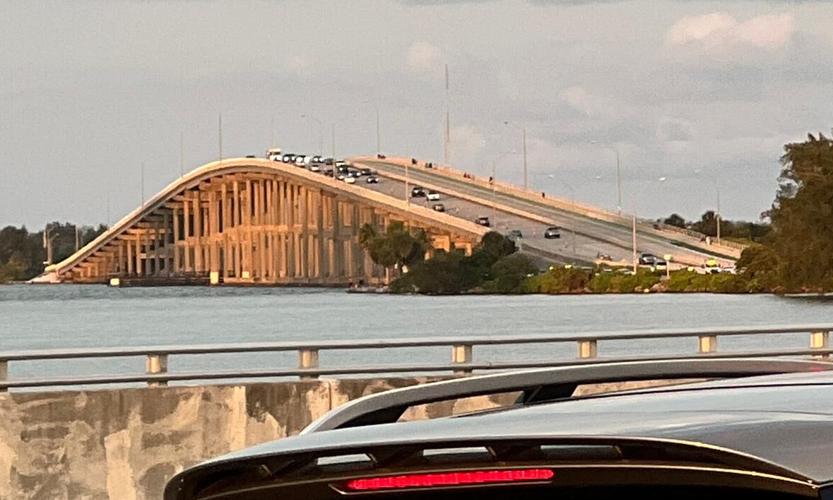 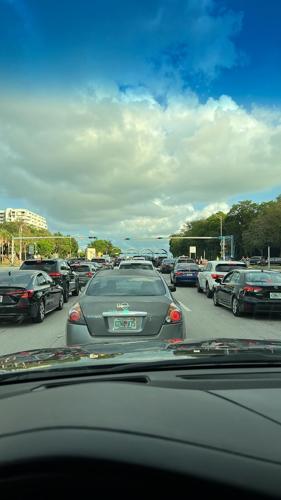 A Sunday afternoon accident on the William Powell Bridge has resulted in the death of two cyclists closed inbound and outbound traffic out of the key remained for hours.

Outbound lanes on the Rickenbacker Causeway were opened around 6 p.m. and arrangements were made for inbound lanes to be opened shortly thereafter.

Residents shared photos of outbound traffic out of Key Biscayne in a complete standstill.

The identities of the deceased are not known at this time, but WSVN 7 News is reporting a man and woman were deceased at the scene.

City of Miami police and fire rescue personnel are on the scene.

Key Biscayne Fire Department Deputy Fire Chief Marcos Osorio told the Islander News that the Key Biscayne Fire Rescue unit was not asked to assist, and from the preliminary reports he received, the bicyclists were struck by a Jeep Cherokee.

One person has been detained for questioning, according to Kenia Fallat, with the Miami Police Department’s Public Information Office.

Key Biscayne Village Manager Steve Williamson said the cyclists were heading inbound on the Causeway just before 5 p.m. when struck. Residents should avoid the Rickenbacker Causeway.

Miami attorney David Winker was leaving the island about 4:30 p.m. when he encountered a police car parked sideways on the causeway, just past the toll plaza, and he knew something serious was happening.

“I saw two bicycles on the ground and there’s a green bike lane. I’m thinking, damn, why are people still getting hit? We’ve got to do something,” Winker said. “It looked like the car was (merged) in the (bike) lane.”

Winker said traffic on the way out of the island was stop and go, for the most part, then “crazy slow” as people looked at the crash scene. He managed to get through before both lanes were blocked.

“That was the right thing to do,” he said. “Someone on social media had linked the police (band) and you could hear them calling for assistance. First responders had a hard time getting there, CSI, the ambulance … It was traffic Armageddon. I had to turn it off.”

Harry Emilio Gottlieb of Coconut Grove said one of his friends said the bicycles looked like two “mom and pop” type bikes, not the speedier racing bikes that often are seen on Sunday afternoons.

A video being distributed on the “@OnlyinDade” account showed the accident scene from the perspective of a passing driver. The bodies of the two cyclists are seen covered on the road. It appears to be near where the road splits from the highway to an offramp roadway going under the bridge.

The Florida Highway Patrol is not part of the investigation and neither is the Key Biscayne Police Department.

Islander News will update the story as details become available.

Paramore 'can't believe' they are still a band

Hannibal Lecter just posted on TikTok! The senior celebrities who can't get enough of social media...