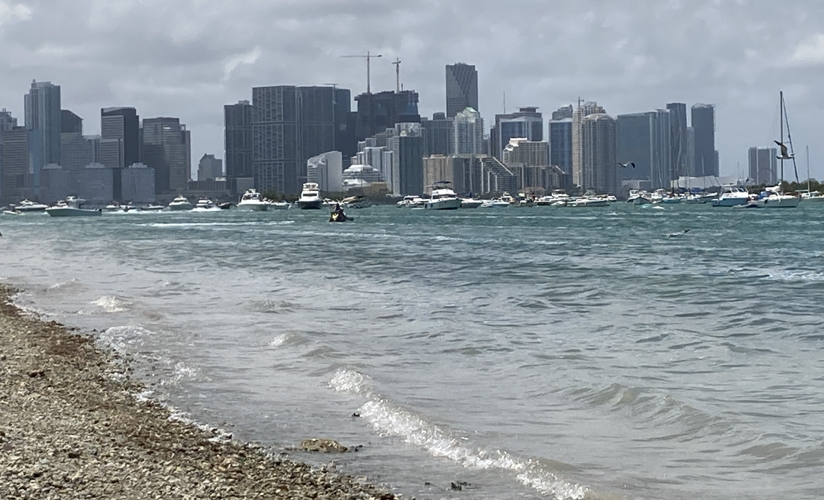 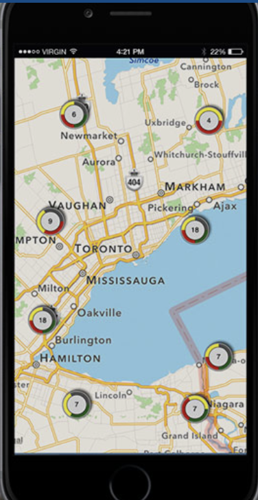 Part two of a two-part series about South Florida’s water quality. For part one, click here.

Water quality in Biscayne Bay is of particular concern during summer, as the rainy season heightens risk for nutrient pollution from runoff and warmer waters mean less oxygen for marine life.

Summer also means seaweed. Sargassum seaweed season is March through October. Blooms occur naturally and provide habitat for certain marine life and can even soak up nutrient pollution, said Silverstein. But larger than normal blooms, as have been occurring in recent years due to climate change, can spell trouble, Silverstein said.

“When (blooms) are in high abundance on the coast, they can hinder sea turtles from reaching beaches and they can cause water quality issues. When (the seaweed) gets stuck in mangroves, it can decompose and start low oxygen events,” akin to the low-dissolved oxygen event that led to last summer’s fish kill,” she said. “It’s looking like this is going to be particularly difficult this season.”

Sargassum normally seeds in the Sargasso Sea, in the Atlantic, but has started seeding in the Caribbean, “blooming out of control,” said Silverstein. “It’s one of these negative effects from climate change” and nutrient pollution.

According to the Village of Key Biscayne government website, “seaweed is not hauled off the beach because of the amount of sand that is also removed with the seaweed during the hauling process. This leads to beach erosion over time” and “disposal costs of seaweed are extremely high and make this process financially impractical...rather than getting removed, the seaweed gets mixed with the sand by Beach Raker, a local contractor.”

Silverstein recommends letting the seaweed decompose in the open air rather than mixing or burying it with the sand, which only “incubates the bacteria.” She also encourages composting the seaweed and converting it into natural fertilizer, solutions that according to the Miami-Dade website are already in use at four sargassum hotspots.

Miami Waterkeeper collects 22 recreational water samples weekly around Miami-Dade and Broward counties, testing for “levels of enterococci; a type of bacteria that indicates that pathogenic bacteria and viruses associated with fecal pollution may be present.” Test results are available every Tuesday through the Swim Guide app or website.

- Mattheson-Hammock and Jose Marti Park are marked as red and “met water quality standards less than 60% of the time.”

According to Swim Guide, “Miami Waterkeeper will mark a beach as ‘RED’ on Swim Guide after a single failed test is reported.”

Miami Waterkeeper samples sites “not currently sampled by the Florida Department of Health’s Florida Healthy Beaches (FHB) program in an attempt to fill in gaps in local water quality monitoring.”

FHB’s most recent results are from May 24 and list Crandon Park North-Key Biscayne and Key Biscayne Beach as in “good” condition. These sites were listed as having “moderate” levels of enterococci on May 17. FHB could not be reached for comment about this distinction.

“Nutrients ⎯ like nitrogen and phosphorus ⎯ are naturally present in the water and necessary for the healthy growth of plants and animals,” the DEP website explains. “However, excessive delivery of nutrients to a waterbody can lead to rapid growth of algae. Chlorophyll-a is a pigment that scientists can readily measure to determine the concentration of algae in a waterbody. Too much algae can negatively impact fish, wildlife and humans.”

DEP could not be reached for further comment on these chlorophyll-a results in Biscayne Bay.

Further north of the village, particularly at Lake Okeechobee, toxic blue-green algal blooms are a concern. The Florida DEP’s weekly Blue-Green Algal Bloom Weekly Update reports satellite imagery on May 26 showed “moderate to high bloom potential on approximately 30% of Lake Okeechobee, with the heaviest accumulation along the northern and western shorelines.”

The update reports levels of microcystins in certain areas as well. The EPA’s website explains “microcystin is a potent liver toxin and possible human carcinogen.”

“The most likely pathway to exposure (to algal toxins) for humans is through accidental ingestion or inhalation during recreational activities in lakes, rivers and bays,” notes the EPA.

Florida DEP advises “staying out of water where algae is visibly present as specks or mats or water is discolored pea-green, blue-green or brownish-red. Additionally, pets or livestock should not come into contact with the algal bloom-impacted water, or the algal bloom material or fish on the shoreline.”

To the south, water quality problems in Florida Bay usually arise from hypersalinity due to an inactive rainy season,” said Dr. Steve Davis, Ph.D., Vice President of Communications & Engagement, Senior Wetland Ecologist at The Everglades Foundation. “If there’s no freshwater, that bay gets twice the salinity of the ocean,” as seen in 2015 when 50,000 acres of seagrass died.

Florida Bay’s salinity is in good shape for this summer, Davis said this past April. “We’re not going to experience (hypersalinity) this summer, mainly because we have a lot of freshwater there right now” due to the active rainy season of 2020.

For more information on water quality across Southern Florida, see the links below:

Jessica Simpson had an affair with a 'massive movie star'

Taylor Lautner: Being in Twilight left me with body issues

Olivia Flowers' brother has died at the age of 32

Irene Cara's cause of death revealed