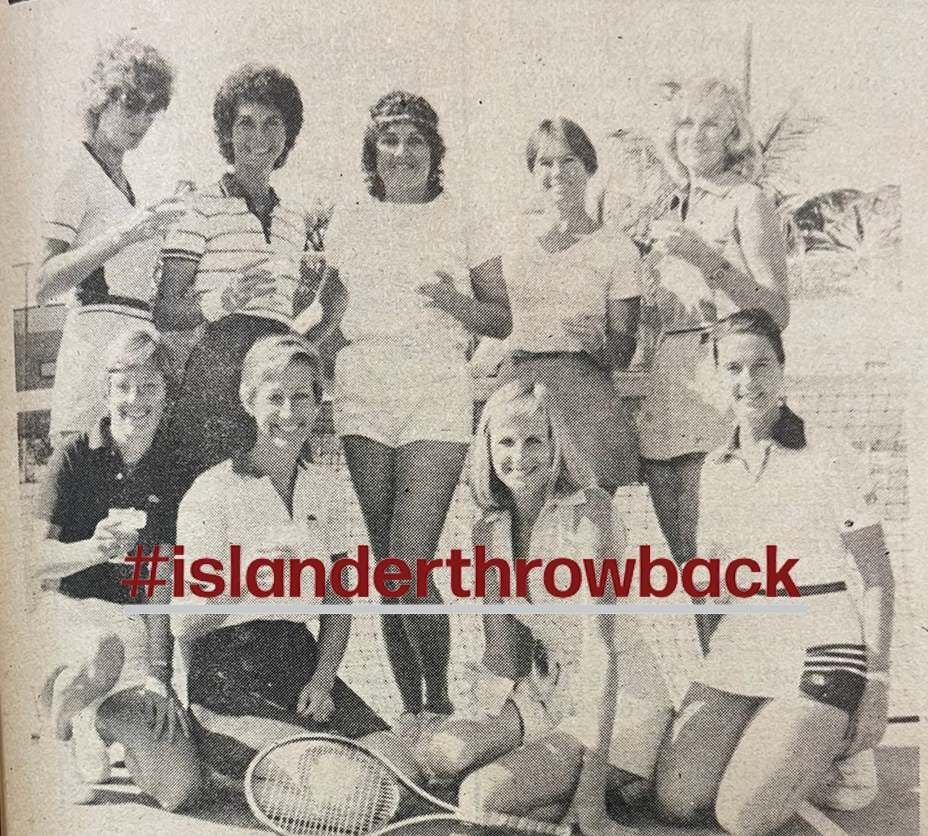 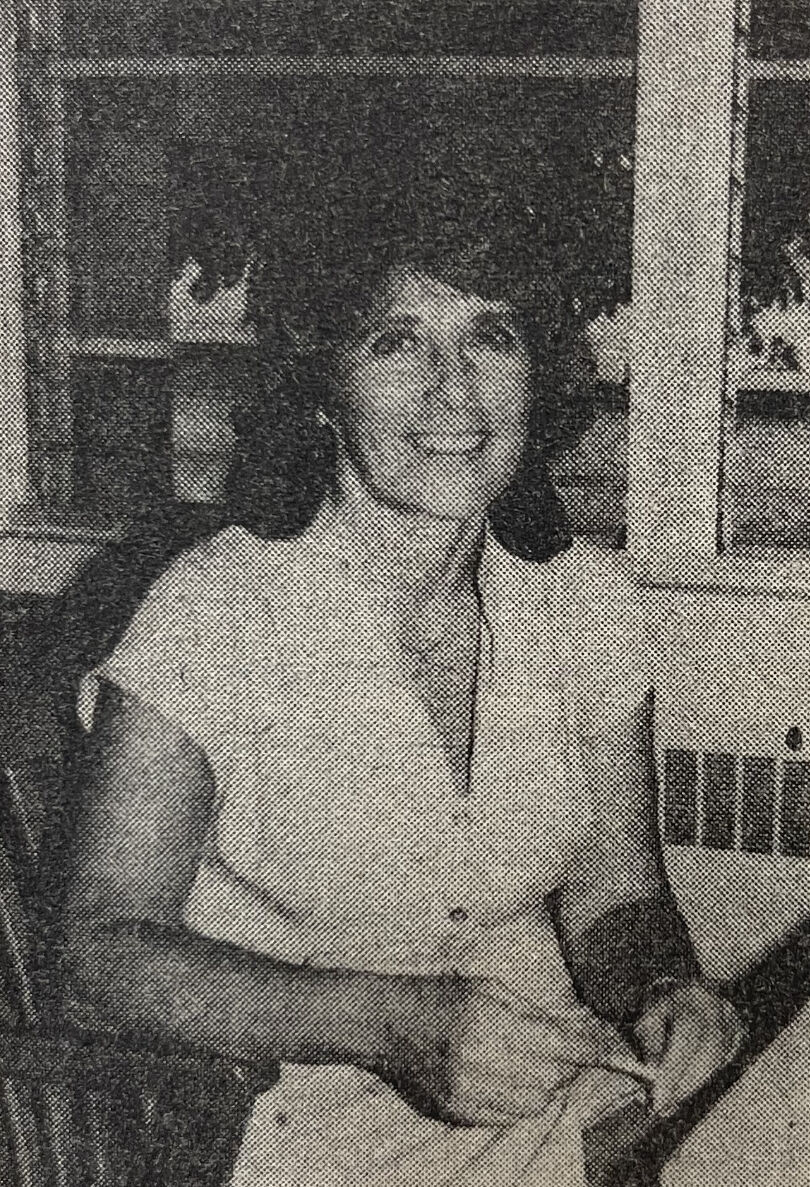 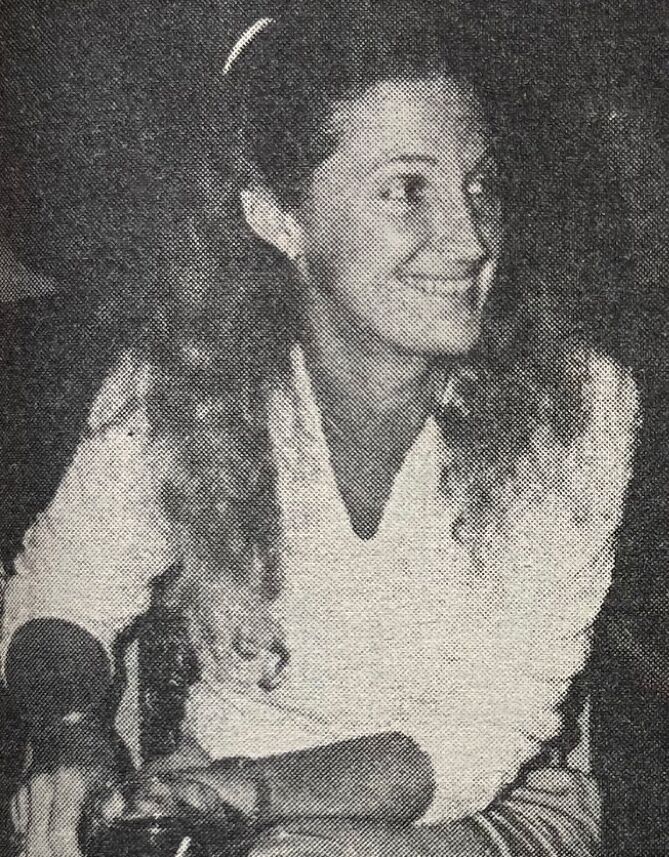 Dyan Easton attended a party to thank sponsors of the upcoming Mercy Ball. 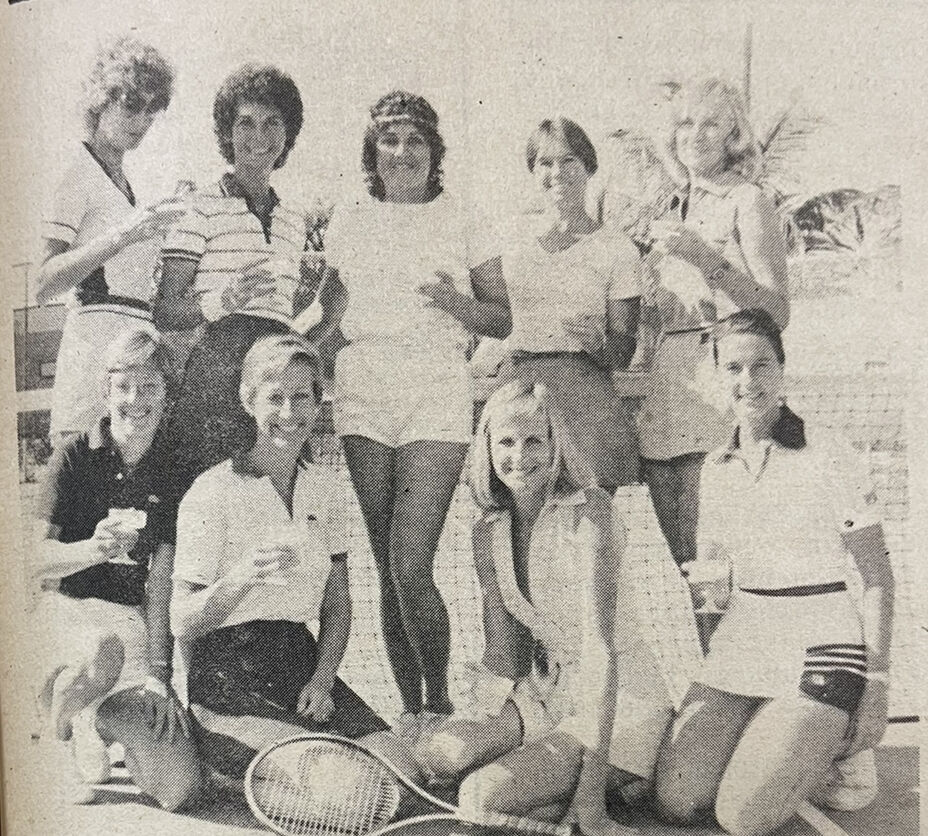 With over 30 years of professional journalism under her belt, author Joan Blank has just written her first book called Give Your Whole Self, which was completed in December 1980 and published in October 1981.

Born and raised in the The Big Apple, Blank found her present home on Key Biscayne back in January 1952, when she and her family lived in one of the cottages on the Matheson Coconut Plantation. It was the tropical isle of your dreams, she said, and they lived on the plantation for 14 years. “I used to take my typewriter down to the beach and write fiction and a few feature articles,” Joan stated.

She raised her three children on the island and her son, Robin, now 30, is completing a book written in Japanese in Tokyo on East/West Relations. Her daughter, Susan, is a physical education teacher in Gainesville, and her youngest, Prudence, is a fine arts graduate and lives in Maine.

From the Key to the Gables to Texas then to New York, Joan (Gill) Blank returned to Florida to live in Coconut Grove where she married Dr. Harvey Blank, chairman of the Department of Dermatology for the University of Miami Medical School. In 1975, they moved to Key Biscayne.

On October 25, Mrs. Marge Berger joined the first-grade teaching team of Mrs. Rhew and Mrs. Robinson at the Key Biscayne Community School. Mrs. Berger has 20 first graders in her home room and three teachers make up the class plans for all the children.

Having had the experience of being a teacher’s aide at the Community School since September of 1979, Mrs. Berger feels we’ll acquainted with the school and the children who attend,

This year, Mrs. Berger was a substitute teacher for the sixth grade while the permanent teacher was on a leave of absence. The opening for a full-time first grade teacher was offered to her and she decided to accept.

Mrs. Berger and her family moved to Key Biscayne in1969. She was born and raised in Allentown, PA, and attended Southern Seminary Junior College and Kutztown State Teachers College, where she received her degree in elementary education.

“The most important part of my job,” Mrs. Berger said, “is to see the progression of children with their reading and math levels, which is the decisive factor in their future studies. I also want them to be happy and well adjusted children.”

As November 1st and the Mercy Ball draw closer, chair Esther Picaza and her committee are checking the final details to make certain everything will be perfect for one of Miami’s most exciting nights of the year.

The theme of the ball is The Land of Ahh’s and you can start down the yellow brick road by calling Sara Salazar at the Mercy Foundation and make your reservation. The ball, which will be in the Omni International Ballroom, promises to be an enchanted land with all the magic associated with Dorothy and her friends.

Chamber concerned with more than commerce.

The Key Biscayne Chamber of Commerce was started in 1964. Headed by Tom Loucks, a small group of business and civic minded individuals met in the back of the old barbershop that was then in the main shopping center. As time changed, so did the location, with the office now being in the Key Biscayne Bank Building.

The small group has now grown to 400 members, but the main idea remains the same. The Chamber acts as a clearing house for complaints and to promote business on the Key. This is somewhat different from other Chambers of Commerce in that they deal with more than just business activities on the island.

The Chamber has actively taken part in the beautification of the Island as well as supporting the many civic activities. One of their main promotions is for the new library.

The Chamber is a sponsor of the new Crime Watch program, the Fourth of July Parade and the Christmas Tree lighting.

Although the Key Biscayne Marching and Chowder Chomping Patriotic Band has had many starts, it never has any endings. It is more apt to just change its tune and move into a different style of music.

The first of the Chowder Chompers Bands was an off-beat group of musicians headed up by Tommy Sykes. During the sixties the group could be seen almost anywhere, from the Yacht Club to just marching down the street.

Without ever calling it quits, the band slowed its rhythm until the Key Biscayne Chamber of Commerce decided to pick it up again. With the help of Frank Jones as conductor, the band was back on the road again. They made their second generation debut in the 1972 Fourth of July Parade.

It took the band no time at all to grab the hearts and ears of Island residents. The band meets Monday evenings at the Community School.

No bathrooms and grilling areas among ideas proposed for Beach Park improvements; results of resident survey to be announced at Thursday meeting